Go in search of the Beat in Tangier

In the 1950s, Tangier was a place for the beatnik set to escape to. It was close to Europe, but warmer and more relaxed, and the cafés of the northerly Moroccan city soon filled up with creative types, including the authors Tennessee Williams and William S Burroughs.

Today, you can still sense that spirit in some of Tangier's famous hangouts. Places like Café Hafa, with its network of balconies painted in fading white and blue, where there’s a cacophony of conversation and clicking dice games, wiry waiters hefting glasses of mint tea to ornately tiled tables, and glorious vistas out towards the outline of southern Spain, a mere 2km away.

Tangier’s reputation as a hub of social freedom and licentiousness can be traced back to its former life as an ‘international zone’. Between 1924 and 1956, it was controlled (and ‘controlled’ is a generous term here) not by the Moroccan government, but by a ragged consortium of foreign powers, including France, Spain and Britain. 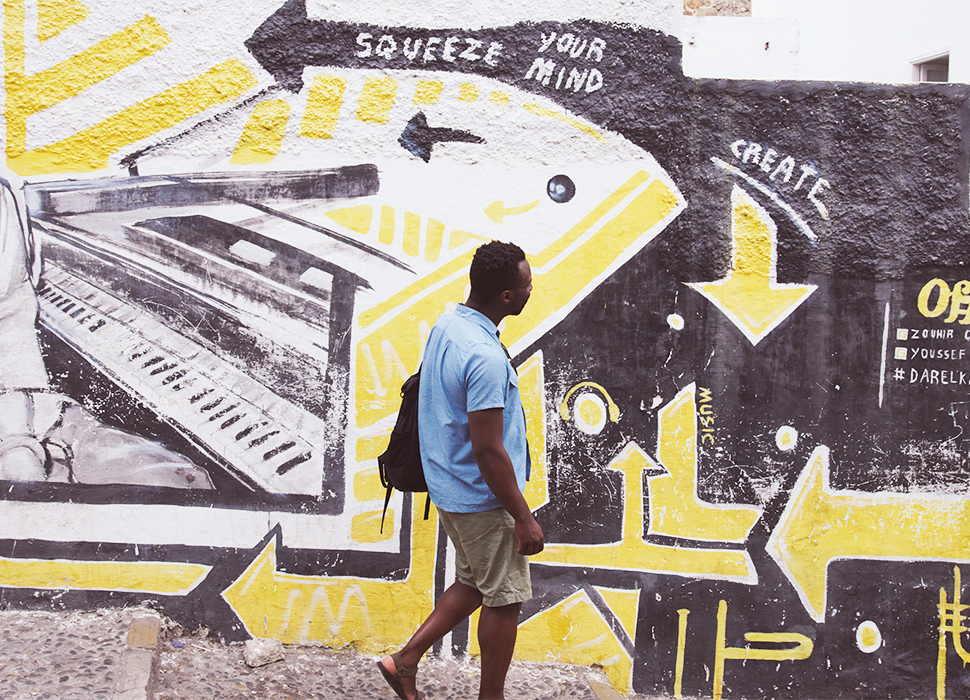 Art on the streets of Tangier / Image: Ben Stockley

This separation from some of the strictures of North African culture bred an anything-goes cosmopolitanism that attracted spies, smugglers and the West’s liberal-minded, sexually ambiguous artists, particularly since, at the time, homosexuality was still illegal in most nations.

Soon everyone from Jean Genet and Joe Orton to Henri Matisse and heiress Barbara Hutton were pitching up, lured by tales of vibrant cafés, tolerant locals and a burgeoning artistic scene in a palm-fringed paradise. 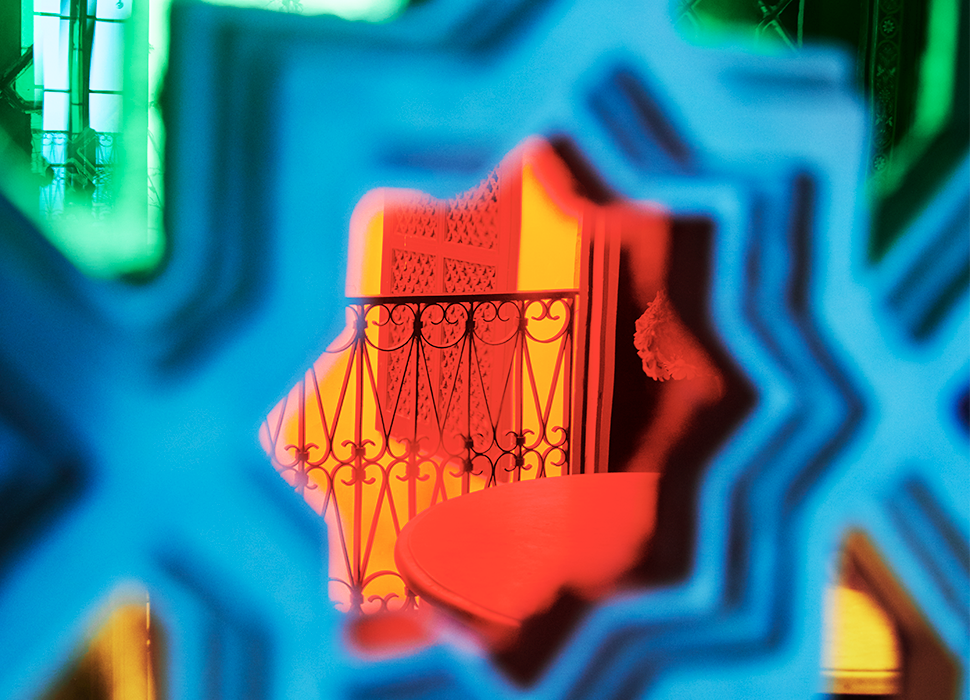 In the city centre you'll find historic establishments like the Cinematheque de Tangier which offer a lively sense of how both the old and new Tangier are managing to coexist. Perched on the edge of the noisy Grand Socco market square, this arthouse multiplex, bar and café is the unofficial clubhouse of young, hip Tangerines.

With brightly painted walls, framed film posters, drooping plants and shoe shiners buffing boots nearby, there's a sense that this is where you would probably find Burroughs or American writer Jack Kerouac (who also ventured here) if they were alive today.

Close by, a grimy alley is home to the Tangerinn bar, an evening spot where a picture of Burroughs glares down from the wall; and the still decidedly humble Hotel El Muniria rooming house, where both Kerouac and Burroughs stayed and the latter wrote the bulk of Naked Lunch, his experimental, provocative masterpiece.

Tangier may no longer be quite the same place that entranced and enticed a particular crowd of louche, bohemian artists during the 20th century, but it still possesses a character, spirit and unruly magic that feels indestructible.

It’s a city that still rewards a degree of fearlessness, adventure and spontaneity. The beat goes on.