The finest things to do in Malta for families

Need to keep the little cherubs occupied but don't want to miss the best this marvellous island has to offer? Don't fret – there's plenty to do with kids of all ages in Malta

1. Expand their minds at Esplora

You’ll know all about how we need to get more kids into STEM – that's science, technology, engineering and maths. Well at Malta’s funky hands-on tech museum, they shove an extra A for 'art' in the middle, making it STEAM. Cool, huh? At Esplora, there are more than 200 indoor and outdoor activities, from a 4K planetarium to an cheerfully grisly replica of a human digestive system, and kids are encouraged to play as they learn. There’s a very decent café too, for when mum and dad run out of steam.

2. Quack on at Duck Village 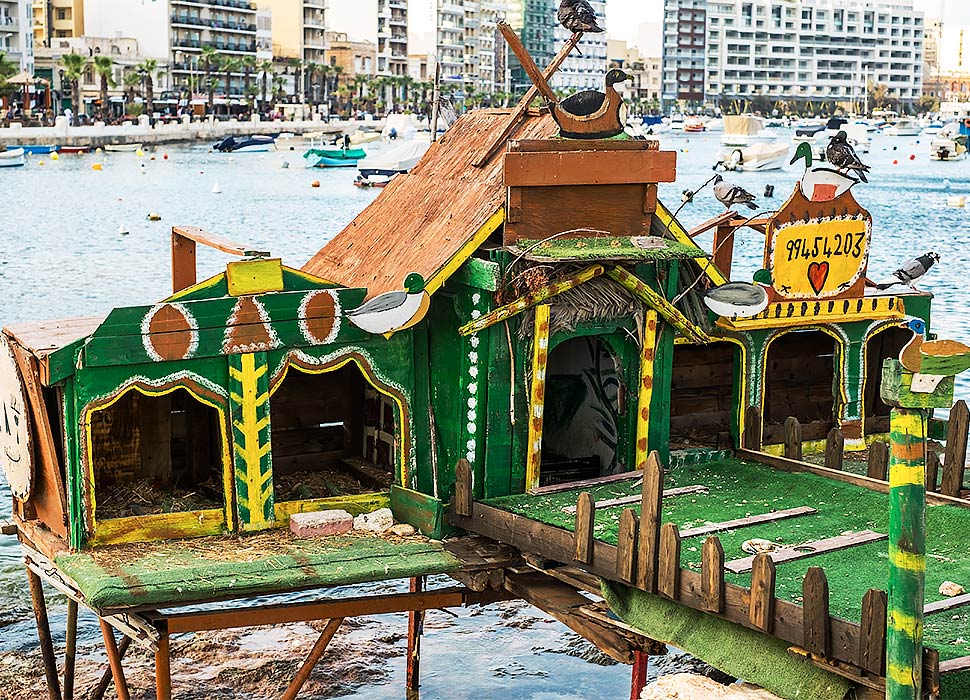 Kids will get in a mighty flap for Duck Village / Image: Adobe Stock

Just over the bridge onto titchy Manoel Island – you can walk from mainland Gżira in no time – residents have erected an adorable, colourful little shanty town for ducks. This happy patchwork of recycled materials, decorated with donated soft toys and cutesy signage, is home to dozens of the noisy web-footed critters, who over the years have been joined in their colourful canard commune by chickens, the odd stray cat, rabbits and even guinea pigs. Still, the ducks are quite rightly top of the bill.

3. Go figure at the Playmobil Funpark 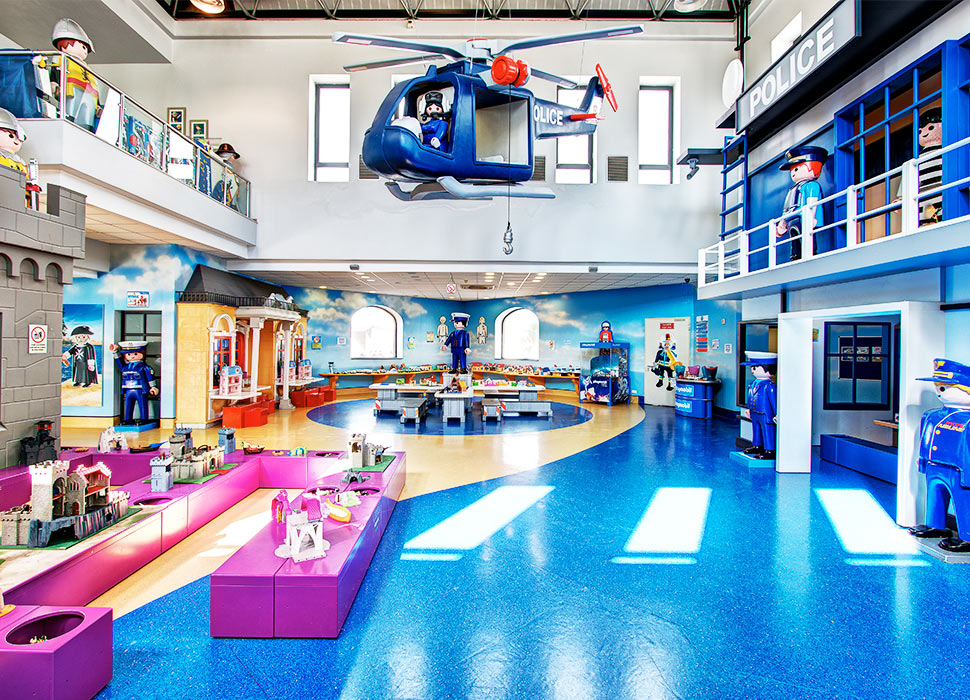 The world’s second-biggest Playmobil Factory is in Malta, and the facility, which offers tours, is also blessed with the inspired addition of an indoor and outdoor playpark populated by lifesize replicas of the much-loved smooth-bodied figures. Let your little ones run amok amid a handful of themed zones – the medieval castle is especially popular, including a photo op in the plastic throne, and just outside there’s a great big colourful pirate ship for them to scramble all over. Fair warning, there’s a gift shop you’ll be expected to navigate too. 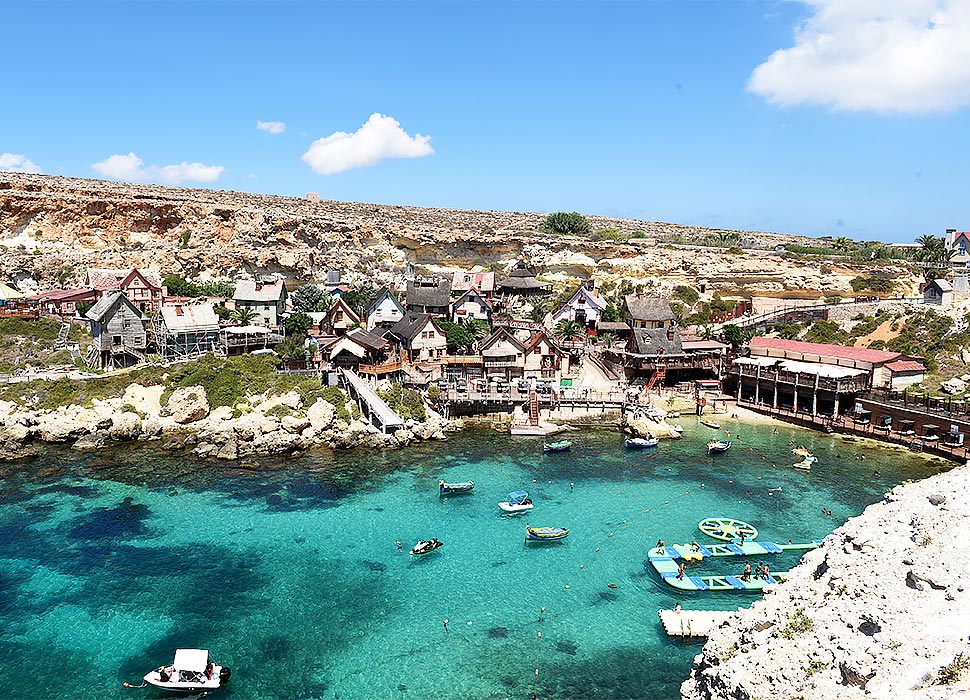 Fans of the iconic, chain-smoking, swole seafarer Popeye the sailor man are in for a treat. Because the 1980 big-screen movie adaptation of the spinach-munching superstar – directed by Robert Altman and starring Robin Williams in the title role, no less – was filmed on Malta, and its original Sweethaven film set is still standing. Get up to all kinds of kid-friendly fun here, like putting your head in some stocks, and even participating in a re-shoot of the movie’s classic scenes.

5. Hit the slide at Splash and Fun Water Park 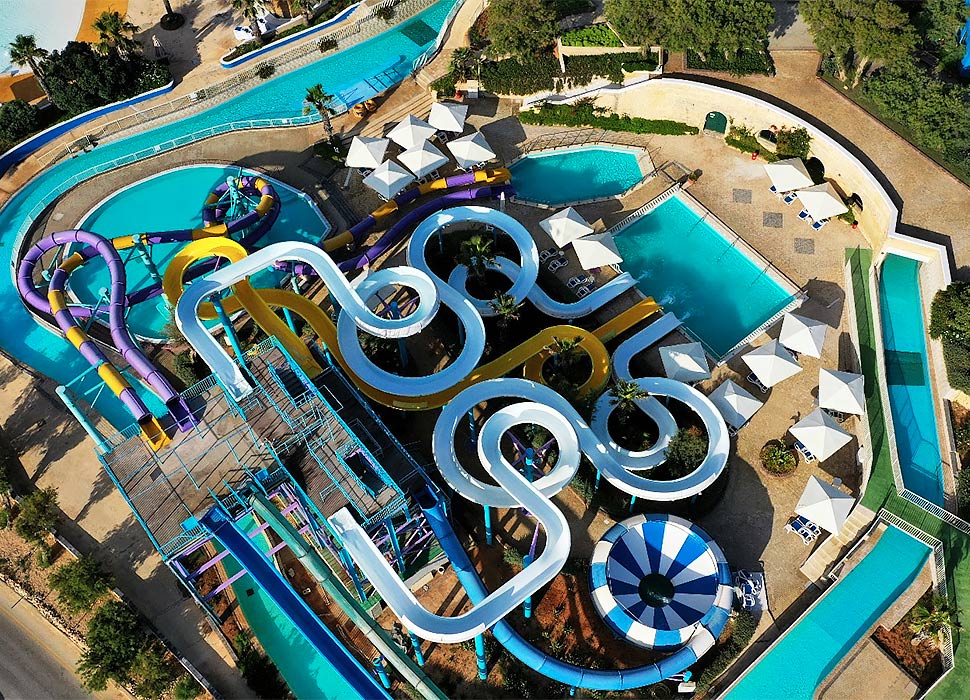 Feel your troubles wash away at Malta's biggest waterpark

Malta’s biggest – and best – waterpark does a nice job of appealing to adults and kids. For little ones there’s lots of cute splashing fun with slides, a dinosaur-themed pool and adorable mini-carousels. For bigger thrillseekers, there’s a load of big scary slides with names like ‘The Sidewinder’, a broad deck for catching some all-important rays and a groovy wave pool. And afterwards young and old can all get together at the super-cool gelateria.

6. Monkey around at BOV Adventure Park 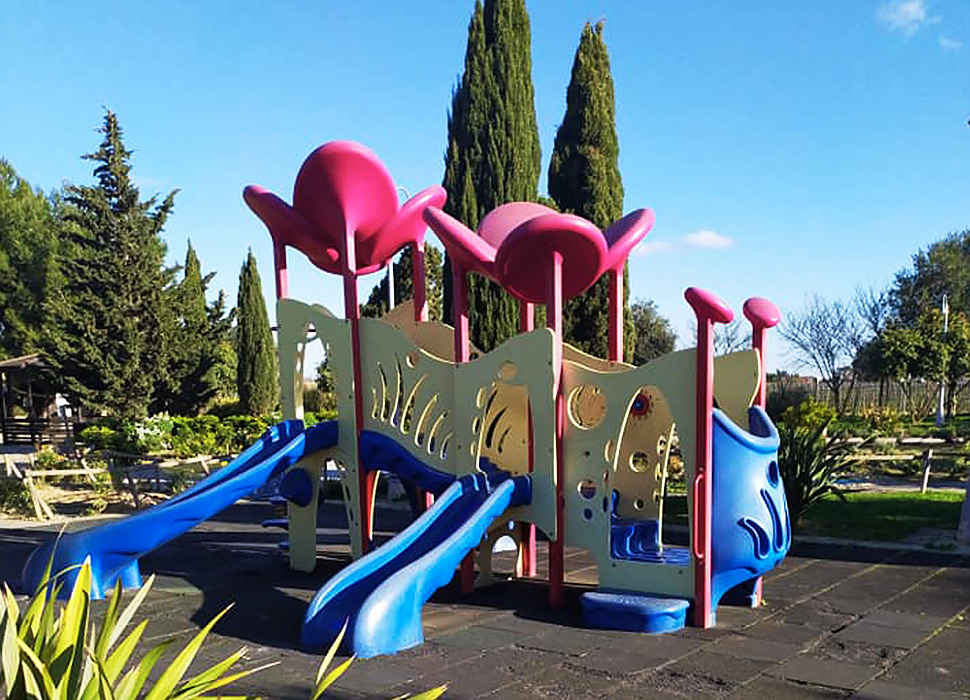 A botanical attraction at BOV

If your little tykes are bursting with energy and need tiring out, you could do a lot worse than setting them loose at this sprawling adventure playground, set in prettily manicured gardens around a former RAF runway. Its giant modern climbing frames, set on forgiving squidgy ground, are just right for gangly older sprogs, with colourful mini-slides nearby that are perfect for cherubic toddlers. There’s a giant, multistorey, SAS-style adventure frame decked out in car tyres for the truly bold – booking very much advised – and a nice café that serves wine by the bottle. Just saying. 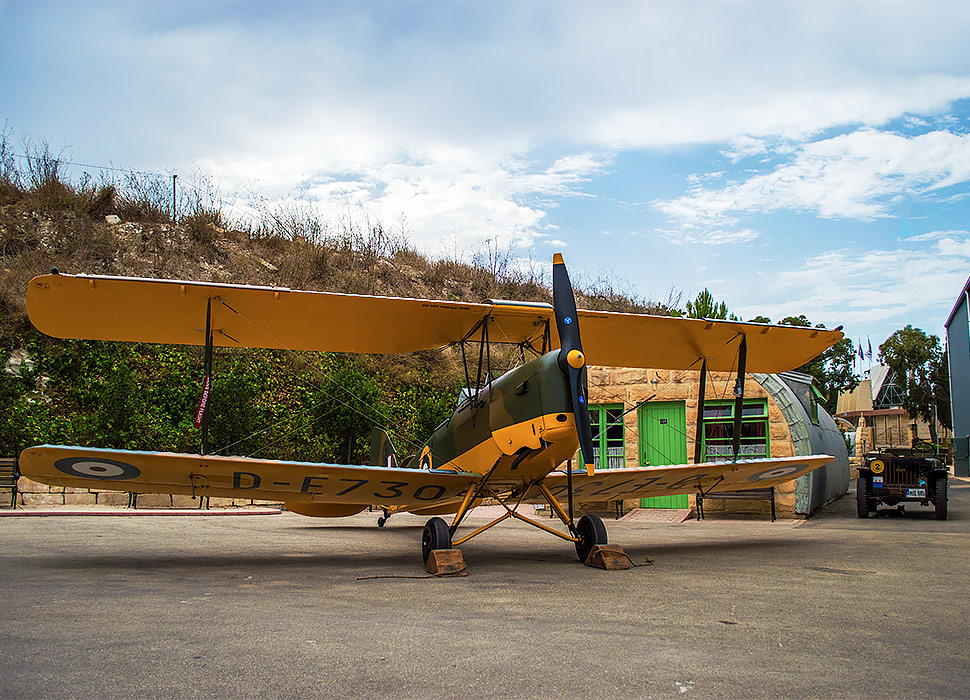 For the Maltese, military history is a big deal. As well as its famous skirmishes going back to the Crusades, the entire island was awarded the George Cross medal for valour and heroism by sticking up for the good guys in World War II (and they were so chuffed they put the medal on their flag). The island's Aviation Museum is a good way to honour and learn about the tiny nation’s military sacrifice – the main draws are a Supermarine Spitfire, and a Hawker Hurricane that was recovered from the seabed nearby and lovingly restored by the expert team.