“What I’m trying to create here is – whether we’re showing art or we’re screening films – you’re gonna see someone who looks like you, who is you, who’s representing you.” London-based artist, Romeo Roxman Gatt is fired up. He’s returned home to Malta to realise a longstanding, dream project of opening a gallery. Alongside fellow artist Charlie Cauchi, he’s launched Rosa Kwir the Mediterranean island’s first LGBTQIA+ gallery and archive, aiming to reframe the local narrative, opening a positive dialogue around the trans masculine and non-binary experience. It’s something that hasn’t been done on this Roman Catholic island before. 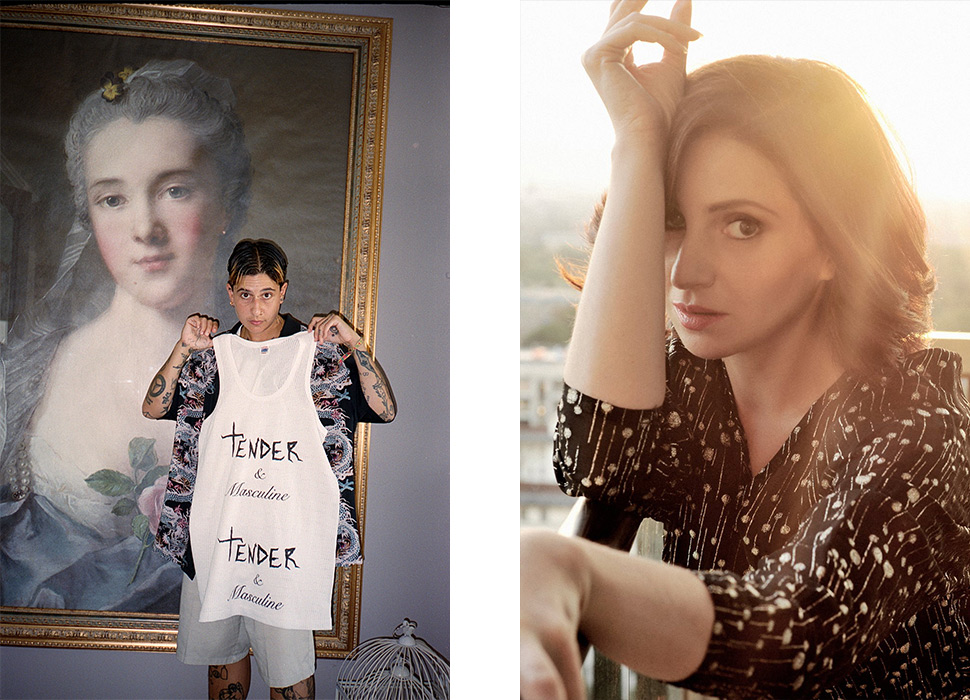 LGBTQIA+ marriage has been legal in Malta since 2017, but there’s a huge gap in the documentation of the island’s LGBTQIA+ history – and particularly trans history. “We are accepted if we’re doing what heteronormative society has been doing for ages, repeating exactly the same model of 2.4 children,” Gatt explains. The dichotomy of progress vs tradition is the delicate, frustrating mire that Maltese creatives wade through, and Gatt and Cauchi are committed to forging ahead. “As LGBTQIA+ people we need to be radical,” he says.

It’s something Gatt has long been considering in his work. With this project, he’s taken it one step further: collating stories and artefacts of the Maltese trans masc experience. 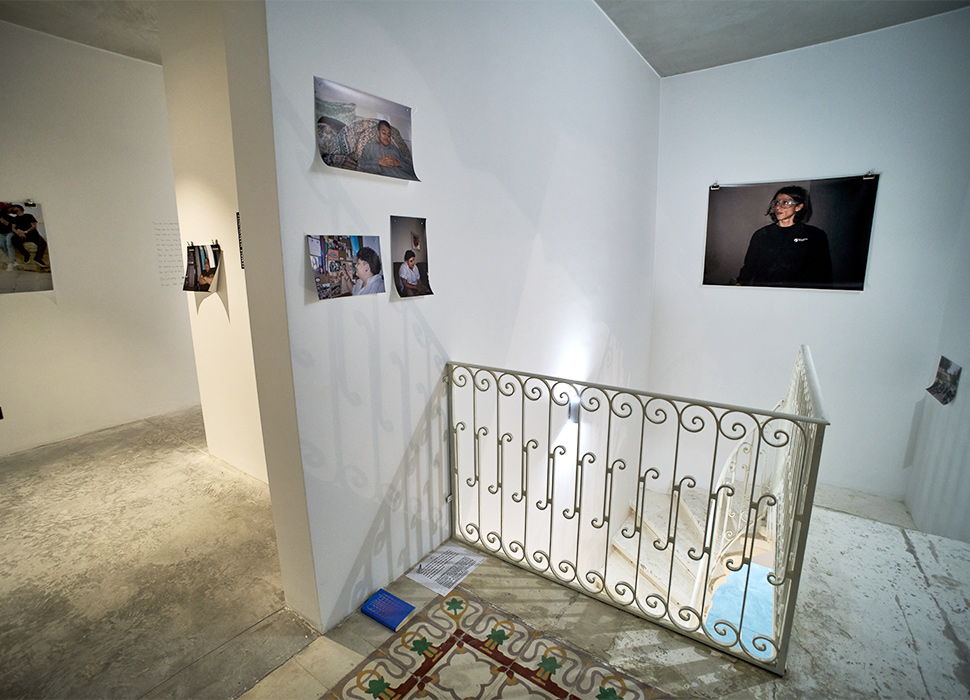 Both the archive and project space are named Rosa Kwir, after the first intersex person recognised by local doctors in the 1770s, a rare example of this being recorded in Malta. When the island’s queer histories are explored, it’s too often via tragic stories. With Rosa Kwir, Gatt is challenging those stereotypes. “The intention was to bring in people from the LGBTQIA+ community and see all these people on the wall who are doing so well and really happy with who they are,” he says.

The first ten months have seen the launch of Rosa Kwir’s archive – exhibited and published both in print and online – as well as talks, readings and film screenings, such as the award-winning documentary on cult trans Canadian composer Beverly Glenn-Copeland, Keyboard Fantasies. “You can’t really call it a gallery,” Cauchi muses. “You can’t really call it an archive. It’s doing its own thing and we still don’t know what that is. Our program has been really varied, from a curatorial perspective – being able to put on film screenings one week, then host writers and musicians, and now a three-month-long show.” 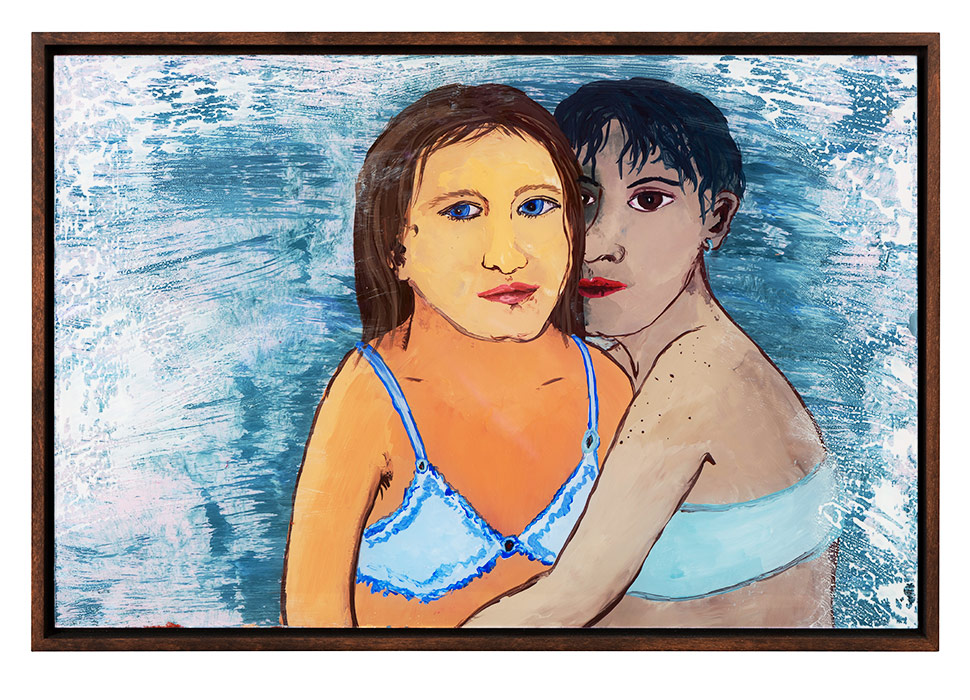 Rosa Kwir’s first major group show, Tender & Masculine, opens on 7 October 2022, with 13 international artists exhibiting in the space. The thematic thread from the archive to the exhibition is key. “With the archive, I’m trying to start a conversation around healthier notions of masculinity,” Gatt explains. “I’ve been looking into macho culture, specifically in Malta. I think it’s really important to address all facets of masculinity, there are still many problems attached to it. As a trans man, I feel like I have a responsibility to talk about this – to discover another kind of masculinity.”

The duo put a call out requesting artistic proposals focusing on ideas of tenderness and masculinity. They were overwhelmed with the response. “We planned to have a really small show, but over 300 applications came in,” says Cauchi. “It’s all really varied.” The selected work includes the humour-infused photography and video work of Amy Pennington, emotive illustration and photography installations by German Harry Hachmeister, and vivacious performance art from Colombian Caribbean artist Carlos Maria Romero. 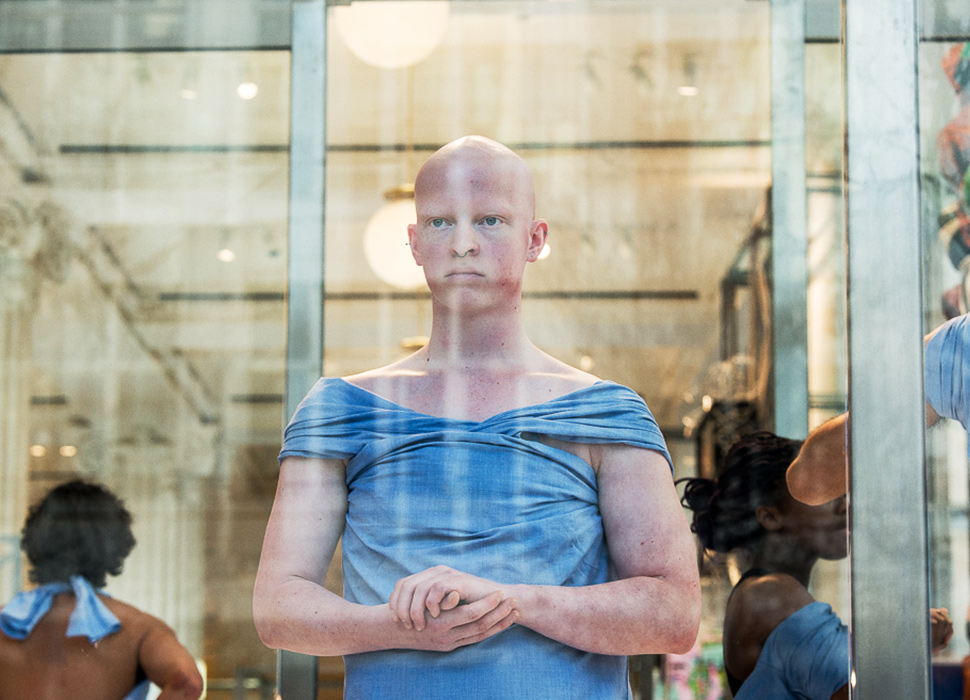 Gatt is excited about the show. “If I was a kid and I had someone show me all these works, I would go away inspired.” He’s deadly serious about inspiring the next generation and has been leading workshops for school groups in the gallery. “Some kids are really open and accepting. They tell you stuff, like ‘we’re all different, but we all fly’ – it’s so amazing.”

It’s a valuable shift for Malta that shows how things are changing on the island. “We have really good new laws and medical care,” Gatt continues. “Changing one’s name and gender marker is really straightforward, which is not the case in many countries. However there needs to be an investment in education because you meet people who still have no clue. They don’t want to read up about trans people unless they know someone who’s trans.” 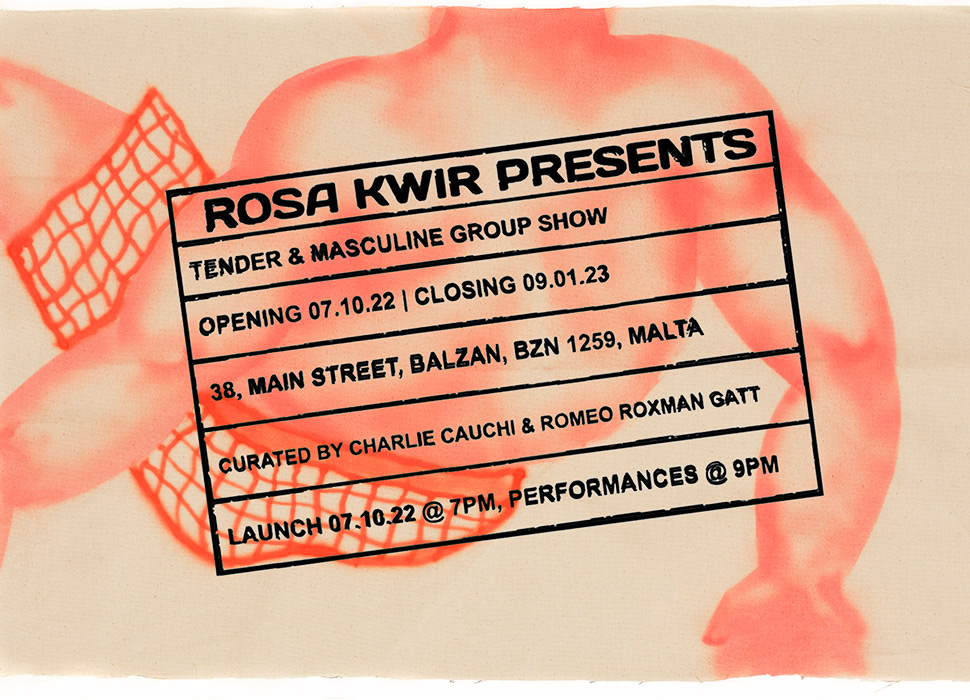 Tender & Masculine is supported by Malta Arts Council and will run until January but the plans for Rosa Kwir don’t stop there. “The next step is to raise funds to open it up more and include a library,” Cauchi explains. “I hope it becomes a place where people can just come and feel like they can hang out,” adds Gatt. “I want it to do whatever it wants to do. I know we’re driving it, but I want it to float and I’m not gonna stop it.” 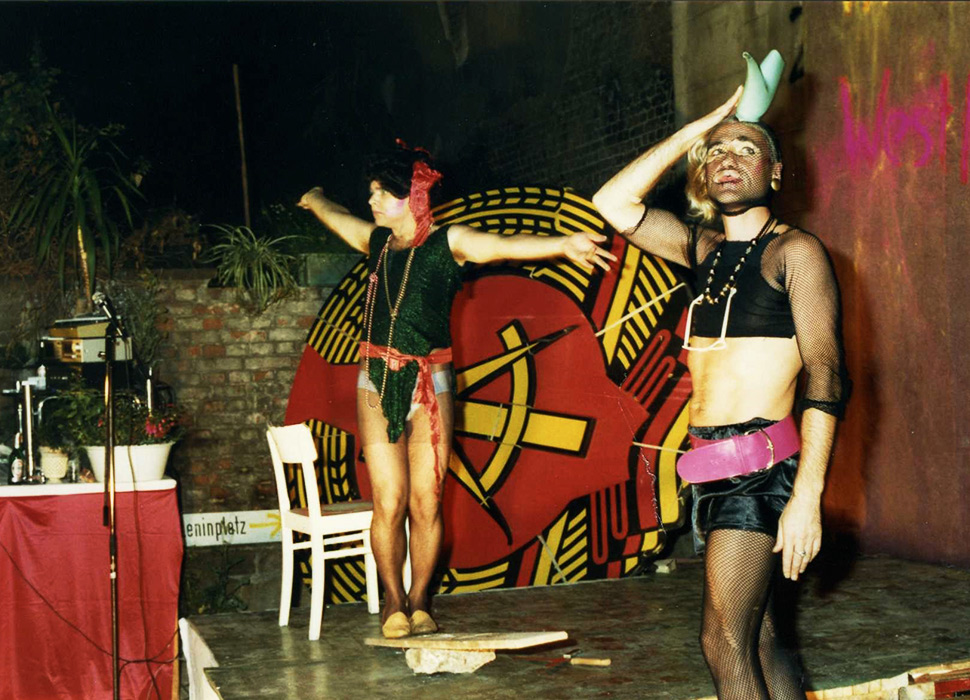 Three more progressive galleries to check out in Europe

This awesome east London space is committed to empowering underrepresented voices in the art world. The founder, Ellie Pennick, has cast aside the traditional money-making gallerist model in favour of supporting the next generation of creatives, acting as a partner rather than management.
gutsgallery.co.uk

M{if} opened its doors in 2017 as an antiracist and queer-feminist project, aiming to exist as “a platform for experiences and a laboratory for critical thought”. The Museum of Impossible Forms is a multidisciplinary space that hosts projects and events alongside its multilingual library and archive.
museumofimpossibleforms.org

Founded in 1985, the Schwules Museum was the first exhibition space in the world to focus on the LGBTQIA+ experience. It’s still going strong today, and alongside its mega archive (which has items dating back as far as 1896) it also shows exhibitions on queer history and community.
schwulesmuseum.de