The best things to do in Malta 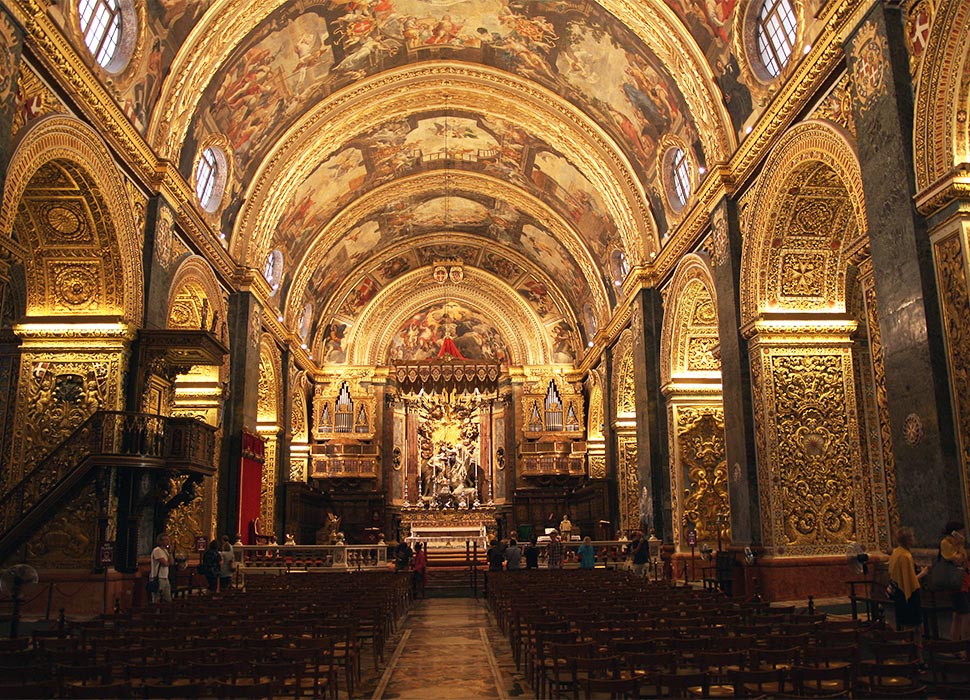 This 16th-century masterpiece of an ecclesiastical pile was initially the church for the sacred Order of the Knights of St John – the famous Knights of Malta – and laid out by noted local architect Gerolamo Cassar. The floor of both the church and its glorious attached oratory are paved with marble tombstones, under which lie the remains of the knights. There are some 364 slabs in total, each covered in Latin inscriptions talking about the interred knights' heroic deeds. With every inch of the place beautifully decorated, it's a truly holy experience. 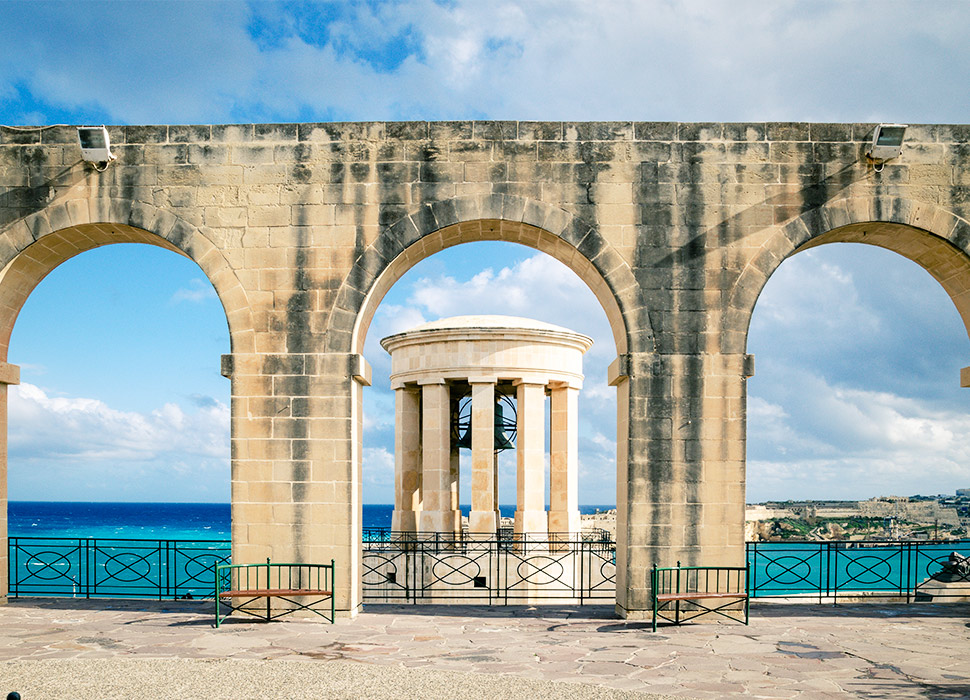 Once an exclusive and private relaxation spot for the Knights of Malta (them again), Upper Barrakka Gardens is situated at the highest point in Valletta, commanding awesome views over the harbour and capital itself. The lofty terrace is bestrode by a mighty stone arcade and monuments to Winston Churchill and Sir Thomas Maitland, a former Maltese governor. It’s a great place for a breather, or to grab a photo with your sweetheart amid serene classical pillars and fragrant foliage, with the twinkling Med the ultimate picture-perfect backdrop.

3. Travel back in time to Gozo 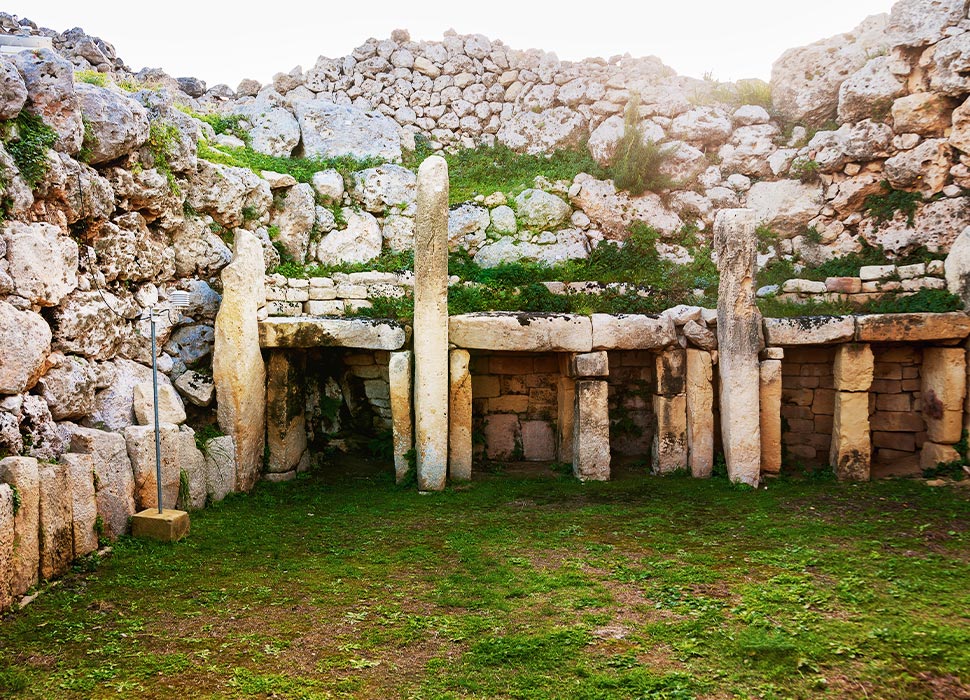 Often referred to as Malta’s little sister, the island of Gozo is a short hop away by ferry and well worth a day trip. When you’re there, make time to check in on an old friend – 5,500 years old, to be precise. The Ggantija megalithic temple complex is older than Stonehenge and the pyramids at Giza, and is believed to have been erected in honour of an ancient fertility cult. It faces southeast, towards the rising sun, and is recognised by Unesco as the oldest freestanding building on Earth. It’s still looking pretty neat, all things considered.

4. Flood the market at Marsaxlokk 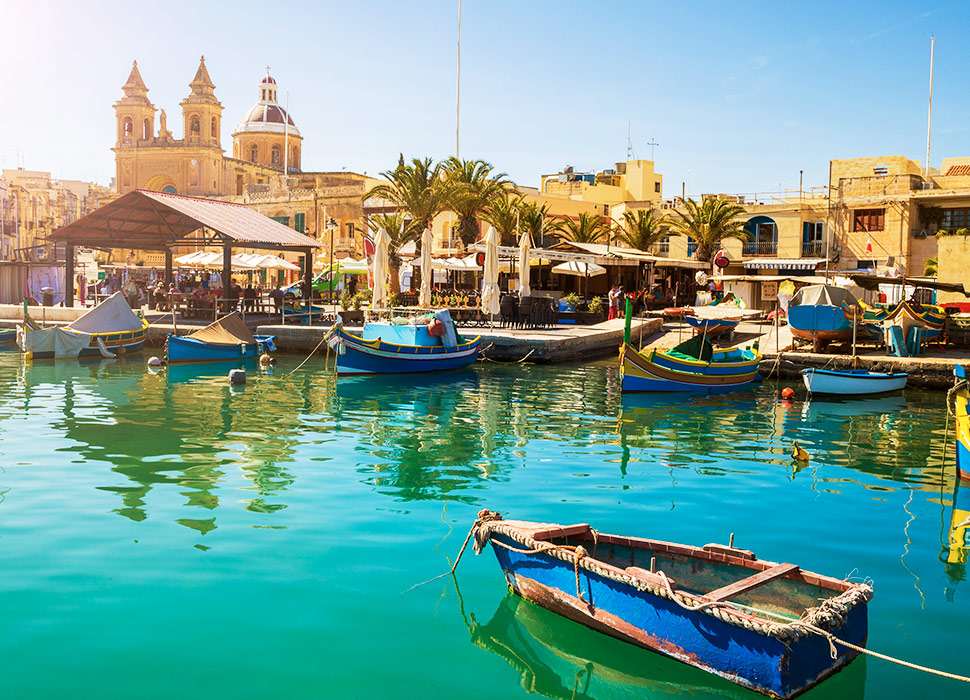 Pronounced ‘marsa-schlock’, meaning ‘southern port’, Marsaxlokk is Malta’s biggest fishing village. Every Sunday the popular market sells fresh-off-the-boat fish, alongside fun trinkets and local crafts, in the shadow of a 19th-century Mannerist church dedicated to Our Lady of Pompeii. Don’t miss your photo op with the boats – known as ‘luzzus’, they’re painted in bright primary colours and decorated with the Eye of Horus, a symbol of protection from the elements that superstitious anglers have clung on to since ancient times. 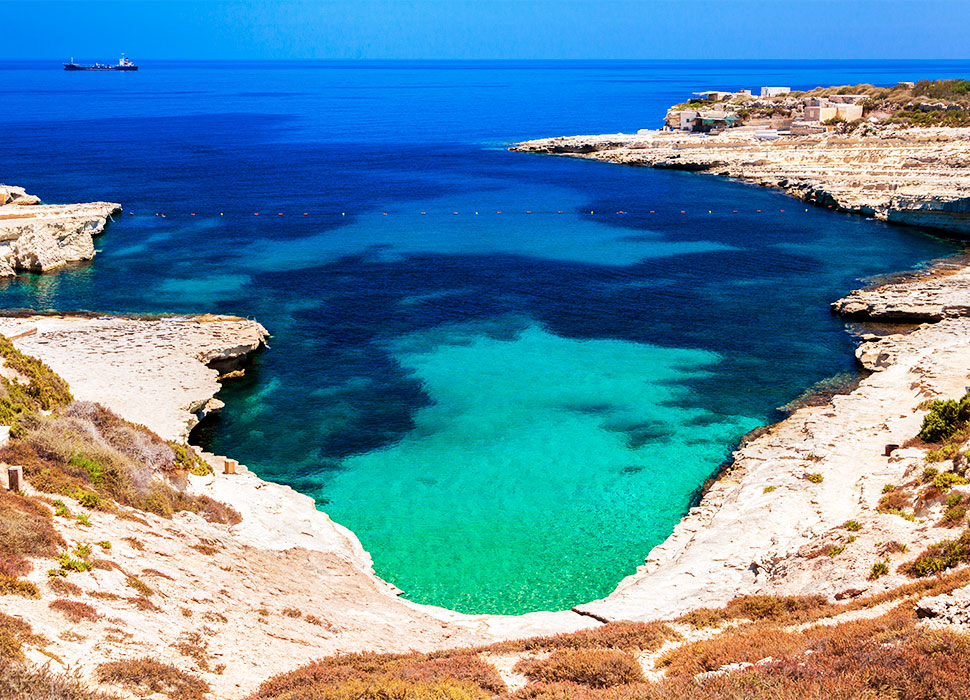 A little way up the coast from Marsaxlokk, St Peter’s Pool is as picture-perfect a swimming spot as you’ll ever find. A broad, flat, horseshoe-shaped cove gives way to bright turquoise and green waters that are shallow and perfect for snorkelling. There aren't any facilities so make sure to bring all the water and snacks you need. Ready for a dip? A ladder leads into the sea, or, if you’re feeling brave, leap right in from the rocks themselves.

6. Make an appointment with Valletta Harbour 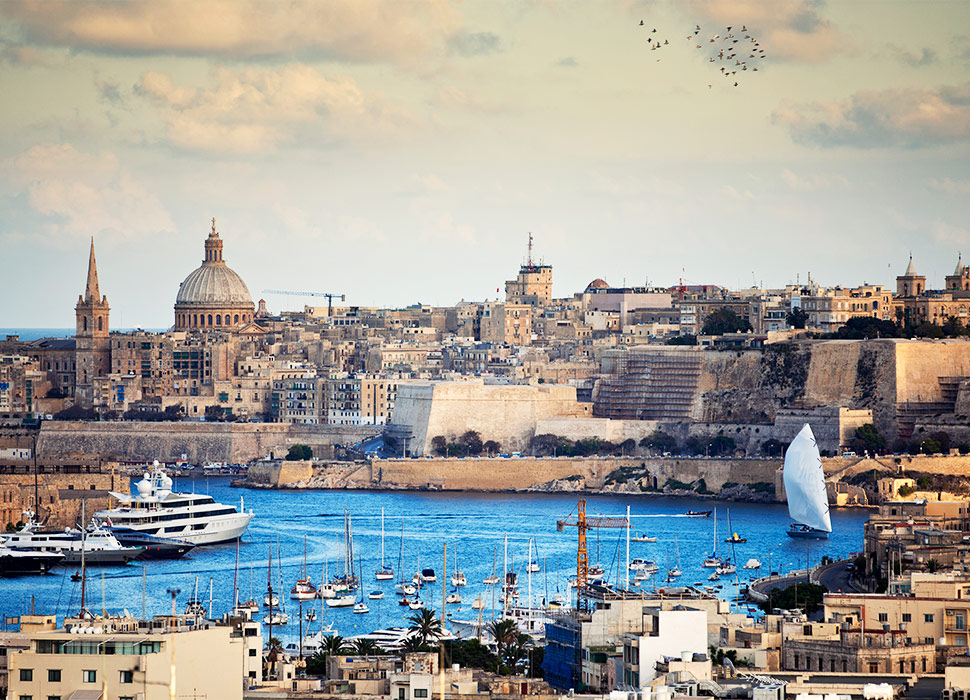 Valletta's appropriately-named ‘Grand Harbour’ has seen a thing or two in its long life. Serving the so-called Three Cities of Bormla, Birgu and Isla, it’s been in constant use since Roman times, and all the fortifications you see today were hastily erected to fend off invasions from the likes of the Ottomans (as in the Great Siege of Malta in 1565). It’s well worth organising a trip out on the water to see for yourself how busy it still is, with cruise ships and tankers coming and going. For best results, schedule your voyage for noon or 4pm to catch the traditional time-marking cannon blast.

7. Tuck into a timpana 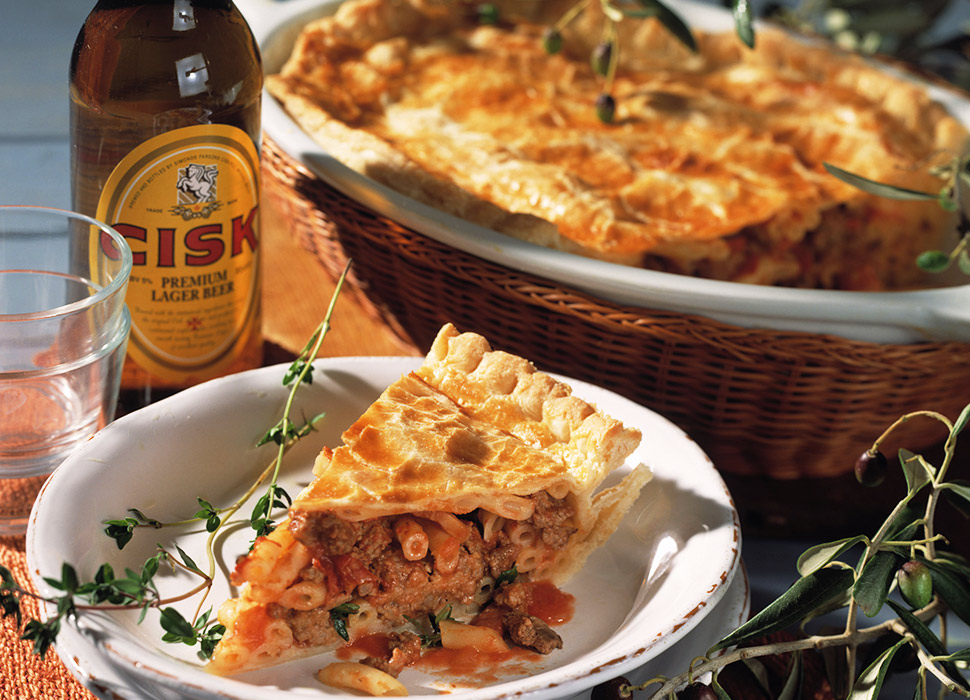 This Maltese classic is truly the crown prince of pasta pies / Image: Alamy

One of Malta's favourite dishes – reflecting the heavy Italian influence on the island and much of its cuisine – is the timpana. It’s basically a carbtastic pastry pie stuffed with macaroni. To sample the best of it, try the no-nonsense homemade iteration at Mr Maxims Pastizzeria (at 184 Triq ix-Xatt), or sample a saucy hand-cut slice from Queen’s Pastizzeria (at 44 Monsinjur De Piro, Il-Ħamrun). Pro tip: bring your loosest trousers.

8. Paint the town in Paceville 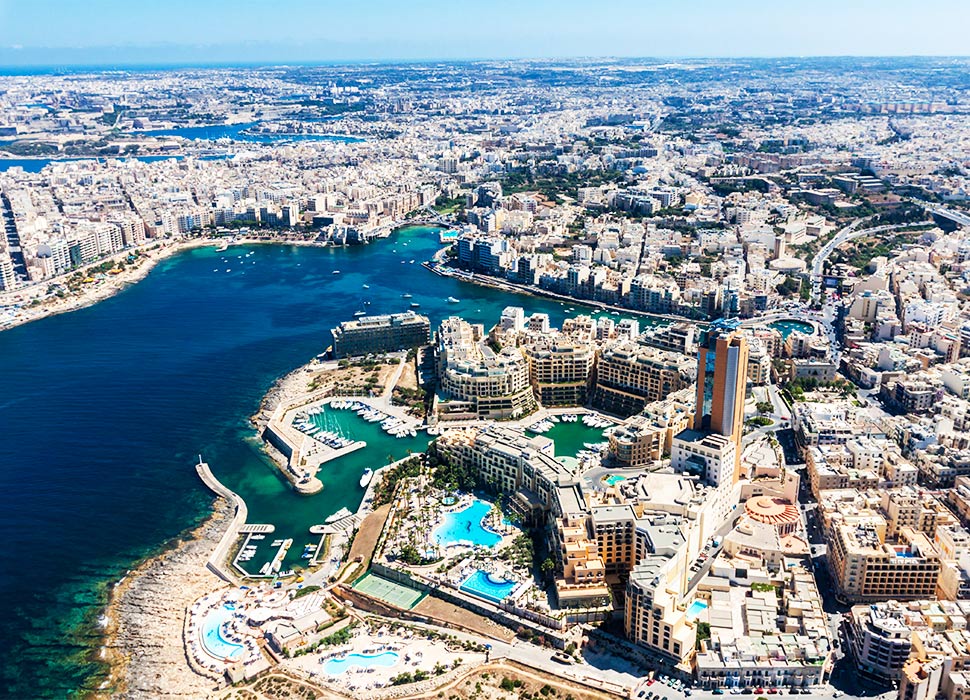 On the whole Malta is a laidback place, where folks take it easy and live according to the gentle rhythms of fishing and family. But Paceville and St Julian's comprise a strip of coastline where dozens of good bars and nightclubs clamour for your attention. Shadow Club (on Triq Santa Rita) is a slick operation with decent cocktails and a lively EDM soundtrack. For an exclusive upscale vibe, Twenty Two (at Portomaso Business Tower) offers great views over St Julian's and the bay, but it’s not cheap. Native Bar (at the Main Staircase), on the other hand, offers a sweet mix of fresh sounds and keen, backpacker-friendly prices.

9. Take in a show at Manoel Theatre and Museum 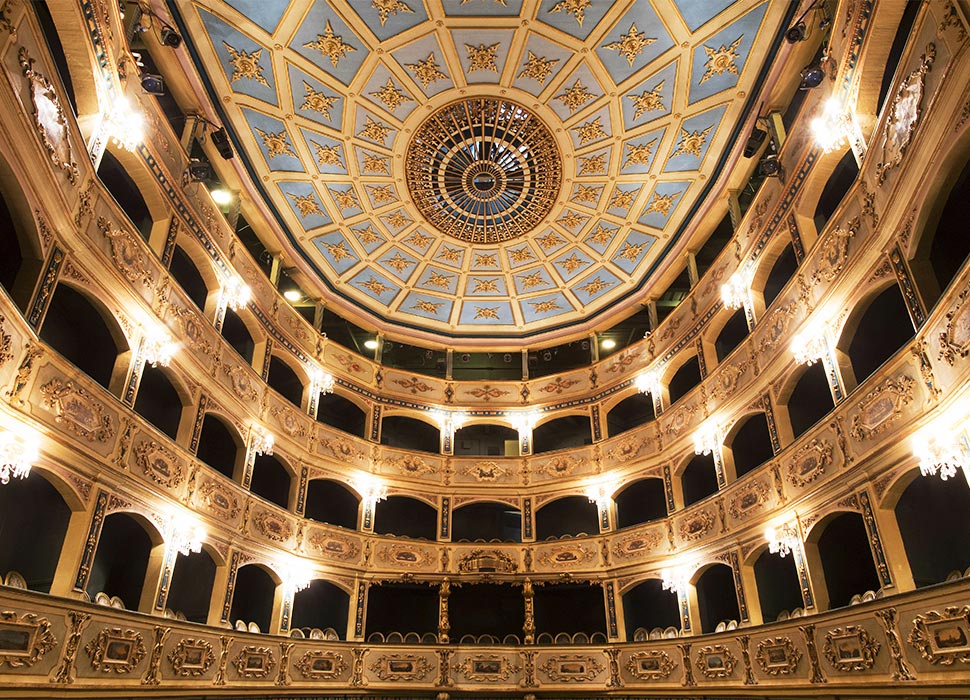 Said to be the oldest working theatre in Europe, the Manoel was inaugurated in 1731 pretty much as a public utility, for the ‘honest recreation of the people’ (or ‘Ad honestam populi oblectationem’ as the Latin inscription over the front door still reads). The Knights Of Malta themselves were the first actors to perform here, but since their day the programme of ballets, operas, pantomimes, musical recitals and dramas have been cast with proper good local and international talent. The baroque decor – all stacked balconies and an hypnotic trompe-l'œil painted ceiling – is worth the ticket price alone. 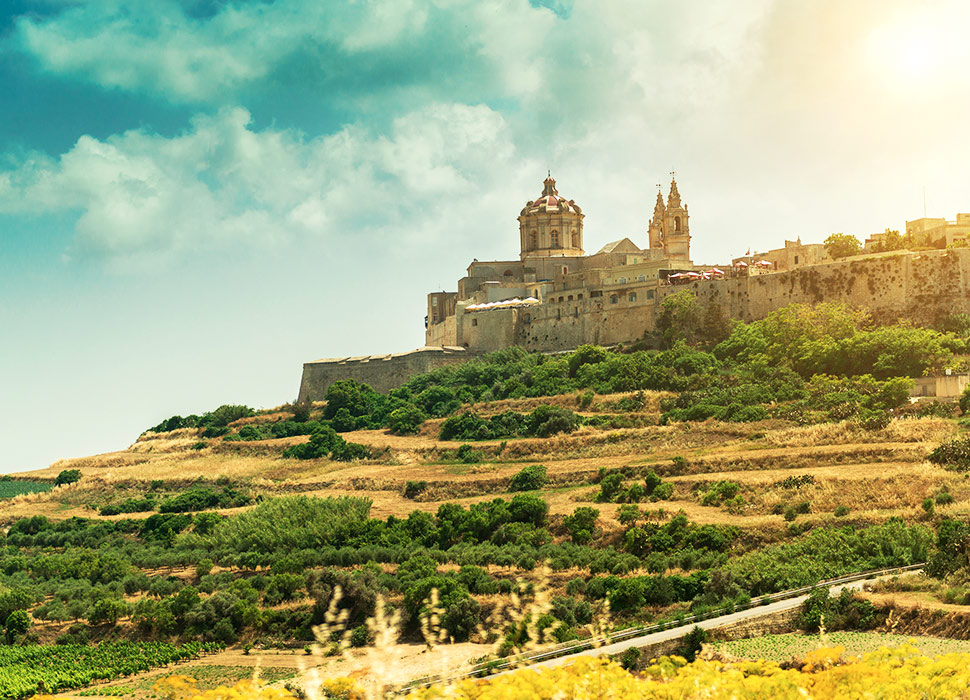 Mdina’s medieval nickname, ‘Citta Notabile’, or ‘the noble city’, still sums it up rather nicely. A (very) ancient walled city where cars are nowadays largely banned, it’s still inhabited by several wealthy grandees of Malta who trace their lineage back centuries. For a taste of true Mdina refinement, swing by the Fontanella Tea Garden (at 1 Bastion Street) for a cuppa, a dainty pastry and a view over the surrounding farmland. It’s not all sweetness and light though – check out the catacombs and dungeons that speak of the enclave’s occasionally violent history.