The 7 best lampredotto in Florence

A cow's fourth stomach – stewed, chopped, slathered in salsa verde and piled into a bread roll – is perhaps the definitive taste of authentic Florence. These are the best spots to get your hands on a top-tier lampredotto in Tuscany's finest

In a city so revered for its sophistication and cultural pedigree – the Renaissance! Michelangelo! Botticelli! – it’s striking that Florence’s most iconic street food is basically tripe. Lampredotto is prepared very specifically using the fourth stomach of a cow, the abomasum, slow-cooked in an onion and herb broth, served in a bread roll with a dollop of salsa verde and, if you fancy it, chilli sauce. Infinitely more appetising than it looks (or sounds), here are our favourite lampredotto spots around Florence.

Want the full experience of this magical city? Here's how to spend 48 perfect hours in Florence.

Or perhaps it's even more pious thrills you're after? Head south, but not before reading our complete guide to visiting Vatican City. 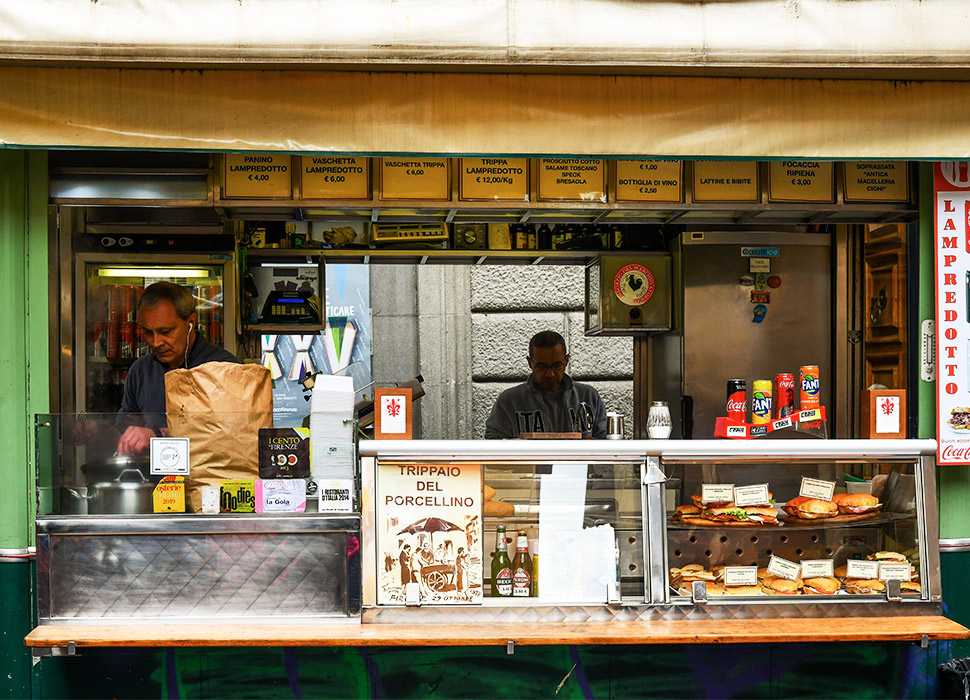 An OG stand not far from Ponte Vecchio / Credit: Alamy

To watch owner/manager Orazio Nencioni make a lampredotto at his little kiosk on Piazza del Mercato Nuovo is to watch a great artist at work. His family have been flogging lampredetto here or hereabouts – originally from the back of a bicycle, until Florentine health authorities put a stop to all that – for over a century. The bread is dunked in the tripe broth for just long enough to soak up the flavours, but not make it structurally weak. Truly a maestro.

When you wander into Mercado Centrale – that’s the central market – turn to your left and you’ll see the longest queue in the place. That’s for Da Nerbone. The team here have been slinging Florentine’s signature tripe sarnies since 1872, and the old-school, fairground-style stall indeed cooks up an unforgettable lampredotto, boiled with celery, onions, garlic, fresh herbs, tomatoes and carrots, with a piquant smear of chilli sauce and trademark salsa verde.

This unassuming hole-in-the-wall between the cathedral and Palazzo Vecchio will happily hook you up with a generously over-stuffed lampredotto and a plastic cup of decent Chianti for about €5. If that isn’t great value we don’t know what is. Owner-slash-cook Maurizio is famously cheerful and happy to offer friendly travellers samples of his other goods, in particular the divine prosciutto and sumptuous porchetta. 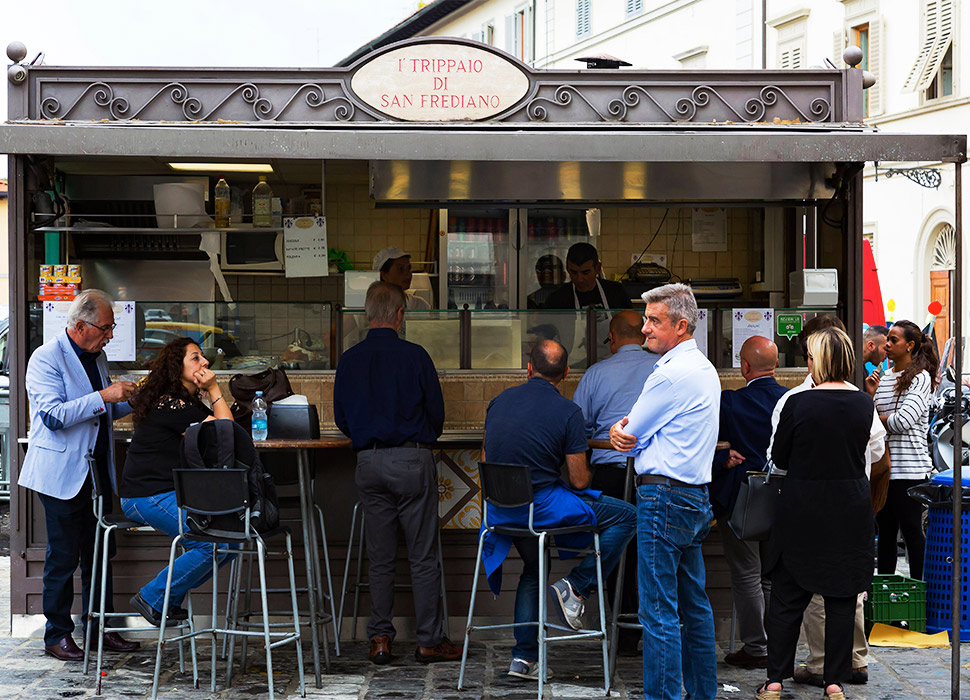 Look for the long line snaking from a modest kiosk situated in Piazza dei Nerli just off on Borgo San Frediano in the vibey district of Oltrarno. Gossipy, chatty owner Simone knows a thing or two about lampredotto, and his take is just the right side of too-spicy, served – as God intended – in a hunky, chewy, mildly herby bread pocket. Offal from a humble food truck setup never tasted so fine.

It doesn’t get much more authentic than this bang-central trattoria. Sergio Gozzi has been serving up tripey Florentine goodness – and the kitchen’s justifiably world-famous pappa al pomodoro soup – since 1915, and the decor has hardly changed an iota in all that time. The lampredotto here is somewhat more of a plated, sit-down affair than other on-the-go breaded variants. Order a half-carafe of crazily cheap wine and settle down for a proper retro munch.

Another lampredotto spot in the Central Market – although the same crew also rocks a very fetching vintage Mercedes food truck that pops up around the city – Ditta Eredi Nigro is a family affair from start to finish. Current head honcho Lorenzo Nigro credits his grandparents for establishing the family tripe business, and he keeps the flame burning with a jealously guarded secret recipe and a cleanly-presented, crusty take on the nourishing cuisine of his forebears.

Not one for the faint-heated, this well-respected eatery with limited seating in the Mercato di Sant’Ambrogio displays its wrinkly tripe front and centre on the counter as you’re queuing up. But it’s the real deal – great juicy morsels of spicy goodness sandwiched in bread dunked in broth, with plenty of red wine to wash it down and ample change from €10. Intense and so rewarding, for any bold punters who have the stomach for it.