Skiing on a smouldering volcano could be Italy's most unique adventure / Image: Getty

Skiing on a smouldering volcano could be Italy's most unique adventure / Image: Getty

If, for whatever reason, you find the conventional skiing experience to be dull, humdrum or played out, then volcano skiing in Italy is the adrenaline hit you need. On the island of Sicily, thrill seekers can whizz down Mount Etna overlooking Catania between November and April, occasional smoulder and all.

Mount Etna is Europe’s highest active volcano. Despite being located in the southern Mediterranean, the 3,000m-high mountain has a surprisingly long ski season. Snow typically lasts from November to April and there are two ski resorts – Linguaglossa and Nicolosi – taking advantage of the winter conditions. 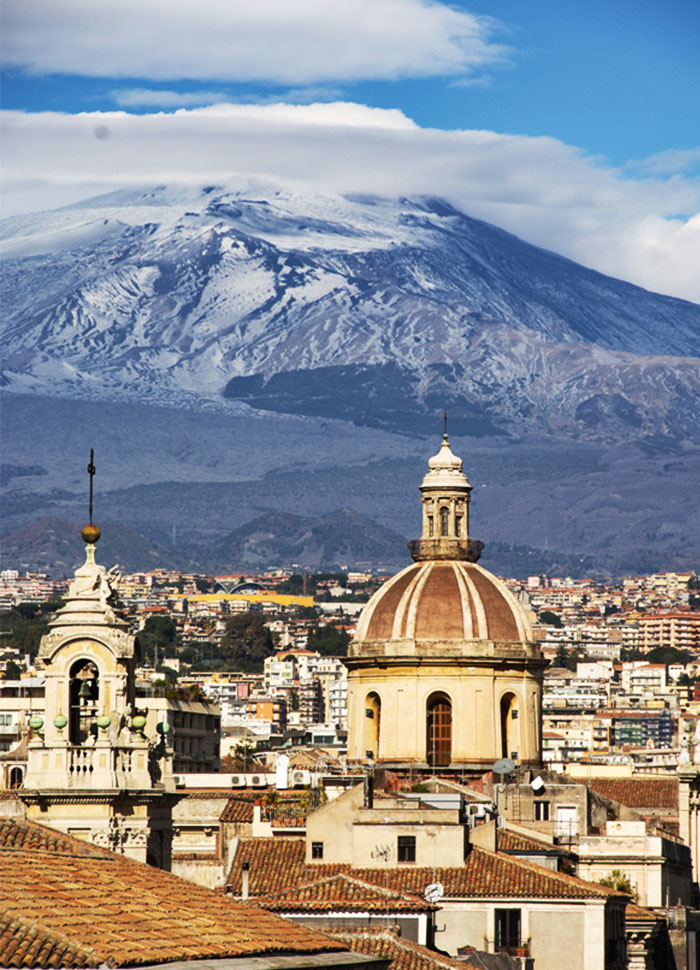 There’s also a fair chance of seeing some geological action – skiers have been known to chase smouldering boulders down the slopes. For which activity you may well be tempted to hum the Mission Impossible theme tune under your breath as you go.

Be sure to drink in the dazzling sight of the Ionian Sea glistening in front of you as you cascade down Etna – which, by the way, translates as ‘I burn’ in Greek. Just the place for those who lava bit of drama.