The Roman theater in the Sicilian town of Taormina, with Mount Etna in the background / Image: Adobe Stock

The best things to do in Sicily

easyJet flies to both Palermo and Catania on the Italian island. From explosive cones to old monks' bones, here's your dream itinerary taking in both sides of the sunny Mediterranean destination

The Roman theater in the Sicilian town of Taormina, with Mount Etna in the background / Image: Adobe Stock

1. Make a splash at the Elephant fountain 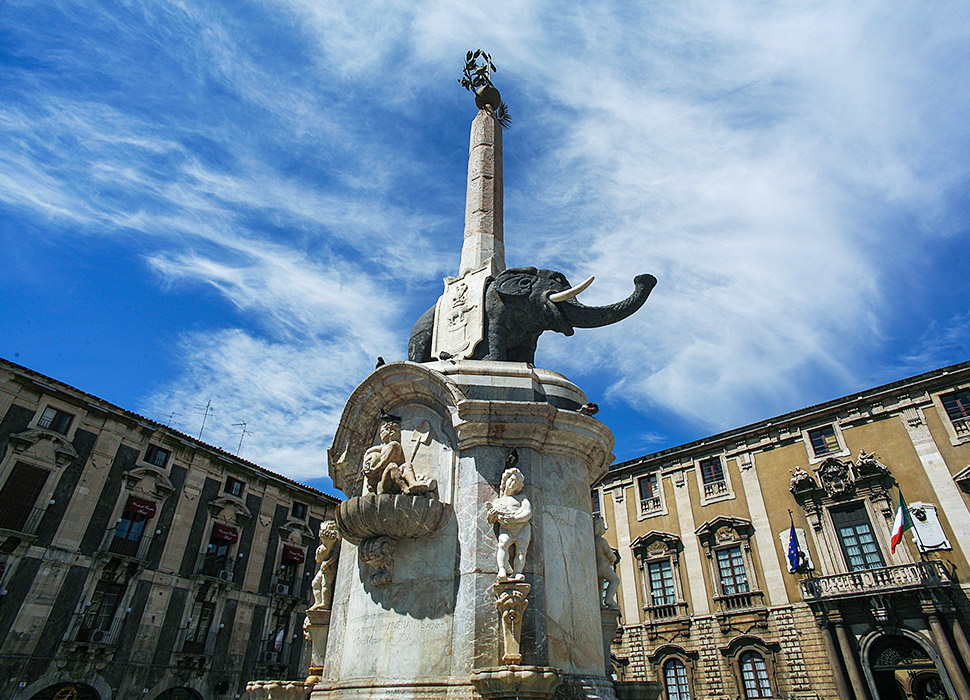 Catania’s oldest resident is an unassuming basalt elephant squatting on a baroque plinth in the centre of the city's most ravishing piazza. Referenced in travelogues from as far back as the 12th century, but believed by historians to be many hundreds of years older even than that, U Liotru  (as the elepgant is known) was said to have magic powers that helped it predict the eruptions of nearby Mount Etna. Once, a sinister travelling sorcerer even brought it to life. Yikes. The now-placid pachyderm radiates a strange ancient magic, making it almost unforgettable. 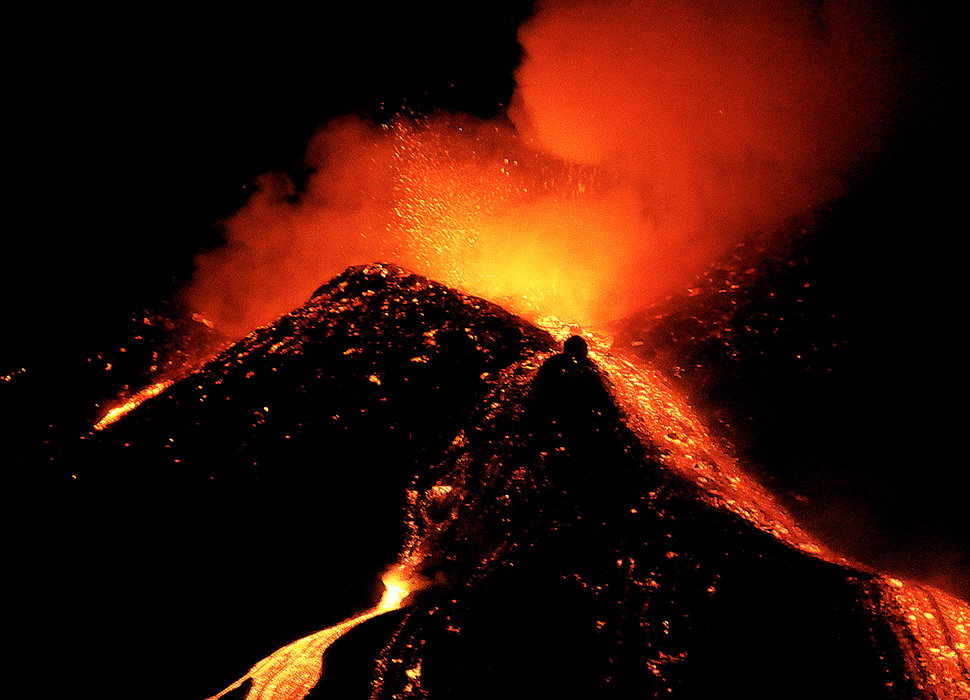 Europe’s highest active volcano is such a dominating presence in this part of the world that for centuries sailors used it as a combination lighthouse – it’s visible over 250km away – and weathervane, simply by watching which way the expulsions of ash were blowing on any given day. Its brooding craters are a must-see (with a professional guide, obvs) but so are its less obvious treasures, like the fairytale Grotta del Gelo ice caves, gouged out of rock by an eruption around 1614; or the Alcantara Gorge, carved out by an ancient lava flow. It's so hot right now.

3. Meet the ancients at the Museo Civico 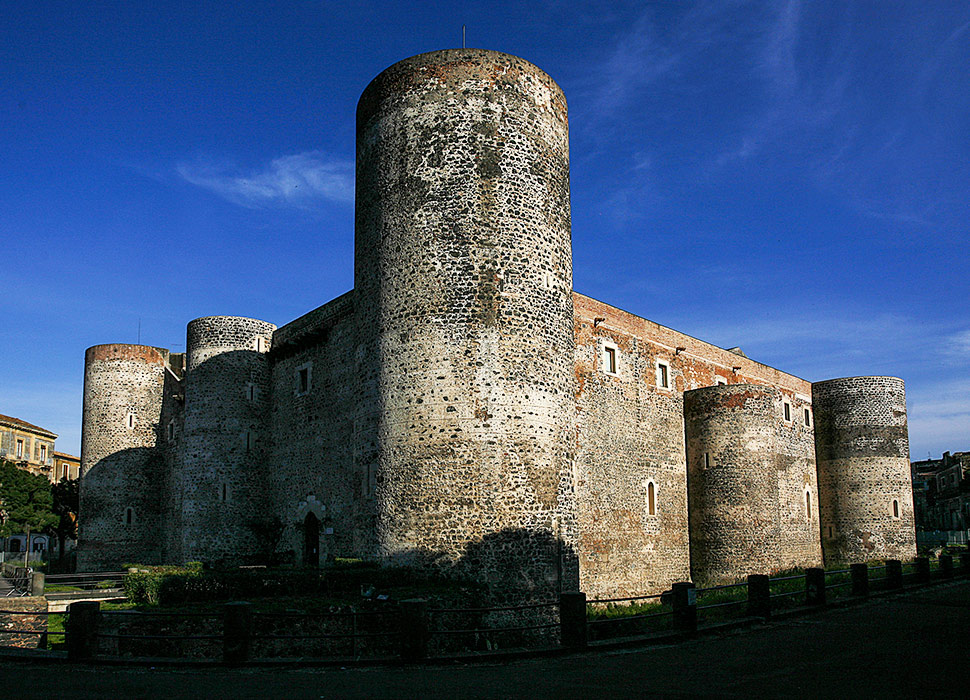 Set in a satisfyingly hefty medieval castle, Catania’s Museo Civico offers an eye-opening rundown of the region's history and culture. There’s all the usual old coinage and pottery fragments, but the real draw is definitely the collection of scintillating artwork donated to the city by one Giovan Battista Finocchiaro in 1826, and which includes the subtly eerie Sunt Lacrimae rerum (or ‘Crazy Women’) painted by Catanian homeboy Natale Attanasio. Disaster fiends will also love the historic representations of Mount Etna raining fiery vengeance down on the locals. 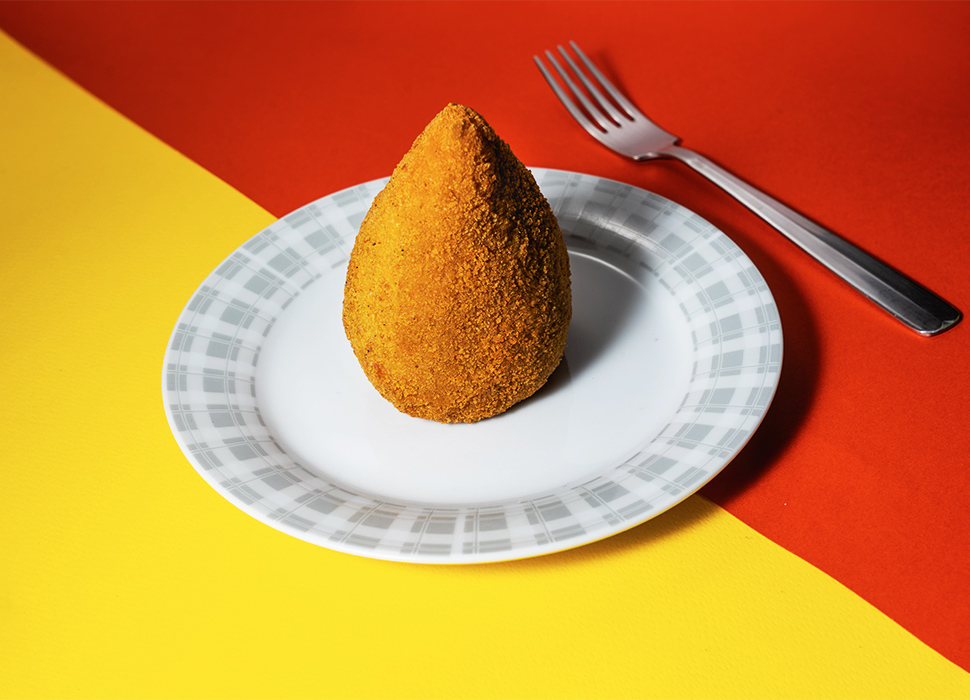 Have an absolute ball with this apex Italian snack / Image: Getty Images

Arancini is your go-to Sicilian snack – a ball of rice smothered in breadcrumbs and deep fried to perfection, typically stuffed with hearty fillings like mozzarella, ragu, peas, capers and plenty of spices. In Catania specifically you’ll quite often find them formed into a conical shape, referencing – what else – Mount Etna. For best results, try local fave Arancineria Espresso Serafino (at 90 Via Musumeci) where they cram in everything from mushrooms to shrimp; or for something a little fancier sample the wares at Cathedrals Bar (at 1 Piazza Duomo). Washed down, as god intended, with a nice cold beer.

5. Go for a song at Teatro Massimo Bellini 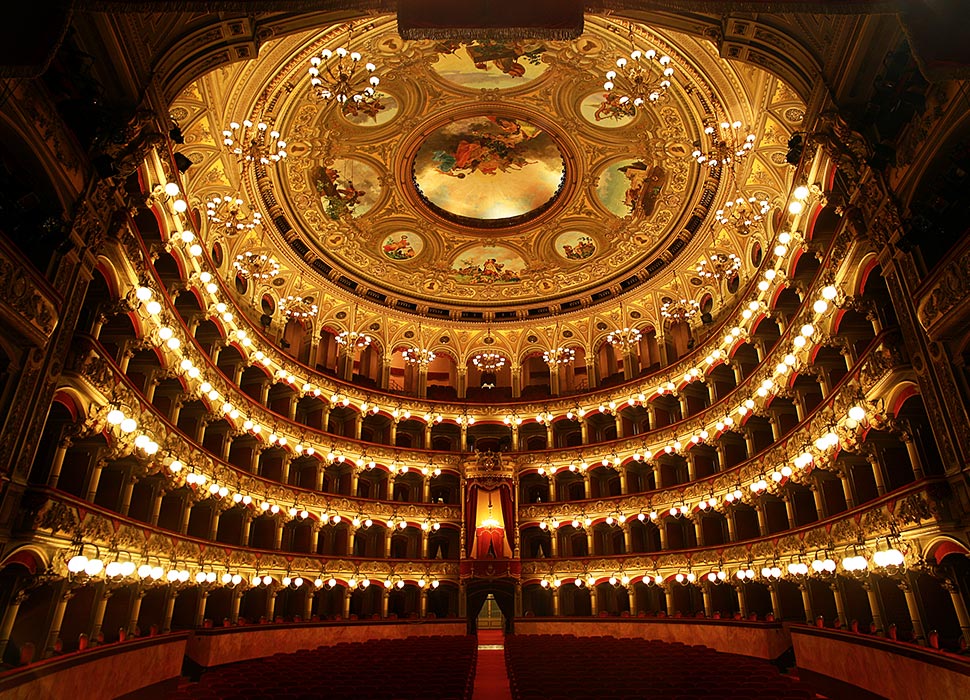 Teatro Massimo Bellini is an appropriately over-the-top classical venue inaugurated in 1890 to pay tribute to famous local opera composer – and prolific lover – Vincenzo Bellini. Inside it’s all red-plush upholstery and stacks of gilded boxes, with a lush painted ceiling by Ernesto Bellandi depicting choice scenes from Bellini's most famous operas. Bellini was well respected by his contemporaries – even gloomy old Wagner loved him – and was nicknamed ‘the swan of Catania’ for penning what Giuseppe Verdi (no less) described as his ‘long, long, long melodies’. Tours of his equally pleasing theatre – taking in the stalls, Royal Box and foyer – run Tuesday through Saturday.

6. Have a holy moment in La Martorana 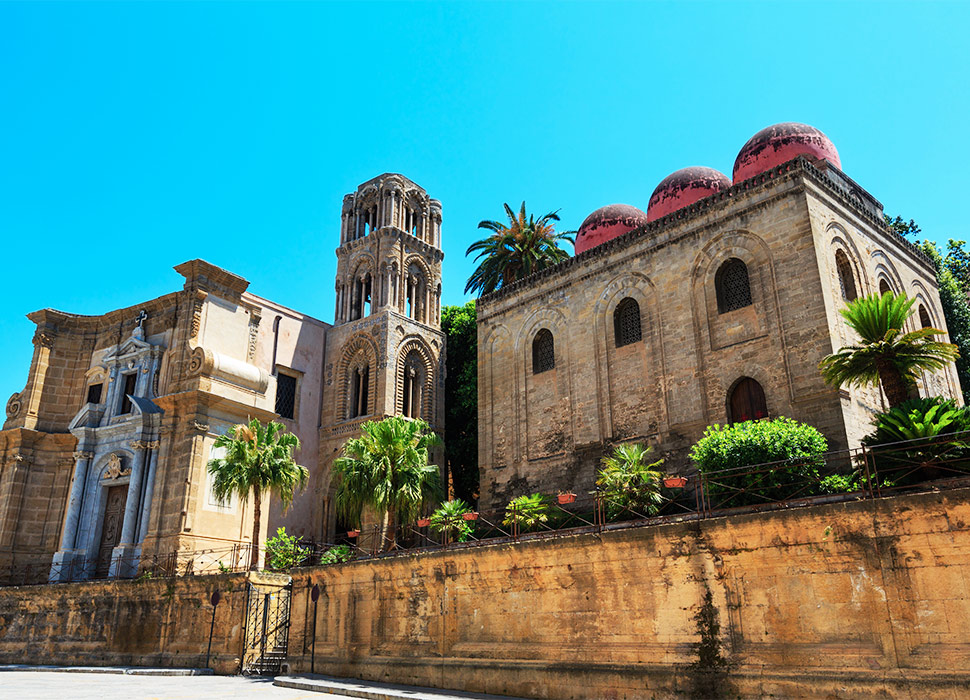 The Church of Santa Maria dell’Ammiraglio, known by locals as La Martorana, is a pleasingly majestic mishmash of styles and religious iconography. Medieval military bigwig George of Antioch originally conceived it as a mosque, hence the Arabic-inscribed columns. But over the years it’s had a Romanesque bell tower and a gaudy baroque facade lashed to the front, too. The real stars are the golden Greek mosaics on the ceiling, but all-in-all it’s a divine work of accidental OTT eclecticism.

7. Bone up on history at the Capuchin Catacombs 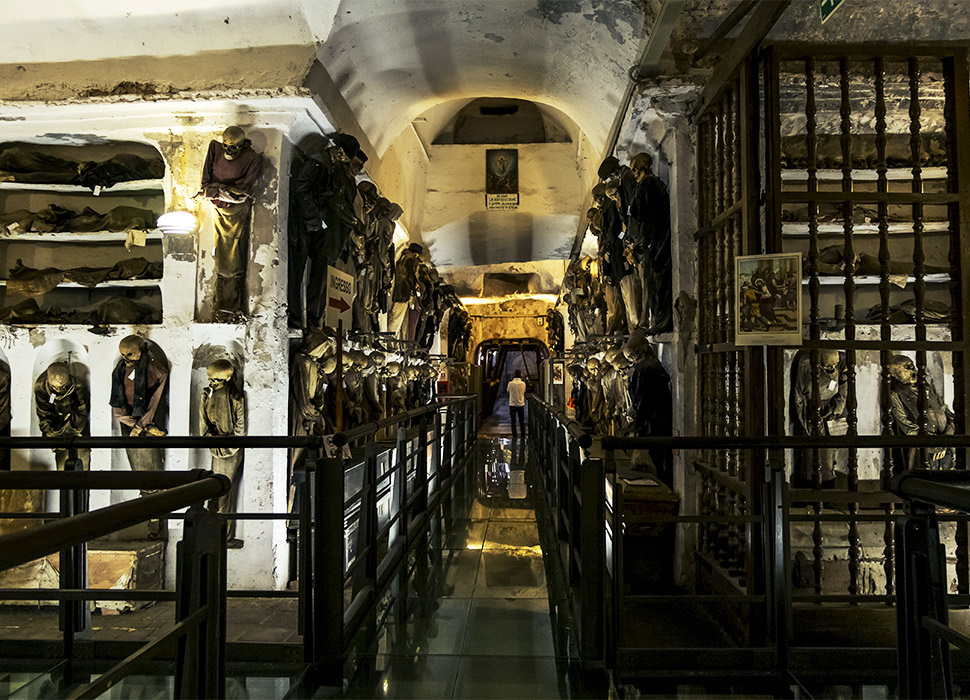 If you prefer your tourist attractions a tad macabre then you’re in for a treat. In the 1600s, the local cemetery favoured by Palermo's capuchin monks became fully occupied. So when Brother Silvestro of Gubbio died, his fellow habits hit upon the classic wheeze of mummifying and stashing him under their own monastery. The idea caught on, and soon other dying monks and local notables were queuing up to be dressed in their best and embalmed in the catacombs. Today there’s some 8,000 dried-up worthies to gawp at for a handful of change. Honestly, it’s dead interesting.

8. Get hammered at Ferramenta 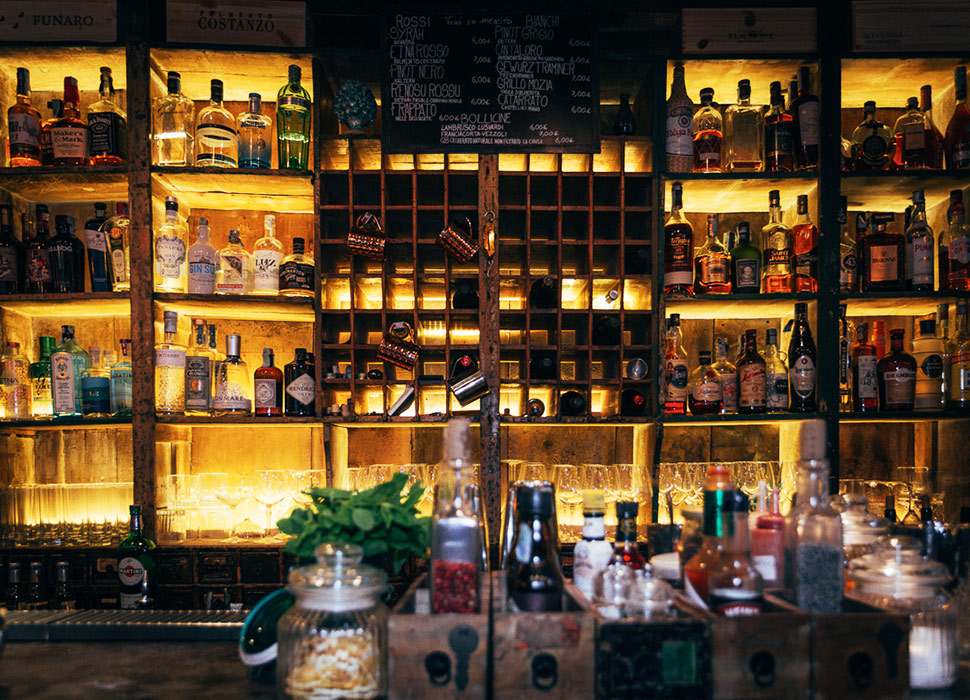 The name of this happening little cocktail spot translates, charmingly, as ‘tool’. It’s set in an old hardware store, you see, but forget about its dusty past and get stuck into the generous charcuterie boards and note-perfect arancini as you sup tasty concoctions or just the best of the local volcanically fertilisted wine. At weekends the party goes on until 2am, either inside or out on the buzzy terrace. It’s fair to say the folks who run Ferramenta have really nailed it. 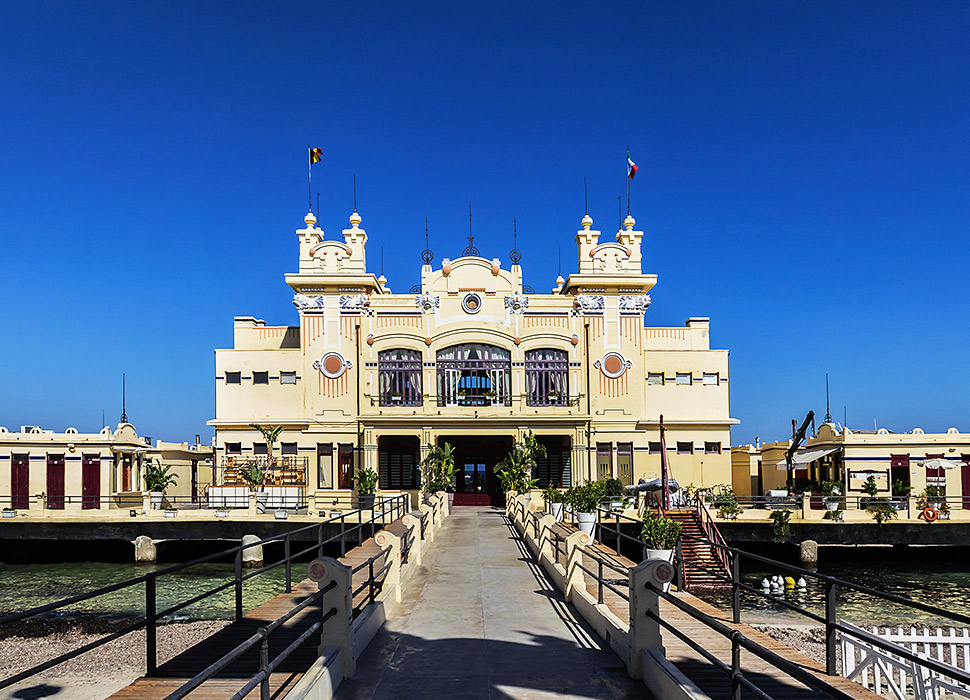 This seaside pile is both an eye and mouthful / Image: Adobe Stock

You could be forgiven for thinking the 20th century passed Sicilian architecture by completely, but you’d be wrong – as evidenced by the wackadoodle Antico Stabilimento Balneare di Mondello. Conceived by architect Rudolf Stualker, who apparently first intended his masterpiece for the Belgian city of Ostend, the pier-cum-bathing-venue’s cutesy Art Nouveau form and fish-adorned, pastel-flecked turrets are crying out to be plastered all over your Instagram. Nowadays the pier is the setting for an extremely chi chi restaurant and piano bar – well worth pushing the boat out for.

10. Discover a real catch at Sferracavallo 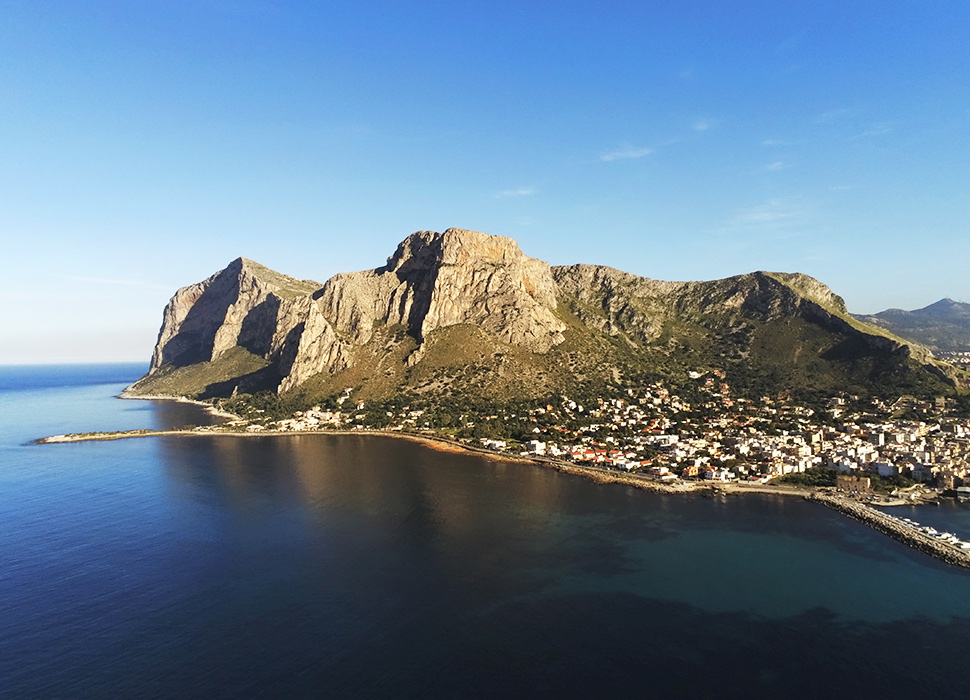 Prettily situated at the foot of Mount Gallo – a soaring karst promontory riddled with intriguing little caves – on the north shore of Sicily, Sferracavallo has more than its share of natural blessings. Historically it made its living in the fishing trade, and several top-drawer restaurants like Il Delfino (at 80 Via Torretta) keep that tradition very much alive with the freshest haul cooked to perfection and plated with love. Plus Sferracavallo also has a peaceful strip of knockout beach for that all-important post luncheon chill. You’ll be hooked.