The excellent-value Osteria dei Vespri is always a winner

The best restaurants in Sicily

Forget pristine beaches and ancient architectural treasures – Sicily's main attraction is the food. Here's where to fill your bocca on Italy's splendid isle

The excellent-value Osteria dei Vespri is always a winner 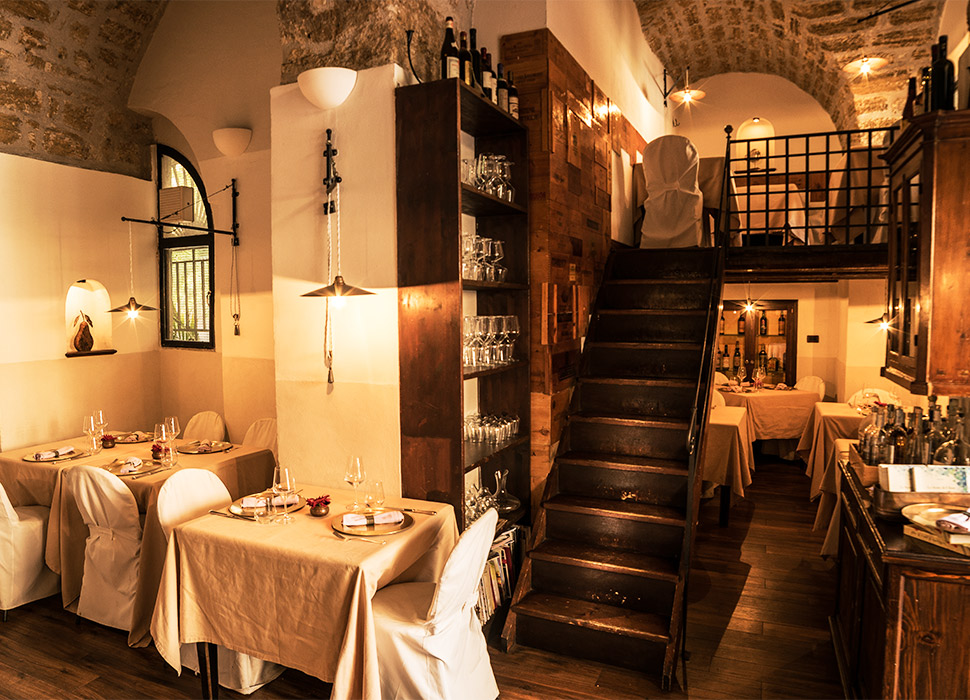 Dip into the epic, 600-bottle wine list while you're here

Eating out in Sicily’s capital Palermo is insanely good but, even so, for a can’t-go-wrong osteria in the city’s centro storico, then chef Alberto Rizzo's Osteria dei Vespri comes out looking pretty faultless. There are classic Sicilain dishes in winter (like anelletti pasta with octopus and wild fennel) followed by fancier plates for spring/summer when tables spill out onto the quiet, beautiful Piazza Croce dei Vespri. Oh, there’s an epic, 600-bottle wine list, too. 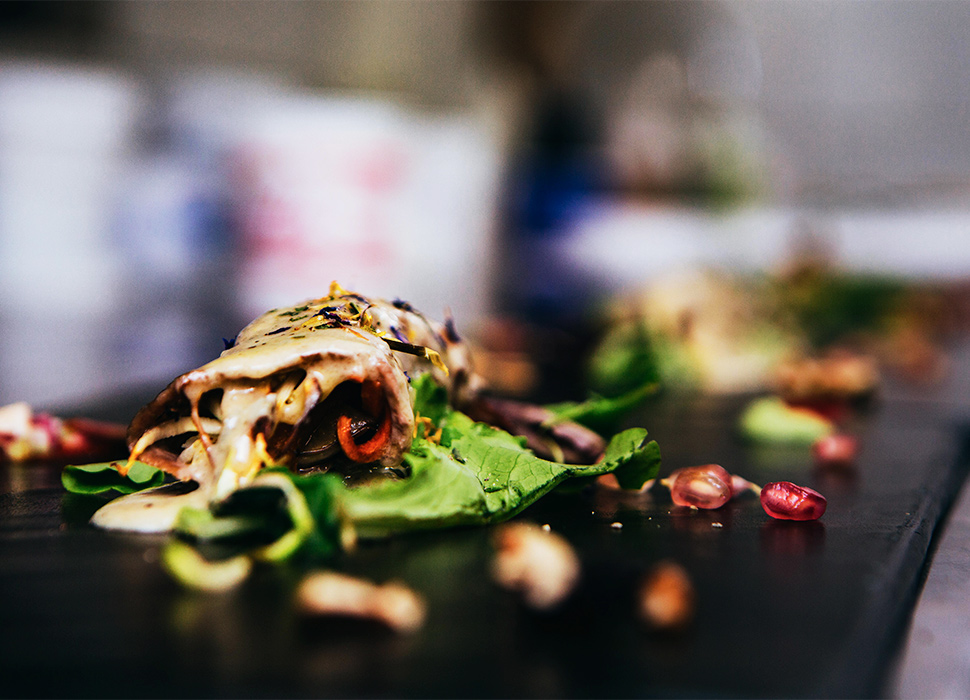 Veal schioppettino with crunchy vegetables is a standout here

If you’re road-tripping in Sicily (and, well, even if you’re not), definitely add chef Angelo Treno’s restaurant to the itinerary. It’s kinda out of the way (around 3km from Piazza Armerina) but, wow, is it worth it. Using regional ingredients, dishes like chickpea- and whitebait-stuffed pansotti (a kind of ravioli) with white truffle leave little doubt as to why this is one of the best known tables in Sicily (if not Italy). Loaded with value, the 400-bottle wine list draws oenophiles from across Europe.

Beware, dining on Taormina's main drag can be hit and miss so it definitely pays to do your pre-holiday homework before chancing it anywhere in Sicily's most popular summer town. Do it right and owner Turi Siligato’s smart but unstuffy osteria will doubtless come top of the checklist. And rightly so – the fabulous, country-style cooking here shows care and well-judged creativity and does the kind of warm, all-smiles hospitality you want in Italy. Highly recommended.

Mondello-born chef Vincenzo Pinto’s family-run restaurant in Palermo’s Il Capo district uses ingredients from the local market (a must-visit in its own right) to make colourful, typically Sicilian dishes. You can do one of the degustation menu (either €60 for the six course 'Walking through the streets of Palermo; or €70 for the eight course 'Low tide between the sea and the earth') or order a la carte dishes such as a fancy riff on the Palermo-style pasta con le sarde (sardine spaghetti) or Sicilian caponata (stewed aubergine with tomato). 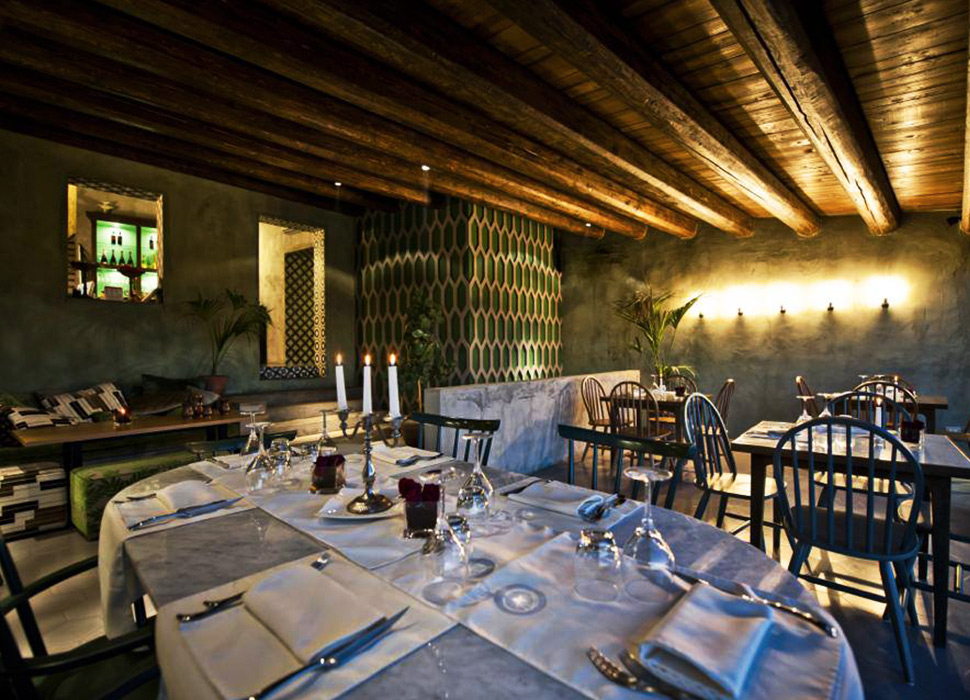 This rustic-chic resto looks as good as the food tastes

An absolutely gorgeous restaurant just outside Agrigento, this cool, rustic-chic spot does a gleefully short menu of carefully assembled Sicilian dishes at more-than-fair prices, such as the deliciously charred polpo su vellutata di fave (octopus on creamed fava bean) or the crazy-good raviolo di San Pietro (a sea urchin ravioli). Book ahead for the magical tables with views of Valle dei Templi or prepare to seriously wish you had.

San Vito Lo Capo in the northwest of the island is where you’ll find one of Sicily’s most epic beaches and this, to many, is the small seaside town’s best restaurant. Sure, it’s always busy (and, no, they don’t take bookings), but it’s well worth the wait for the easy-going vibes and ridiculously good seafood pasta dishes, as well as the house-special couscous alla trapanese (Sicilian-style fish couscous). Or there’s ace pizza if you just want a simple fill. 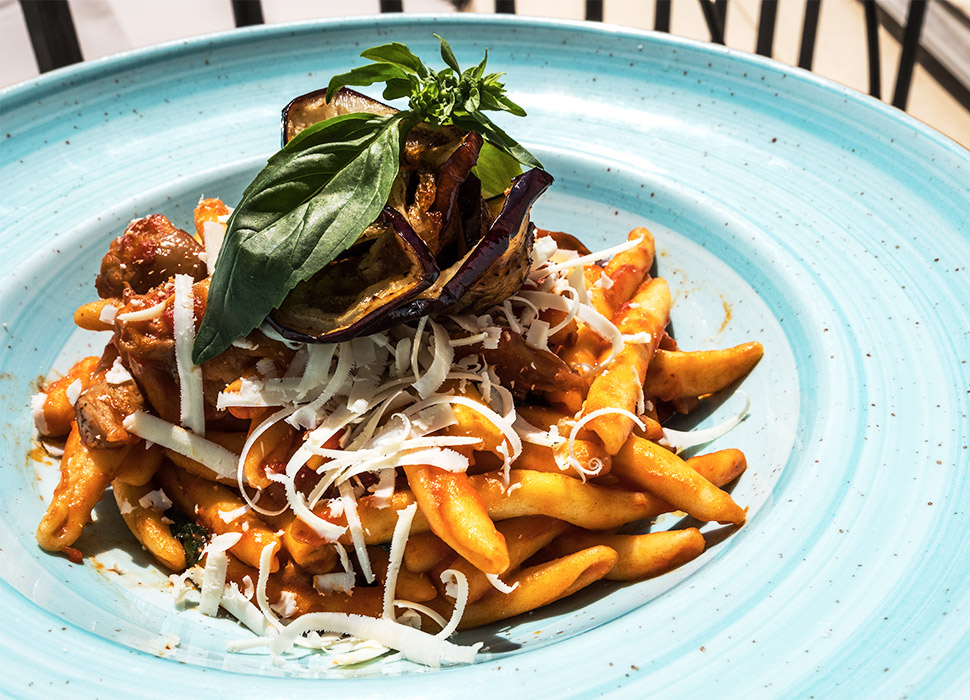 It may be on a tourist strip, but Al Duomo is reliably delicious / Image: Ristorante Al Duomo, Caterina Fisichella, Rosanna La Malfa

Offering a similar kind of refuge to Taormina's duds as Osteria Nero D’Avola, this might be one of the few restaurants on the town’s main strip that you can trust. The menu centres on prettied-up Sicilian dishes including crudo d’autore (raw slices of fish) and some excellent secondi including the classic pasta con le sarde (sardine spaghetti with fennel and pine seeds). Call ahead for the lone balcony table opposite the cathedral. 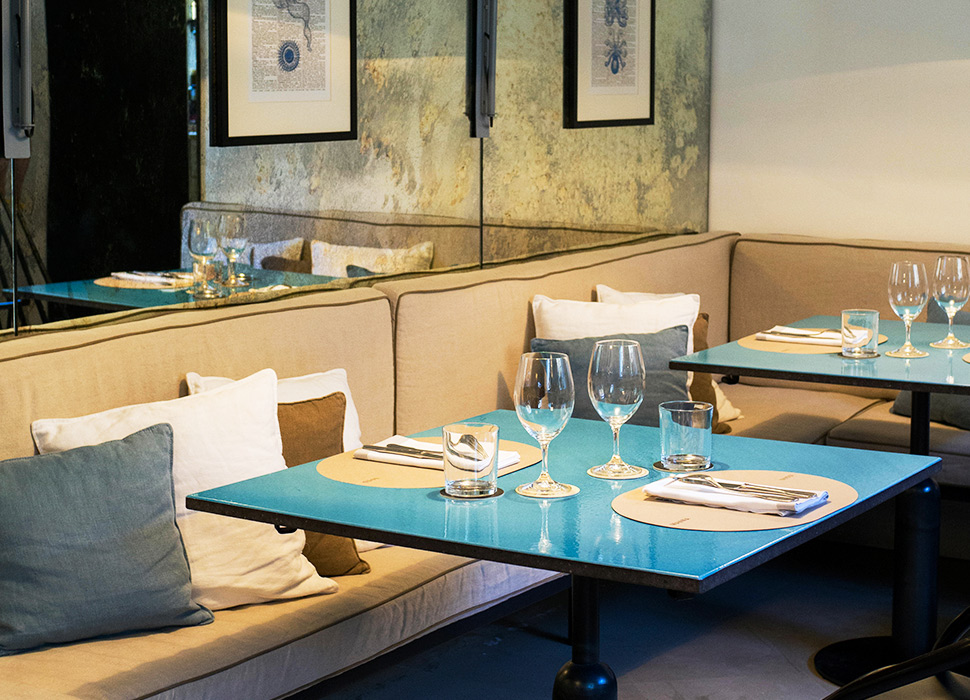 A small, baroque city in Sicily's lesser-tracked south-east that’s quietly become a weekend go-to for the international cool crowd, Noto is jammed with ace restaurants. But this elegant spot in the middle of town stands out – not only for its style smarts, but also its friendly staff and the kitchen’s beautifully conceived dishes of cleverly tweaked Sicilain cooking. Wine buffs will delight at the tightly focused list that goes big on Sicilian reds.

This place has a cult rep with wine geeks, what with having one of the best lists in Sicily (with a ton of ace-value reds from nearby Etna). But, even if you’re not fussed about the juice, this casual pizzeria-osteria in Solicchiata is worth a trip to sample delicious local produce. Open with slices of black-pig salumi or the vegetable-poached-egg 'peasant soup', then move on to baccala alla ghiotta (cod with capers and fennel). Either way, don’t waste the chance to order wine. 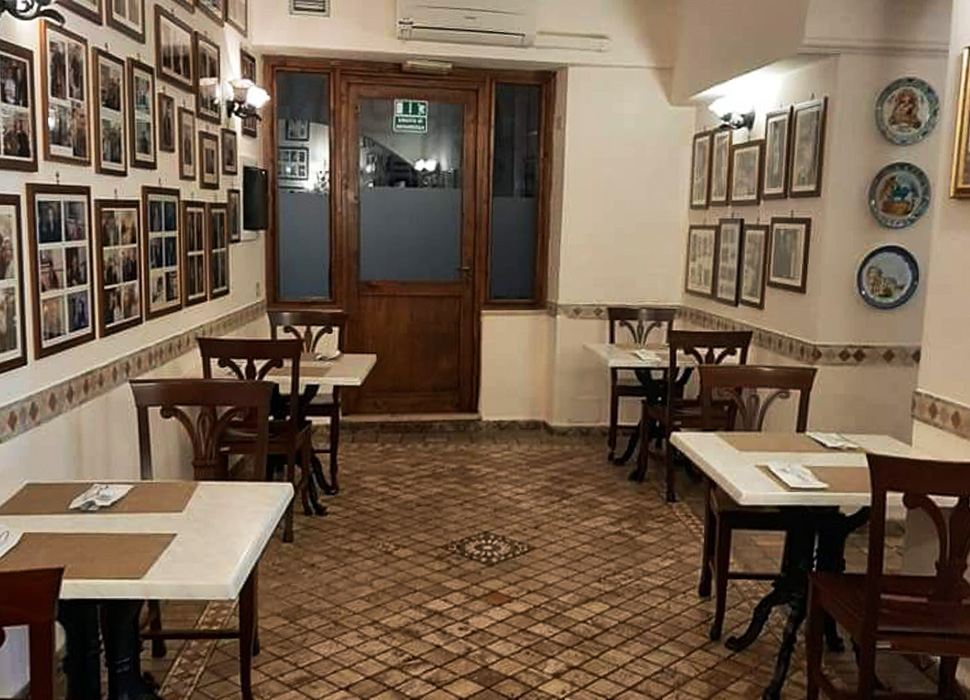