The best things to do in Sardinia

Sardinia is more than just beautiful beaches (though there are a lot of them too) – there's plenty of history, countryside and local foods to discover on this Italian island 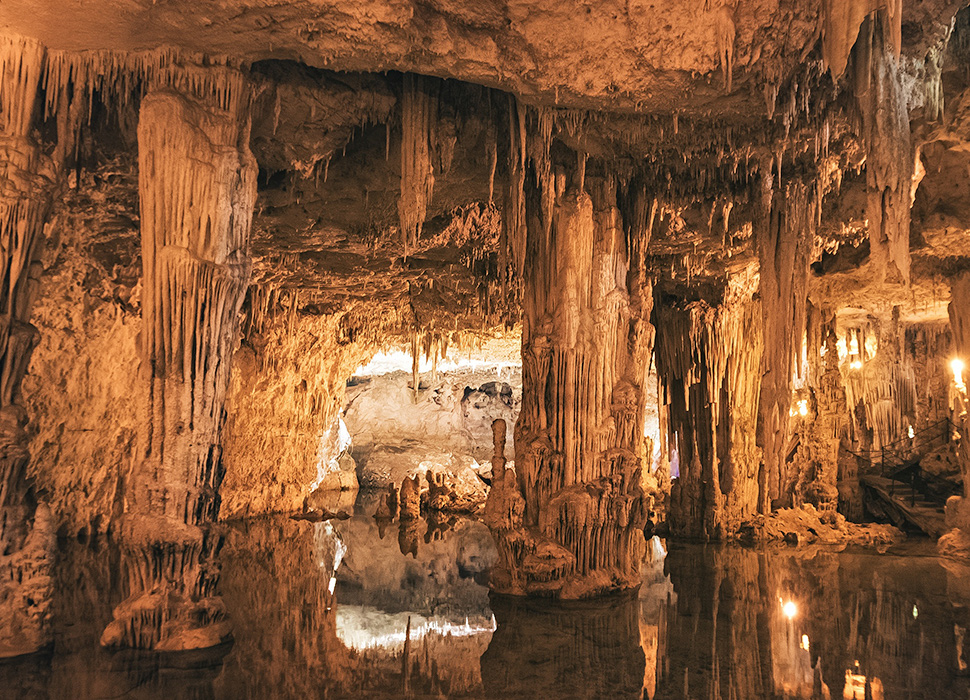 First stumbled upon by a surprised fisherman in the 18th century, Neptune’s Grotto on the north coast of Sardinia is a truly spectacular collection of almighty underground karst foundations, salty hidden lakes and even a pretty subterranean beach. The coolest way in is via the Escala del Cabirol (or ‘roe deer’s steps’), a precipitous and dramatic 654-step climb along a cliff face. Or, if you’re lazy, boats sail right in there. Inside, check the so-called ‘great organ’ – an arrangement of stalagmites and stalactites that look uncannily like a set of church pipes.

2. Get stuck into a Zuppa Gallurese 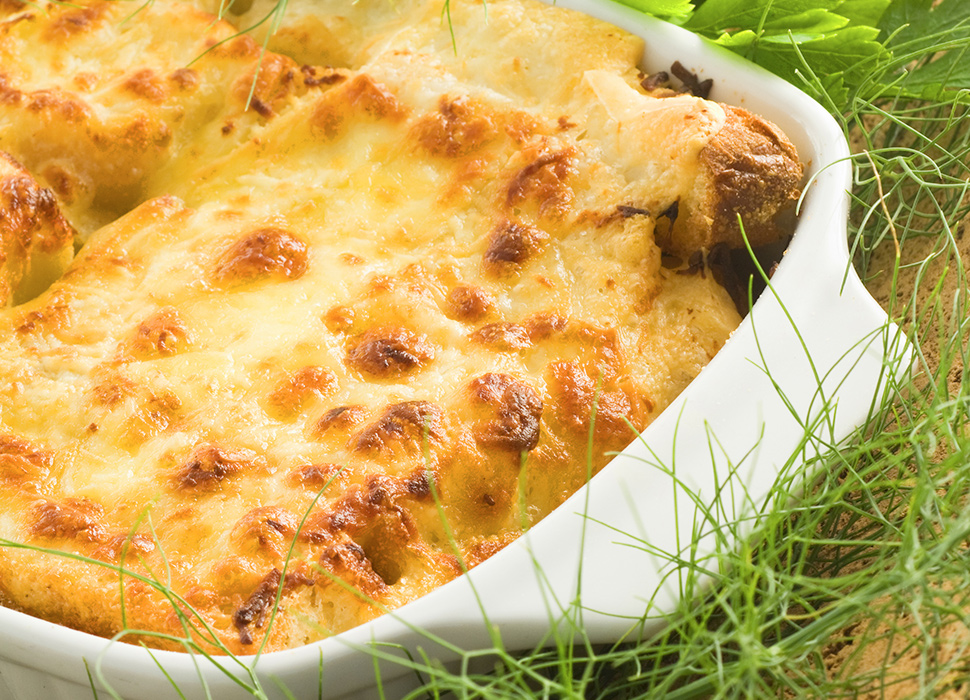 Usually described as somewhere between a soup, a casserole and a lasagne, zuppa Gallurese is a hearty dish from the northeast Sardinian region of Gallura. Put simply, it’s bread and (loads of) cheese, ideally a combination of pecorino or fontina, all soaking in a hot, rich, aromatic lamb broth. Get some of this traditional folk-soul nosh down you in the appropriately old-school surroundings of Ristorante Da Paolo in Olbia.

Via Garibaldi 18 Via Cavour, Olbia
ristorantedapaoloolbia.it 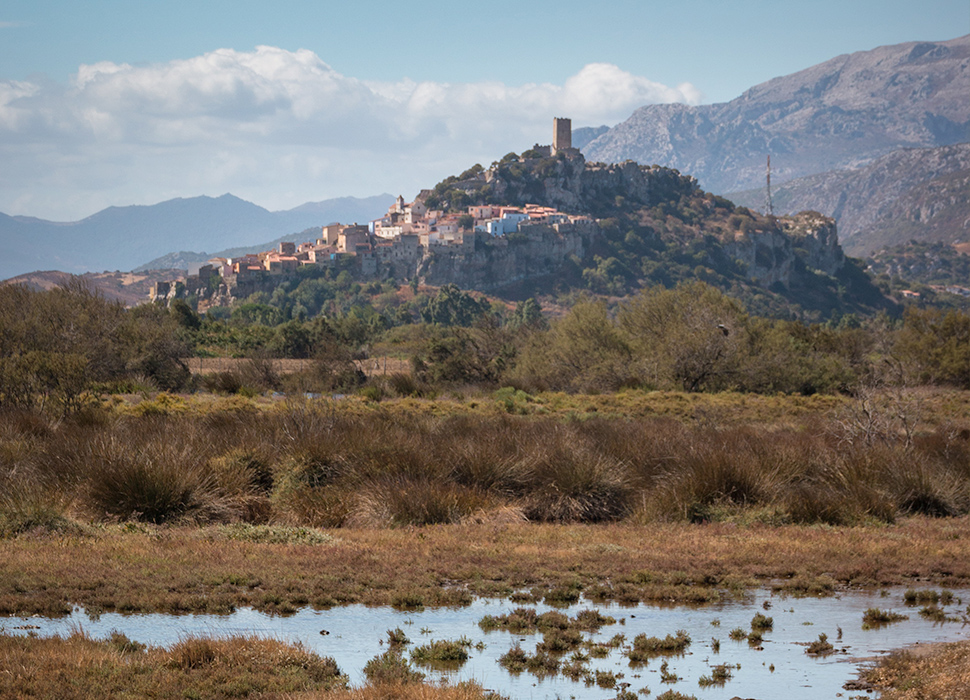 Visitors have been stopping off at the agreeably rough-and-ready-looking fortification of Castello della Fava for some 800 years now. Most, to be fair, were trying to conquer and enslave its occupants, like the Saracens during one famously unsuccessful 14th-century siege. Nowadays, the majority of people who visit respectfully enjoy the medieval stonework and climb the tower. You can even get on the roof, up a ladder through a narrow gap, to enjoy unbeatable views over the nearby forests and out to the coasts.

4. Weave your way around Castelsardo 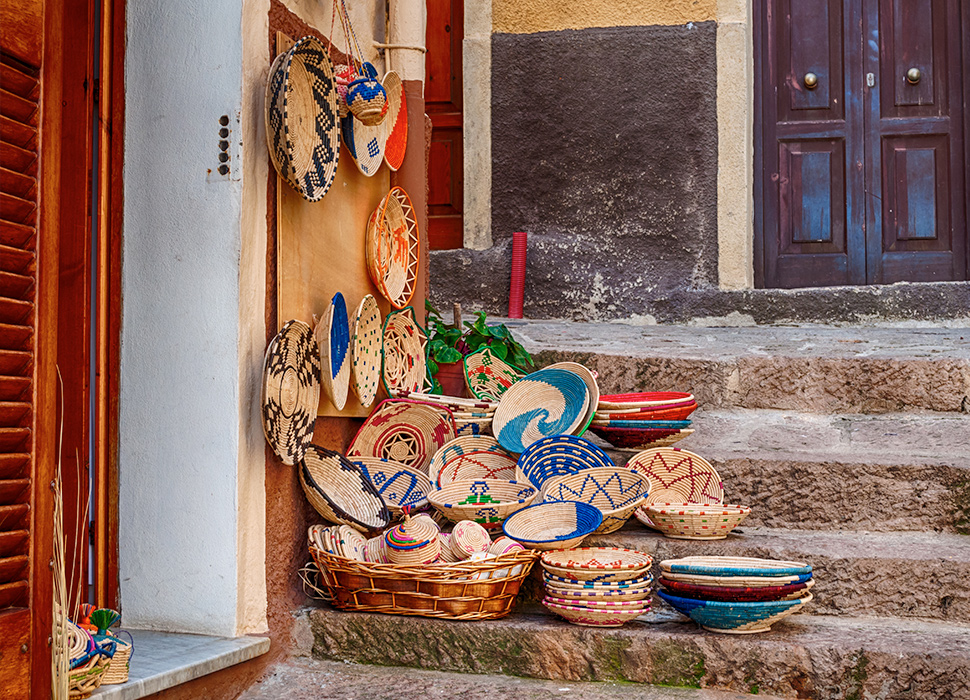 This cutesy village, clustered around a medieval Genovese family's castle, is a time warp back to old-school Sardinia. Castelsardo’s sleepy pace of life and narrow, winding alleyways are tailor-made for strolling. Everywhere you amble, you’ll see locals sat on doorsteps, weaving the pretty baskets that this town is famous for. If you want to buy one but feel hampered by your lack of local knowledge, the Museo dell’Intreccio Mediterraneo just inside the castle gives a handy overview of techniques and the interesting relationship between basket weaving and the fishing trade. 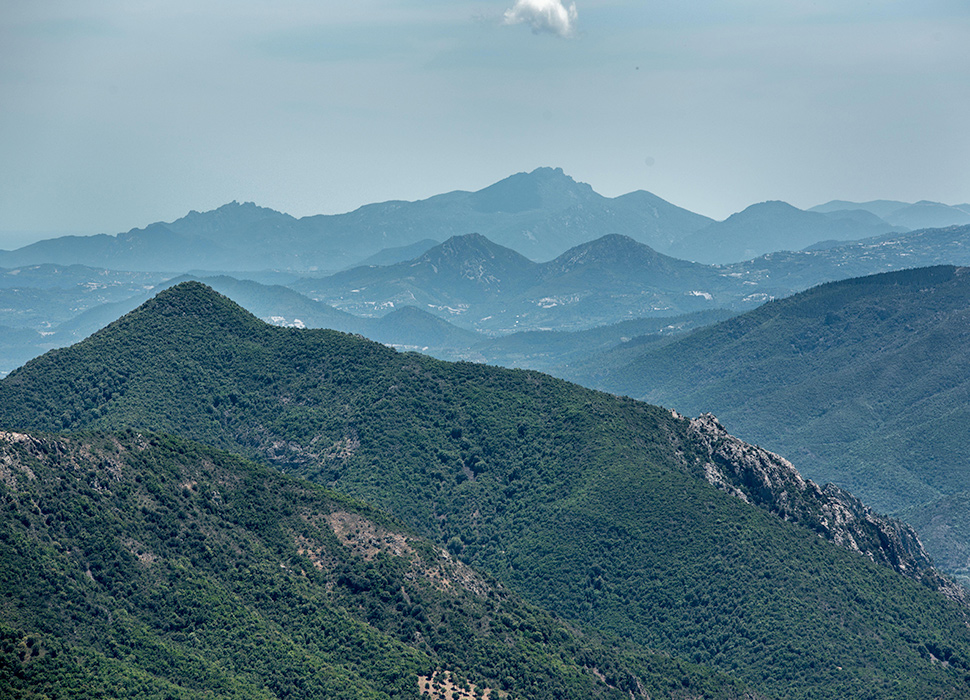 Gorropu Gorge is thought to be the deepest canyon in Europe / Image: Alamy

Europe’s deepest canyon – depending on how you measure it – was created over millennia by the force of the Rio Flumineddu river. Start your adventure on the 830m-high promontory of Su Cungiadeddu then gingerly make your way down to the Genna Sìlana pass. Bring water and sensible shoes to explore a wild corner of nature, full of narrow gullies and sinkholes, surrounded by 1,000m peaks and overhanging cliffs. There are beautiful juniper trees and thousand-year-old yews, and countless legends of daytime starlight and magical flowers. Gorge by name, gorge by nature.

6. Keep it ancient in the Roman city of Nora 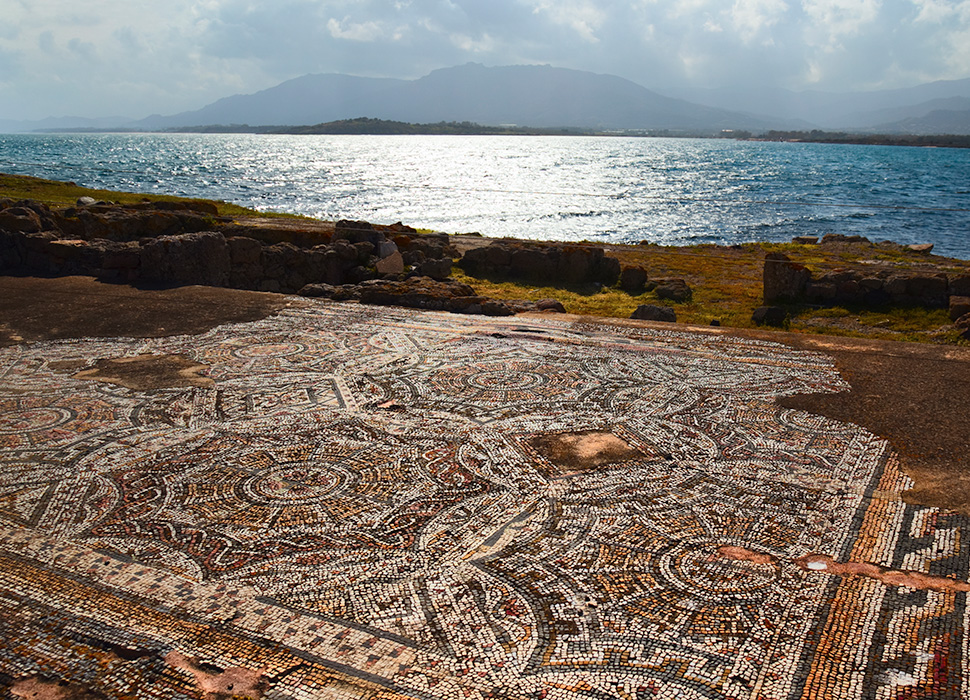 Believe it or not, Sardinia wasn’t always such a relaxing suntrap of a holiday destination. Back in the third century BC, the Romans came to town, booted out the Punics and established the heaving metropolis of Nora in the south. Boasting three natural harbours, Nora was in a smart strategic position, and its 8,000 citizens enjoyed a theatre, four thermal baths, mosaics, sewers and several plush villas, all of which are still in evidence today. Every 1 May, Sardinians celebrate their beloved St Efisio – who was apparently beheaded by Romans on the beach here. Bloody Nora.

7. Get your five a day at Pula market 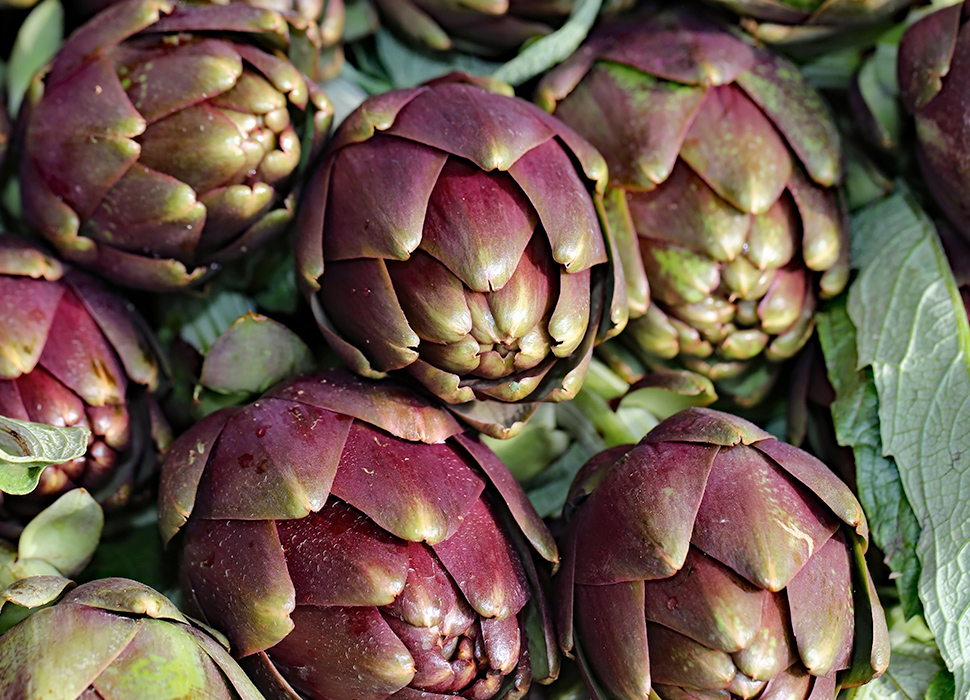 Visitors to Pula can fill up on fresh artichokes / Image: Adobe Stock

As you’d expect from such a blessed climate, the fresh produce on Sardinia is pretty special. To snaffle some for yourself, check out the weekly market (every Tuesday) just outside Pula. Fruit and veg is just the beginning – Sardinia’s clean air and flower-studded landscape also make for some rather outstanding honey, which goes well with pane carasau (a kind of crisp flatbread that keeps for ages and was originally made for shepherds). And it’d be rude not to try one of the zingy local aperitifs, made from lemon peel. 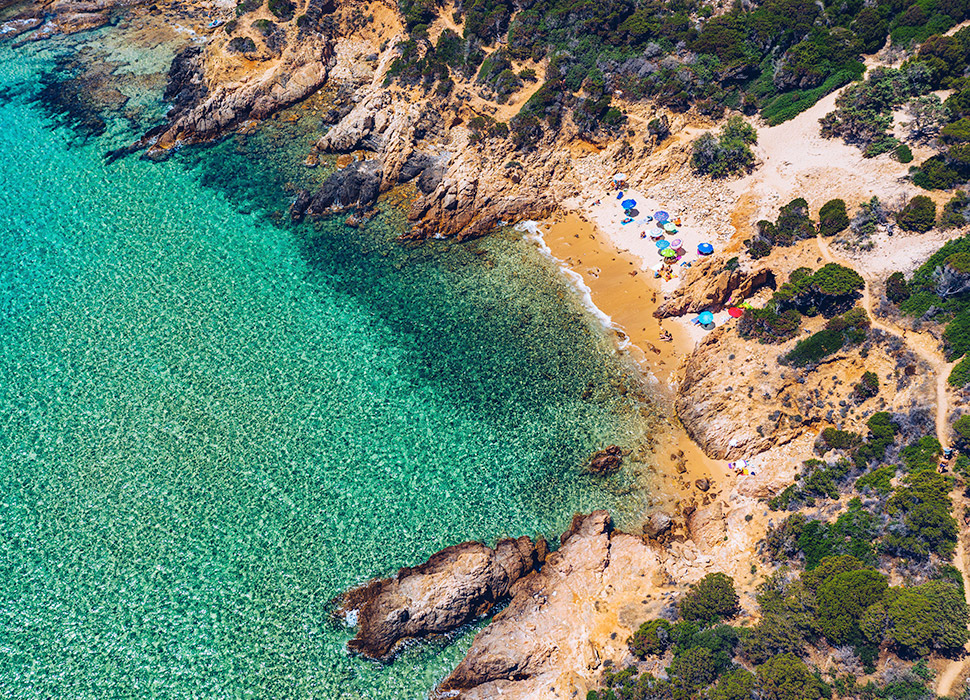 Roads really don’t get much more splendid than the SP71, which winds along Sardinia's southeastern coastline, whooshing by one picture-perfect beach after the other. Also named, perhaps even more prosaically, ‘Strada Panoramica della Costa del Sud’, the SP71 will see you to the notable bays of Cipolla – a narrow beach overlooked by pretty pine and juniper trees, and fondly enjoyed by local off-season surfers – or Spiaggia di Cala Piscinni, which has convenient parking if you’re travelling with kids and they’re driving you around the bend.

9. Nab a nuraghe in Barumini 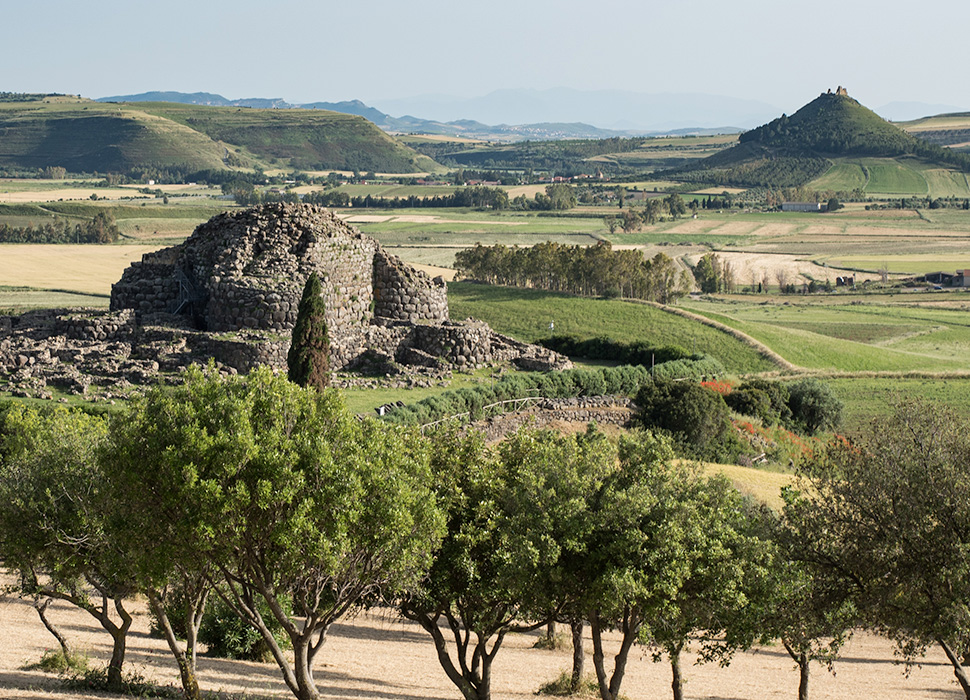 During the Bronze Age, a mysterious people known as the Nuragic civilisation lived on Sardinia. Almost nothing is known about them, except for the startlingly massive 'Nuraghe’ stone mounds they left dotted all over the island. Some 7,000 have been identified, but the most striking by far is at Barumini, where a giant 19m-high edifice with three chambers is surrounded by four hefty Bronze Age towers. It’s a Unesco World Heritage Site that you can visit for €11, and is still remarkably intact, if a little crumbly in places. As you’d be after 4,000 years.

10. Learn from the masters at Galleria Comunale d'Arte 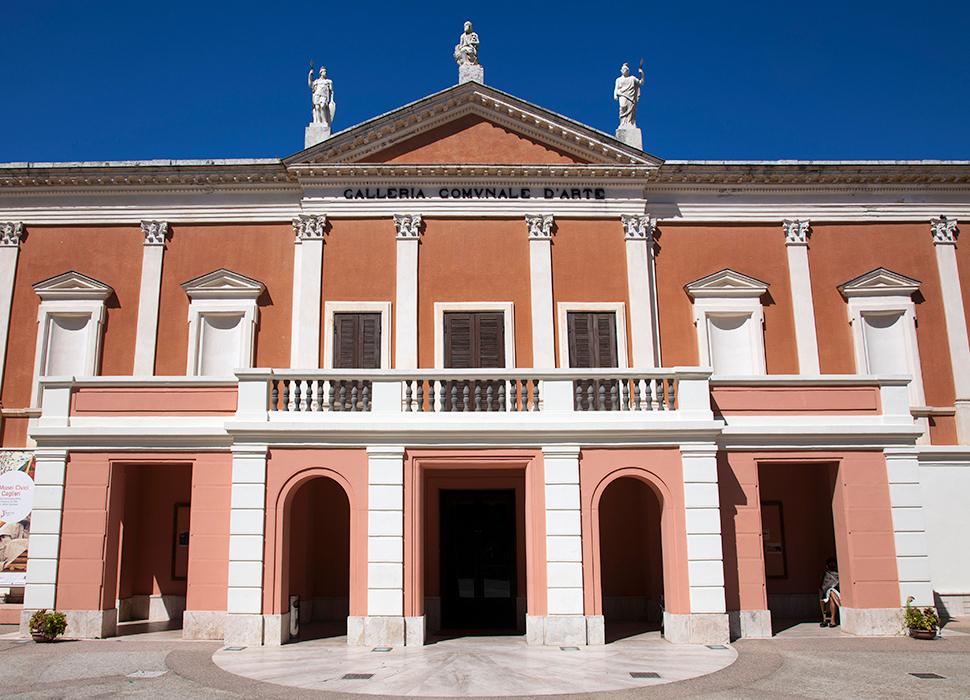 Set in a handsome neo-classical pile surrounded by manicured public gardens, this gallery focuses on modern works, with large areas given over to homegrown Sardinian artists. Genre-defining, 20th-century Italian masters like Umberto Boccioni, Giacomo Balla and Mario Sironi have pieces up here permanently, but for something a bit special, seek out noted neo-realist painter Foiso Fois’s eye-opening depiction of a tuna kill (dubbed La Mattanza), a highlight. As are the lovely views over Cagliari when you walk out blinking into the sunshine again.