WE GET THE INSIDE TRACK ON WHERE THE BEST CHEFS AROUND OUR NETWORK LOVE TO CHOW DOWN. THIS TIME, MEET Mitshel Ibrahim OF Hackney's beloved Italian joint, Ombra

To call Ombra an under-heralded gem is playing things down. This canal-side Italian, at the western end of Hackney's gallery-strewn Vyner Street, has grown from being a respected but low-key neighbourhood joint into one of east London's most beloved restaurants. It's a fact helped by some canny pivoting during lockdown, wherein Ombra becoming a pastificio and delivery staple, emerging from the unknown as a bona fide community hub.

First opened in 2011, the restaurant is now helmed by Mitshel Ibrahim. Egypt-born and raised in Milan, he moved to London for university but instead took to the city's kitchens – working at spots as esteemed as Upstairs at the Ten Bells and The Clove Club (both under Isaac McHale), Robin Gill's Paradise Garage, and Ombra itself, before returning to the latter as head chef in 2018. 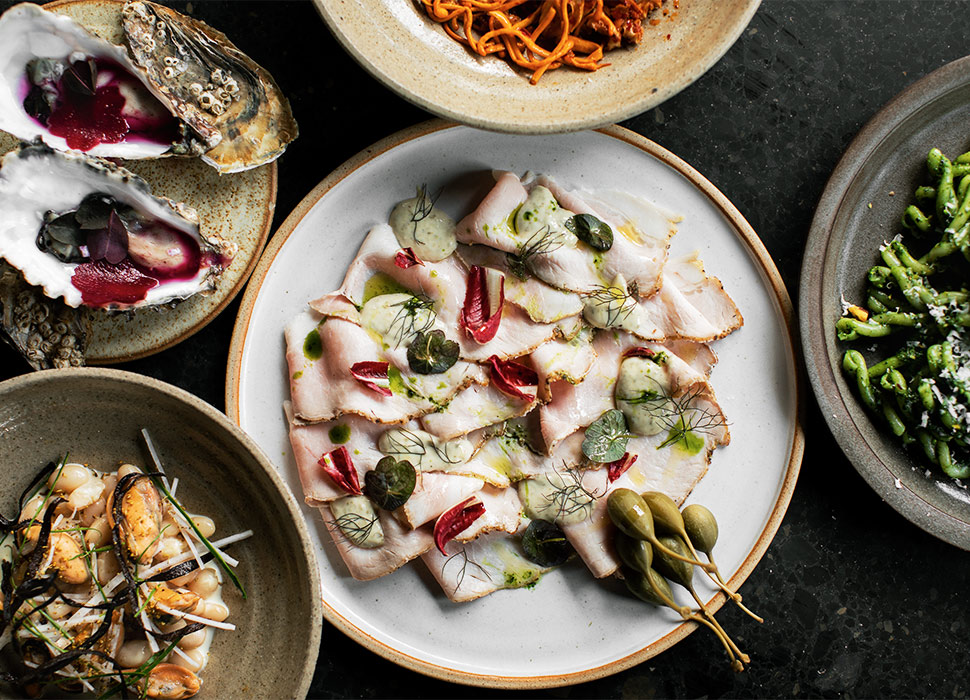 Carlingford oysters and pork tonnato, among other dishes at Ombra

His inventive menus are informed by the seasons but maintain a timeless, rustic sensibility. Regional spritzes complement some ace chicchetti; gnocco fritto with house-cured lardo and buffalo mortadella; pillowy focaccia; genius cacio e pepe gougeres, and so on.

Antipasti of whole, fried Roman artichokes, scallops with bottarga and corn, or superlative pork tonnato segue into the kind of perfect primi that made Ombra such a lockdown go-to – tonnarelli with guanciale and green asparagus, say, or paccheri tubes with mussels, 'nduja and friggitelli, the pastas of which are made with organic UK grains – and then into heftier secondi of roasted meat or fish. The tiramisu is considered one of London's best; and the wine list skews Italian and (in 2022, what else?) low-intervention. 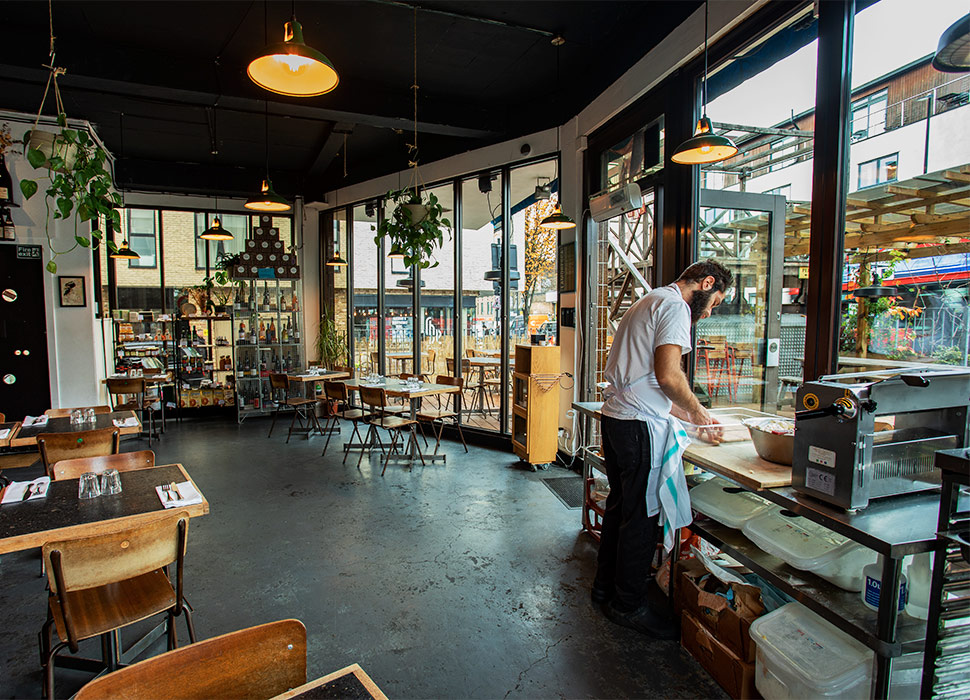 It's a complete package – breathlessly muttered about by London's esoteric gastronauts and a central cog in the fecund little canal-adjacent restaurant scene that also includes Bistrotheque, Café Cecilia and the Waterhouse Project. What's more, Ibrahim's star is definitively on the rise, with contributions to magazines like Olive and Suitcase, and a recent guest dinner at Merlin Labron-Johnson's Old Pharmacy in Bruton, Somerset.

For 'Where chefs eat', Ibrahim looks to his beloved Italy itself – giving us the inside track on the best places to ciao down in the hallowed gastro capital of Rome. 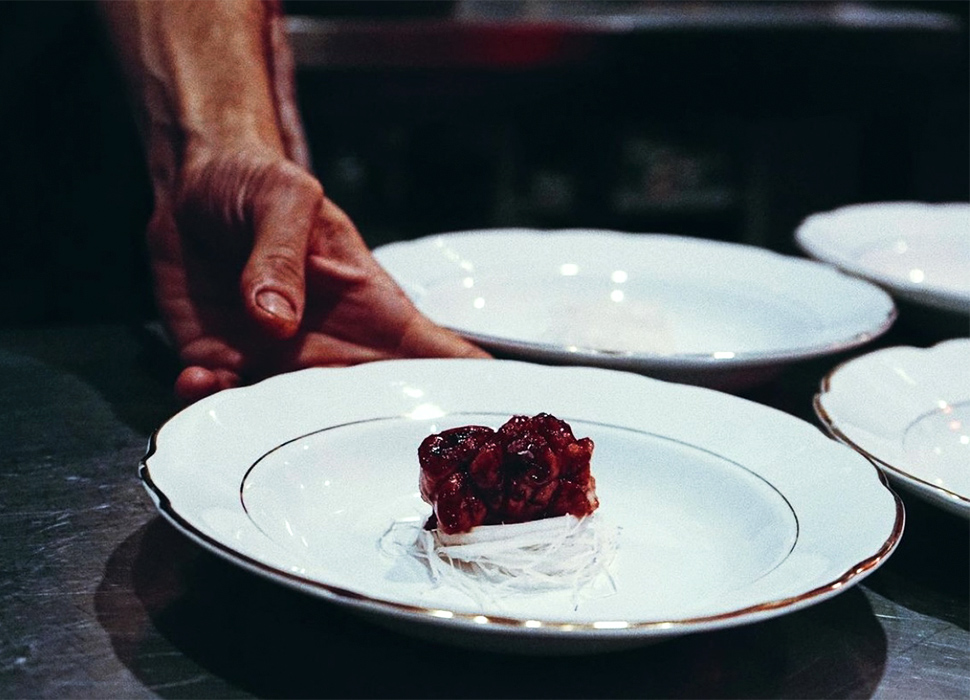 Adventurous and accomplished cooking is the thing at Marzapane / Image: Giulia Nutricati

Marzapane: "... is one of the best dining experiences I’ve had in Italy. Two young chefs, Guglielmo and Francesco, show real delicacy and elegance in a city known for rich food. The menu varies regularly but quinto quarto (offal) and pasta always feature. We are in Rome after all! If you’re feeling adventurous, request to sit at the kitchen table when booking. There isn’t a menu, the chefs serve you whatever they fancy on the day." 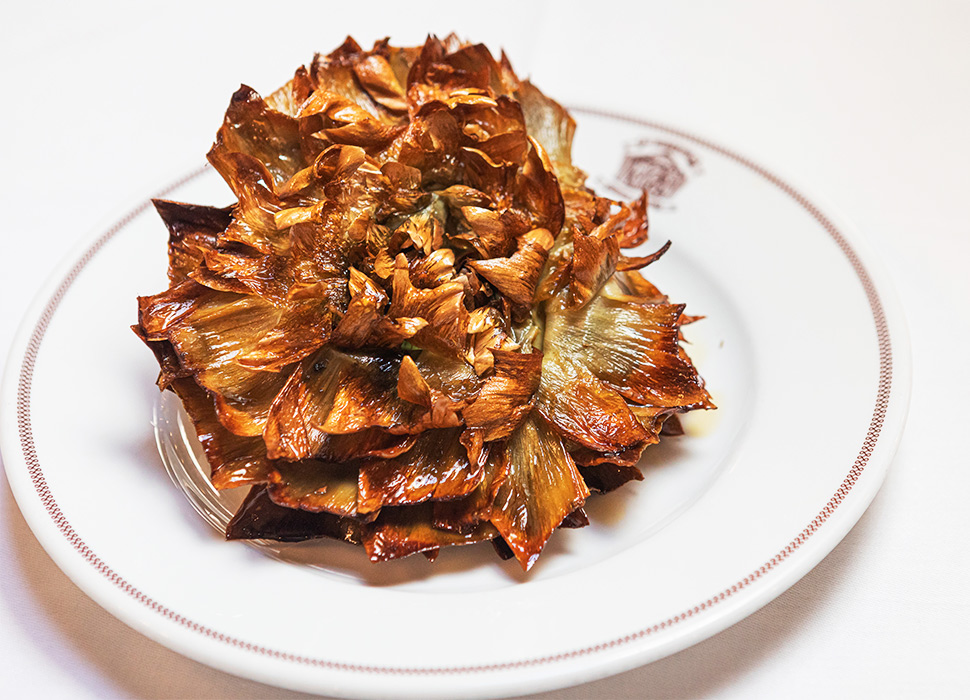 Da Giggetto: "This spot is very good for Roman-Jewish cooking. You’re greeted by crates and crates of Mammole artichokes, which is how I knew I was in the right place! Go for the impeccable fried dishes: courgette flowers, carciofi alla giudia (Jewish-style fried artichokes) and ricotta fritta. One of their classics is animelle con carciofi, a braise of veal sweetbreads with artichokes. Besides pasta, that’s probably one of the only non-fried dishes."

Via del Portico d'Ottavia, 21/a
giggetto.it 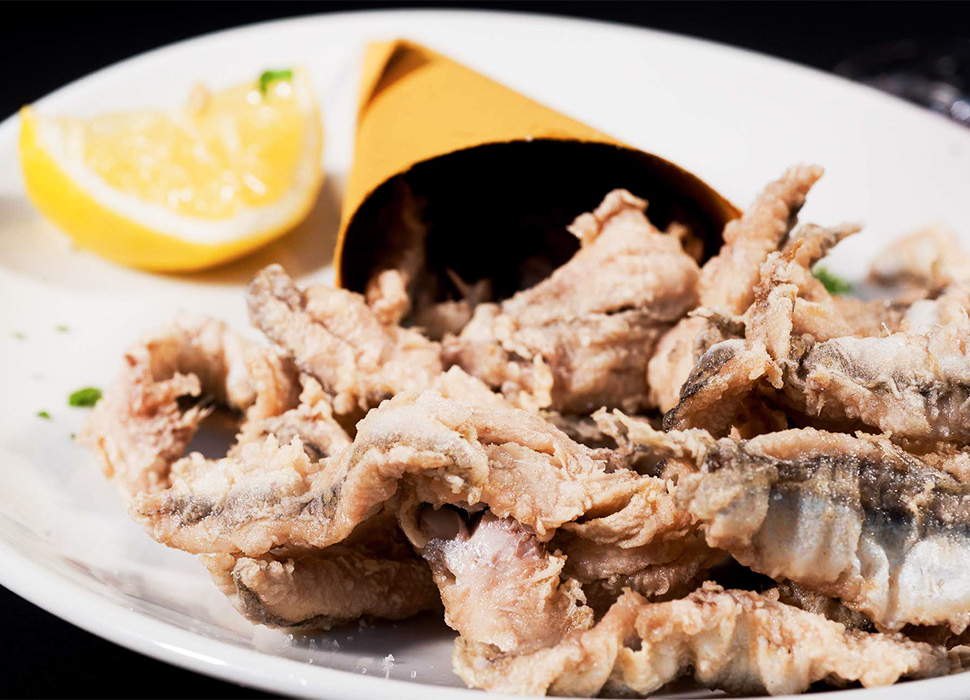 Trattoria Cesare al Casaletto: "This place is a bit of a local's secret, you won't find it in any travel guides as it's not in a touristy area. You’re here for the whole experience: the homely setting and the traditional Roman food. For snacks try the filetto di baccala (fried fish), polpette di bollito (meatballs made from boiled meats) and the region’s well-known pasta dishes – matriciana, gricia and the hearty rigatoni al sugo di coda made with the rich leftovers of an oxtail stew. For mains try the traditional trippa alla Romana, and if you’re there in Spring, abbacchio cacciatora (a milk-fed lamb stew)." 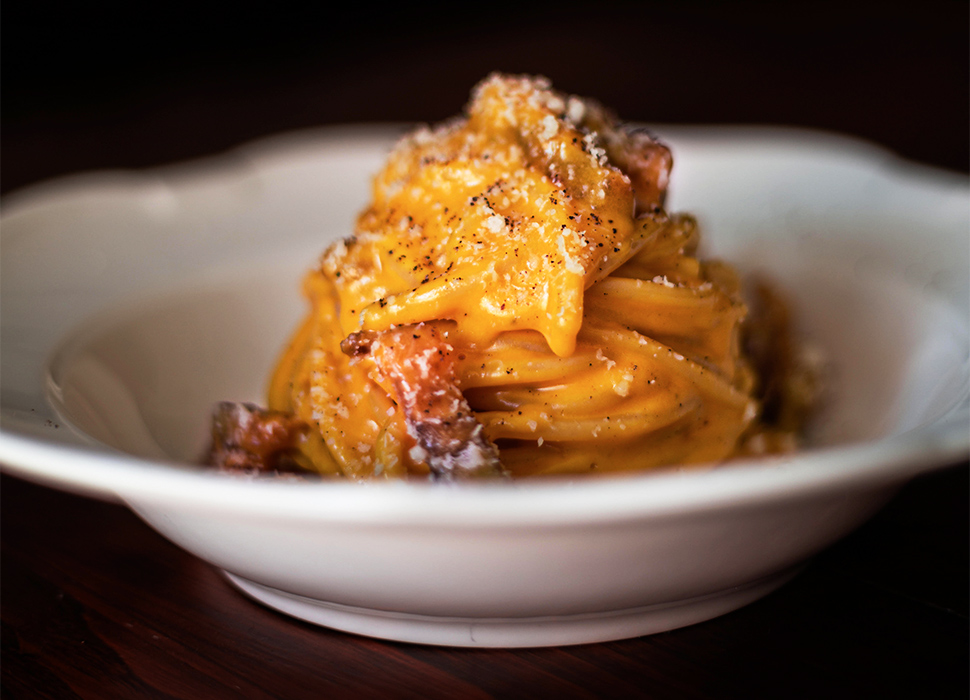 Santo Palato: "This is the most famous neo-trattoria in Rome. Their focus is high quality produce; they even have a sign saying ‘In questo locale si servono fava fresche’ – ‘We only serve fresh broad beans here’. Their carbonara is exemplary and down to the quality of the guanciale. The hype is real." 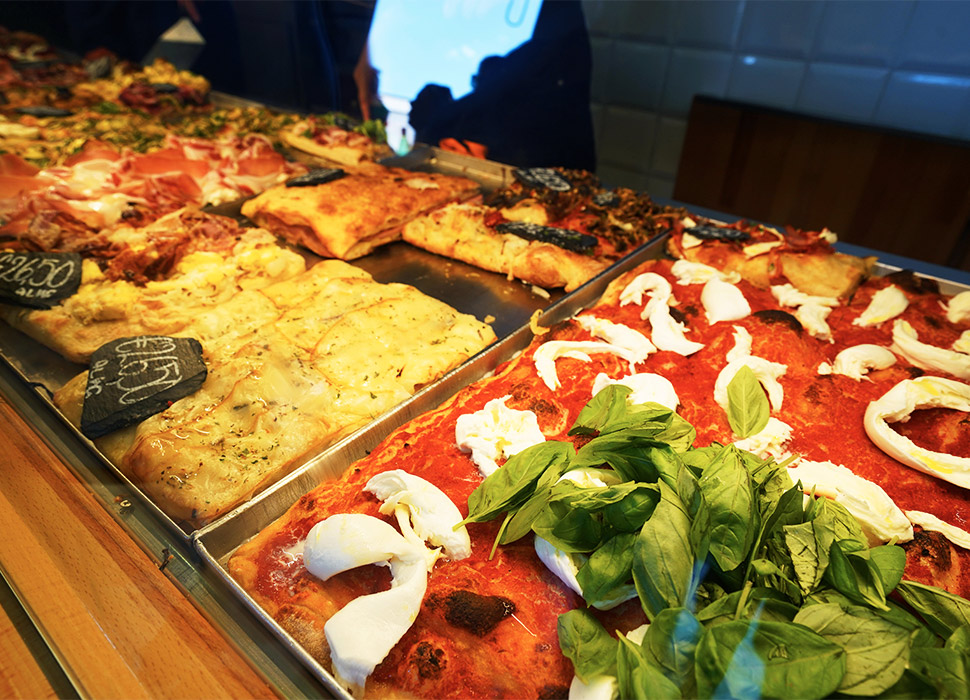 City-best slices by the 'pope of pizza Romana' / Image: Alamy

Pizzarium: "Well, the head chef, Bonci is definitely the pope of 'pizza Romana'. Go to Pizzarium for the pizza as well as fried treats, and be prepared to queue. What makes Roman pizza different is the thin and crispy dough. Bonci’s is famous for the high hydration which makes it a pleasure to eat and easy to digest, as opposed to the more doughy Neapolitan pizza."