The sun sets over the dome of St Peter’s Basilica / Image: Adobe Stock

You're in Rome, so you're obviously going to see the Pope and his dreamy enclaves – just like everyone else. So what's the best way to go about it?

The sun sets over the dome of St Peter’s Basilica / Image: Adobe Stock

OK, you’re visiting one the busiest sites on the planet so, whatever way you do it, it’s going to be crowded. Still, there are methods to help minimise the madness. For a start, do it back to front: most tour groups hit the museums first so start at: 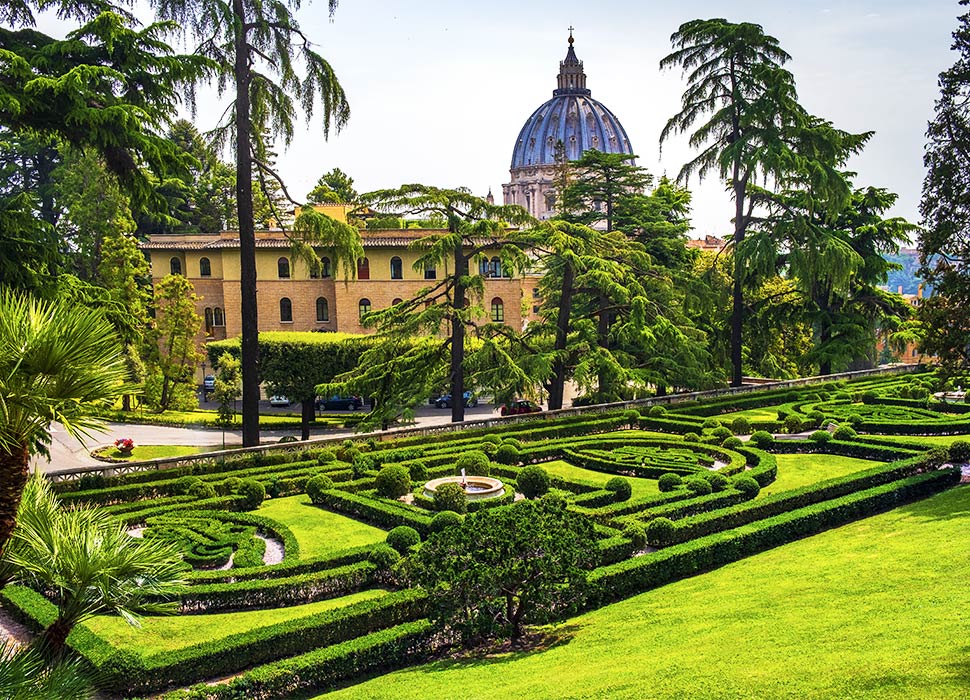 Begin at the dome (aka 'the cupola'). Get there at opening, 8am daily, and heed the no-exceptions, don’t-even-bother dress code: long trousers, men; no bare shoulders or above-knee skirts, women. If you can do all 551 steps to the top, then do, as you’ll sidestep the lines to the elevator. Take in one of the most epic views in Rome with a €1 espresso from the secret rooftop cafe.

From here, follow the signs to St Peter’s Basilica (free entry) that, sure, isn’t empty, but still way less rammed than it gets in the afternoon (head to ricksteves.com for a free, hour-long audio guide).

If you’re not a morning type, fine. Some of the best tours of St Peter’s Basilica are free and are run by the English-speaking seminarians at The Pontifical North American College and begin 2.15pm.

For lunch, absolutely avoid the drab and seriously expensive snacks around Vatican City and, hey, when in Rome… Join the locals at Bonci Pizzarium (at via della Meloria, 43) for some of the best pizza al taglio (by the slice) in Rome. From here, it’s a ten-minute walk to the museums. 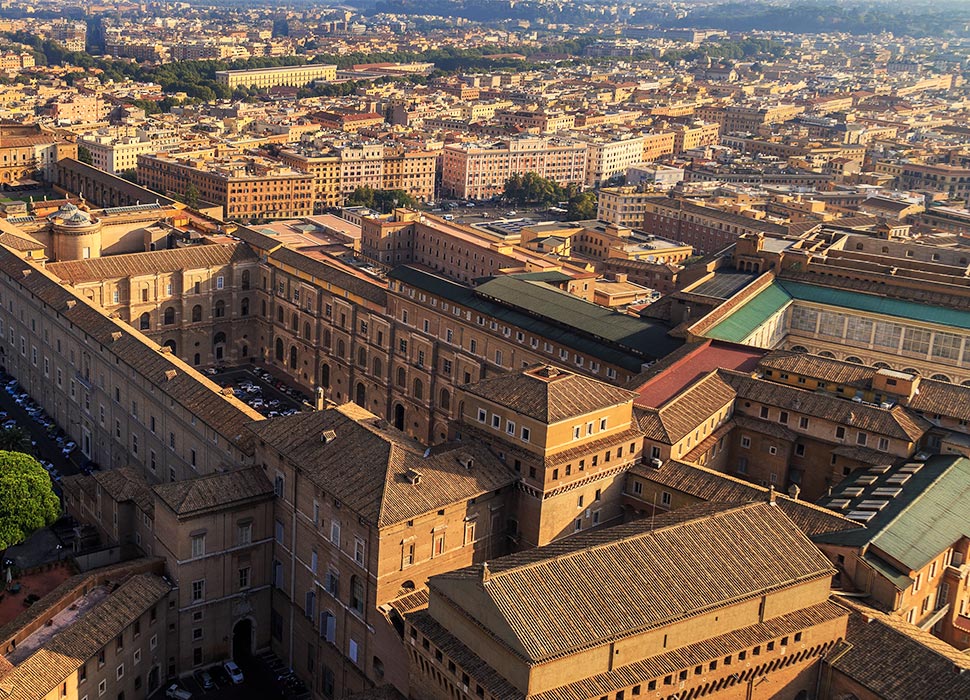 A God's-eye view of the Sistine Chapel and the Vatican Museums / Image: Adobe Stock

The Vatican Museums (9am-6pm Mon-Sat) are huge so don’t be too ambitious; and, unless you’ve got a ton or energy and a planet-sized sense of humour, it’s probably better to mix the heavily trafficked galleries – like, say, the always-rammed Raphael Rooms – with the oddly overlooked spaces like the Pinacoteca (home The Transfiguration by Raphael as well as Caravaggio masterpiece The Entombment of Christ).

Wind up at the Sistine Chapel (at its least manic in late afternoon). Or not. Game the whole visit by going to the unbelievably low-key Friday-evening openings (April-October, excluding August; 7-11pm). The ticket price is the same (€17) – note, so is the dress code – but you get huge parts of the galleries, as well as the Sistine Chapel, more or less to yourself. Finish with a glass of wine at the Pinecone Courtyard.

Another tip? The Vatican Museums are closed on Sundays except the last Sunday of each month when they’re free (9am-2pm). Still, remember that the Papal Audience is held every Wednesday and Sunday so everything is generally busier in and around the Vatican on these days.

The best restaurants in Rome

The best things to do in Rome