Relive The Italian Job in Turin

Looking for a classic holiday caper? Make a dash for the Italian city that staged cinema’s greatest heist

For lovers of classic films and cinematic tourism, it doesn’t get much better than Turin. This, after all, is the backdrop to The Italian Job – the greatest crime caper ever, and swinging by the iconic structures featured in the movie is a whole lot of fun. Just follow this Mini map through Italy’s elegant northern city. 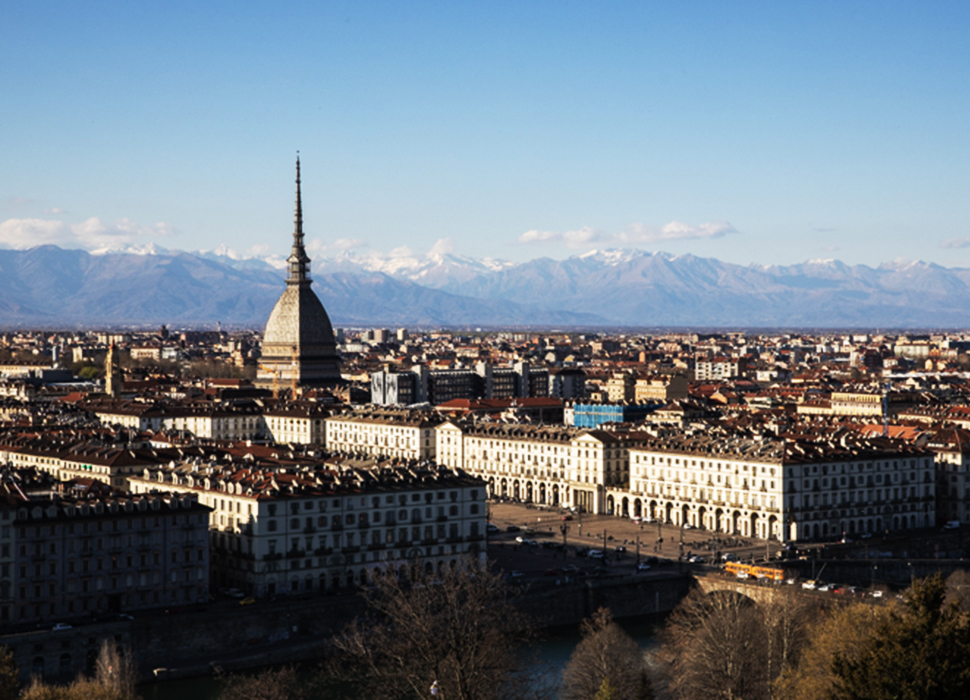 Want to get the full measure of the city and its impressive surroundings before you start exploring? Drive up to the Church of Santa Maria al Monte dei Cappuccini at sunset for the most comprehensive views of Turin’s mountain-backed skyline. On a clear day, you can even see the distinctive peak of the Matterhorn.

Built in the 17th century, this sprawling villa on the outskirts of Turin is surrounded by lovely gardens, fountains and pavilions and has been open to the public since 2006. It is here where Charlie Croker (played by Michael Caine) and his crew battle last-minute nerves as they make their final preparations for the heist.

This squat 19th century neo-classical church is one of the most memorable obstacles in the way of Croker’s getaway vehicles as the iconic red, blue and white Mini Coopers tumble down the steep steps in front of the building, interrupting a wedding along the way.

The Italian Job’s most audacious stunt – the Minis jumping between buildings – was filmed at the then Fiat factory (now the DoubleTree by Hilton Turin Lingotto), which has the remarkable Lingotto Racetrack on the roof. Once used to test cars, the course has panoramic views across Turin and is ideal for a surreal morning stroll.

An indoor arena built for the Italia 1961 Expo and restored in 2006 for the  Winter  Olympics, the Palavela and its unusual roof, which slopes all the way to the ground, was just too much to resist for filmmakers who drove the Minis up the structure – much to the chagrin of local authorities.