The Slow Food movement has been championing Piedmontese cuisine for more than three decades. Now, a crop of new farm stays are employing its back-to-basics philosophy in luxe settings

Want more low-footprint goodness? Check out our guide to the best farm-to-table and hyperlocal restaurants in Europe.

Or, if you want to get to grips with Italy's food scene writ large, take a peek at our guide to Italy's regional dishes. 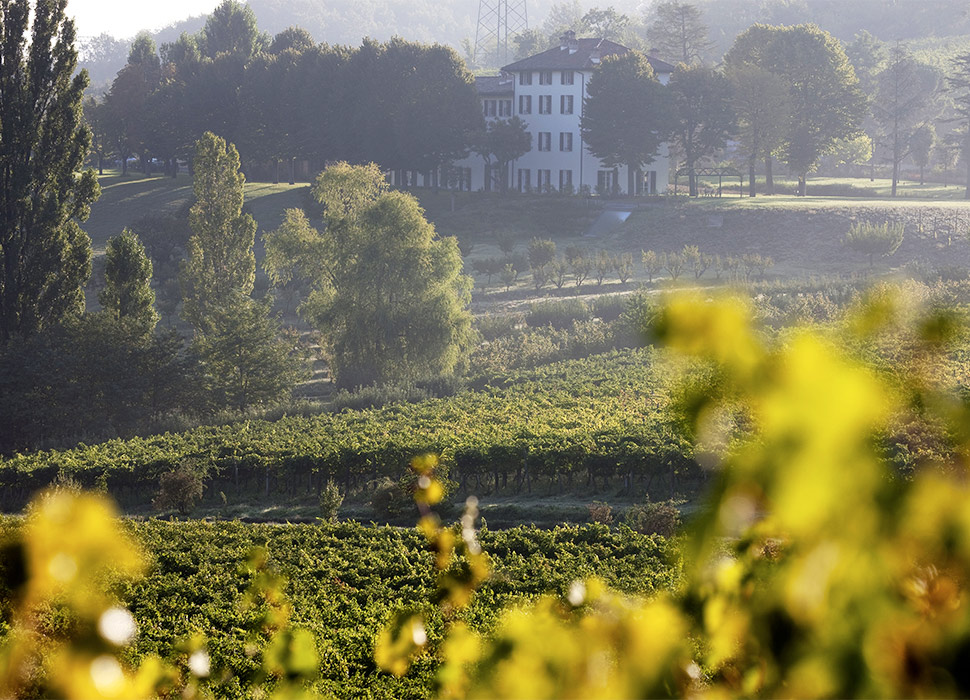 Looking at a map of Northern Italy, Piedmont – a startlingly green, landlocked slice of land at the foot of the Alps – can feel like the odd one out. In a constellation of famous regions (Lombardy, Emilia-Romagna, Tuscany, Liguria, and Veneto), Piedmont is eclipsed by its highly-photographed neighbours. But there’s one thing Piedmont excels at, a regional tradition that’s been fiercely guarded by locals for over 36 years: Slow Food.

If you’re an avid follower of global food movements, you may be familiar; if not, Slow Food is a philosophy and coalition of chefs and restaurants championing local food traditions, as well as the simpler pleasures of uncomplicated, land-based cooking. It all began in the tiny town of Bra, Piedmont in 1986, and has since spread globally, evolving into a formal organisation of food producers who put regional knowledge and ingredients first.

Accessible by nature, and community-oriented in spirit, Slow Food doesn’t jibe naturally with fiddly Michelin-starred restaurants or luxury hotels – it feels more at home in a low-key trattoria or family-run agriturismo. But a new crop of Piedmontese gastro-hotels are giving this long-running movement a glam update, fusing five-star service and thoughtful design with the telluric, back-to-basics philosophy of the Slow Food movement.

Take Locanda la Raia: sitting pretty amongst the undulating vineyards of the Gavi region, this family-run hotel and winery was reopened in 2020 after a three-year renovation. The new Locanda la Raia emphasises a “slow pace” and a close relationship to nature, with its organic vines, small-hold farm, and inside-outside design that ensures an uninterrupted flow between the main building – an old, sage-green port house – and the outside world. 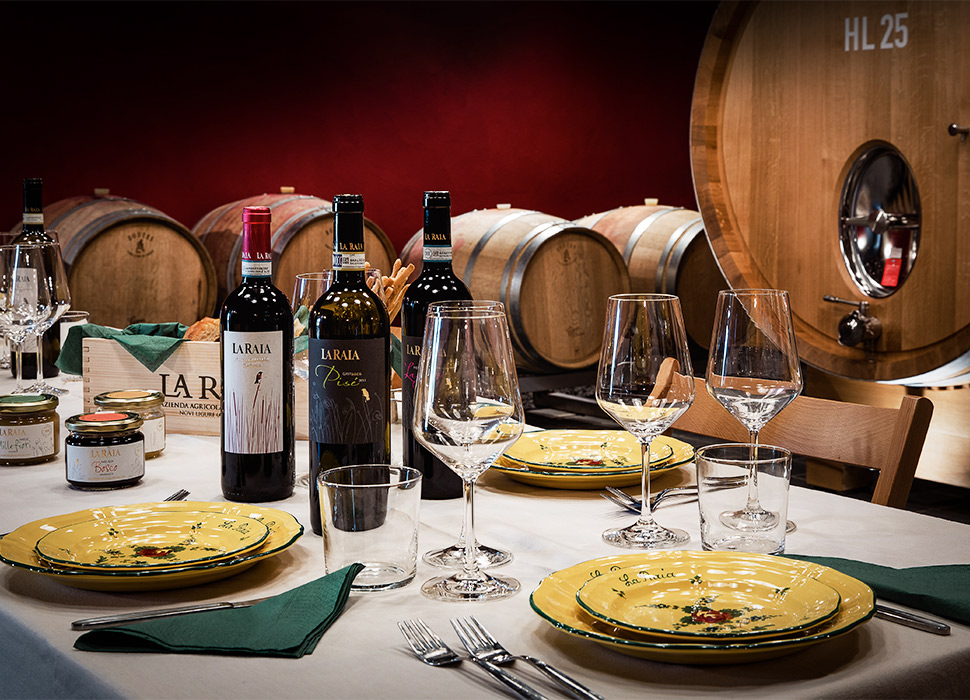 While there are many vineyards and farms in the area, Locanda La Raia’s is one of the few that is certified biodynamic. What this means is that farming follows the rhythms of climate and soil, adhering as closely as possible to natural production cycles. Growth aids are employed sparingly, and when they are used, they’re made from all natural materials.

“It's important to me to give my son a farm that has an enriched soil, not something which we’ve been using to just make and sell a product and sell,” says owner Piero Rossi Cairo.  “[Sustainable farming] is 100% the future.”

Locanda La Raia are obsessive about following the principles of biodynamic production (they need to be, if they want to retain their official certification, which is bestowed by the very fastidious biodynamic association). Across the sprawling estate, hedges of swaying dandelions and pampas grass grow wildly, glowing subtly pink when the sun sets behind the vine-striped hills. Sheep are left to graze freely on the uncut grass, and cows, horses, and chickens roam around free-range enclosures.

Though Locanda La Raia are informed by the principles of Slow Food, they are also relentlessly forward-looking. Their estate, for example, employs ultra-traditional methods – like the pisé (rammed earth) cellar, a modern iteration of an ancient wine-making technique built by Austrian architect Martin Rauch – to make experimental blends. 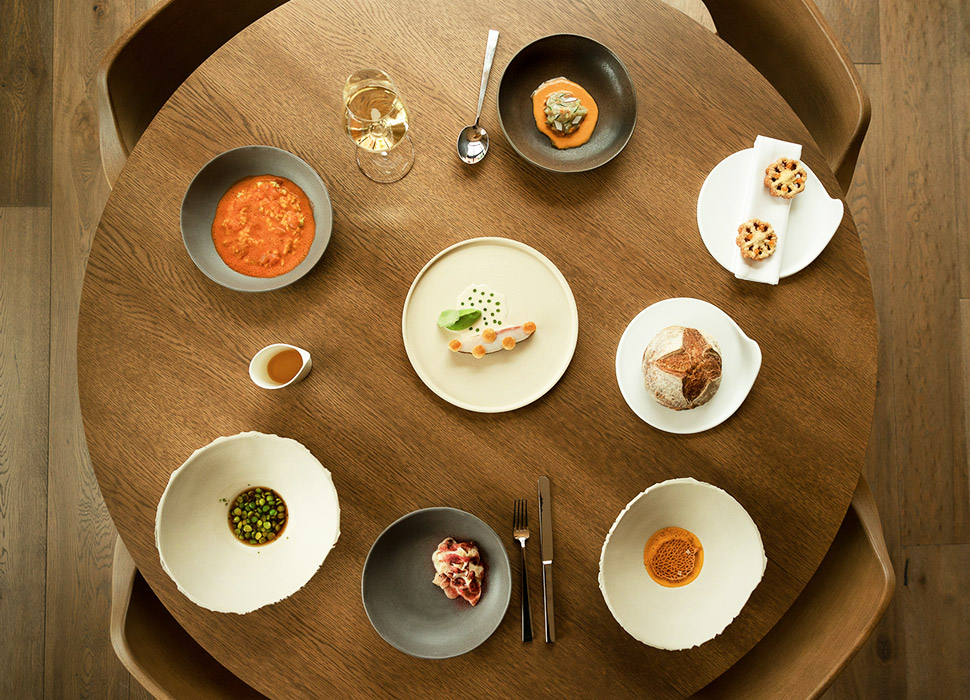 And, though Cairo says that wine “pays their bills”, Locanda La Raia is far from a monoculture. The farm also produces spelt, rye, honey, and a variety of vegetables, plus beef and poultry. A good crop variety is important, says Cairo, so that the soil doesn’t become too altered – plus, cultivating a diverse ecosystem helps preserve the unique characteristics of the landscape. “Farmers are the keepers of the land and the landscape,” says Cairo. “When the landscape is as beautiful as it is in Italy, they don’t just have the task of producing good quality food, they have the task of preserving something which is unique.”

The estate’s slow ethos finds its fullest expression in Locanda La Raia’s restaurant. Chef Tommaso Arrigoni ­– also head honcho at Michelin-starred Innocenti Evasioni in Milan – serves those ultra-classic Gavi specialties locals are so proud of, only with meticulously-sourced, all-local products (many of which come from the farm). Arrigoni’s meticulous eye for ingredients becomes obvious on the plate – each one is beautifully arranged and layered with flavour: pieces of marinated umbrine are laid out between morse code rows of green bean and anchovy sauce; that ubiquitous Piedmontese dish, the Russian salad, is reborn as a creamed spring vegetable filling sandwiched between crumbly hazelnut biscuits. 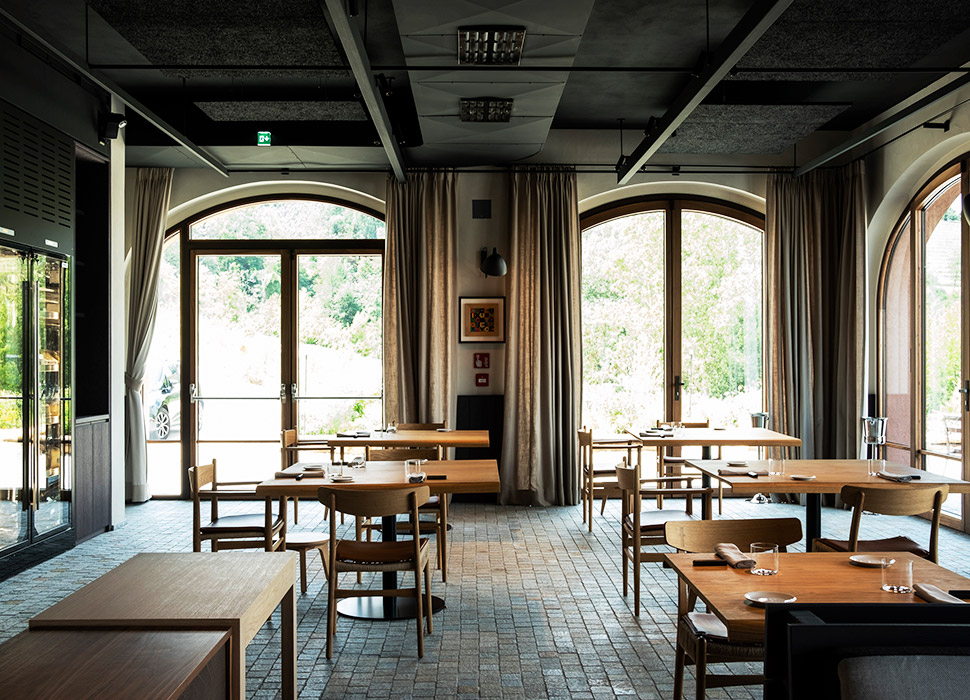 There’s a big educational focus at Casa di Langa, as well. The estates offers a WSET accredited wine course (one of the few in Italy), plus tastings that offer an introduction to the wine traditions of Piedmont. On the food side, classes teach guests sustainable kitchen techniques and the principles of farm-to-table cooking; or, for those inspired by the 2020 Piedmont-set doc The Truffle Hunters, there are regular expeditions that lead guests on a truffle-finding odyssey across the Casa di Langa estate.

So, are luxe farmstays truly the future of Slow Food? Is this an elitist branch of the movement, or a clever update on the Slow Food ethos which allows it to evolve with the times? Cairo insists it’s the latter – according to him, this new crop of agriturismos are about much more than just plush beds and tasting menus. They’re also all about combining the Slow Food praxis of championing the small and local with Earth-friendly farming techniques. “You can be part of the Slow Food association without being organic,” he says. “Just because you buy from the farm next door, doesn’t mean they’re producing things healthily.” And if sustainable farming happens to come with lush accommodation? Even better.

How to spend 48 perfect hours in Florence