The abbey of Monte Cassino, nestled on a hilltop / Image: Emli Bendixen

By the sacred abbey of Monte Cassino in rural Italy, a few hours north of Naples, a 1,500-year-old brewing tradition is being revived after decades of neglect

The abbey of Monte Cassino, nestled on a hilltop / Image: Emli Bendixen

Not all beer is the same. Some of it’s worth no more than a stroll to the corner shop for. Now and again it’s worth a trek across town to that specialist bottle shop. But some beer is worth a pilgrimage: to a remote hilltop in the Italian countryside, far from the chic terrazze of Milan and the craft-beer bars of Rome, to the grounds of a monastery, one of the holiest sites in Italy (a country with holy sites around every corner). Since late 2018, Birrificio Montecassino in Lazio has been bottling a brand-new abbey beer with 1,500 years of history behind it, and you have to come here to try it. 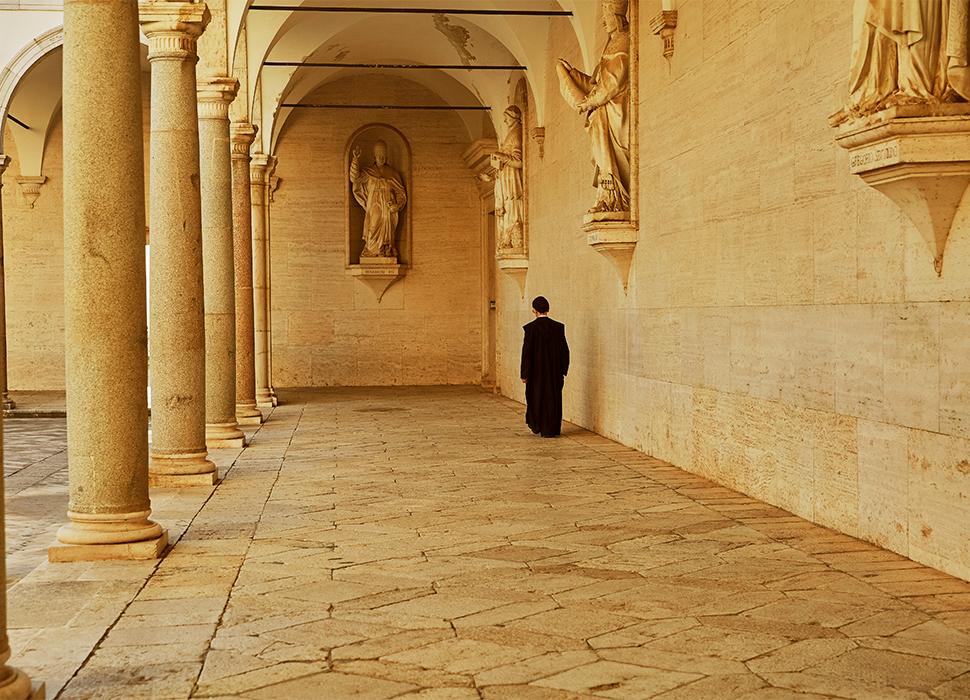 In 525 AD, a monk from Perugia was fed up with the rowdiness of the Romans. They were a wild bunch, after all, with their orgies and lion vs bear cage fights. This Benedict knew that to be closer to God meant a life free from distraction and debauchery. As he wandered south he came across a temple to the Roman god Apollo in Cassino and founded a monastery there, which pretty much kicked off the whole ‘brothers doing it for themselves’ movement of Western monasticism. Benedict’s austere motto was ‘Ora et Labor’ – prayer and work – but he advocated the brewing of beer. And so this remote hilltop in the Italian countryside became not only one of the most important places in Catholicism, but the birthplace of proper beer, as Benedict’s rigour meant the monks’ holy brew was a few levels above the sour porridge that passed as ale in the medieval era. It was closer to God, you might say.

The man himself became St Benedict – patron saint of monks, and of servants who have broken their master’s belongings, among other things; the monastery flourished (St Thomas Aquinas studied there as a lad) and the beer became known throughout Europe. For a while, at least. Some time in the 20th century the brewing ceased, and in the last couple of decades the monks scaled back their farming. 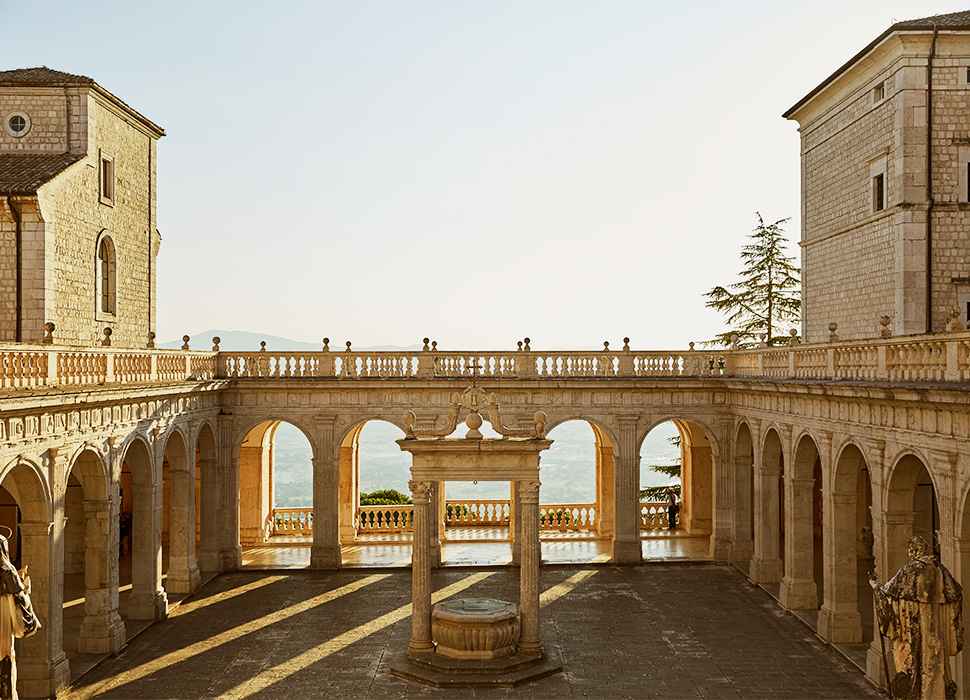 I’ve come to Monte Cassino with Daniele Miri, a local entrepreneur who’s re-established beer-making in Albaneta, on the monks’ land. When we meet in the town of Cassino, at the foot of the mountain, there’s not much to suggest that nearby is one of the most exciting new places in European beer-making – or that there’s a dark history hanging over it. Monte Cassino was the site of one of the bloodiest battles in WWII; over 20,000 men of all nationalities lost their lives on the slopes following an ill-advised Allied bombing that reduced the ancient abbey to rubble.

“You can still see spent bullets in the soil,” Daniele says. In particular, 1,000 Poles died on a march north to liberate their homeland. They’re interred in three Polish cemeteries here and annually tens of thousands come to pay their respects, joining walkers coming off the Cammino di San Benedetto, a 16-day trek from the saint’s birthplace in Umbria, to his tomb in the abbey.

Daniele’s half-Italian, half-Yorkshireman, and comes with an inimitable accent that’s strong Gino d’Acampo with a dash of Keith Lemon. As he drives us through the unassuming streets of Cassino and up the looping hairpins of the mountain, he tells me why he was moved to bring beer back to this storied place. 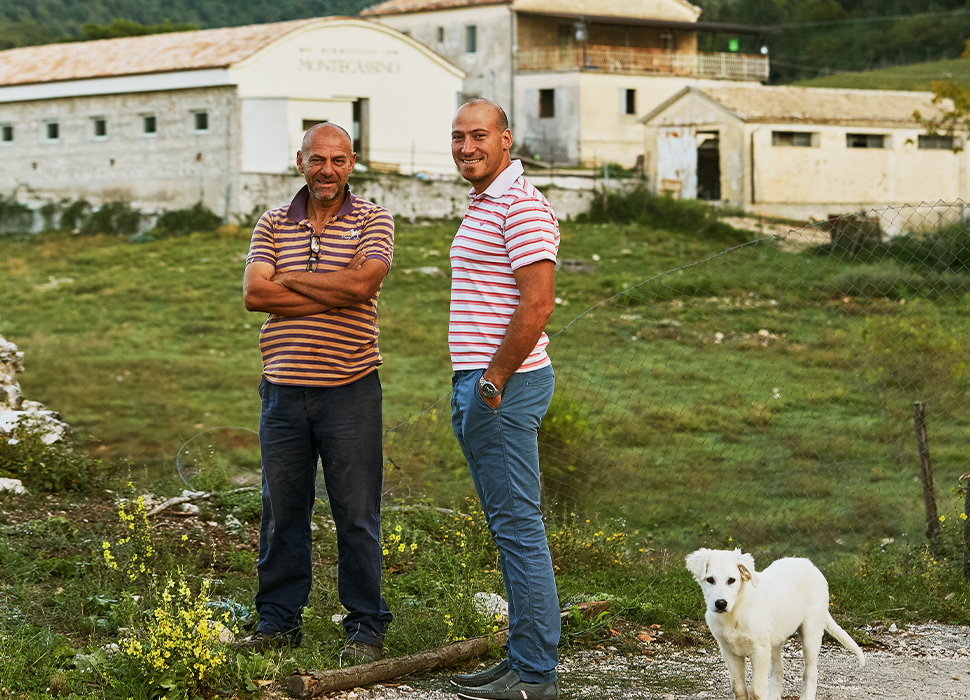 “Cassino is the only town in Italy without a traditional dish. You ask the locals about it and they’re a bit embarrassed. Also, the town isn’t on the tourist trail. Although there are over 700,000 visitors, they visit the abbey then leave. There are factories here, especially a big Fiat one – the town is industrial – but there is no identity.” The town, like the abbey above it, was utterly destroyed during Allied wartime efforts to break through the ‘Gustav Line’ across central Italy.

Daniele has leased some of the farmland once used by the monks and for the past three years has been planning the first brew, a 6.5% ABV beer in the Belgian ‘abbey’ style, which is deep brown, rich and fruity. All going well, the bottles should be available this autumn. As well as beer, locals will be making artisanal honey, something else the brothers were once known for, and there will be walking trails through the thick forest.

On this sunny morning, it makes perfect sense. Bees flit amid fragrant wild herbs and flowers. Cowbells tinkle in the distance. It’s incredibly peaceful and picturesque, and the brewery itself, a simple, white former farmhouse with a beautiful backdrop, fits the part perfectly. “These are the fields where we grew the barley for the beer,” Daniele says, gesturing around us. “The water comes from the next mountain.” 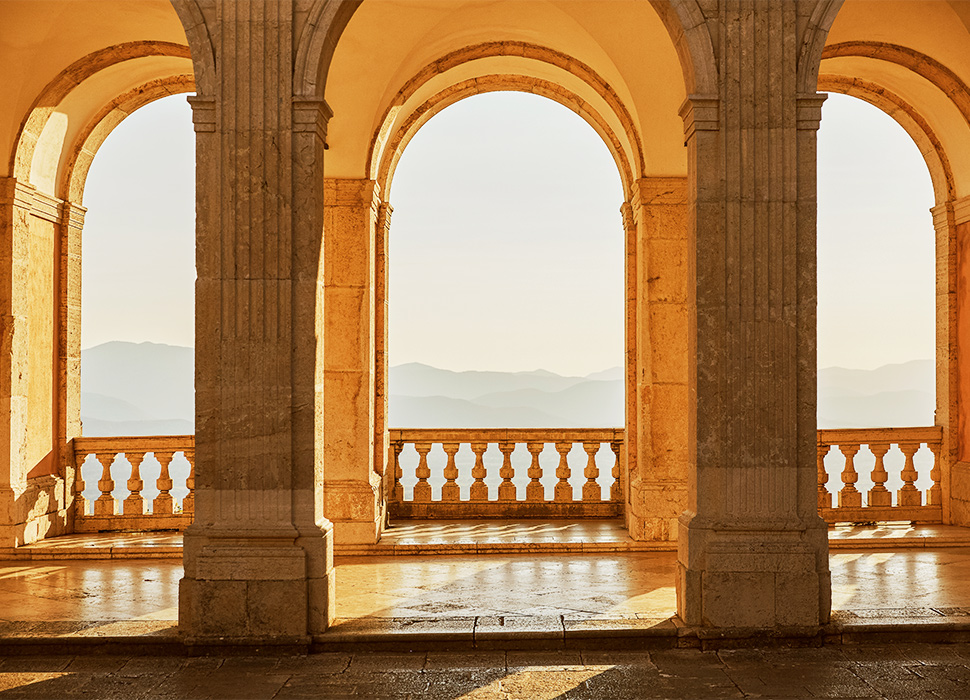 Ready to make a pilgrimage for a pint? / Image: Emli Bendixen

To make the whole beer-making side of things flow a bit more smoothly, Daniele secured the assistance of Italian brewing giant Peroni. As we stand here at the end of a bumpy gravel track by the ruined Santa Maria dell’Albaneta priory, where St Ignatius Loyola prayed for 40 days in 1538, it’s hard to imagine a multinational corporation choosing a more logistically obscure place to make beer. However, there’s something special about this quiet place: in the country where the Slow Food Movement was born, this feels like an ideal location to make slow beer.

But can a broken town really find its identity through ale? “I want to create something everyone can be proud of,” Daniele says. If the beer and honey can be made in a way that respects the past – both harrowing and sacred – it could become as much of a destination for pilgrims as the abbey itself. They might even walk 16 days to try it.

Monte Cassino is around 90 minutes drive from Naples
albaneta.com