Capri's A-list beauty must be experienced at least once / Image: Getty Images

Glitzy Capri, beachy Ischia, and the rest – these are the prettiest specks of land off Napoli's coast

Capri's A-list beauty must be experienced at least once / Image: Getty Images 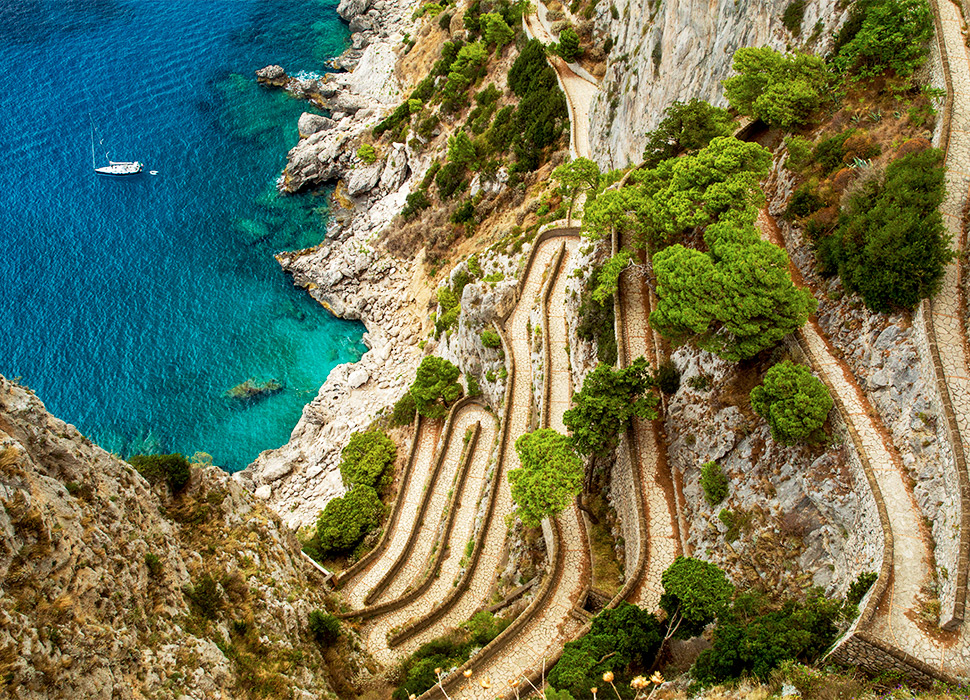 It’s no secret that Capri gets pretty slammed in the summer. Simple solution: come out of season and you get to see why the Bay of Naples’s most popular islet retains its long-held allure for the Amalfi Coast A-list. Fantastic restaurants, glam beach-clubs and, yes, if you know what you’re doing, some epic, away-from-it-all adventures along some bonkers-blue coastline. A day-trip will never do it justice – still, even then, the walk along Via Krupp to Marina Piccola from The Piazzetta is Italy’s bougainvillea-draped, dolce-vita daydream come to life. 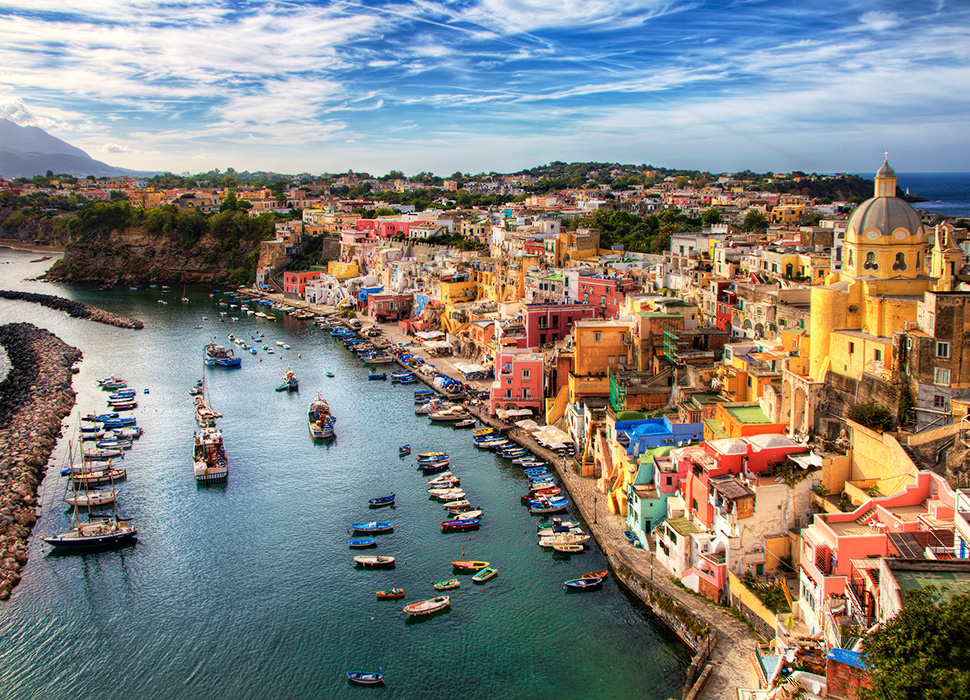 Ickle, impossibly beautiful Procida was the setting of The Talented Mr Ripley and, unlike its splashier neighbours Capri and Ischia, can be pretty slow-going even in summer (though avoid August, if possible). You’ll be left to work out why in relative peace as you wander the low-key, Cinque Terre-coloured fishing village of Corricella, explore the volcanic Vivara nature reserve or join the locals for a spritz at one of the restaurants along Marina di Corricella. Whatever you decide: keep it a secret. 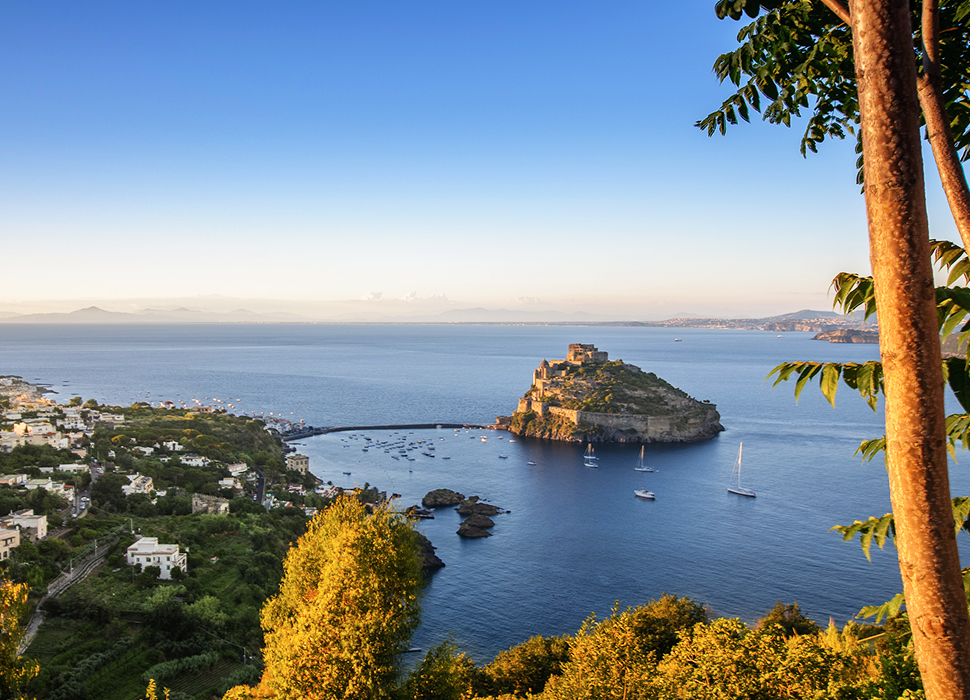 The Aragonese fortress is most spectacular at sunset / Image: Getty Images

With its countless thermal baths, as well as this part of Italy’s prettiest beaches, tiny, time-lost Ischia is the wellness wonderland of the Tyrrhenian Sea. Check in to either Negombo (€30/day pass) or Aphrodite Apollon (€25) with its natural cave sauna and eight, hot-spring pools for the ultimate R&R reboot. The next day, boot up and do the easy-ish trek up to Monte Epomeo (oh, the views), then head to the island’s secluded, slow-going hamlet of Sant'Angelo for a sundowner on the chic piazzetta and vow to come back next year. 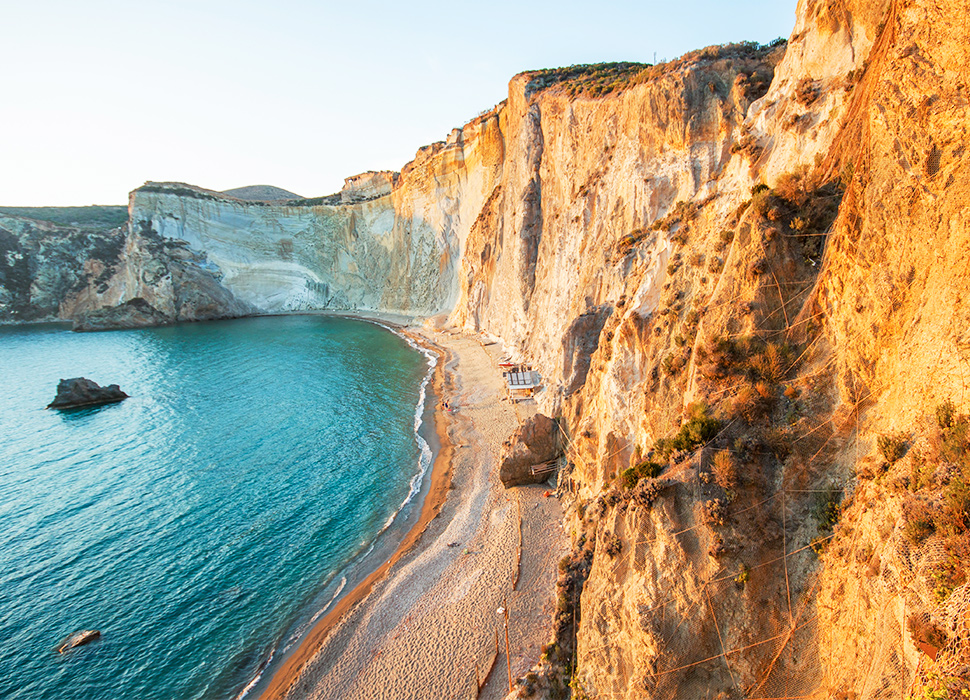 The Tyrrhenian Sea’s best-kept secret, not even Rihanna, it turns out, was a big enough star to get the long under-the-radar island of Ponza on the tourist map. Still more or less the preserve of in-the-know Italians, whatever the opposite of attention-seeking, style-conscious Capri is, well, this is it: remote, Game of Thrones-y landscapes with secluded, sun-dappled beaches; dazzling, azure-blue waters and un-blingy trattorias that do homespun cooking at tolerable, un-touristy prices. What’s not to like? 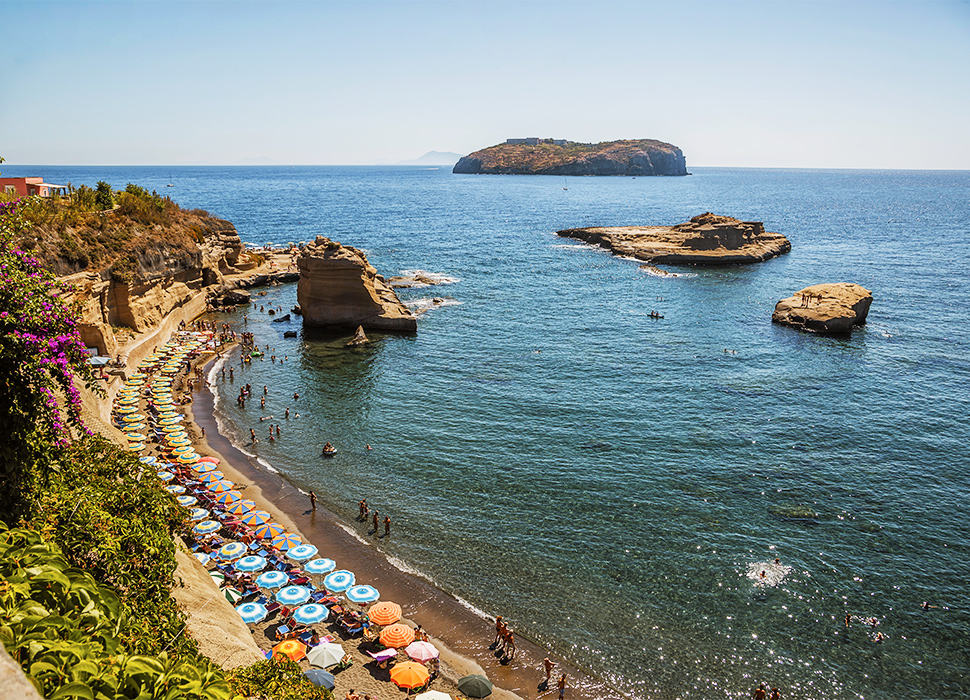 Part of the Pontine Island chainlet that includes the equally overlooked Ponza, tiny Ventotene is only 3km long and, like its larger sibling, is unknown to even some Italians. While it can’t claim as many famous visitors, it’s got just as much forgotten-about, retro-rustic charm but be warned: with only 600 year-round residents, a tiny piazza and just a couple of restaurants, this place is seriously isolani (once home to political exiles, the 18th-century Santo Stefano prison to the east of the island attests to that). With two scuba centres, it’s also a quietly buzzed-about base for clued-in divers.