The margherita is king at 50 Kalò

The margherita is king at 50 Kalò 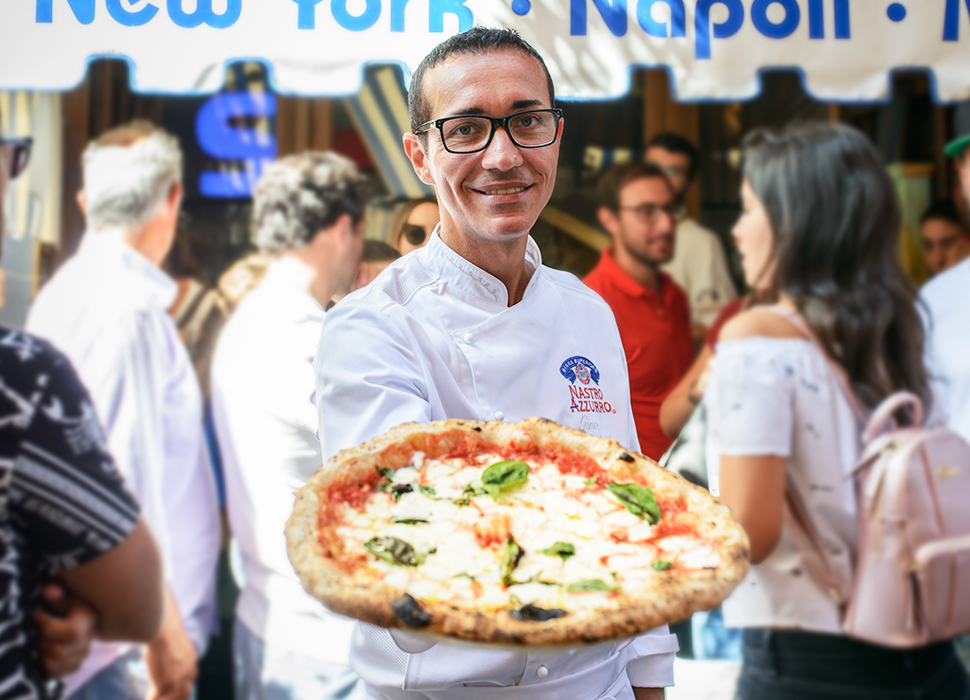 Chef Gino Sorbillo is a household name in Italy, and his Via dei Tribunali pizzeria in Naples’ Old Town is consistently rated as the best going (don’t expect any citywide consensus on that any time soon, though). Best or not – and, honestly, who cares? – these are seriously good pies at giveaway prices. You’ll have to wait for them but just about everything pays off here – even the classic marinara will haunt your dreams forever. Expect to duke it out for a table at peak times.

Whatever way you look at it, Naples’s pizza scene has long been a boys-only affair. Well, not anymore: Isabella de Cham has entered the fray with her self-titled, all-female Sanita pizzeria that specialises in creative, well-constructed pizza fritta (deep fried pizza). A born Neapolitan, the youthful pizzaiolo worked at respected pizzeria La Masardona before going it alone in 2018, and opened a second outpost in Montesanto Market. In any case, go for the classic with pork crackling, ricotta, pepper and basil: it's molto, molto bene. 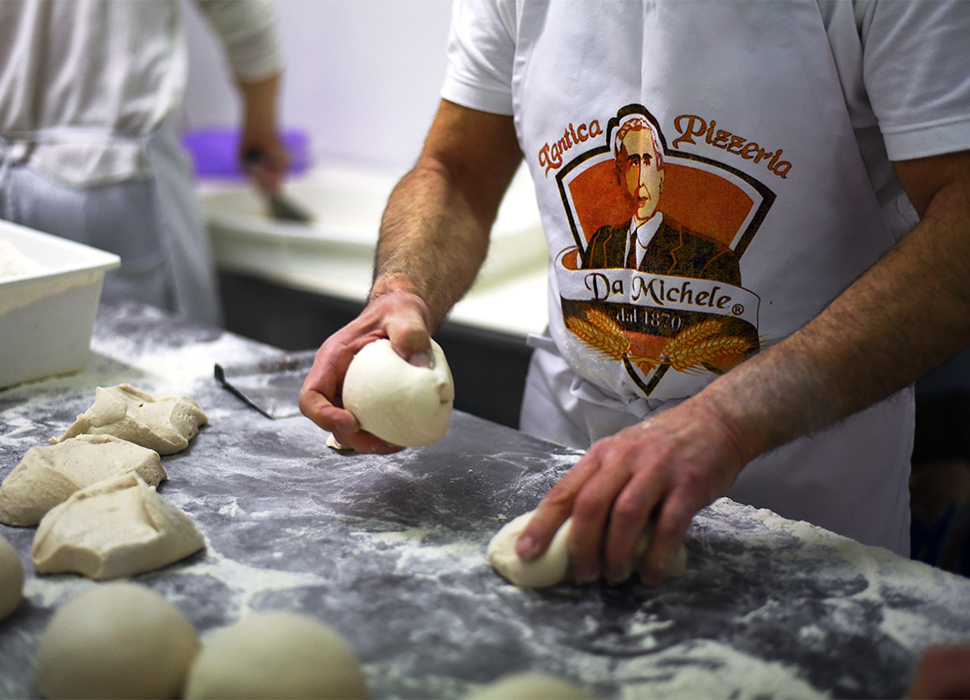 Like some of the city’s other heritage pizzerias, Da Michele is now a global chain (with outposts in LA and London), and in some corners is known as the Eat, Pray, Love pizzeria on account of its appearance in the Julia Roberts movie of 2010. Despite the attention, the Naples originator is still a simple affair that religiously pays homage to just two styles of pizza, the margherita and the marinara. Both smash it. Expect to wait.

Another can’t-go-wrong veteran of Naples's sprawling pizza landscape is this always-buzzy family joint run by third-generation owner Antonio Starita and made famous by Sophia Loren in the 1954 anthology-drama L'oro di Napoli. With 60-plus pizzas, the menu might err closer to international standards in terms of length but, even so, you’ll still see pious locals staying true to the classic marinara. And why not? 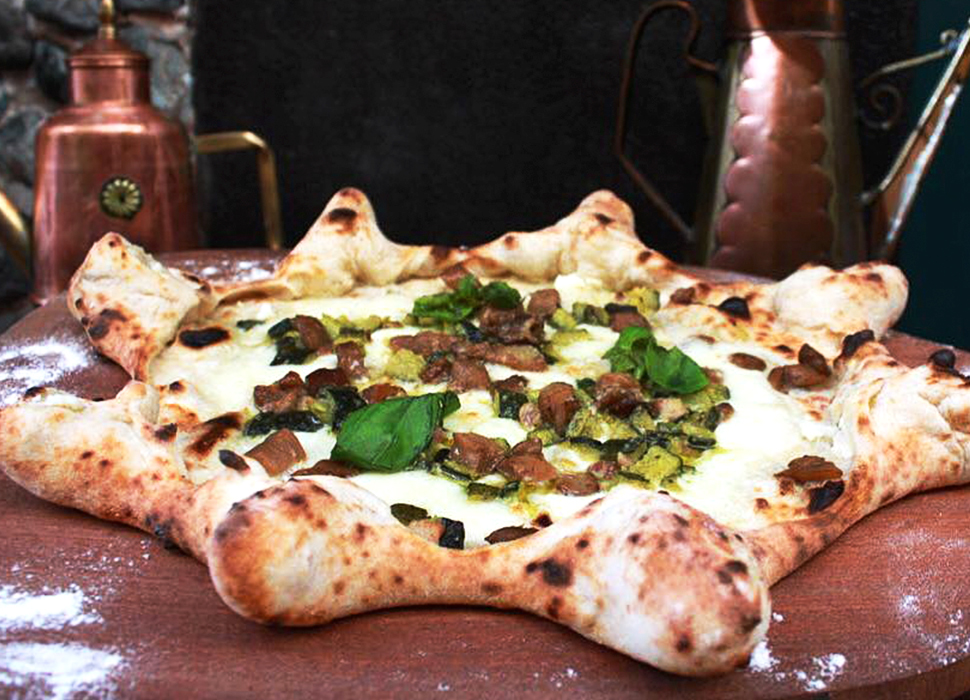 Appennini pizza is the star at Pizzeria da Attillio

Established in 1938 – a relative newcomer, then, in Naples’s pie-obsessed past – this reliably peppy, Montesanto-based crowd pleaser takes its dough discs just as seriously as anywhere else. The difference might be the vibe: though unshowy, the dining room feels less in-and-out than some of the better-known old-timers, which makes lingering over a limoncello a touch more likely. The other difference is the pies: founder Attilio Bachetti invented its signature, star-shaped pizza, among them the seriously good 'Appennini', with ricotta, provola and zucchini.

Proving that, actually, you don’t need to have a hard-earned, hills-old heritage to make a name with the city’s unforgiving pizzerati, married duo Salvatore and Carla Oliva joined forces to open Pizzeria Oliva in 2014. Yup, that’s right: this century. An immediate hit with the neighbourhood, the pizza comfortably lives up to the hype of its 18th-century rivals with one difference: no queues and, even better, outdoor seating opposite Santa Maria della Sanità that makes for the ultimate afternoon pie-and-people-watch. 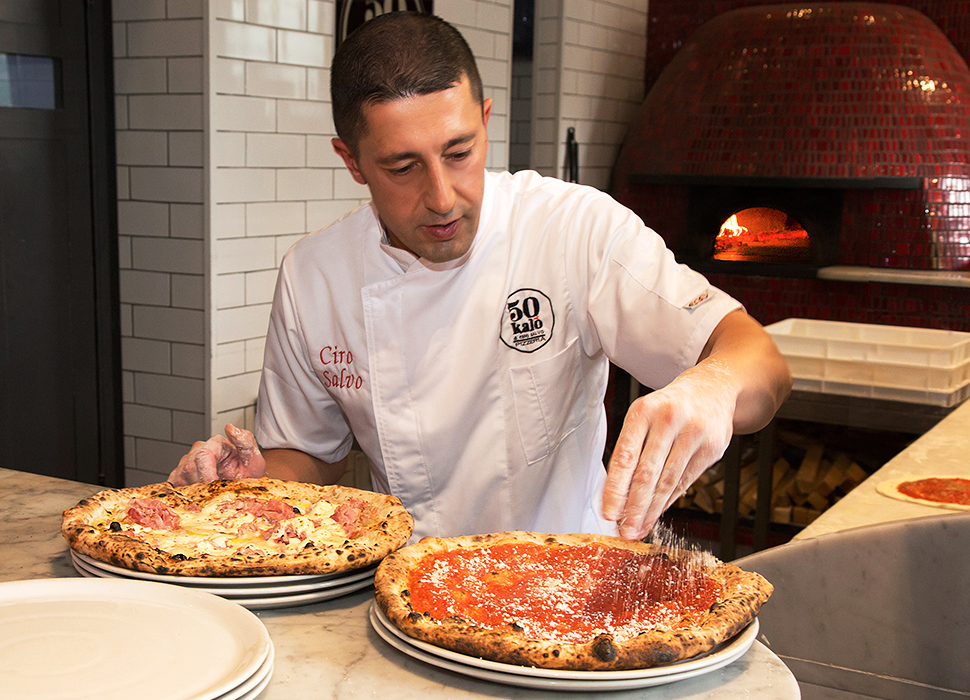 Now with a successful global chain, third-generation pizzaiolo Ciro Salvo attributes his success to “extremely hydrated” dough (he adds water to low-protein flour) and a more researched approach to the sourcing of toppings. Either way, it’s worked: the pies here cleverly shift away from the classic Neapolitan canon, centring on creative, seasonal ingredients from smallhold regional farms that are eminently worthy of your attention.

If the idea of an hour-and-half wait for Da Michele doesn’t seem worth it, this part-pizzeria, part-friggitoria (fried snack shop) on the same Via dei Tribunali makes an eligible stand-in. The queues, if there are any, are shorter and the pizza isn’t the compromise its famous neighbours might like to think it is. Plus, owner Salvatore Di Matteo’s wallet-shaped pizza fritta ripieno (fried and stuffed pizza) is so-wrong-it’s-right street food at its most gloriously calorific. Good times – not queues – guaranteed. 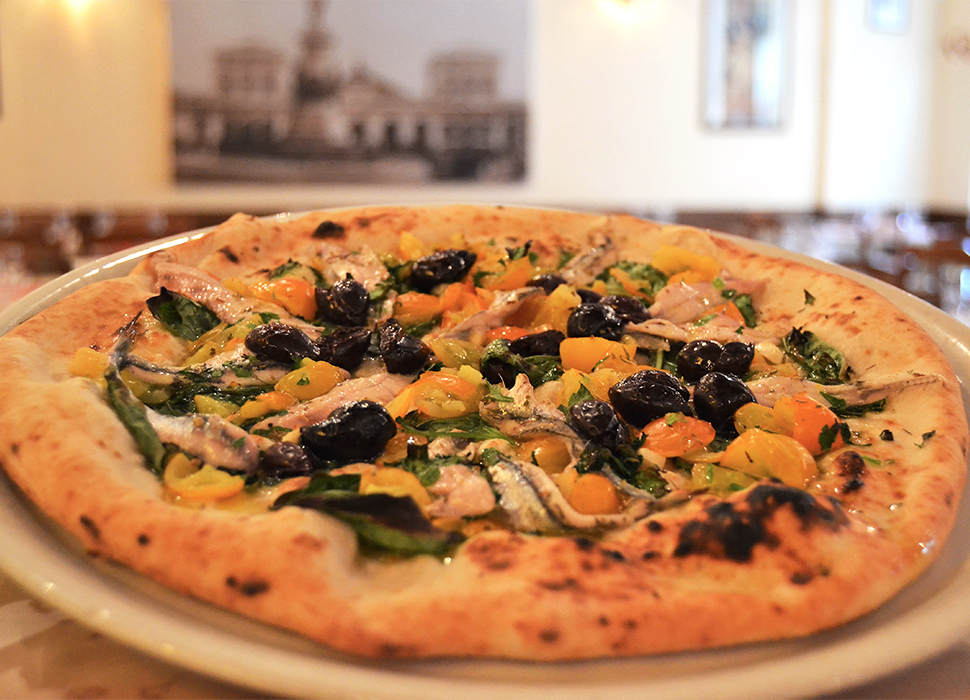 Naples-born Enzo Coccia’s La Notizia attracted praise across the city for his stellar pies. Standards didn't slip with the opening of a second branch, and the crowds keep flowing into the cool, occasion-worthy space. Dough that’s allowed to rise for between 14 and 16 hours is, apparently, the draw, as well as the chance to diverge from the classic Neapolitan standard-bearers: self-styled creations include the 'San Gennaro' with yellow pinnello tomatoes, anchovy and black olives.

This is the 1945-founded friggitoria where Isabella de Cham (of her namesake pizzeria, also on this list) learned the craft of pizze fritta before going on to conquer the city with her own take on the Neapolitan staple – the original recipe of which combines cicoli (dried pork rinds), salami, provola, ricotta and tomato. It's still family run in 2018, and owner Enzo Piccirillo has opened a marginally more attractive second outpost on Piazza Vittoria, with outdoor seating by the sea.