The best restaurants in Milan 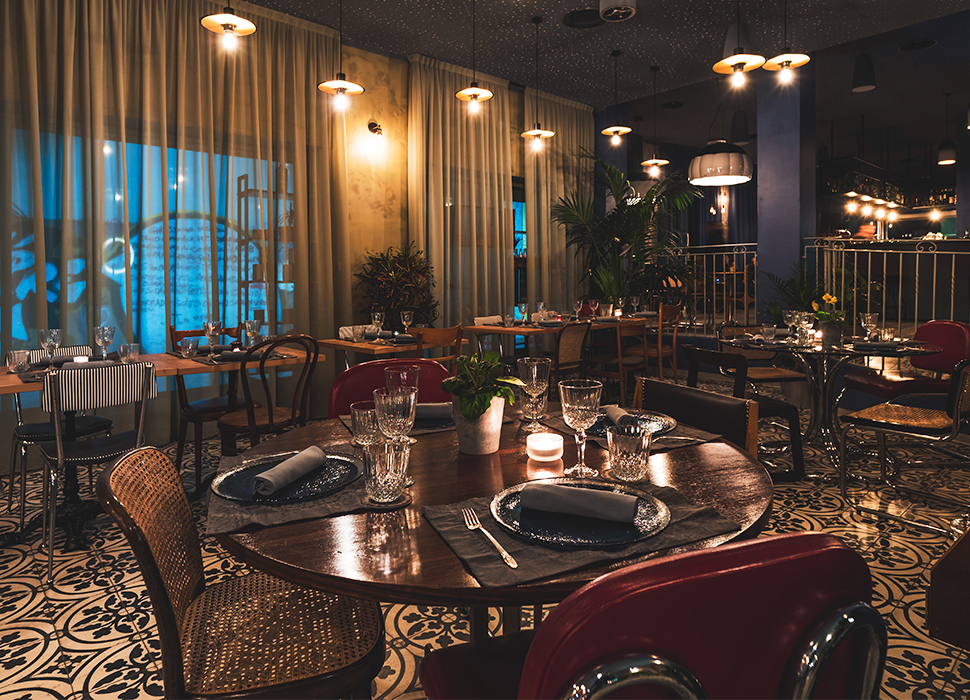 It’s a very tough category but this vibe-y, retro-chic stunner in Milan’s Navigli district is definitely up there with the city’s coolest restaurants. Worth one of your better outfits, a pretty but unprissy creative crowd sits in a bang-on-trend, mid-century dining room, grazing over home-y, southern Italian comfort food such as the clam spaghetti or pork-cheek gnocchi. Prices could be far more cynical for such a trendy address. Book ahead. 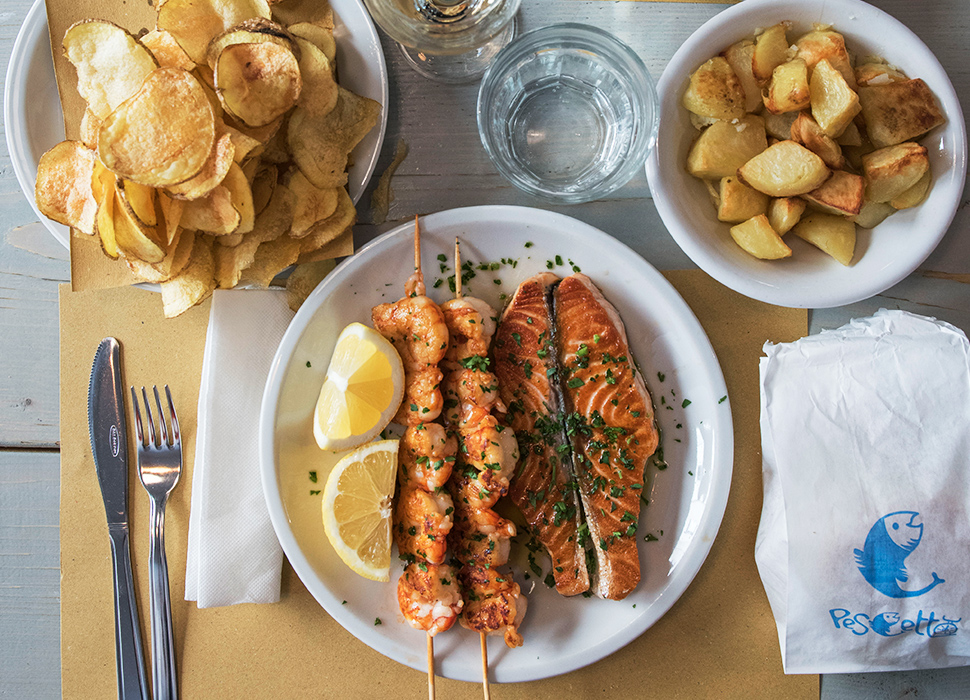 Sample the catch of the day at this no-frills seafood joint / Image: Francesco DiMaio

Milan does seafood just as well as anywhere in the south. For bigger, don’t-spare-the-bubbly budgets, then popular Michelin-starred Langosteria has you covered. But for an absolute steal of a frutti di mare meal, then this nothing-fancy seafood specialist close to Porta Garibaldi does glasses of wine for €2.50 and generous piles of fritto calamari e gamberi (octopus and shrimp) for around €12. 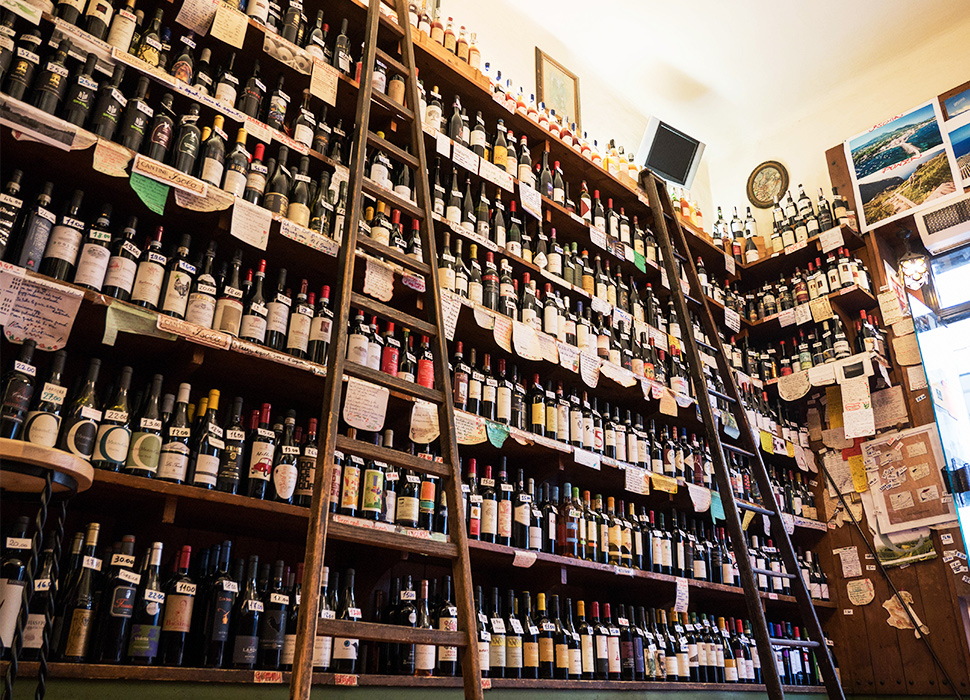 Pick your poison – there are over 400 bottles to choose from / Image: Luca Giatti

Milan is the country’s second largest city but, even so, it still has the kind of old time-y, only-in-Italy enotecas (wine bar) you expect to find out in the sticks. This place isn’t all antique charm, though, but a well-regarded, family-run institution that really knows its wine. Not that they’re snooty; still, expect at least 400-odd wines to try with some great-value rarities by the glass. And a local crowd most evenings.

You won’t find anyone in Milan who doesn’t have a thing for this small but reliably sure-footed, boho-cool pasticceria (pastry cafe) close to Porta Venezia that does excellent coffee and the kind of boss-level brioche worth crossing town for. Clearly in-it-for-the-love owners Diego, Luca and Giovanni keep standards high for the breakfast-brunch menu, but the lunch paninis are just as good as the pastries. 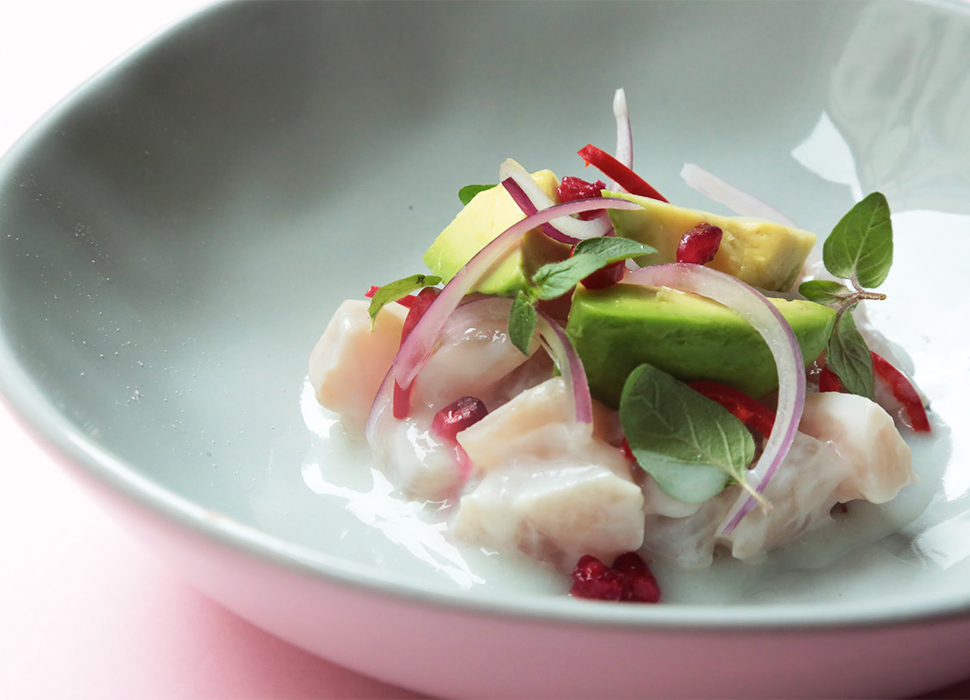 For creative Italian cooking worthy of Michelin attention (but, mercifully, as yet beyond it), couple Alessandro Garlando (chef) and romantic partner Federica Caretta’s low-flying Corso Vercelli newcomer is usually hard to fault: a simple, seasonal menu changes often and combines new-school creative confidence with fine-dining flair. Dishes may include the likes of amberjack ceviche or creamed cod, and at €45 the four-course tasting menu is well worth it. 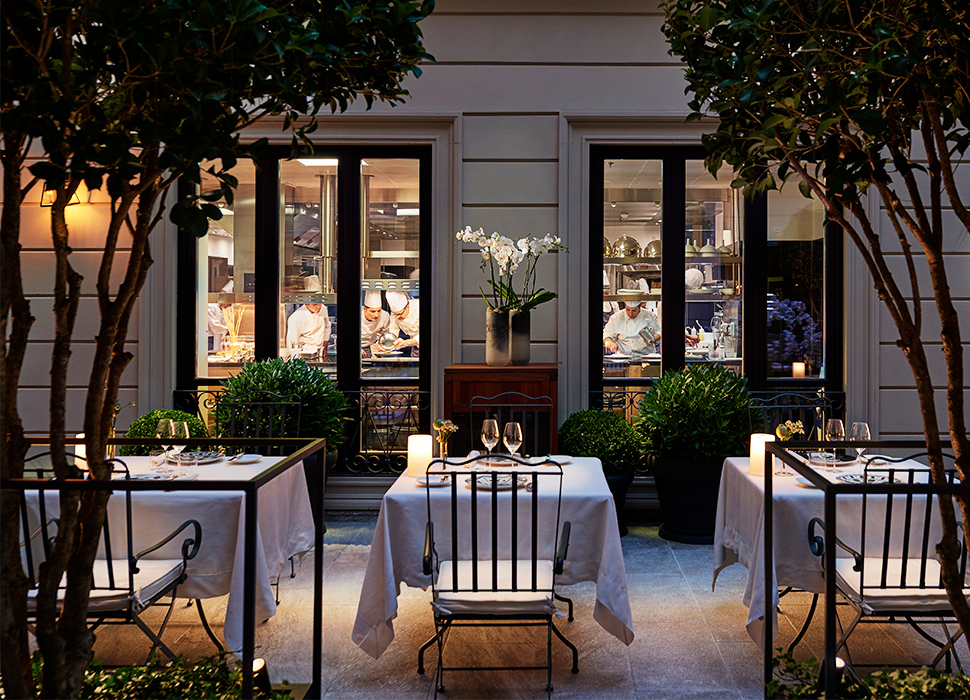 Milan has no shortage of top-whack, Michelin-starred tables willing to take your money – 16 at last count – but if we had to bet on only one then it would be boundary-shifting chef Antonio Guida’s much-hyped fine-diner at the Mandarin Oriental. The genius here is Guida's pleasingly fancy, three-figure refit of cucina povera (peasant cooking), with dishes like Champagne sauce-smothered oysters served with humble potatoes and peppers. Tables at the outdoor courtyard add to the allure. Competition is tight: book ahead.

There's tons of amazing ice cream in Milan: Gelateria Paganelli, Gelato Giusto or Artico Gelateria could all sit comfortably on this list, but owner Carlo Lanzoni’s contender just about pips it not just for the consistently high standard of his gelato, but the care he shows in sourcing his ingredients and the love he shows to vegans. Expect at least a few different dairy-free options each week. Gluten-free cones get extra points, too. 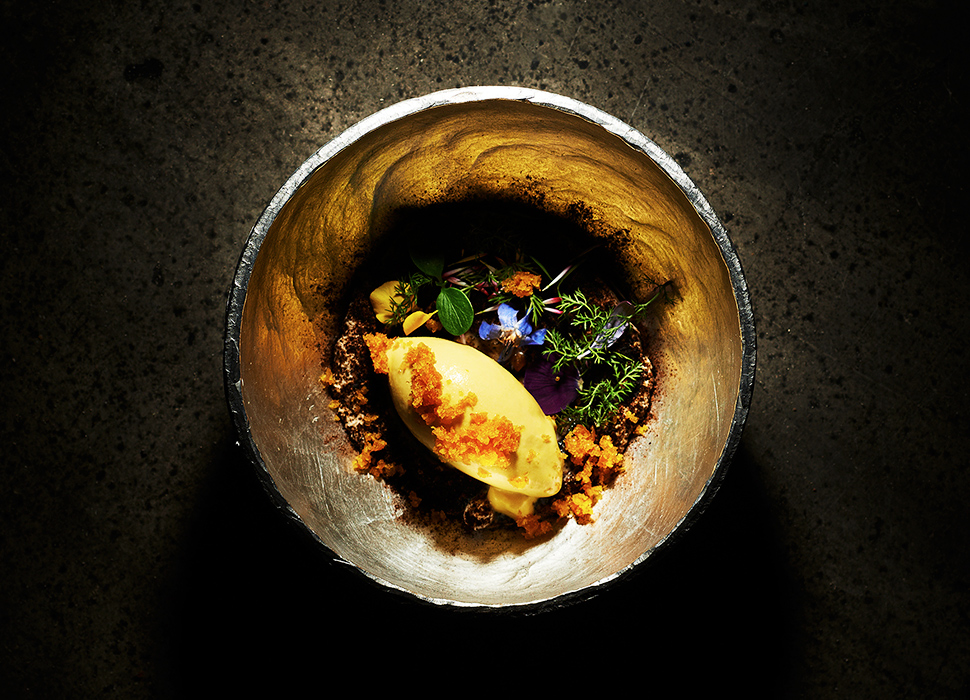 Without doubt, one of the hottest tables in town, and deservedly so. Interior ace Cristina Celestino’s minimal-chic design has seen this cute, two-room space featured in just about every architecture magazine out there while, in the kitchen, Noma alum Marco Ambrosino serves perfectly pitched plates that give classic Italian cooking a forward-thinking, neo-Nordic respin. The wine-list centres on natural and low-intervention bottles. Book well ahead or dream on.

OK, so you’re not in Napoli but, whatever, there’s no shame in pizza-craving in Milan. And, yup, as with pretty much everything else, you’re well cared for. Don’t bother with the queues at Gino Sorbillo and instead bother with the queues at this supremely good pie powerhouse in downtown Milan, where you'll find just three types of oven-baked, Neapolitan pizzas on the menu. Takeaway available. 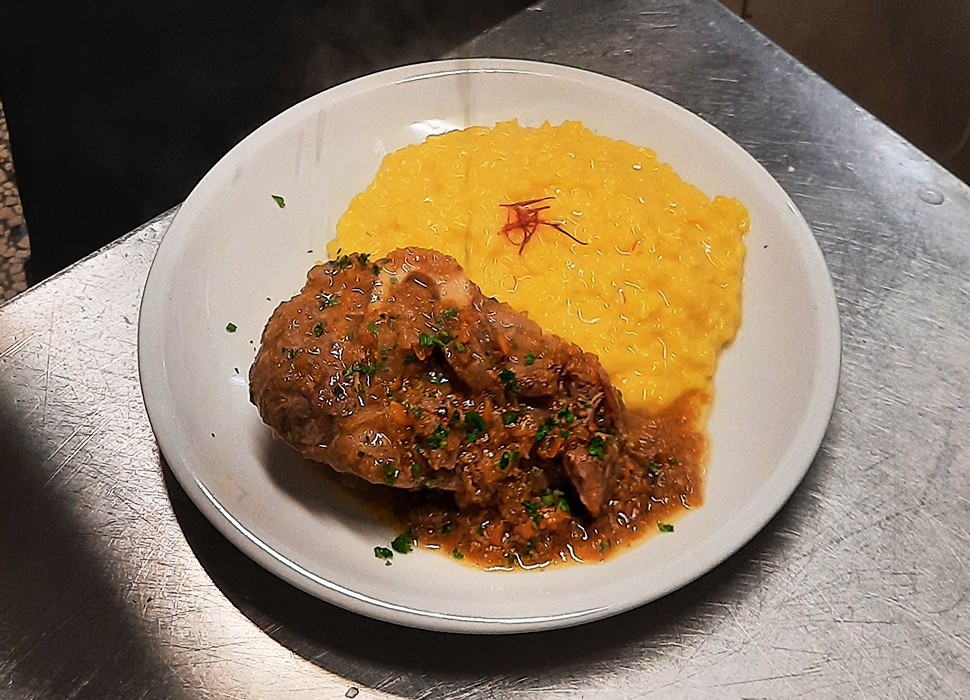 It wouldn’t be a trip to Italy without at least one meal at a retro-rustic trattoria, would it? One of the city’s oldest is this throwback, eat-like-a-local diner that does no-frills-in-a-good-way, made-in-Milan soul food like cotoletta alla Milanese (breaded veal), risotto allo zafferano (saffron risotto) or gnocchi fritto (lard-fried bread). Prices always please.