If the beautiful cities of Rome, Venice and Florence are Italy’s show ponies, Milan is the country’s workhorse. But beneath its industrious veneer are plenty of hidden treats.

Fashion is a good place to start in Milan. The capital of chic is replete with cool concept stores, ritzy boutiques and the couture flagships of Prada, Dolce & Gabbana and Versace.

The golden rectangle, just north of the Duomo cathedral, is probably the most famous retail area while The Galleria Vittorio Emanuele II is Italy's oldest shopping mall.

Milan is home to Italy’s Stock Exchange and in this city money talks. But for a low-key experience join in the local nightly ritual of aperitivo before dinner. The in-crowd will head to the bars of Navigli. A network of disused canals said to have been designed by Leonardo da Vinci, who called the city his home while working on The Last Supper — now housed in the refectory of Santa Maria delle Grazie convent. Book tickets ahead to see the masterpiece and or risk queuing so long you’ll miss supper.

The best of Milan

Best things to do
Best restaurants
Best places to shop 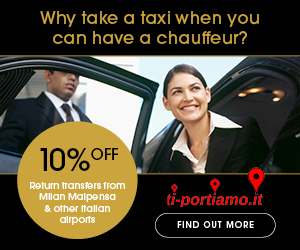 Where do Milan's fashion editors ciao down?

More to see in Milan

7 gorgeous lakes to dive into in Northern Italy
Local Legends: A designer's guide to Milan
These stylish pooches were the real stars of Milan Fashion Week