Cyclists wind up the Passo Campolongo

Be a part of Italy's toughest bike race - the easy way

This weekend, the punishing Maratona dles Dolomites rolls off the starting line in South Tyrol. Let the riders suffer and enjoy the day instead

Cyclists wind up the Passo Campolongo

That’s because they’ll be racing in the Maratona dles Dolomites, an annual event that takes riders round, up, down and beside some of the loftiest peaks in the region. Since 1987 this venerable gran fondo – literally meaning ‘big ride’ – has shut the roads to motor vehicles and made its lucky / unlucky participants push themselves to the limits of their fitness. 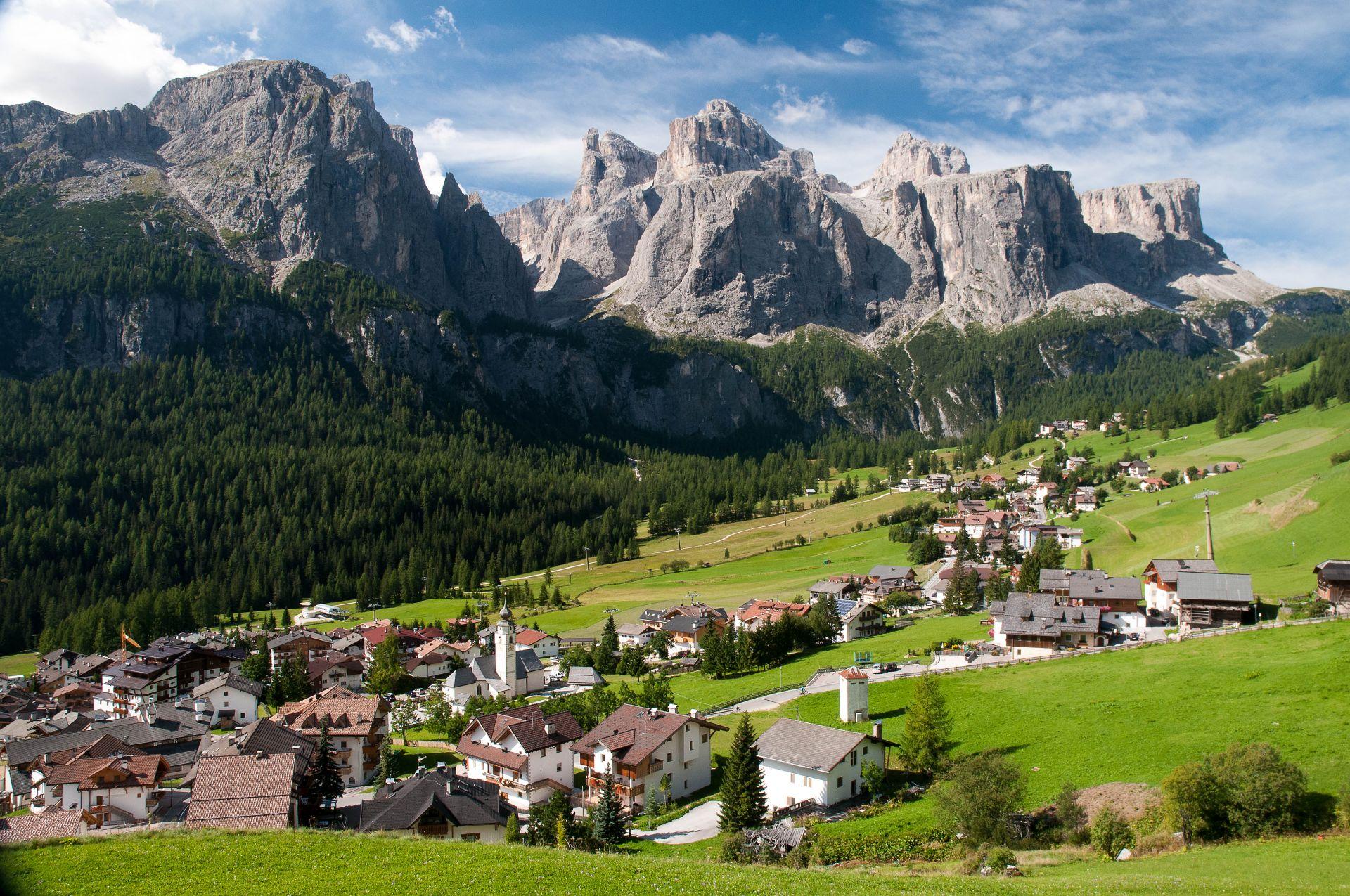 The delightful village of Corvara in Alta Badia

Between Venice and the Austrian border, the South Tyrol region, which includes the Dolomites, is a curious combination of Italian, Germanic and local cultures. In places, it looks traditionally Alpine, with its grassy meadows, cowbell-toting cattle and wood-framed chalets. The skiing in winter is reliably great, and the preferred pudding is apple strudel. It’s a Unesco World Heritage Site for very good reason. The mountains themselves are  part of the Southern Limestone Alps and are ruggedly monumental, so the roads in the area are necessarily steep, long and winding.

This makes them very attractive to cyclists, at least the kind who seek out a bit of pain with their pleasure. They often feature in Italy’s biggest professional stage race, the Giro; the names of the high passes, like the Passo Campolongo, Passo Falzarego and Passo Giau, have a special place in the history of sport in this cycling-mad country. 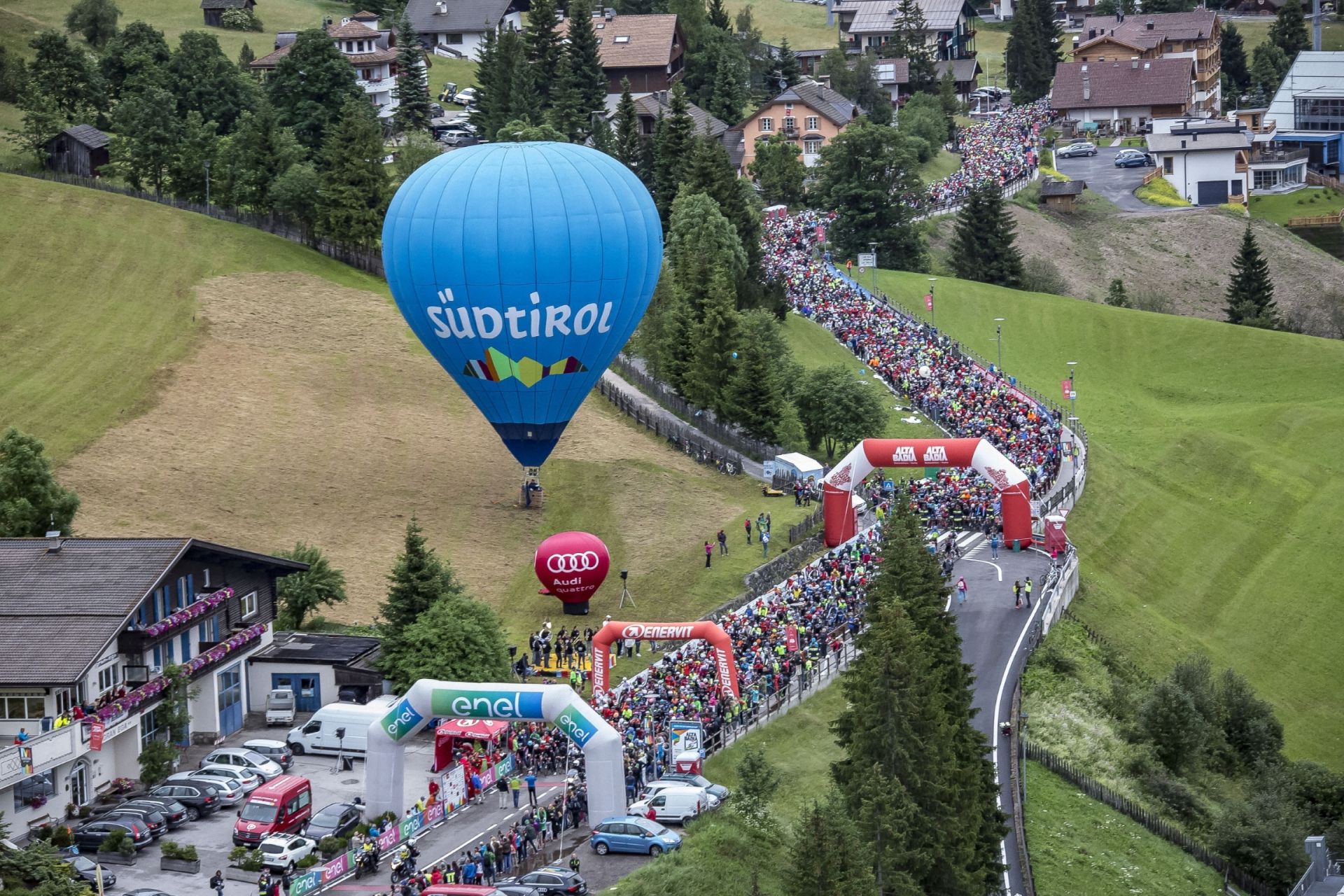 A much easier way to make it up the mountain

But the riders taking on the course this weekend won’t have professional training to help them up the slopes. The main route – there’s a choice of three for varying abilities and appetites for exhaustion – covers 138km with 4,230m of climbing. Riders can also opt for a mildly easier 106km route, or an ever-so-slightly gentler 55km, which may allow more chances to take in the view. In honesty, it would be a shame to miss it: wooded foothills give way to awesome jagged peaks, melting snow tumbles down rocky streams, picture-perfect villages cluster in verdant valleys by mirrored lakes. 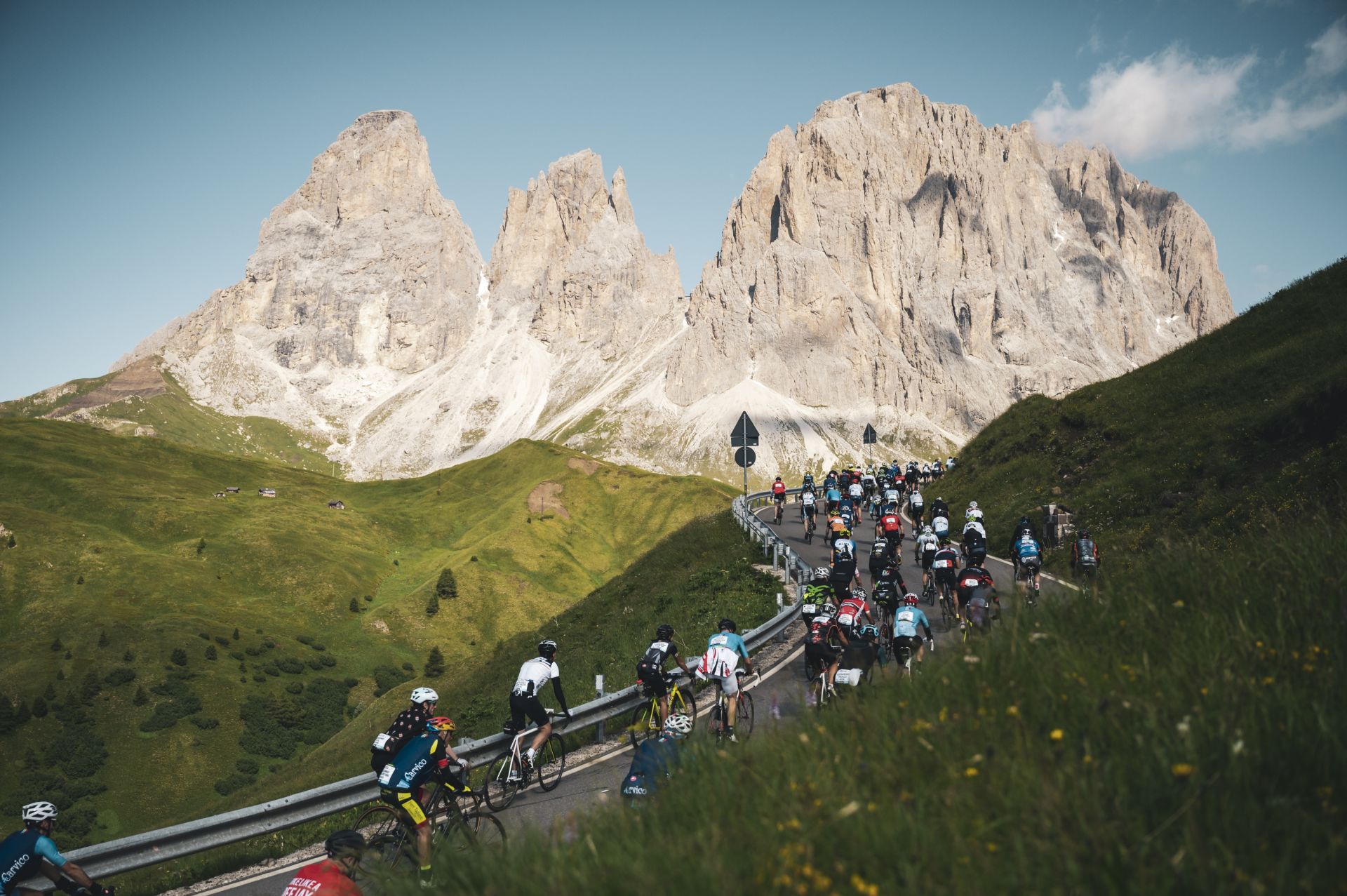 In a normal year, around 9,000 riders participate in the Maratona

Over 30,000 people applied to the ballot for places this year, so there’s clearly an appetite for exhaustion. But you can understand why – the Maratona is an opportunity for the everyday cyclist to pretend they’re a pro for the day. The event is shown live on TV in Italy, and has all the trappings of a major race, with helicopter cameras, sponsor hoardings, food stations and – most importantly – cheering crowds along the route. The villages of La Villa and Corvara, where the race starts and ends, have an incredible atmosphere whether you're on a bike or not.

You can join them, and experience the clamour and excitement of a European cycling race, as performed by people less like the lean and mean pros and a bit more like you and me. It’s a couple of hours’ drive north of Venice. Who knows, you might even be tempted to apply for next year’s race…

Would you rather cycle with a bit more power? Read why e-biking is on the up in South Tyrol.

Prefer a more sedate break? Here are the most gorgeous lakes to dive into in northern Italy.