The ancient art of sea foraging in Israel: here's how to do it

Israel is a uniquely diverse place. So much so that some visitors struggle to get their heads around it. Is it slow and ancient or buzzy and young? The country was founded only 72 years ago, but on land inhabited since the Bronze Age. It’s both modern and singularly obsessed with tradition. It’s a melting pot, but highly segregated. It is, in other words, complicated.

All this reaches boiling point in Tel Aviv, where cultures clash, high-rises jostle with ancient synagogues and shops shutter on Shabbat while the young, secular crowd pack out loud bars. For the most part, it’s amazing. But for anyone overwhelmed by the sheer Israeli intensity of the city on the Med, there’s calm to be found along the shoreline just a few kilometres north. 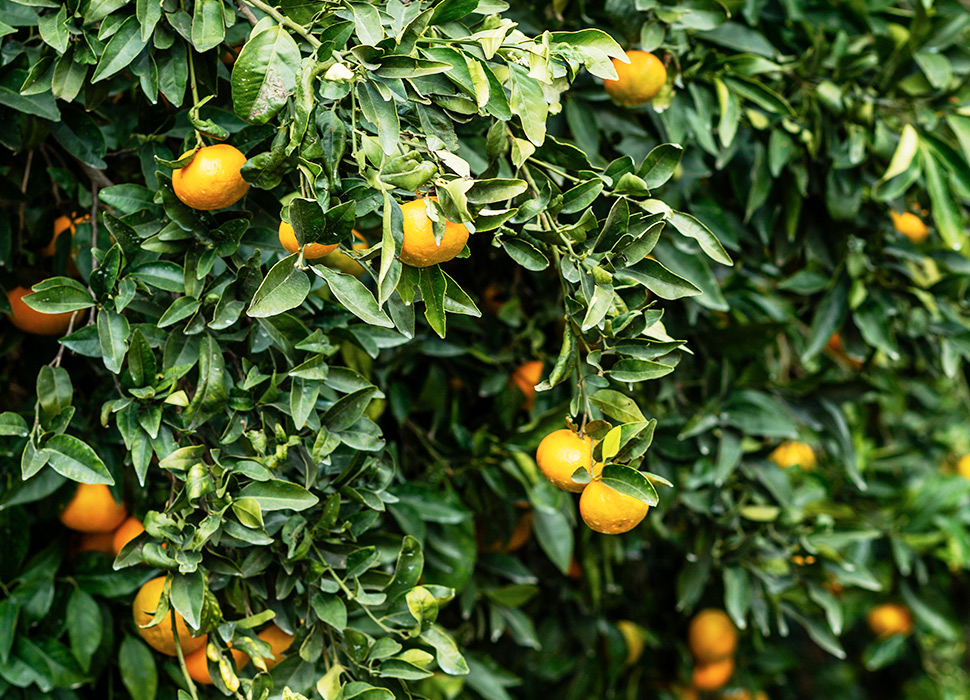 It's here that I find myself taking a few deep, soothing breaths as I roll into Binyamina Station. The Northern Coastal Plain, that I've arrived hoping to explore, extends for some 70km along the far eastern edge of the Mediterranean between the modern tourist resorts of Netanya and the ancient port of Haifa. The region is just a 40-minute train ride from Tel Aviv but feels light years away. Here, Israel’s contradictions aren’t so much absent as they are ironed out: Arabs and Jews live side by side, united by a shared insistence on the old ways. You'll find sleepy fishing villages dotted with fragrant orange trees and the odd Roman ruin. People here rely on local knowledge, their livelihoods supported by techniques passed down through generations.

But one bit of intel has begun to leak out beyond these green-blanketed flatlands: sea foraging. The ancient skill – still practiced by Arab women in the region – involves collecting herbs that grow along the coast, hidden inside twisty, spindly bushes. As with other forms of foraging, you have to be keen-eyed and well-informed in order to pick out the edible shrubs from the goat food, especially since most of these strange greens don't grow anywhere else in the world. Tribes in the area have been quietly cultivating this expertise for millennia – studying the soil and plucking out little bits of green gold from this dusty, sandy expanse of land. Now, as part of the country’s ongoing obsession with outrageously fresh and tasty food, big city chefs and other foodies are looking to the herb pickers of the region for new-old ideas to sprinkle over their dishes. 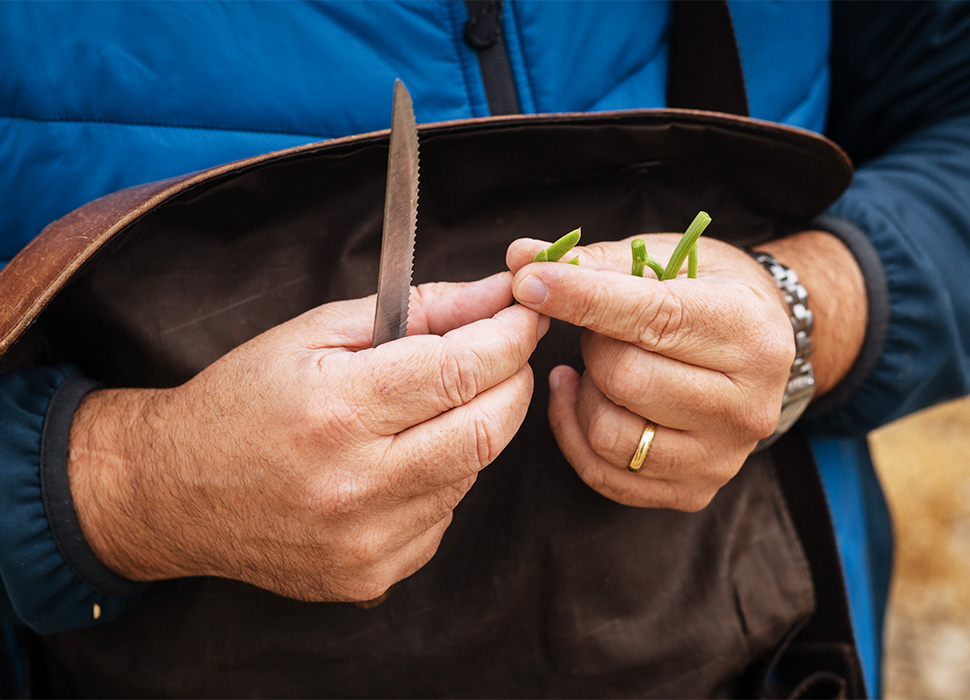 “Sea foraging is a process of respecting the land – you have to learn from the environment,” says Yatir Sade, who is a full-time forager. I’m following his lead today by collecting herbs along Olga Beach – a long stretch of bone-white sand and scrubby rock in the middle of nowhere. Yatir wears faded cargo cutoffs and muddied Birkenstocks like a sort of uniform – always primed to inspect a tasty plant, should the need arise. We’re joined by Amos Sion, the chef and owner of Helena restaurant in the nearby town of Caesarea. Yatir taught Amos how to scrabble for herbs around these parts a few years ago. Since then, the chef has been coming to this beach weekly, collecting seasonal ingredients that feature on his restaurant’s menu.

It’s overcast and the beach is deserted – only the shrubs growing alongside the water keep us company. We bounce between them, scaling small, rocky hills covered in fuzzy green, where you can't go five paces without stumbling on an ancient relic. I nearly trip over a cluster of whitestone tiles which were likely once a piece of some lucky Roman’s terrace. We stop at a particularly inhospitable-looking bush, whose sinewy, spiky green stems are definitely saying 'keep away'. But Amos assures me it’s edible. “Here, try,” he insists, plucking a few sprouts that look not unlike leaves of rosemary. 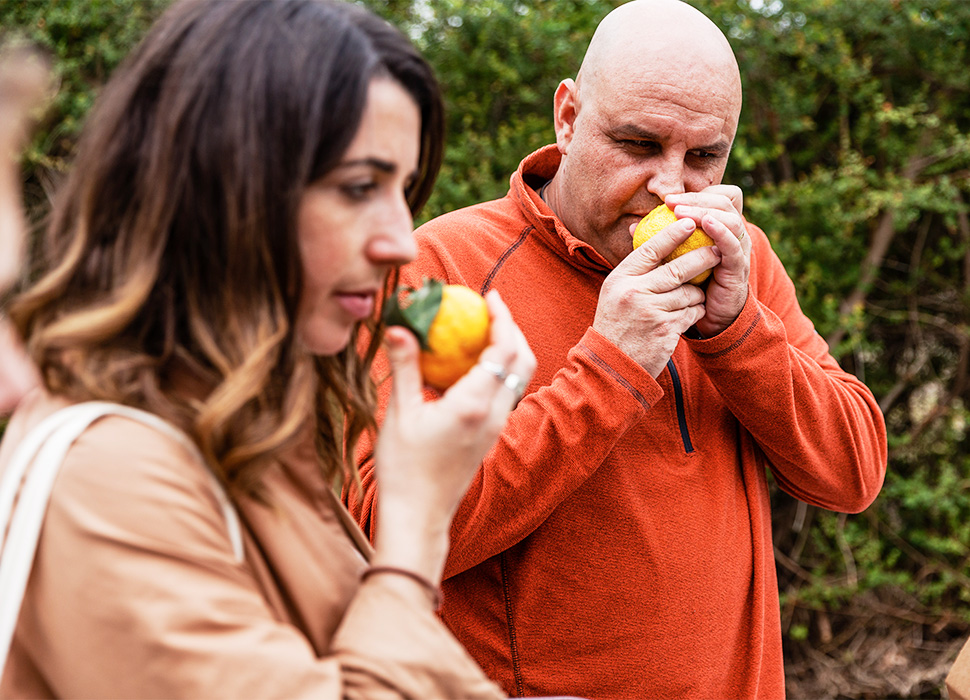 When I bite down, nervously, a rush of salt hits my palate, as if I’ve just knocked back a shot of seawater. Saltbush, it turns out, is aptly named. Another, friendlier bush catches his eye, covered in little dandelion-like clusters. This is sea crithmum – still salty, but also crispy and earthy, and a little like celery. Next up: sea rocket, plucked from a delicate, flower-tipped succulent shrouded under a rock. It's a favourite for me, with a slight bitter taste and mustardy nose-tingle. We stop to savour it as we come to the edge of a cliff that drop precipitously into the steel-blue sea below.

Yatir grew up nearby and was taught to forage by a group of Bedouin women in the next village over. "At first, it was just a hobby," he recounts over the cymbal crash of sea below us. "But then I saw this ancient knowledge was disappearing and I felt the need to preserve it." These days, he works with local chefs – such as Noa Levi, head chef at the San Remo Group of restaurants – taking them on foraging trips and teaching them how to collect ingredients for their kitchens. This renewed interest in the native terrain has also led the rise in experimental nurseries such as Aleh Aleh, located just a few kilometres from where we're standing, where they cultivate hard-to-find wild herbs that are dying off across the country. 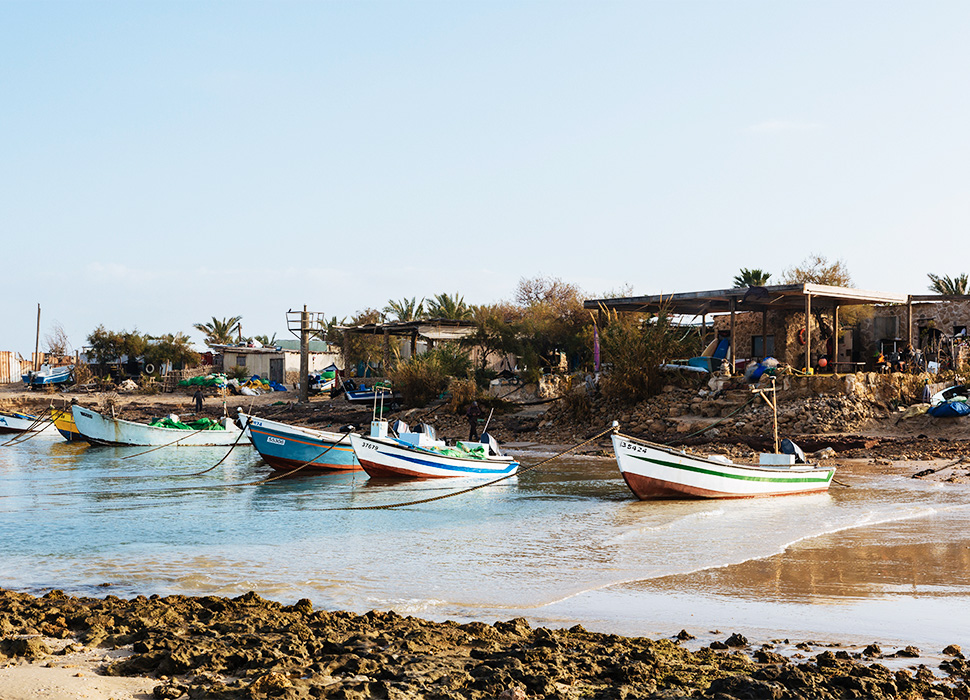 Before lunch, there’s time to visit the nearby Arab village of Jisr az-Zarqa. It’s an intriguing and beautiful place, bypassed by tourists and full of sun-bleached, sea-blue concrete buildings, crumbling at the edges. Groups of children spill into the road, kicking footballs, pausing their games only to part for hijabed women hefting bags of shopping home.

We stop at the edge of the town, where road becomes beach. Disused fishing boats litter the sand, swathed in moss and scribbled with faded Arabic. A row of wooden huts faces the ocean, with wide terraces where men sit, drink and smoke hookahs that release the sweet smell of shisha into the air. In the morning, the day’s catches are sold from makeshift stalls along the beach, but right now there are only distant, bobbing surfers to gaze out at.

“I come here often with some of my cooks,” Amos tell me. “We sit around, hang out. They
tell me about their mothers’ kitchens, the food they grew up with. I’ve learned a lot from them.” Their mothers, it seems, are prodigious cooks. I don’t spot a single woman on the beach. I ask Amos why, unlike most Israelis chefs, he’s turned to Arab kitchens for inspiration.

“We’re such a young country, so our cuisine is just a blend of all the cultures in the area,” he says. “We need to acknowledge this so that we can evolve. ‘Israeli food’ doesn’t really exist.” 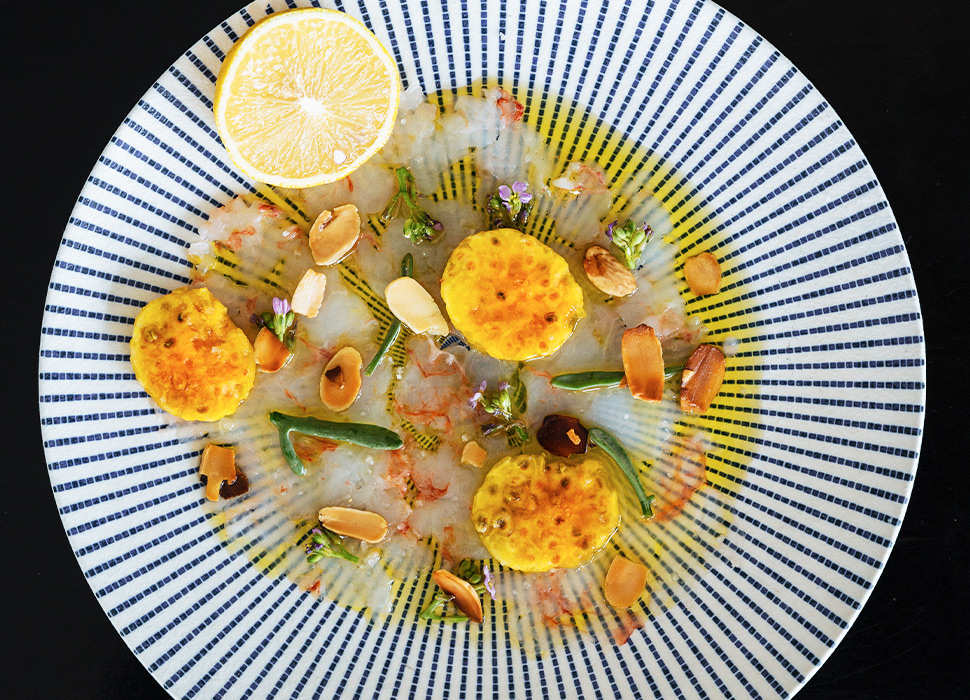 Fresh-fished scallops are dressed up with the day's foraged herbs

If this is true, no one’s told Ottolenghi. Are the moreish delights of the Tel Aviv souk – drippy tahini, creamy hummus, chewy falafel – just a small part of a bigger picture, then? I’m distracted from my musings as the first lunchtime course lands on our table at Helena: a delicate grouper tartare, layered with spicy strawberries, saffron aioli, black tobiko and the saltbush leaves we found earlier, baked into chips. It’s an artful balance of textures, cinched by the satisfying crispiness of the saltbush. We’re joined by Debby Sion, a local winemaker and Amos’s wife, who’s been persuaded to stay by the scents from the kitchen.

More food appears: fresh mussels nesting in slurpy linguine and doused in a bright tomato confit. Speckles of sea crithmum give this simple dish a pleasing bite. Debby refills our glasses – we’re drinking a crisp, punchy Riesling from her winery, Margalit, which produces and bottles a limited stock from their vineyard a few kilometres away. Like her husband and Yatir, she has a deep abiding respect for the area and its inhabitants. “Making wine in this climate is really tough work,” she says. “You have to understand the soil, so we hire local women who have a connection to the land.”

I’m starting to understand: the only way to navigate this complex country is to really study it, to be its most assiduous student. That’s what Amos has done and it shows in our next dish: fresh scallops doused in warm beurre noisette, scattered with chunks of pineapple and sea rocket. Rich and dark, but also sweet and vibrant – a contrast that reminds me of Israel itself.