With its fabled seaside towns, dramatic coastlines and climactic countryside, this starlet of the British Isles is the perfect setting for your very own love story

Erase the image of dreary British seaside resorts from your mind for a second and hear us out: if you're looking to wow your partner with a romance-packed weekend away, look no further than the Isle of Man. Here, we've crafted an itinerary to help you make the most of the island's most beautiful settings, from secluded picnic locations to stargazing hotspots. The only thing you need to decide is how you want to get around, with car rentals, taxis or a Go Explore card – which allows you to travel seamlessly across the island's bus and rail services – providing quick and easy options to help you get from A to B. 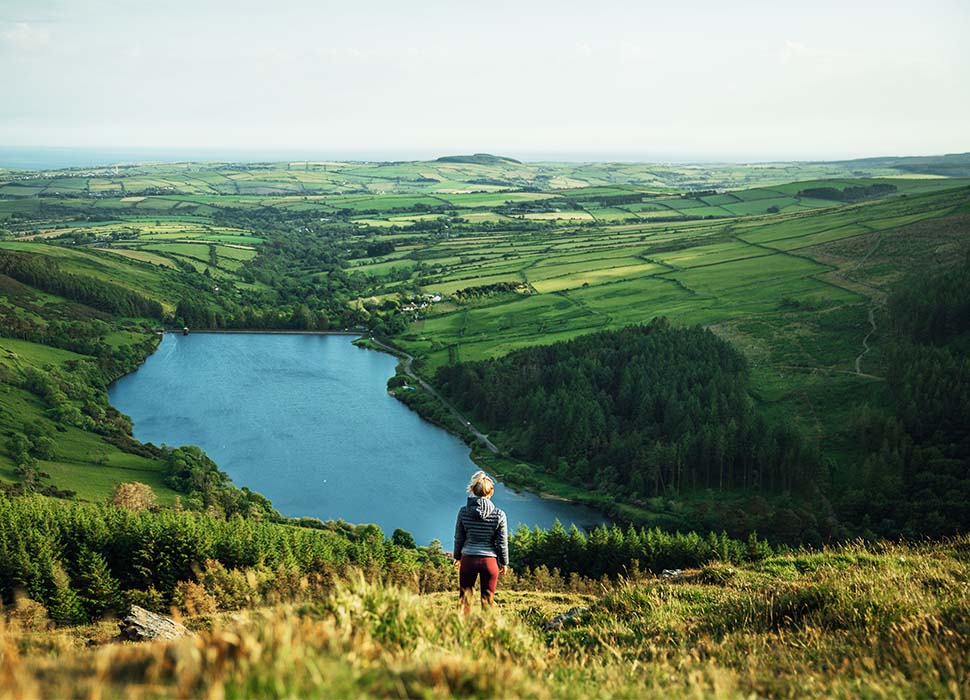 Morning: Nothing sparks romance quite like a breathtaking ocean view, so it's a good thing you secured the best seat in the house by checking-in to the Lake Como Suite at beachside boutique Seascape. With a private balcony facing eastward over Laxey Bay (below), you can roll out of bed just in time for sunrise before breakfast arrives at your door.

From there, make the short drive to Laxey (you can also catch the Manx Electric Railway) to pick up picnic supplies before heading for Tholt y Will, one of 18 mountain and coastal glens spread across the island. Follow the hiking trail as it runs along the foot of Snaefell Mountain before descending through fern-covered forestland where it emerges by the Sulby Reservoir, a resplendent view to lay your blanket beside. 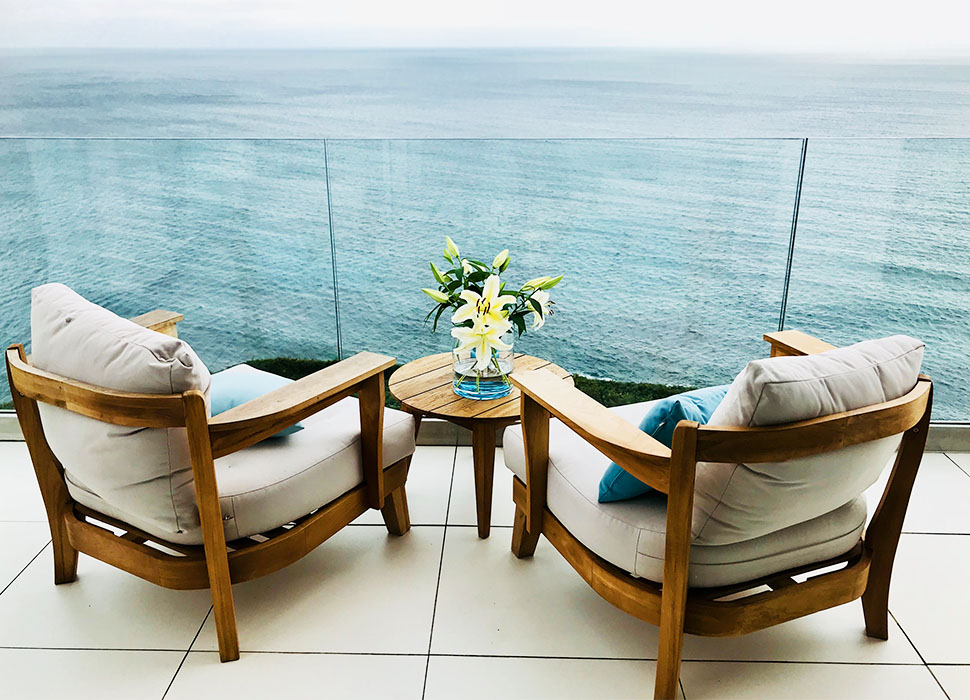 Afternoon: With lunch wrapped up, it's off to Ramsey – a painterly seaside town on the northeast corner of the island – to enjoy a dawdling afternoon sauntering along the beach and watching the yachts sail along the shoreline from Queen’s Pier, by which point you'll surely have a thirst on, so it's off to The Fynoderee Distillery. Pull up a stool for a tasting of one of its homemade seasonal spirits, which range from dry gins to vodka flavoured with Manx honey.

Evening: Freshen up back at the hotel before walking five minutes to Fairy Cottage to catch the Manx Electric Railway into Douglas, the island's capital. This relic from the Victorian and Edwardian era is one of three heritage railways that connect the Isle of Man's towns and rural attractions and your Go Card allows you to hop on and off at your pleasure.

Disembark at the end of the line and take a stroll along Douglas Bay. After 20 minutes you'll be in the town centre, ready to sit down for authentic Japanese Maki, steamed sweet buns and fried dumplings at the exquisite Bonzai Pan Asian Kitchen. Conveniently, Seven Kingdoms Distillery – another of the island's spirit connoisseurs – is located just downstairs, so make sure to swing by for one of its knockout G&Ts, made using Manx dry gin that's been produced on-site. 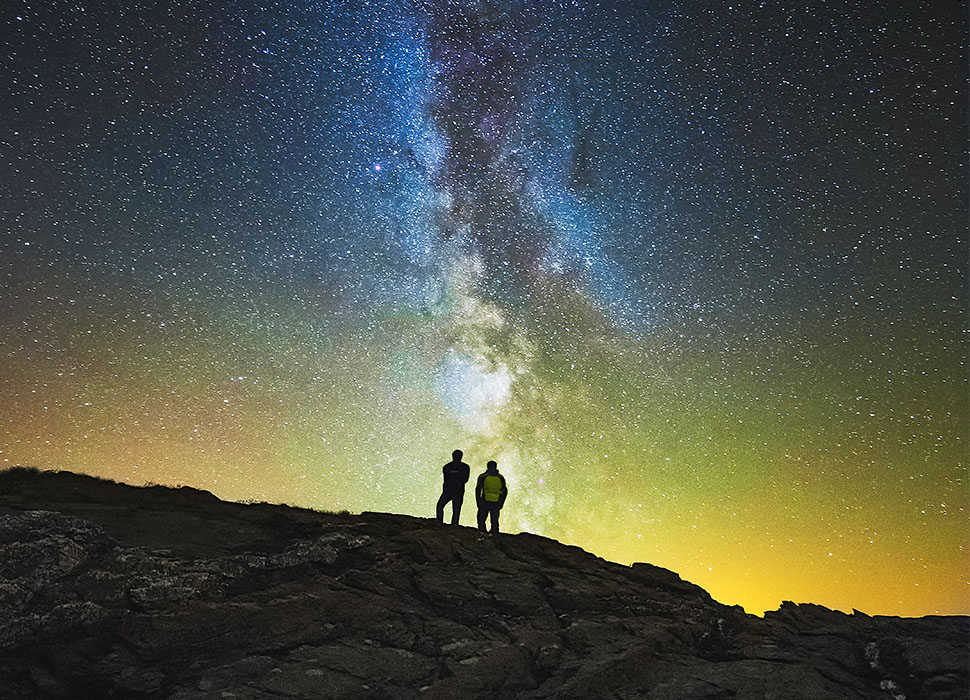 Morning: With its vertiginous gorges, sprawling woodlands and easy-to-reach coves, there's plenty of adrenaline-spiked excitement to be found across the island (ideal for couples with a competitive streak). So, after a bolstering breakfast at Douglas' Cycle 360, it’s off to see what all the fuss is about.

If you’re looking for a rush, make tracks for The Venture Centre in Ramsey and spend the morning swimming, climbing and cliff jumping into the sea, all part of a rip-roaring coasteering activity. Alternatively, those less inclined to taking an icy plunge can catch a buzz careening around South Barrule forest on an off-road electric scooter tour with Gravity IOM, a fabulous way to savour the countryside while keeping (relatively) dry.

Afternoon: Time for a bite to eat. Head on over to beloved local lunch stop Port Erin Chippy on the southwest of the island and tuck into your haddock and chips on the beach (last one to spot a seal buys the ice cream). Burn off some calories by taking the coastal path up to the Bradda Head clifftops, which promise magnificent views over Port Erin Bay (below). 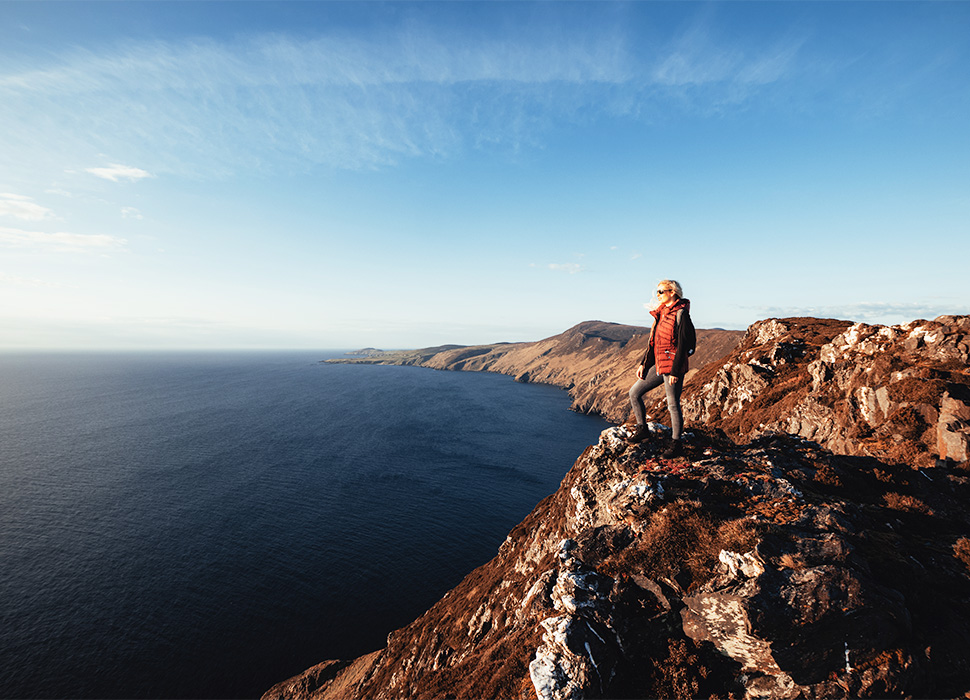 Evening: No visit to the Isle of Man is complete without an early-evening stopover in Peel, AKA "Sunset City", just a half-an-hour drive up the west coast. Pick a spot along the promenade or climb to the perimeter wall of Peel Castle in time to enjoy one of the best sunsets the British Isles has to offer, making sure to snap a selfie with Ireland's Mountains of Mourne as they emerge on the horizon. Afterwards, you can send your Instagram followers into fits of jealousy while you upload your snaps over a seafood dinner at Filbey's Bistro.

Time to round off an impassioned getaway. Thanks to its almost non-existent light pollution, the Isle of Man is a dream for stargazing, with 26 dark sky sites located across the island. In the autumn, the constellations are best spotted from the southern end of the island, so head down to The Sound – a secluded rocky islet on the Isle of Man's southernmost tip – and marvel at the Milky Way Galaxy and the Orion Nebula, both spellbindingly visible on a clear night. If you really want to go above and beyond, however, try your luck on the northeast coast where the Northern Lights have been known to make an appearance.