The best things to do in Reykjavik

From cosmic landmarks to ecclesiastical wonders, pokey tipples and sprawling sagas, Reykjavik is a truly fab capital. Here's our pick of it

1. Hail the almighty at Hallgrímskirkja 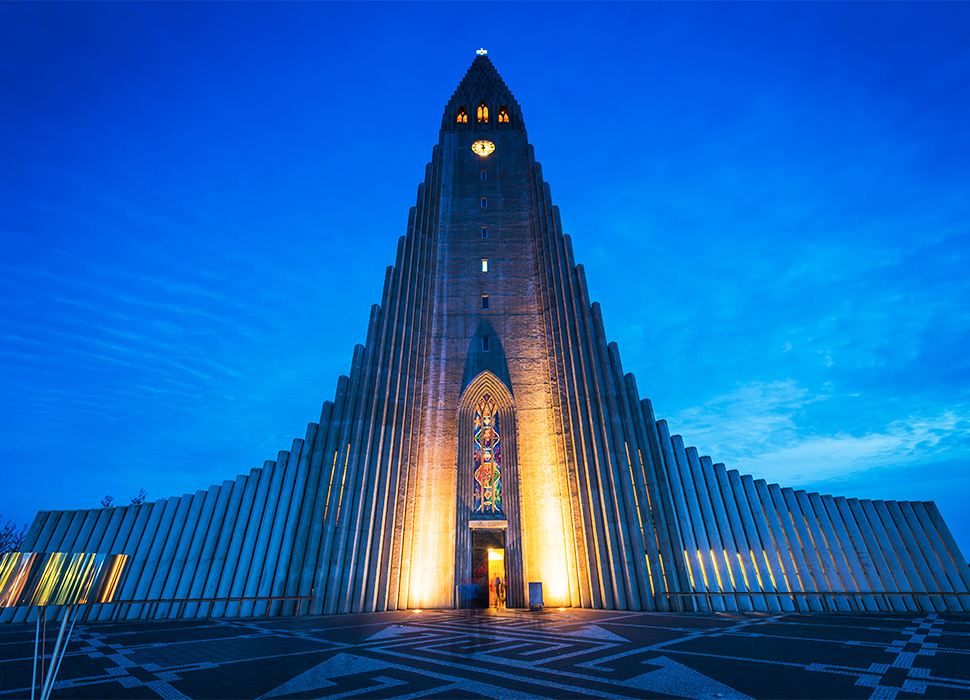 Hallgrímskirkja is the largest church in Iceland / Image: Getty Images

Glowering majestically from 245-feet above the colourful jumble that is the Icelandic capital, Hallgrímskirkja was only completed in 1986 but nonetheless exudes an ancient, timeless sort of energy. Perhaps that’s because architect Guðjón Samúelsson took design cues for its idiosyncratic shape from the fluid forms molten lava takes when it cools. Hallgrímskirkja’s viewing platform is the best way to survey Reykjavik, and proves this volcano-inspired church is the hottest ticket in town. 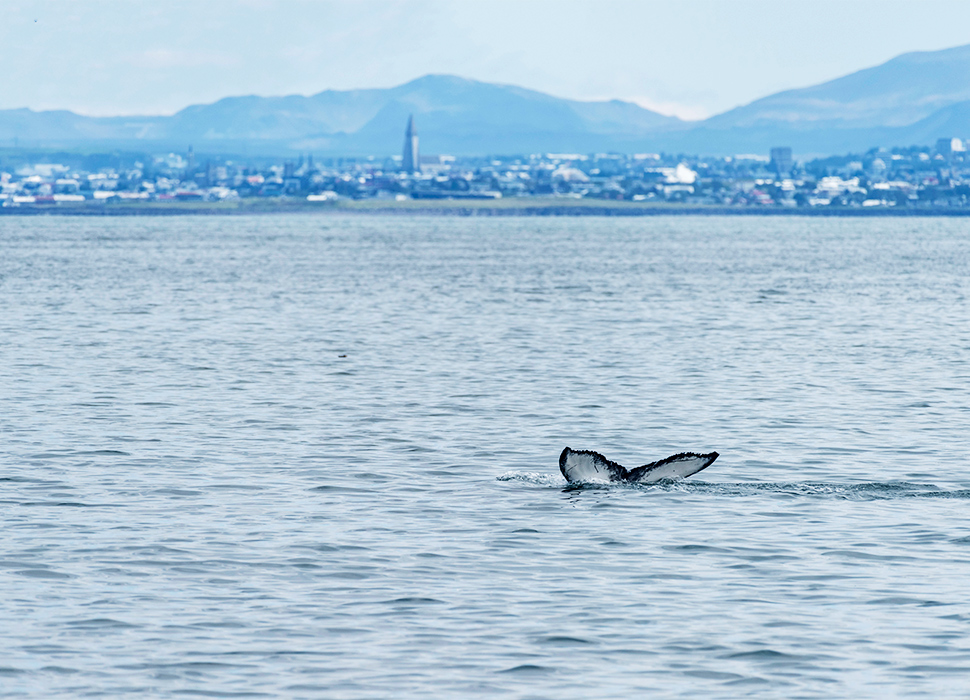 Catching a glimpse of a humpback whale near Reykjavik / Image: Adobe Stock

Thanks to its unique geography and mid-Atlantic, Arctic-adjacent location, Iceland sits at the meeting point of both cold and warm currents. This means it’s a great place for small fish and krill to hang out. Even better, that attracts whales. Some 23 species of our hefty cetacean pals are regularly spotted around here, from the humble harbour porpoise and common minke, all the way up to giants like the mighty sperm whale. Boats leave from Reykjavik, mostly in summer, and there’s nowhere in Europe you’re more likely to get lucky chasing tail.

3. Chillax with the cool kids at Kaffibarinn 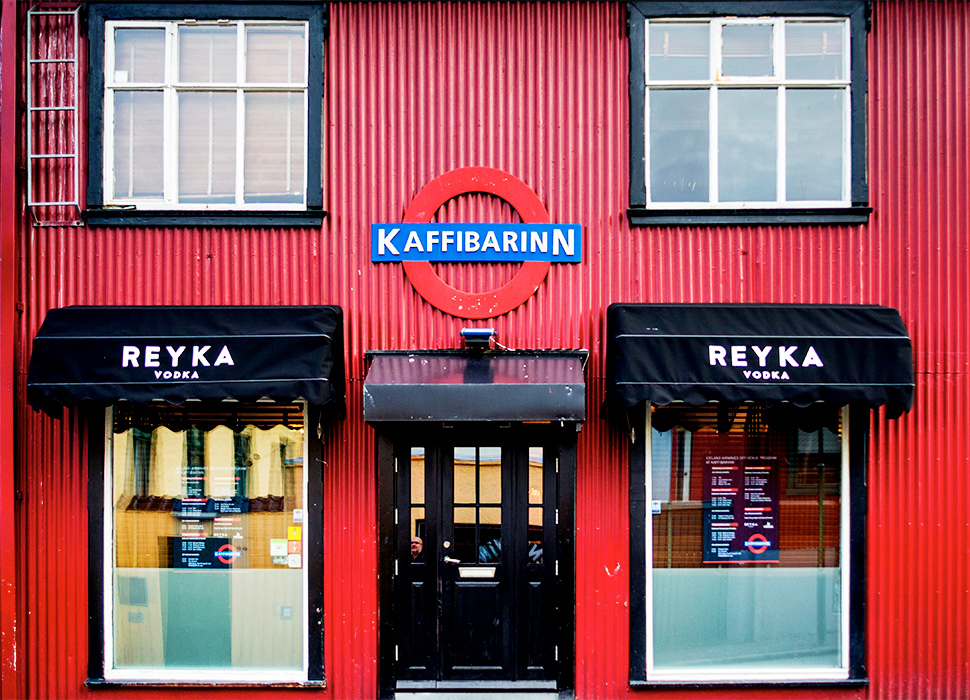 Word on the street is Damon Albarn from Blur part-owns Kaffibarinn, a groovy bar and hangout on a sloping side-road in the heart of Reykjavik. There’s certainly more than a few sly nods to British culture – not least the London Underground-inspired signage out the  front. Inside it’s all low lighting, fashion magazines and comfy seating, but don’t expect retro heritage music. They play proper, quality up-to-the-minute tunes, and at the weekends crank it up hard to get the local cool kids bopping.

4. Scoff the hotdog of your dreams 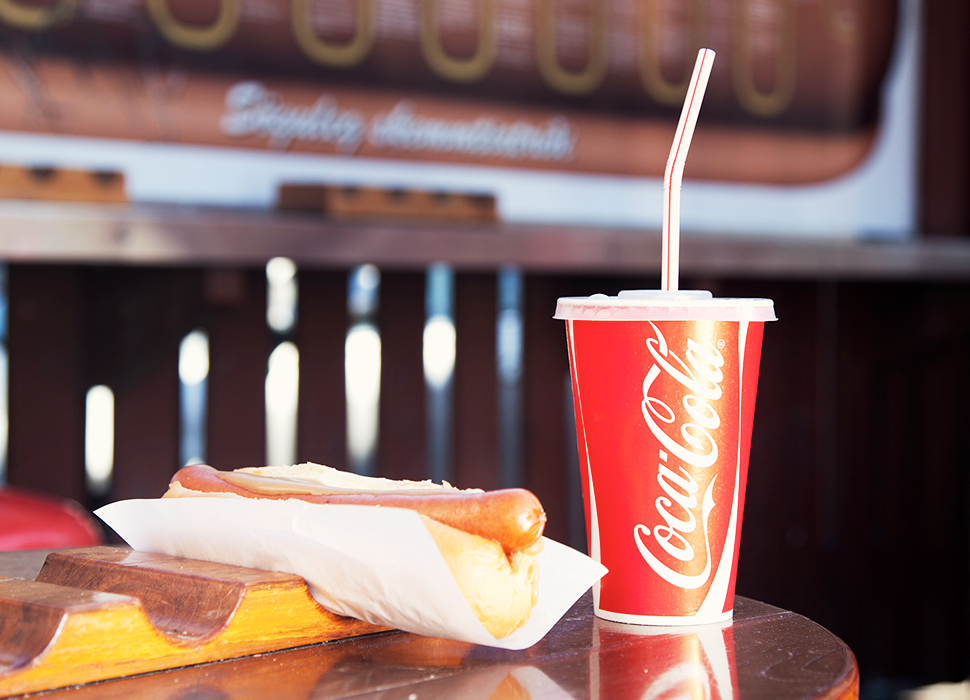 Icelandic folks’ go-to fast food is the hotdog. That might sound odd but it sort of makes sense. For a start, their livestock is all free-range and well looked-after – perfect for fabulous franks. One world-famous example you should definitely try is at Bæjarins Beztu Pylsur (at 1 Tryggvagata), which was established in 1937 and has been patronised by Bill Clinton, Charlie Sheen and at least two Kardashians. If you’re a vegan, don’t worry – you can tuck into a cruelty-free option at friendly, gin-slinging neighbourhood joint Pylsa Bistro (at 105 Laugavegur). Good dog. 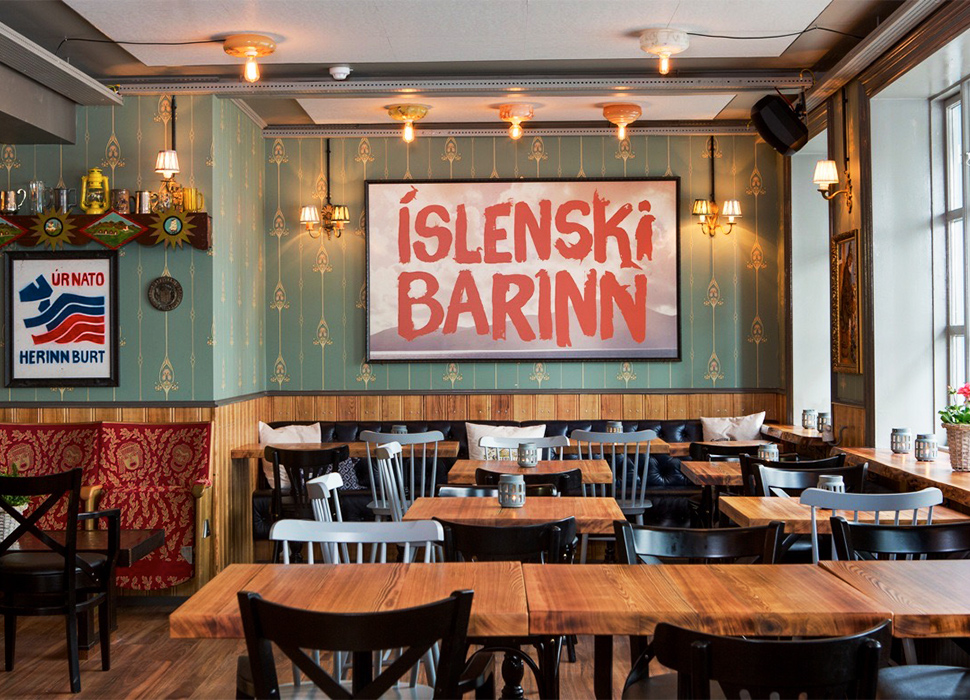 Back in the day, winters were hard and long (still are, to be fair), so Icelandic people had to improvise in order to make sure they had enough to eat. Hence the invention of ‘hákarl’ – also known, rather accurately, as ‘rotten shark’. The luckless fish would be caught, killed and buried underground for about five months, during which time natural fermentation processes takes care of any nasty microbes and make for a nutritious treat. It smells weird, sure, but tastes… pretty good? See for yourself after ordering some at Íslenski Barinn – and tell them to make it snappy.

6. Marvel at the island story at Saga Museum 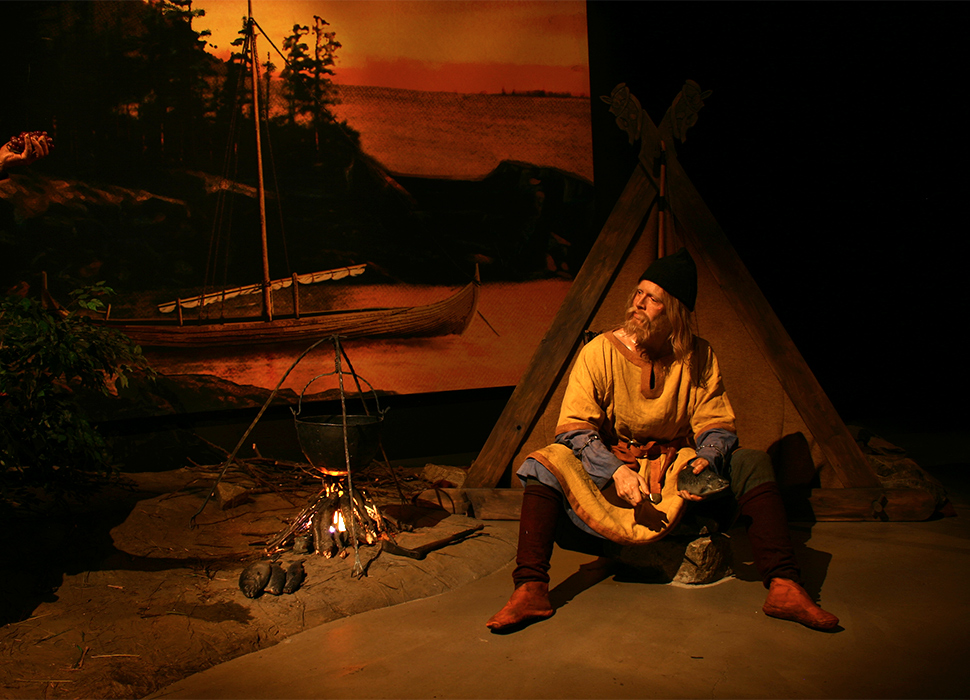 If all that rotting sea-monster scoffing piques your curiosity about Iceland’s rough-and-ready history, you’re in luck. The Saga Museum is a collection of life-sized waxworks in period costume that tell the turbulent story of life on this beautiful but often brutal island. With vivid tableaux based on historical accounts of great avalanches, volcanic eruptions and an especially nasty bout of the Black Death, you’ll be even more amazed by the culture, literature and good humour of the country today. And you can wear costumes. Ice cool.

7. Warm your cockles at the blue lagoon 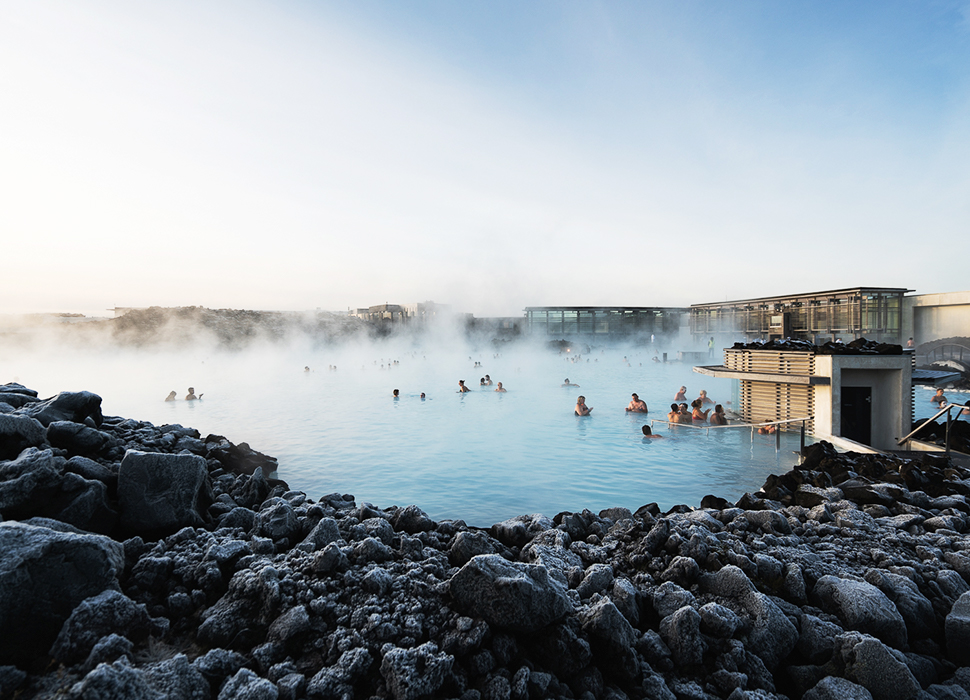 Not technically in Reykjavik, but near enough, and definitely doable on your way to the airport, the Blue Lagoon can be thought of as the ultimate spa. Heated by geothermal pools and populated by (lots of) people daubed in white silica mud, it’s a must-see when you’re in Iceland. Nowadays there are fancy modern changing rooms, upscale restaurants and a shiny new five-star hotel. Plus a gift shop, for that last-minute souvenir – so you don’t end up in hot water when you arrive back home.

8. Broaden your mind at the Phallological Museum 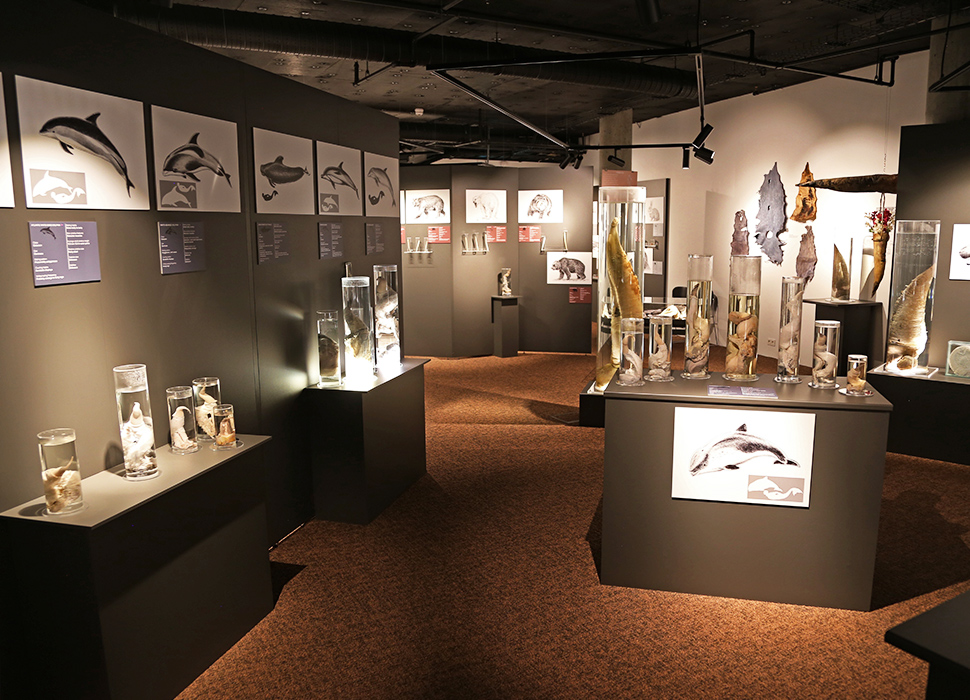 Setting out to challenge the stigma and schoolboy-giggles that hamper serious penis research, the Icelandic Phallological Museum contains nearly 300 phallic specimens from 93 species of animal – among them 36 penises from seven different varieties of whale. Instead of trying to titillate or go for cheap laughs, the museum, led by curator Hjörtur Gísli Sigurðsson, aims to have a frank conversation about the role of penises in nature, and the wider culture, with a zero-tolerance attitude to junk science.

9. See the world at Perlan 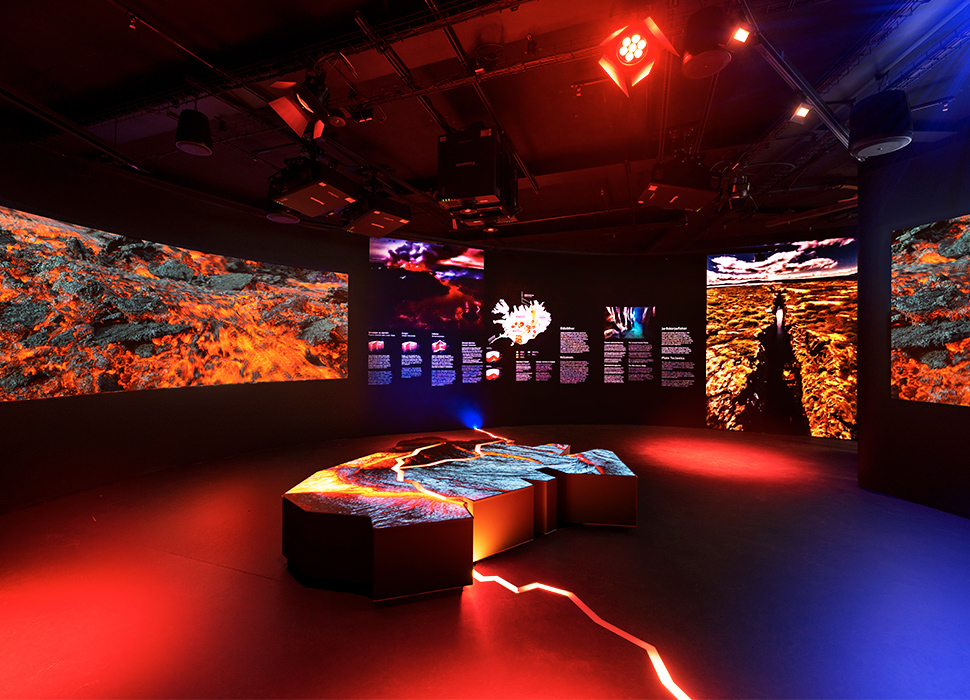 Sat atop a cluster of old water tanks on a hillside overlooking Reykjavik, this institution celebrates the remarkable natural history Iceland is blessed with. Perlan's mirrored dome, designed by Ingimundur Sveinsson, is a knockout landmark in its own right. But inside, the cutting edge 'Wonders Of Iceland' exhibition is even more dazzling, bombarding visitors with augmented-reality presentations on ice caves, volcanoes, local wildlife, earthquakes and geothermal zones – not to mention the northern lights, which you can gawp at from its dedicated planetarium.

Rarely encountered outside Iceland, the much-loved and extraordinarily potent Brennivín (aka ‘Black Death’) spirit is liquorice based, with notes of caraway and cumin, and weighs in at a hefty 40 percent ABV. You can drink it neat, if you want, but for a far classier sup – and outcome – give it a whirl mixed in a nice negroni, served at chic brewpub-cum-cocktail spot Bjorgardurinn. Liquorice of course isn’t to everybody’s taste – but then, it takes all sorts.