Whether you’re chasing thrills or need to chill, here are the best reasons to visit incredible Iceland

Between the glaciers, volcanoes, geysers and Northern Lights, awe-inspiring Iceland will remind you just how beautiful the world can be. Factor in a national obsession with hot springs and it becomes clear that, whether you're seeking adventure or relaxation, Iceland really is the perfect holiday destination. Here are our top things to see and do in the land of fire and ice. 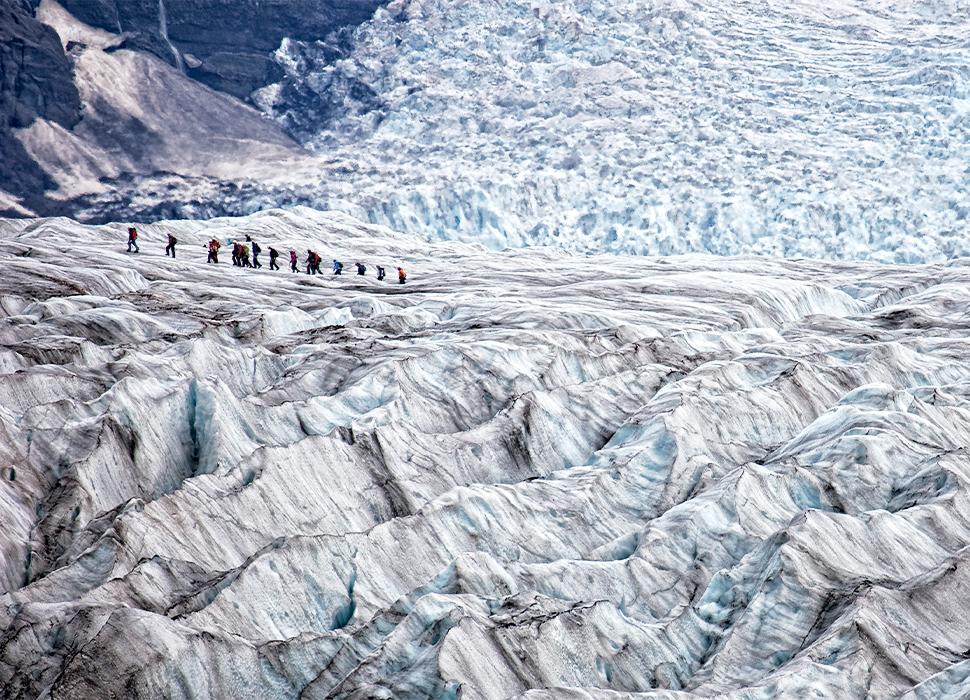 They don’t call it Iceland for nothing. Around 4,500 square miles, or 11%, of the country is covered by glaciers, and many of them – weather dependent – are up for visitors.

THRILL CHASER: CLIMB INSIDE A GLACIER

There are glacier tours to suit all levels, from easy, family-friendly walks across their surfaces, to deep treks inside ice caves. Equipment is generally provided, so all you need bring is warm clothing and a sense of adventure.

If you prefer something a little less taxing try an amphibian boat or RIB tour of Jökulsárlón glacier lagoon; explore Vatnajökull, Europe’s largest glacier, via Superjeep; or take a stroll among the huge chunks of gin-clear ice that wash up on the black sands of Diamond Beach. 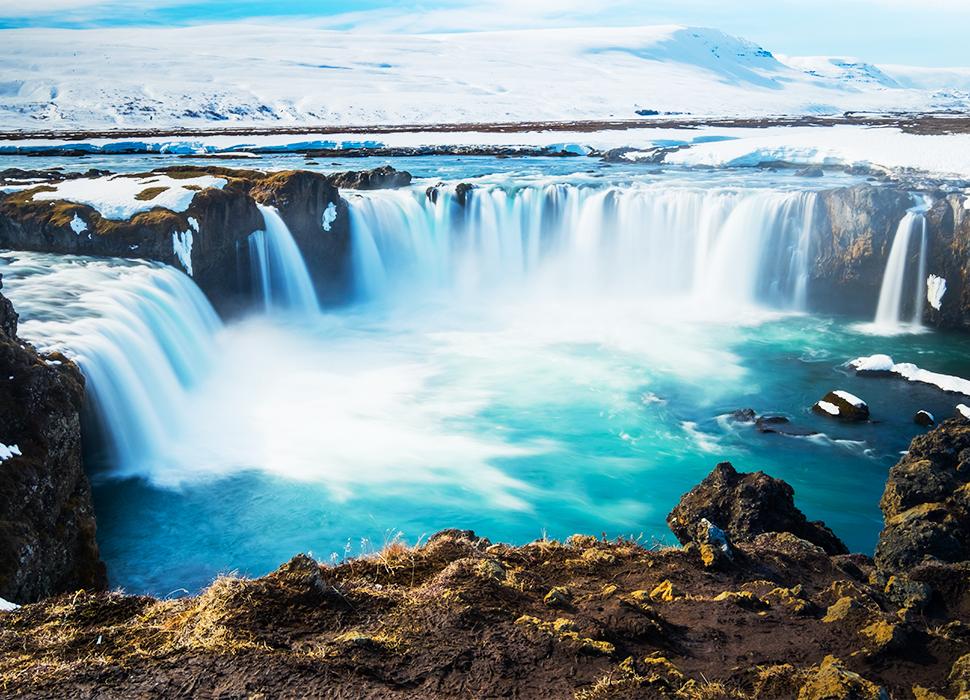 Goðafoss is one of the most spectacular waterfalls in Iceland / Image: Adobe Stock

Iceland is home to more than 10,000 waterfalls and 800 hot springs, so you’re never far away from the life-giving stuff.

The Silfra fissure in Thingvellir National Park is the only place in the world where you can dive or snorkel between two tectonic plates. The water is some of the clearest on Earth, too. With visibility to more than 100m you really can get a long, hard look into the abyss.

CHILL CHASER: SOAK IN A HOT SPRING, BE SOAKED BY A WATERFALL

So highly do Icelanders rate the health benefits of hot springs that even the smallest town usually maintains a roadside geothermal pool for a quick restorative dip. For something a little more sophisticated check out the sleek and stylish Krauma in west Iceland, complete with steam rooms, bar and restaurant.

And no Icelandic holiday would be complete without visiting some of its waterfalls. At 30m wide and 12m high, Goðafoss (pictured) in north Iceland is one of the most awe-inspiring.

THE HEAT IS ON 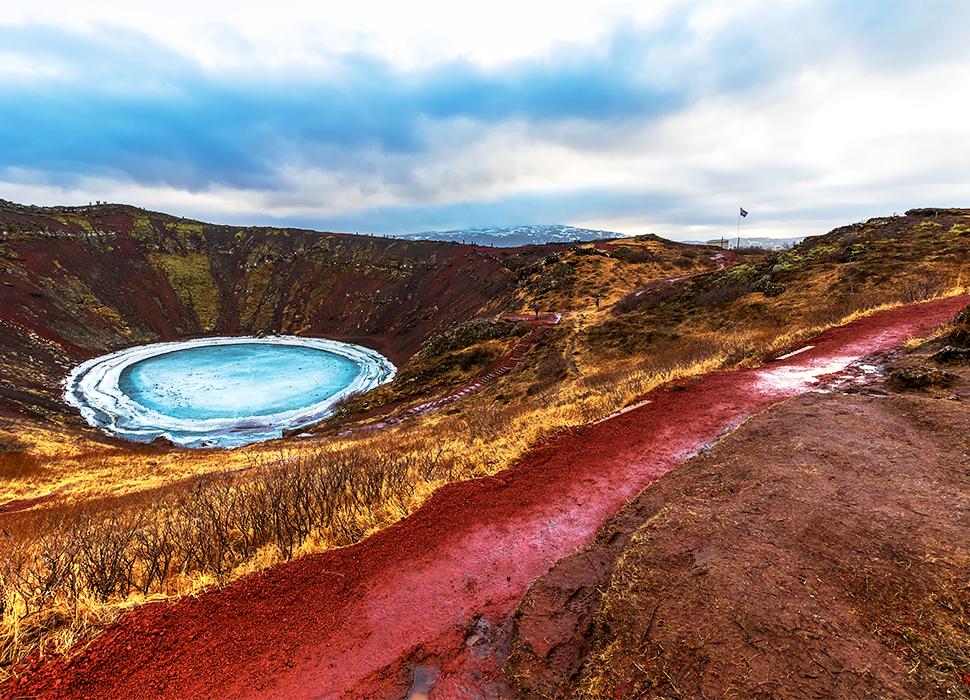 The Kerið crater is thought to have formed when a cone volcano collapsed / Image: Adobe Stock

Iceland has more than 30 active volcanoes and there’s usually an eruption every three or four years, so confine your explorations to the dormant ones and otherworldly lava fields left behind.

THRILL CHASER: JOURNEY INTO A VOLCANO

For something that sounds so dangerous, venturing inside Þríhnúkagígur volcano isn't too taxing, although it helps that it hasn’t erupted for 4,000 years. After a relatively easy 45-minute walk over a lava field, take a six-minute elevator ride down into the earth and you’ll arrive, dumbstruck, in a cathedral-like magma chamber with a giddy maximum depth of 700ft – that’s over twice as tall as the Statue of Liberty.

If you haven’t thought about volcanoes much since school-time science lessons, pay a visit to the high-tech, award-winning LAVA Centre once it reopens, to get back up to speed. The equally fascinating Eldheimar museum – on Heimaey island in the Vestmannaeyjar archipelago – focuses on the human impact of the enormous 1973 eruption that forced 5,000 residents to flee in the night and destroyed several hundred homes. And to get a real-world appreciation for the geographical changes left behind after a volcano explodes, visit the stunning Kerið crater lake in south Iceland. 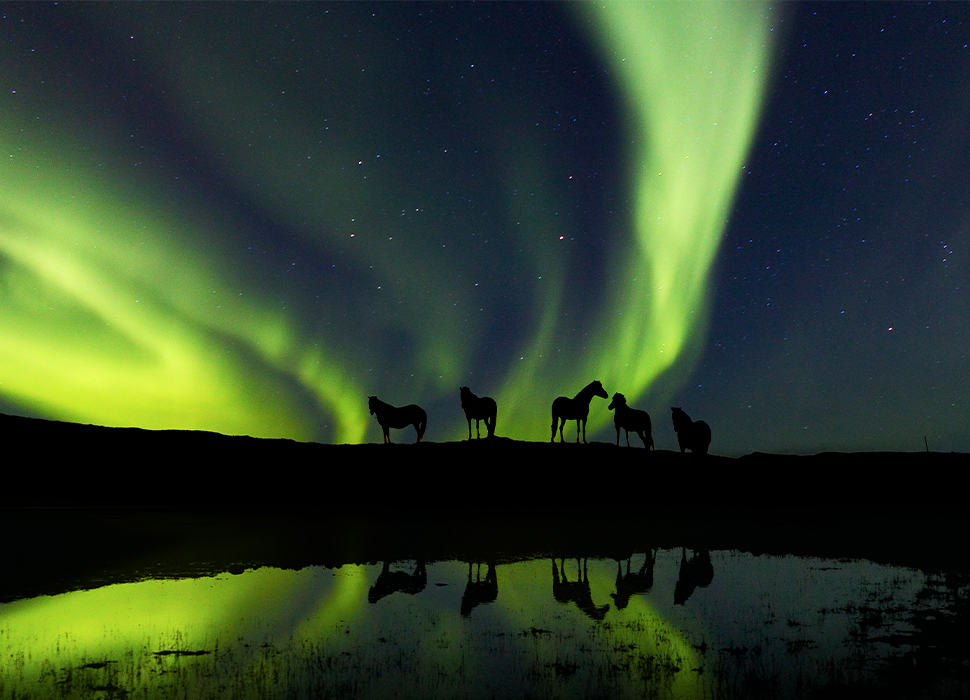 The upside of Iceland’s long, dark winters is that they make it much easier to see the aurora borealis. Venture out from the towns and cities between October and April to improve your chances of witnessing this huge energy explosion, caused when solar winds hit the Earth’s magnetic field.

Many hotels offer to wake guests when the lights appear, but for a truly once-in-a-lifetime experience book yourself into one of The 5 Million Star Hotel’s transparent bubbles and watch them from beneath a duvet. If you’d rather a few more mod cons and designer appeal, check out the glass-walled cabins at one of Iceland's two Panorama Glass Lodges.

THRILL CHASER: MOSH AROUND THE CLOCK

The other upside of those dark winter days is that, come June, there’s close to 24 hours of sunshine. Make the most of it by dancing around the clock at one of the country’s fully-lit summer music festivals, such as Secret Solstice (taking place 25–27 June next year).