These eclectically decorated bars inside abandoned pre-war buildings are a must-visit on a trip to the Hungarian capital. But don't… ahem… ruin your trip by picking a bad one. Here are our favourites 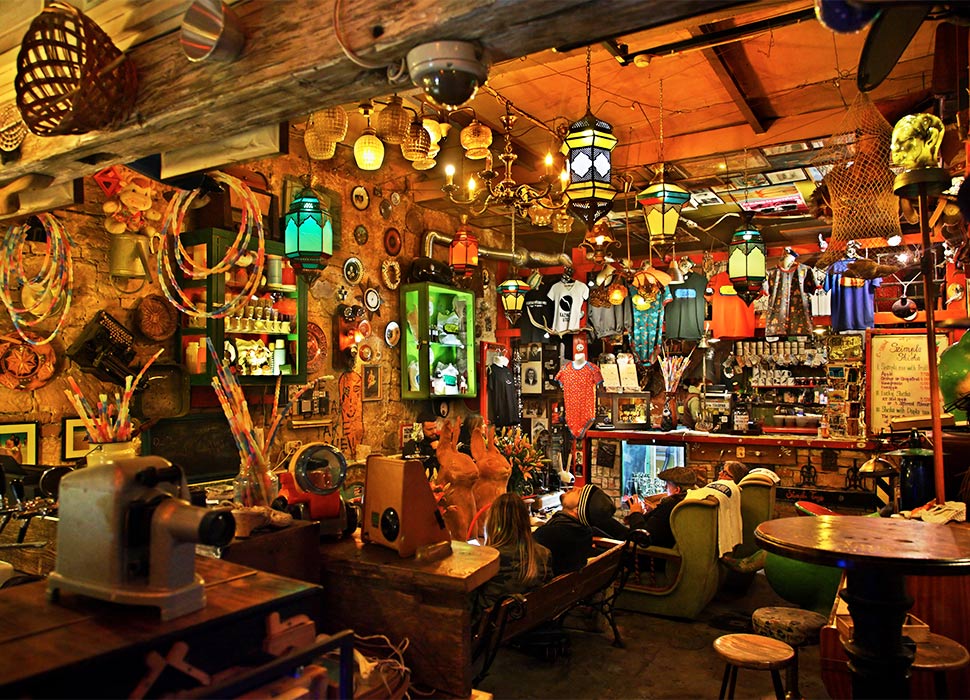 Based in the city’s Jewish Quarter, this is easily the best-known romkocsmák (ruin bar) in Budapest. In fact, it's the much-copied OG joint that started the trend. Szimpla Kert draws a pleasingly mixed, old-young, gay-straight-whatever crowd most nights of the week with its retro-cool furniture, maze of rooms and reliably upbeat late-night live-music parties and open-air garden cinema. If you’ve only got time for one, this is your go-to. 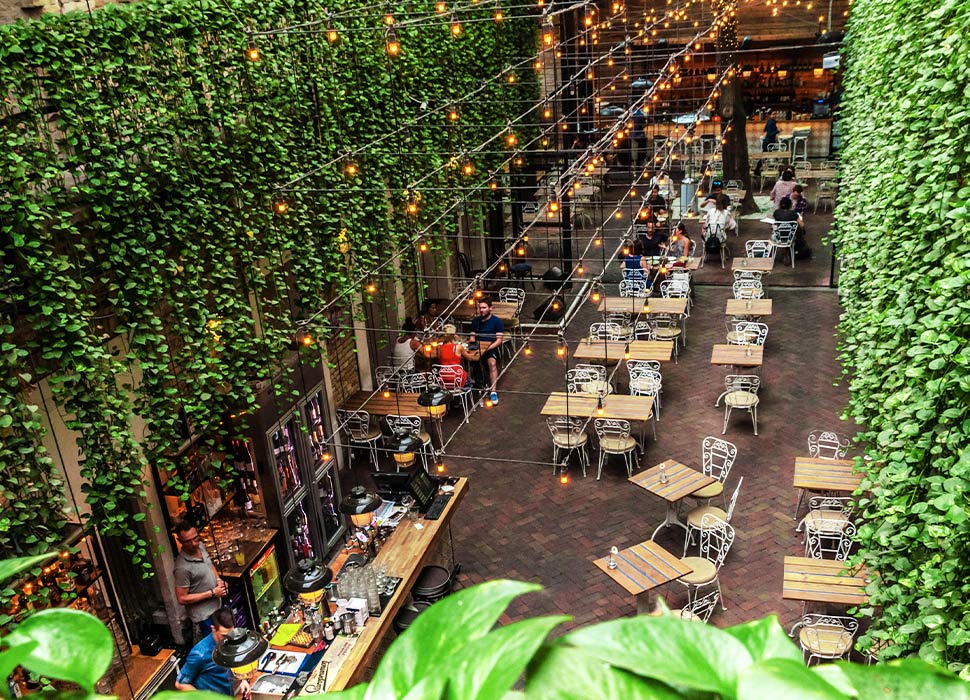 Fancy foliage is all the rage at this bar/restaurant / Credit: Alamy

If the whole tumbledown ruin bar aesthetic feels a bit too studenty, don’t sweat it: this huge, boho-chic Jewish Quarter bar-restaurant does the upscale-but-not-up-itself take on the romkocsmák. A table at the courtyard here is currently one of the coolest places to be any night of the week: not just for the vibe and pretty crowd but the menu of amazing, Jewish-Middle Eastern soul food. It's super popular but luckily, it takes bookings. 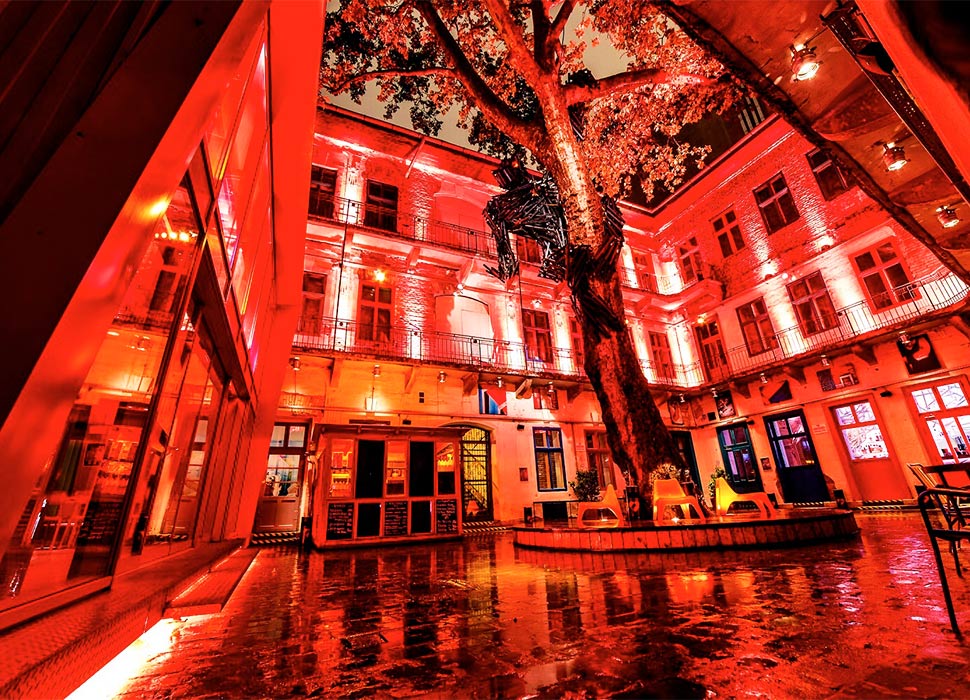 Gargantuan ape with your cocktail? Why not

What do you do when you’ve got the oldest tree in the Jewish Quarter in your romkocsmák courtyard (some three centuries old, apparently)? Naturally, do like Doboz – meaning 'box' – and hang a giant King Kong on it. Still, it’s a fitting quirk to this slightly fancified class of ruin bar that’s actually more of a big-sound superclub than a cracked-wall hangout. But, hey, it works: for something at the shirt-and-skirt end of the city’s nightscape, this is where it’s at. 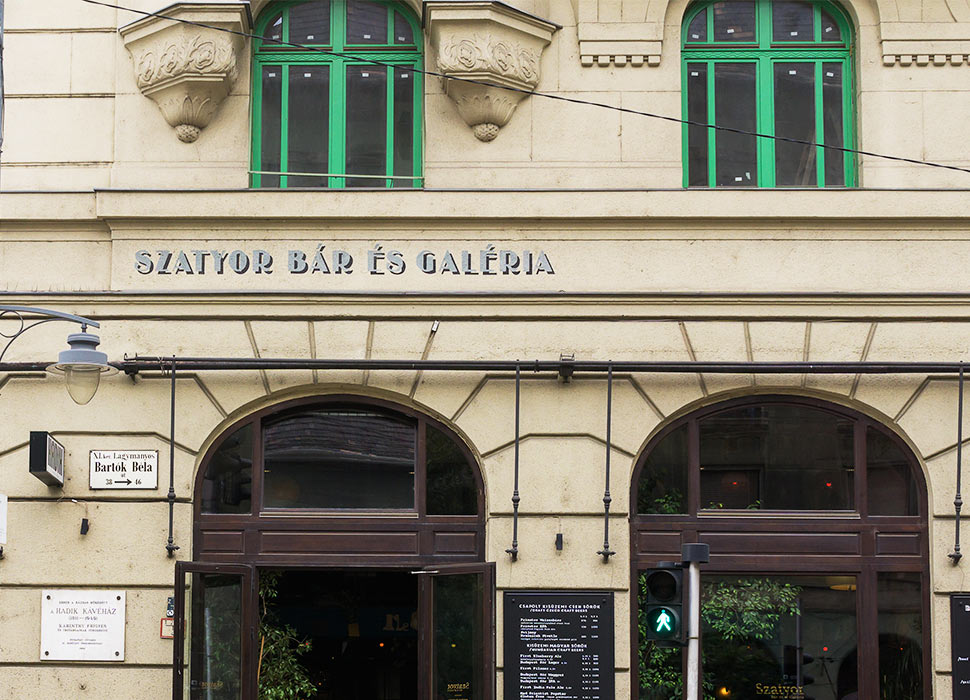 Complaints that some ruin bars have become a bit touristy are not totally unfair (well, in summer, anyway). Even so, this beautiful cafe-bar on the Buda side of the Danube feels a bit more local with its bright, crayon-box colour scheme, arty interior and reliably rarefied roster of cultural goings-on. Solid, good-value Maygar cooking adds to the allure on weekday lunchtimes.

For fully avowed hopheads or just the craft-beer curious, this industrial-chic brewpub with a large covered courtyard in south Pest’s District 9 is the must-stop. Expect at least 20 ales on tap, some experimental, some not – you won't be judged for just chugging a pilsner or session IPA and chilling with some beer food like the absurdly good plate of roast-pork knuckle, potato and pickled gherkin. Reservations are probably a good idea on weeknights. 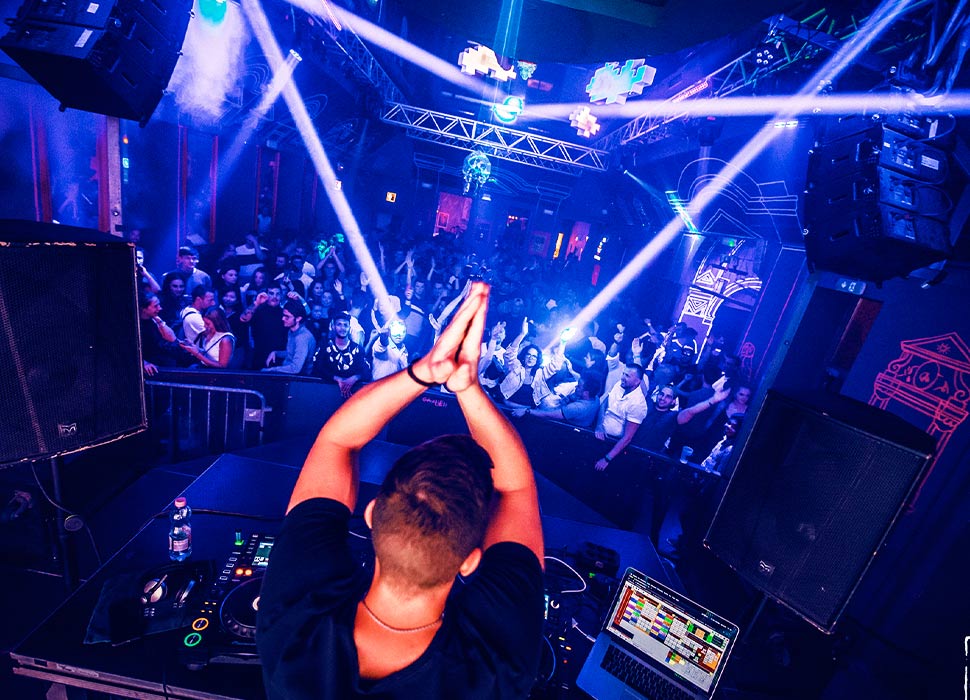 Once two separate entities, these two well-liked romkocsmák merged in 2017 to become a single, self-styled 'party complex' which, like Doboz, feels more like a big club than anything remotely close to a pub. No complaints here, though: each room has a sound that’s all its own: Robot does indie-rock-industrial, Underwelt takes care of the R&B-inclined while Frame does Latin beats. Or just head to chill rooftop hang-out Liebling for cocktails and eye-candy.

Bang in the middle of town, and with the classic, eccentric-chic look, this is the clever-quiet type of Budapest ruin bar. Meaning there’s no dancefloor here, just a warm, cosy atmosphere in a former Austro-Hungarian coffee-house with fairly priced drinks and well-arranged tables. It's popular with the city’s chattering creative class who usually keep this place gently buzzing until 2am most weekends.