The best things to do in Budapest

From partying at ruin bars and reclining in spas to flipping out at a pinball museum, there's plenty of fun to be had in the Hungarian capital

1. Drink in the vibes at Szimpla Kert 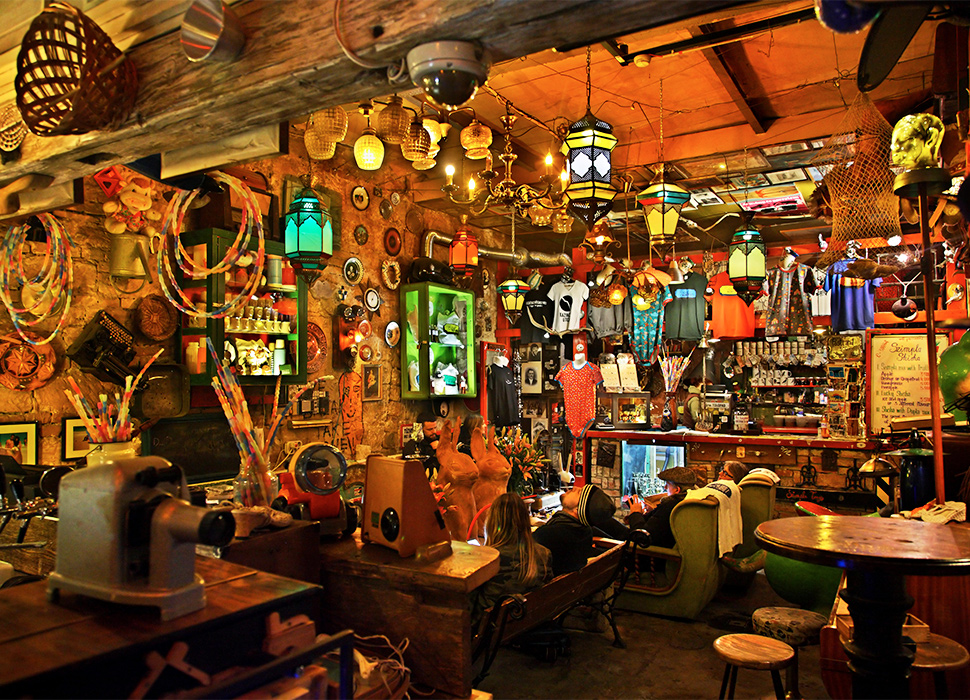 Don’t be put off by Szimpla Kert’s status as Budapest’s foremost romkocsma, which literally translates as ‘ruin bar’. Sure, it’s in a dilapidated former factory, now converted into a cool indie cinema, art space, Sunday farmers' market, vegan kitchen and pub, but it does all those things extremely well. Sink a couple of craft beers – or cocktails, whatever your poison – and settle in for what brilliant live music happens to be on amid the mismatched furniture, twinkling fairy lights and easy-on-the-eye regulars.

2. Get wet and wild in the Szechenyi Baths 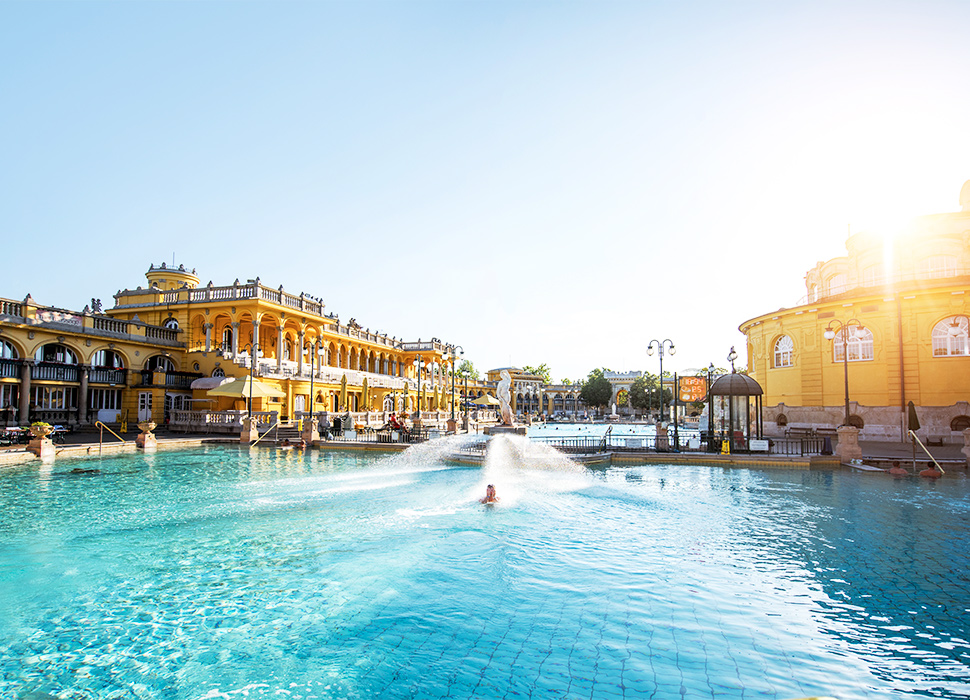 Budapest sits on a geological fault line, and as such some 120 local hot springs make it a magnet for spa lovers. Combine that with its young, fun-loving population and what do you get? The ‘sparty’ scene, that’s what. The city’s biggest and most famous thermal spa – Szechenyi Baths, a giant mustard-coloured palace of steam – is fairly tame by day, with all the usual pampering and massages. By weekend evenings though, it’s all booze, beats and bacchanalia.

3. Mooch around the Great Market Hall 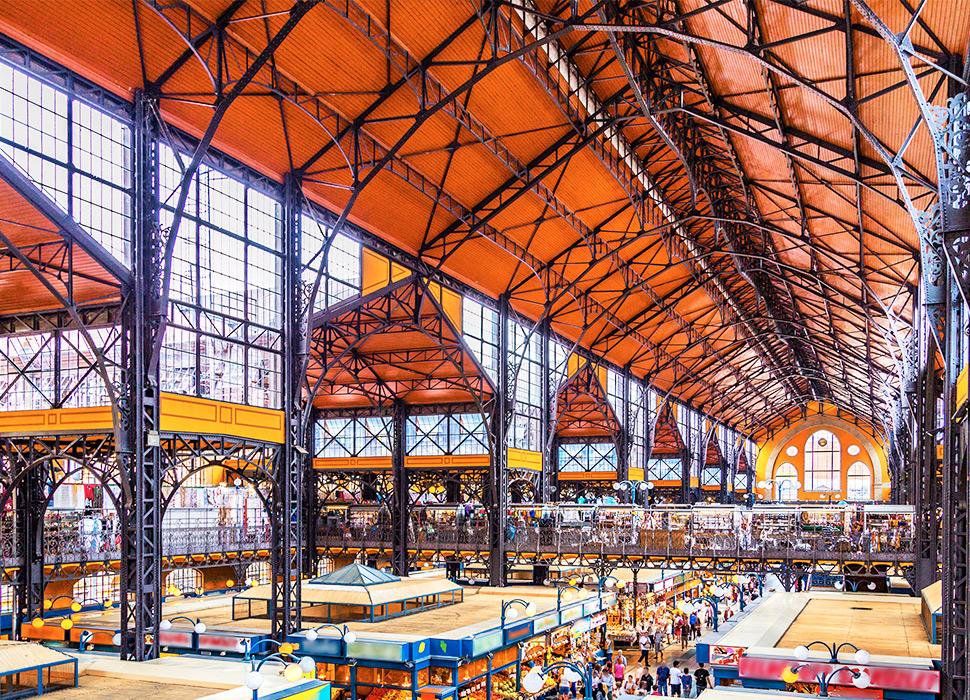 Gargantuan, all-under-one-roof food markets are all the rage these days from London to Lisbon – but here in the Hungarian capital they’ve been rocking that trend since 1897. The Great Market Hall might look like a hyper-stylised railway terminus – with its colossal iron girders and sober gothic glass – but inside, the vendors are all about simple, honest good taste. Down on the lower deck you can peruse the serious fish and game merchants. On the first floor you can fill up on hot cooked food washed down with distinctive tokaj wine. Hungary? You will be.

4. Flip out at the Pinball Museum 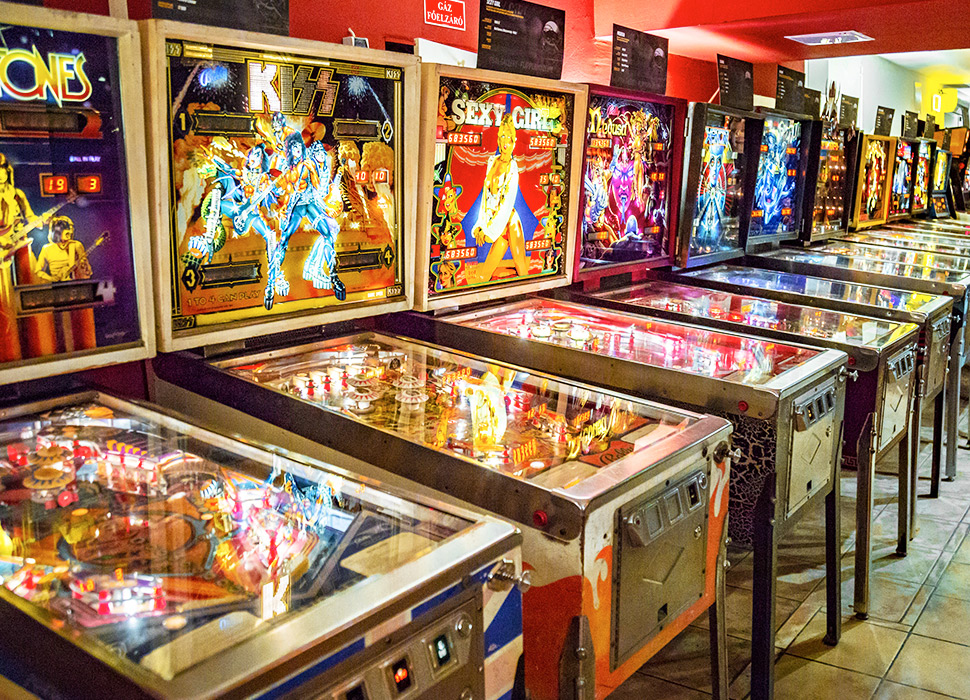 Getting nostalgic at the Flippermúzeum / Image: Alamy

Even in our era of limitless 24/7 touchscreen entertainment there’s something a little bit special about the tactile thrill you can only get playing a noisy, gaudy old-school pinball machine. Not sure about that? See for yourself at the Flippermúzeum, where there’s 130 of the chiming beasts lined up for your button-mashing pleasure. Tackle machines from the 1960s, or rack up insane high scores on more up-to-date movie tie-in games like Shrek or Guardians of the Galaxy. Best of all, you don’t even need coins – play is unlimited after you’ve paid to enter (HUF 3500). So you can go full tilt to your heart’s content.

5. Peace out on Margaret Island 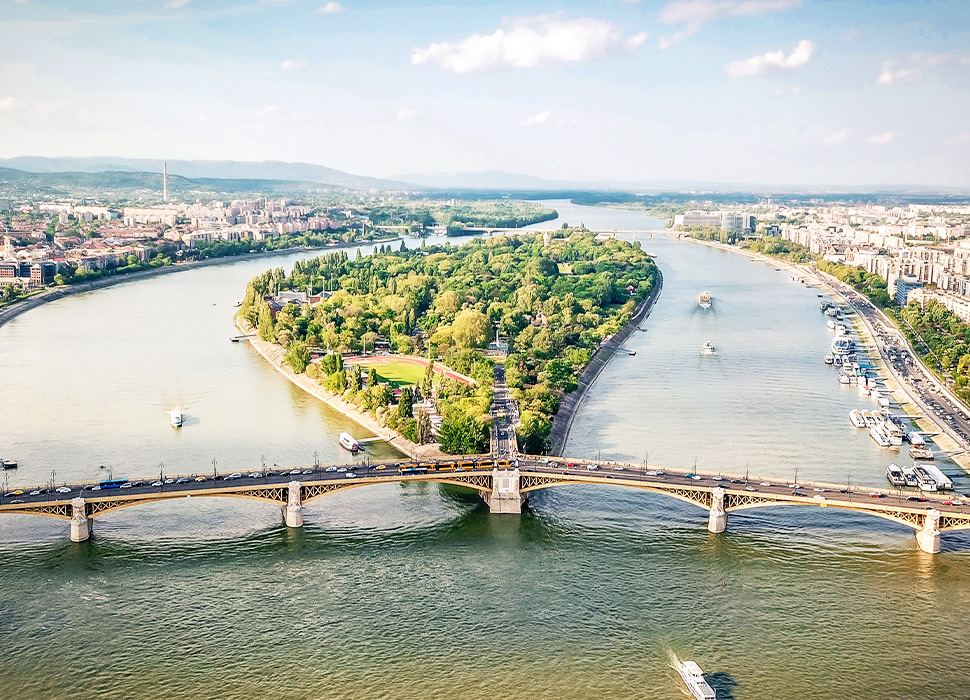 The river Danube is so broad as it swooshes through Budapest that it happily supports a handful of islands. Hajógyári island is home to the annual Sziget music festival, and plenty of raucous partying all year round if you know where to look. By contrast, dainty little Margaret Island is a 2.5km-long green refuge, with a bijou zoo, Japanese gardens, a glorious art nouveau water tower, the Palatinus Strand open-air bath, a musical fountain and even a nightclub in the summertime (called Zippp). It's your peaceful island getaway, in the middle of a capital city.

6. Get red up at Memento Park 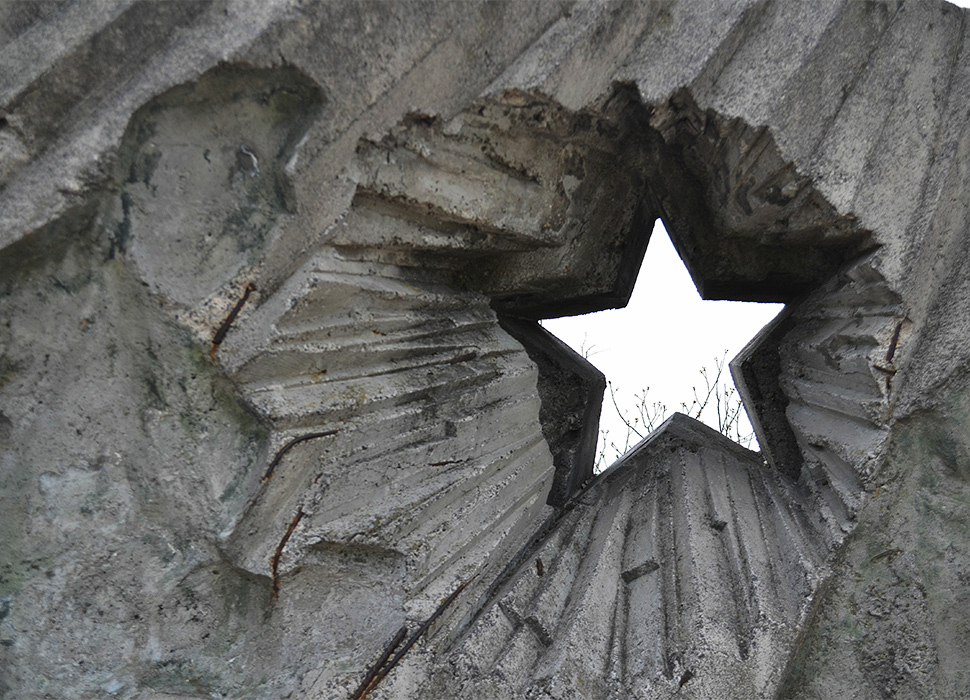 Check out these mementos of Budapest's Communist past / Image: Adobe Stock

Say what you will about communism, its statues and overall iconography are really quite cool. In Budapest, a competition was held after the fall of communism to suss out what should be done with all those stylish but undeniably problematic statues of folks like Lenin and Stalin. Architect Ákos Eleőd won the day, and so now they’re all parked up in a fairly neutral, not-celebrating-but-also-not-exactly-mocking sculpture park on the outskirts of town. Photograph your fellow history nerds next to Stalin’s life-size boots, and resist the temptation to say ‘left a bit, left a bit more…’.

7. Step back in time on the Danube 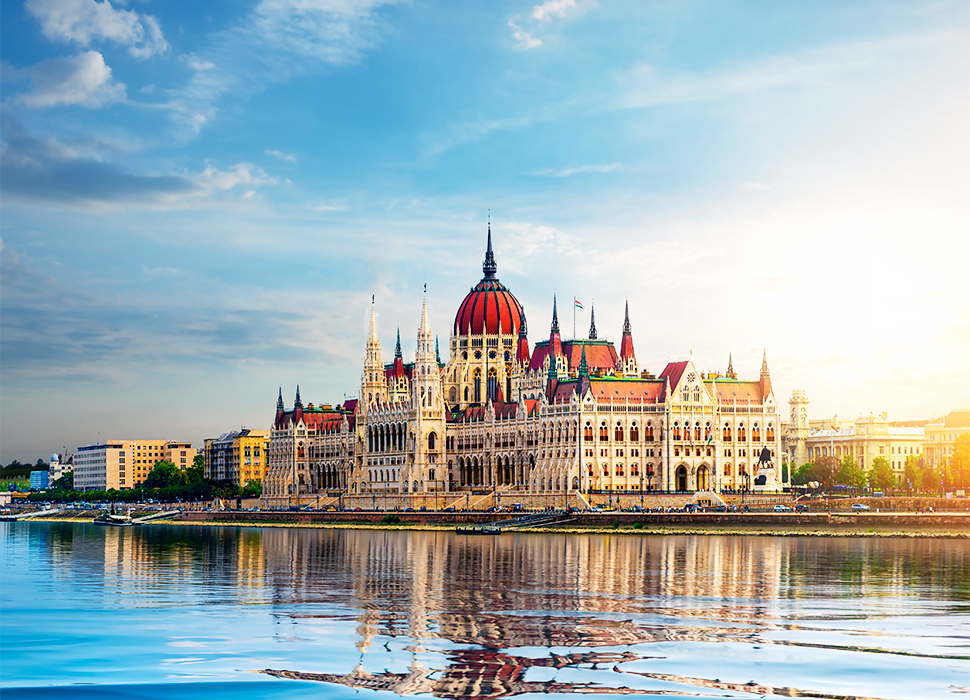 For a sobering reminder that Budapest wasn’t always such a jolly place to be, make time in your trip for a solemn pilgrimage to the stretch of the Danube just south of the Parliament Building. Budapest-born film director Can Togay and sculptor Gyula Pauer have crafted a thought-provoking work featuring 60 pairs of cast-iron, 1940s-style shoes, to commemorate the thousands of innocent victims who were executed here by fascist militiamen during the later stages of World War II. A poignant reminder of the bitter cost of war.

8. Fill your face with lángos 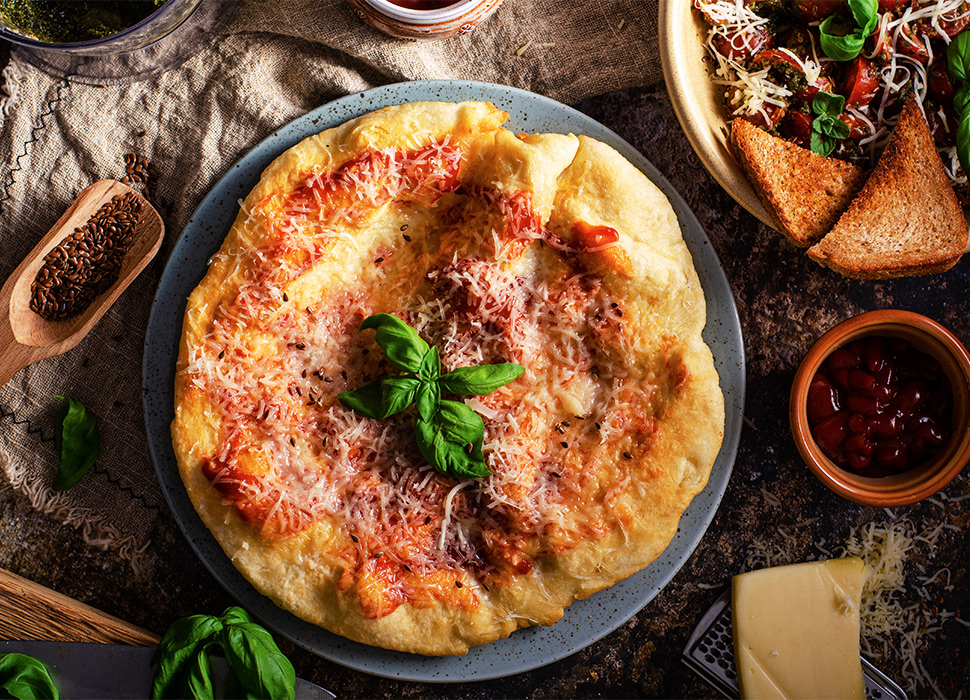 Street food lángos is pretty much creamy, cheesy fried pizza – and who can argue with that? / Image: Adobe Stock

Essentially deep-fried pizza dough smothered in cream and cheese, lángos is a staple street food in Budapest. You’ll find it anywhere you look, but for the best results hit up Retró Lángos Büfé (Bajcsy-Zsilinszky út), where dough is piled high with spicy meats and succulent veggies in a tastefully presented, high-ceilinged room. Or, if that isn’t edgy and hipster enough for you, Street Food Karavan (just up the road from Szimpla Kert, above) has a stall that takes two lángos with a puck of meat shoved in the middle to make it a burger. Just save some calories for the rest of us, eh.

9. Take a ride up to the rolling Buda Hills 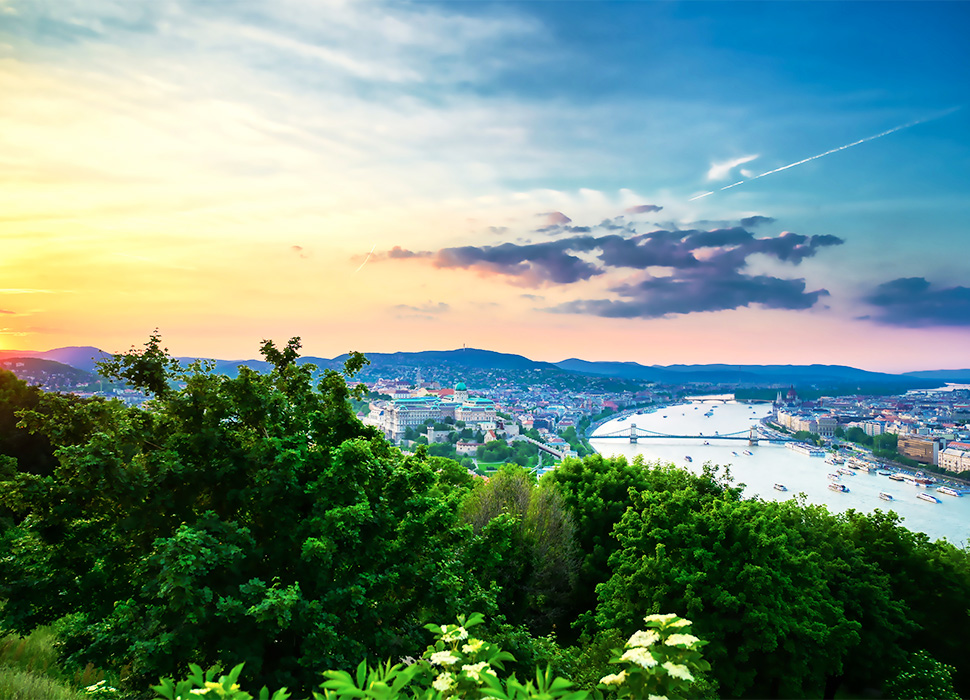 Far from the bustle and noise of the city proper, the Buda Hills are where locals come to unwind and get away from it all. And if you’re weary, there’s no shortage of ways to get around when you’re up there. For instance, a cog railway, built in 1874, lifts you from the cutesy residential streets of Buda up into the woods. Not quirky enough? A narrow-gauge railway staffed exclusively (well, except the engineers) by 11- to 14-year-olds is still going strong. Originally it was a kind of Communist Scout project in the 1950s, presumably intended to keep the wayward youth on track.

10. Live your fairytale fantasy at the Fisherman’s Bastion

Hungary celebrated the 1,000-year anniversary of the Hungarian state in fine style, with the construction of this lavishly turreted riverside folly. Designed to resemble, kind of, a defensive castle, the Fisherman’s Bastion on the Pest bank of the Danube is actually very open, airy and friendly. Thought up by local architect Frigyes Schulek, it sits beautifully alongside nearby Buda Castle and Matthias Church. But while its neighbours have sober histories and roles, Fisherman’s Bastion is simply content to look nice on Insta. Typical millennial.

Can I go on holiday with easyJet again?