The best restaurants in Budapest

From reworked takes on comforting countryside staples to mould-breaking Middle Eastern fare, the Hungarian capital is home to amazing food to suit all tastes 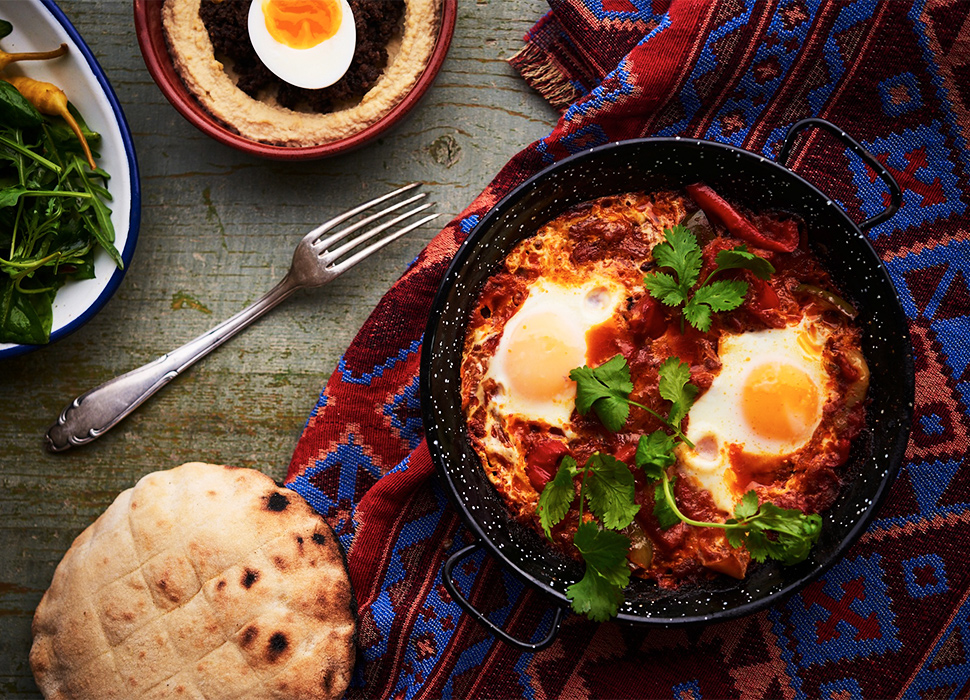 This cool, vibey bistro in Budapest’s trendy Jewish Quarter is jammed most weekends thanks to a Middle East-via-Mediterranean menu that might open with goat labneh za’atar (goat's cheese yogurt) and peak with pomegranate chicken livers on hot flatbreads. Definitely book ahead. Failing that, its newly opened sister restaurant Pingrumba across town is bigger but just as bang-on. Both are vegan friendly. 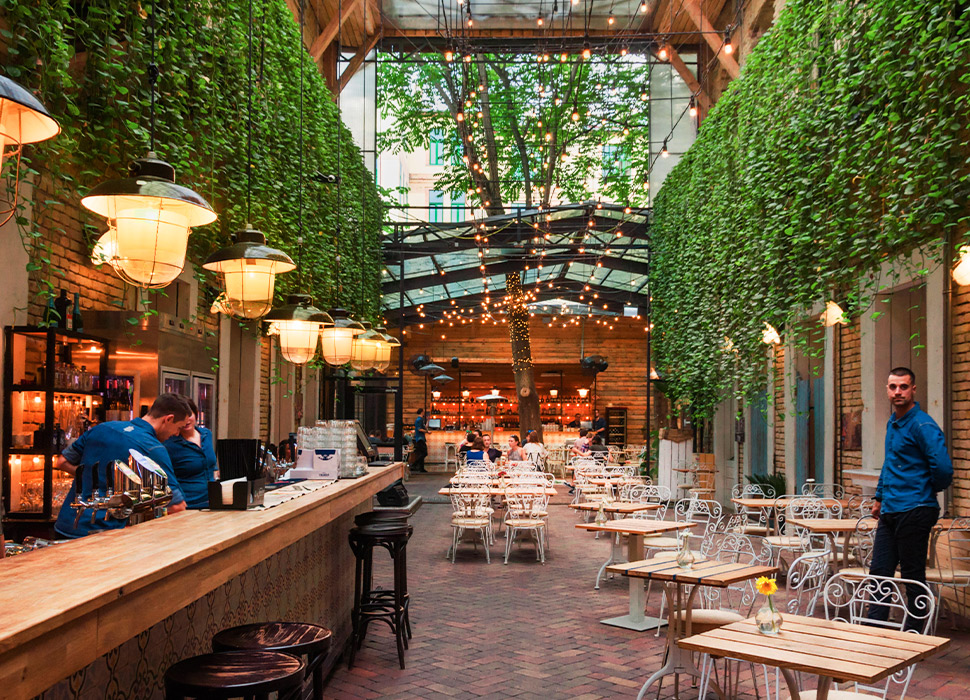 Absolutely do a meal at Mazel Tov when you're in town. OK, it’s not Hungarian cooking but, whatever – the huge, foliage-covered dining hall is the go-to hang-out for the city’s young creative class while the colourful, Israeli-Middle Eastern dishes rarely disappoint. It’s the atmosphere and space that make it but, even so, an order of yellow-bean curry shakshuka with warm pitta and a cold beer is the Budapest treat you didn’t know you’d come for. We're totally smitten.

Budapest's best-known posh-budget bistro makes a solid start to any gastro adventure in Hungary's capital. Not far from St Stephen's Basilica, the permanently buzzy dining room serves classic Middle European comfort food that's high on calories, low on fuss. Daily specials might include Hungarian rakott krumpli (smoked sausage, potato, egg and sour cream) or stroganoff. Plus, the English-speaking servers are never less than charming. Make sure to book ahead if going for dinner. 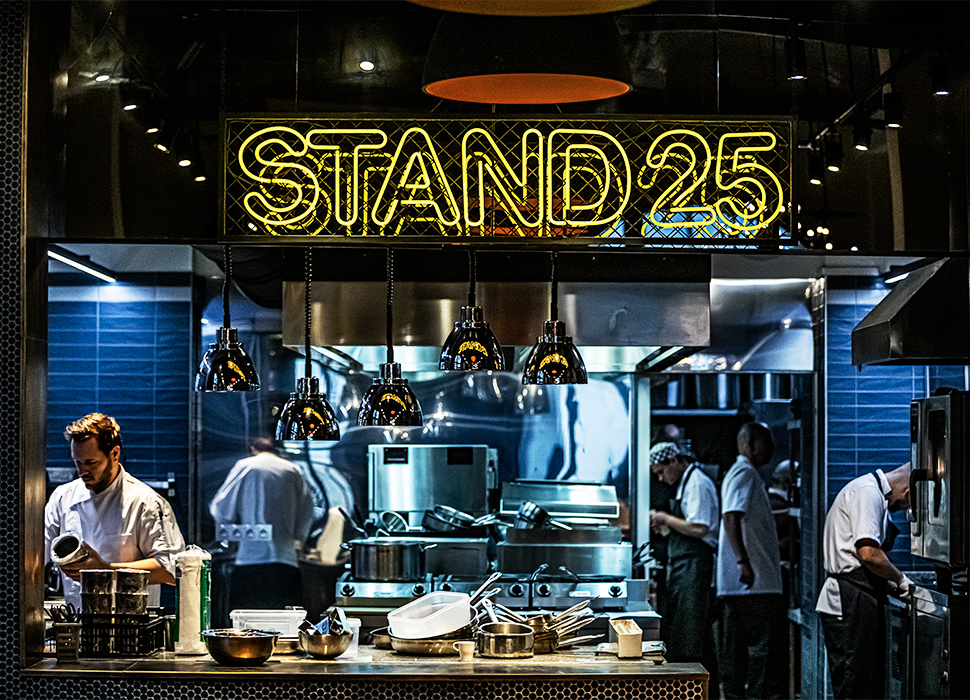 After success at Michelin-starred fine-diner Onyx, creative duo Tamás Széll and Szabina Szulló set up on their own to do something oddly groundbreaking: calorific, comforting Hungarian classics done really well for not much money. The busy tables at this Buda-side bistro close to the Chain Bridge attest to the gap they’ve filled in this part of town. Pretty much everything is satisfying at Stand25, but if you only do one gulyás (goulash) while you're in Budapest, do it here. 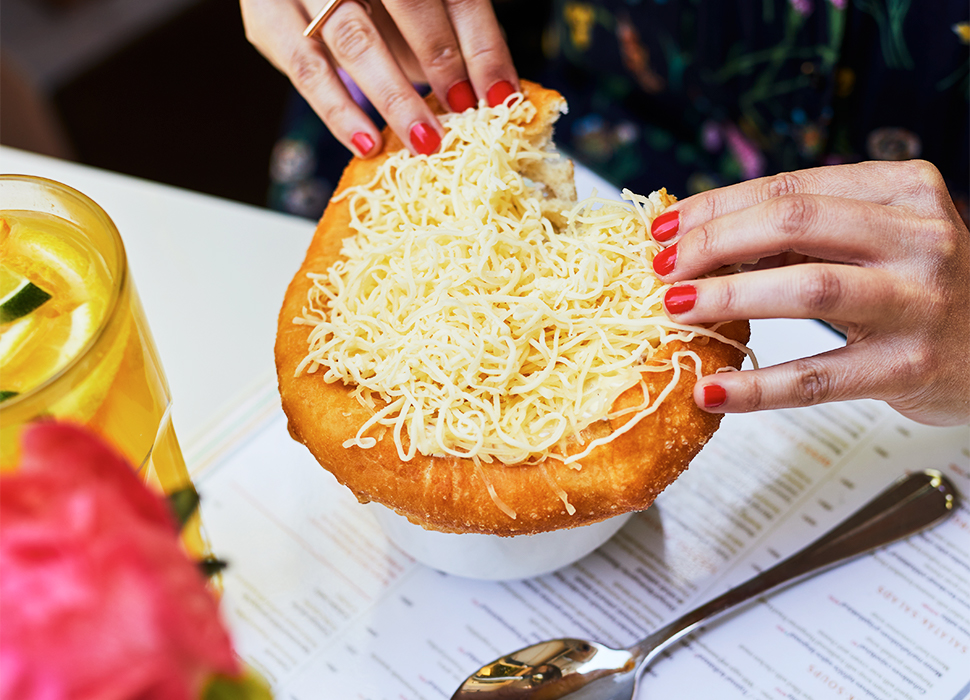 For a crazy cheap lunch set (from €5) of Hungarian soul food served in a fabulous, retro menza (canteen), then this perma-busy Liszt Ferenc Square joint wins every time. The locals love it and for good reason: the keen combo of pleasing Wes Anderson vibes and the kitchen’s hearty takes on old-school classics, such as veal paprikás with egg dumplings, fatty mangalica pork chop or the rich, tangy house goulash. 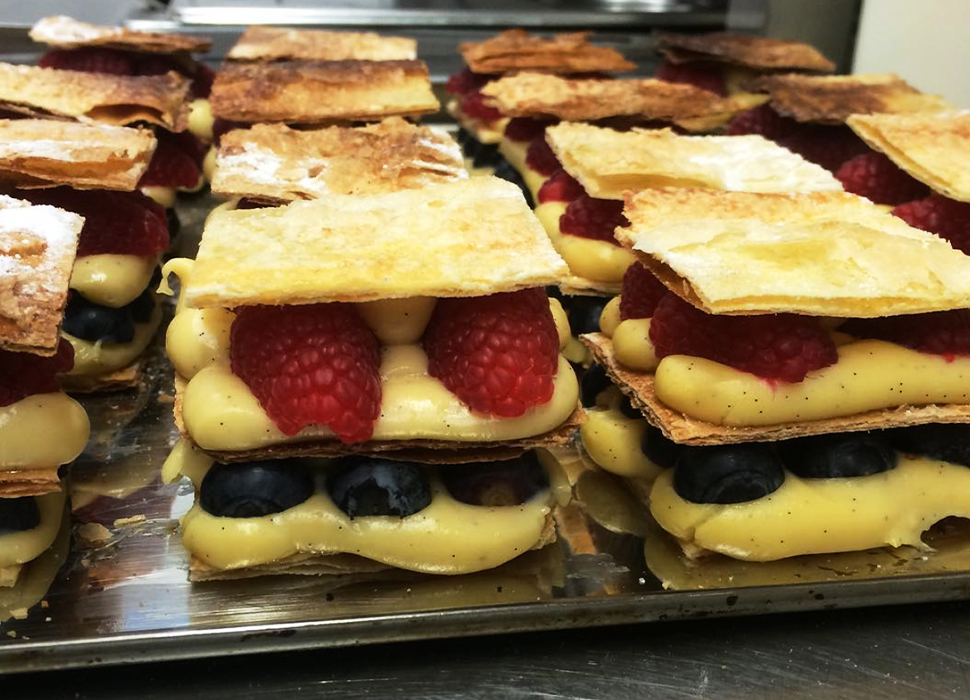 Set in the city’s former Jewish Quarter, this hugely popular and affordable spot pulls a pre-party crowd most weekends for its house speciality pörkölt (a meat stew with peppers and paprika). There are myriad variations on offer, all seriously good, as well as other warming Magyar classics including veal paprikás with sour cream and a delightful selection of like-grandma-used-to-make pastries and sponge cakes. 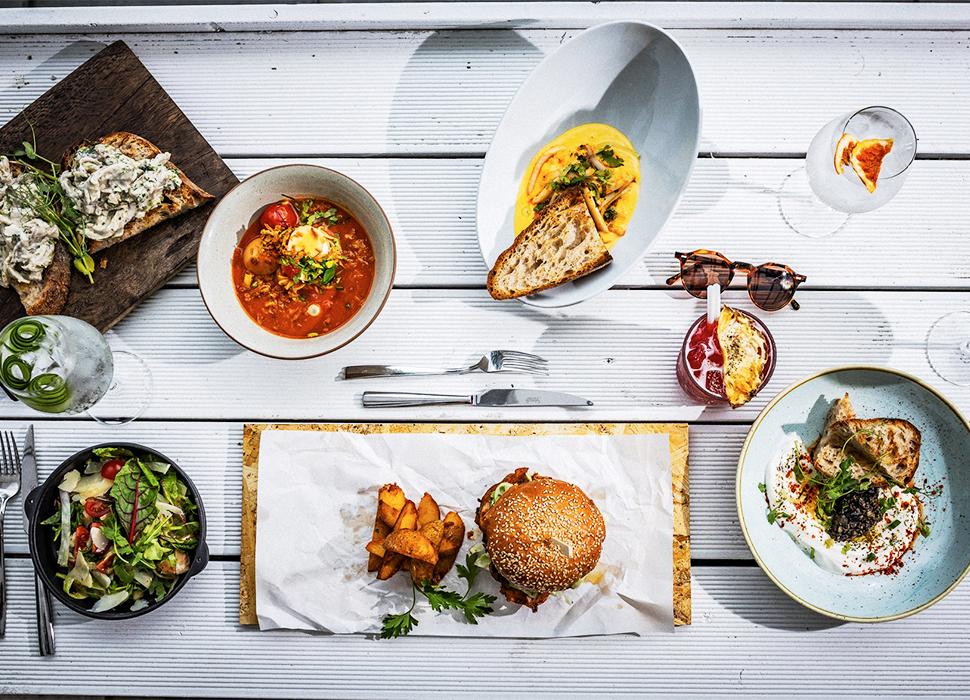 Feast your eyes on this: a modern Hungarian banquet at Bock Bisztró

Hungarian chef Lajos Bíró gives the classic cooking of his home some contemporary flair at this long-standing address in the city’s central Erzsébetváros district. It was one of the first restaurants in town to give the old Hungarian standards some new sheen and, while others have opened since, this is your go-to for dishes like chicken paprikás with dumplings served in a smart, occasion-worthy setting. For a splash-out with something to celebrate, book ahead. 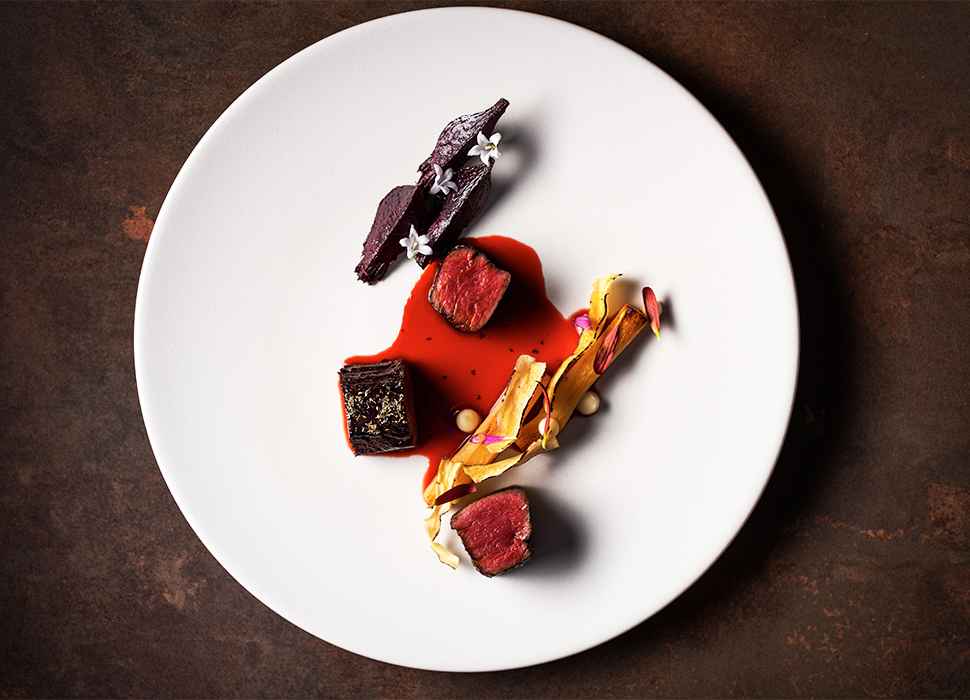 Obviously, wine is a thing here: expect a broad and very-well-put-together list of Hungarian bottles to complement the Michelin-starred kitchen, led by chef Sárközi Ákos. It happily deviates from Hungarian classics with perfectly calibrated plates that could include beetroot-cherry duck liver or foie gras with aszú wine. The changing dégustation menu is probably the best way of doing it: five courses for around €65 is pretty decent for a place this good. Book ahead or forget it. 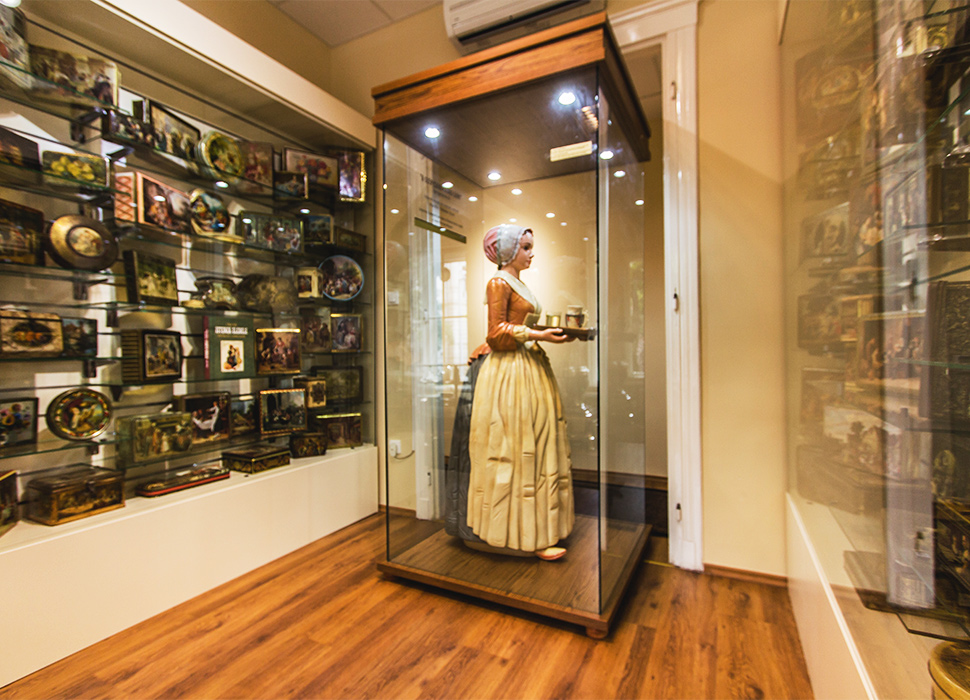 Hungary’s capital is well-known for its grand, back-in-time cafés (that includes the incredibly opulent New York Kávéház in Erzsébetváros) and, hey, that’s fine if you’re willing to ignore jacked-up prices and a touristy crowd. If not, add this comparatively sleek branch of the heritage café-patisserie on Kossuth Square to your radar: a handy spot for a caffeine boost and a sweet something before your tour of the Hungarian Parliament Building just opposite.

Judging by the media attention of the world food press, this is easily Budapest’s best restaurant. At the pass, boundary-breaking chef István Veres gives the regional cooking of his home, Transylvania, a Michelin-starred refit to pleasingly creative effect. Niche, unheard-of ingredients are turned into food as fine art that, on the plate, look and taste so good you almost mourn its passing. Worth the blow-out every time. Oh, and, extra point: vegan menus are available.