Could this cove harbouring the rusting hulk of a cargo ship be the world’s most striking beach?

Even if you don’t know its name, you’ve probably seen the pictures of Greece’s pin-up beach with the corroding ship’s skeleton, cradled by skyscraping limestone cliffs. Zante’s Shipwreck Cove is one of the most beautiful spots in the Ionian islands, and the most popular beach on Zante (also known as Zakynthos) – despite the fact that it's only accessible by boat.

Though it’s impossible to imagine Navagio ‘shipwreck’ beach without its namesake wreck, the MV Panagiotis cargo ship only ran aground on this exposed north-westerly cove in 1980.

It was a stormy night, and rumours of dark dealings spread like wildfire. Some said there was illicit bounty on board – hence the beach’s other nickname, Smuggler’s Cove. 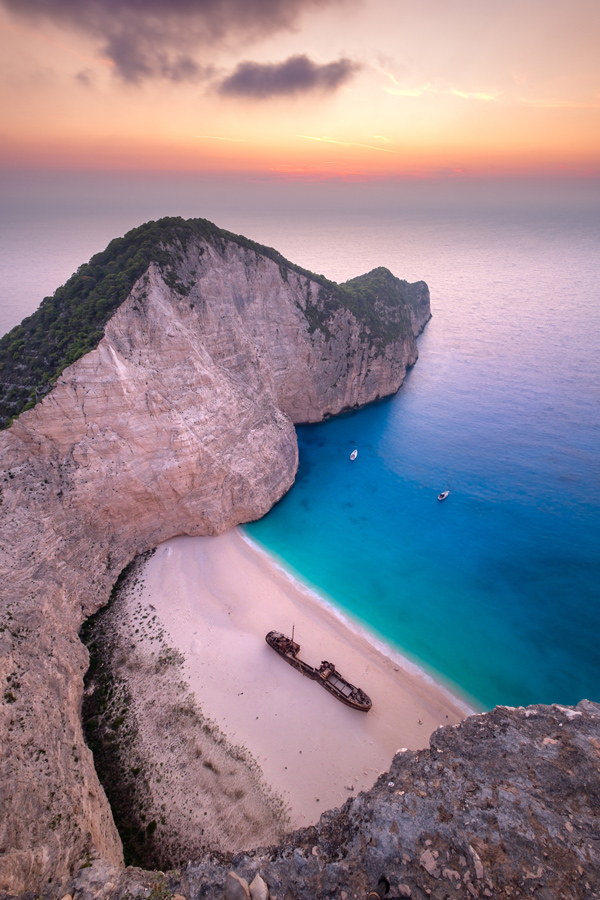 The MV Panagiotis cargo ship washed up on Navagio beach in the 1980s / Image: Getty

Today, the peeling ship is a giant, empty rust bucket on an otherwise unblemished shingle beach, but who cares what it looks like up close? As your boat sails around the cliff head and the metal beast comes gradually into view like a beached whale, there is no more haunting sight in the world.

Adventurers beware – it doesn’t take much to fall head over heels for such a sight. The sea is a dazzling aquamarine, as clear as hard liquor and just as intoxicating. Giant boulders on the seabed swim into view as your boat approaches land. The tall cliffs are as bleached as the fine shingle, and so sheer that by midday they provide precious few scrapes of shade.

Even when day-trippers gush in over summer, a visit here is still one of Greece’s greatest experiences. Several boat companies make the sailing daily from departure points around the island. All you need for swashbuckling theatricals is your camera and a pirate’s swagger.