Grab a corner booth to admire the sunset at BAOS

Mykonos nightlife: the best night clubs and bars on the island

Greece's most raucous island is chocka with lively nighttime haunts. Here's where to cut loose

Grab a corner booth to admire the sunset at BAOS 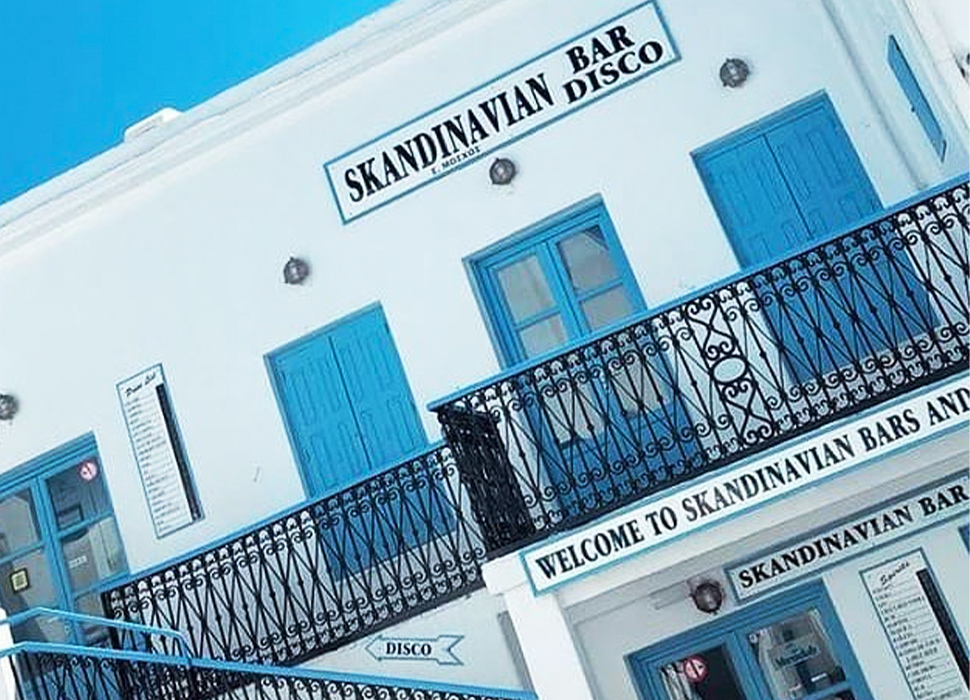 Skandinavian Bar is a crowd-pleaser

For first-timers, this lively, sure-to-please bar-disco close to the Old Port makes a fun entry point into Mykonos nightlife. It’s been around for ages but doesn’t show its age. In fact, a largely young crowd tends to start the night here (arrive early for one of the terrace tables) before moving on or taking it upstairs to the reliably busy dancefloor. It's open late, but expect to queue after 10pm most nights. 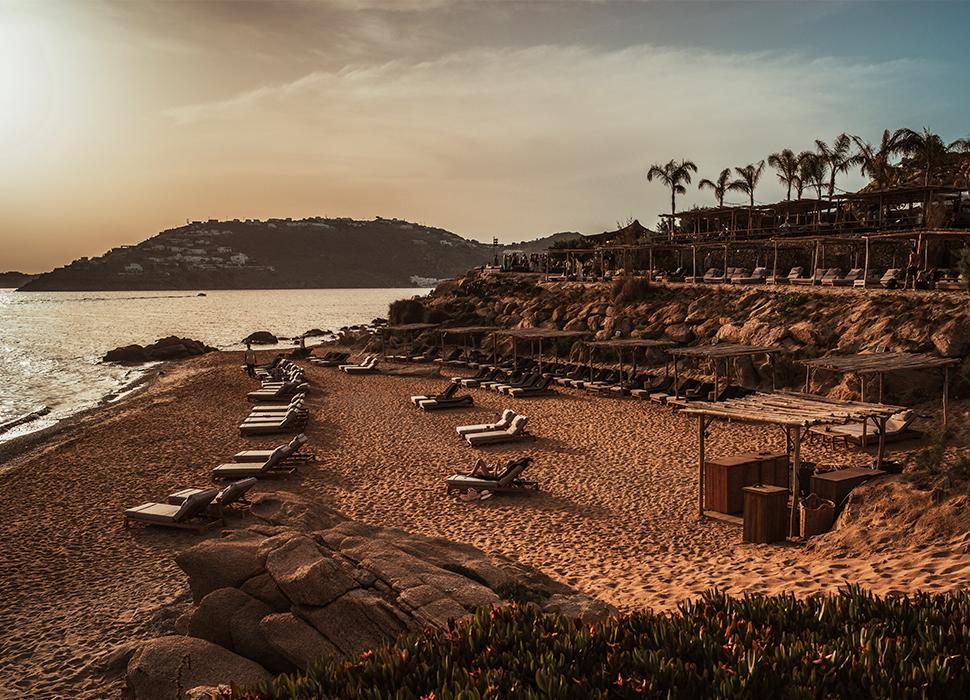 Spenny, but worth every penny for these views / Image: Photographer–Bjorn Ceder

A primped, preened and, be warned, pricey beach club – sorry, 'lifestyle commune' – for a crowd of pretty people on a beautiful stretch of sand near Paragos Beach (around 5km from Mykonos Town). It’s a day-to-night affair, so chill on one of the boho-luxe cabanas before taking it up a gear come sunset, when DJs play classy house-disco until the late AMs. By far the coolest place to party if – caveat – someone else is paying.

The closest Mykonos comes to an epic, Ibiza-style superclub, this 3,000-capacity, cliff-edged grandee of the island’s clubscape attracts a regular roster of banner house-techno DJs and dependably delivers on the big-room club experience. Safely expect its full-moon parties to be rammed. Open until 7am. 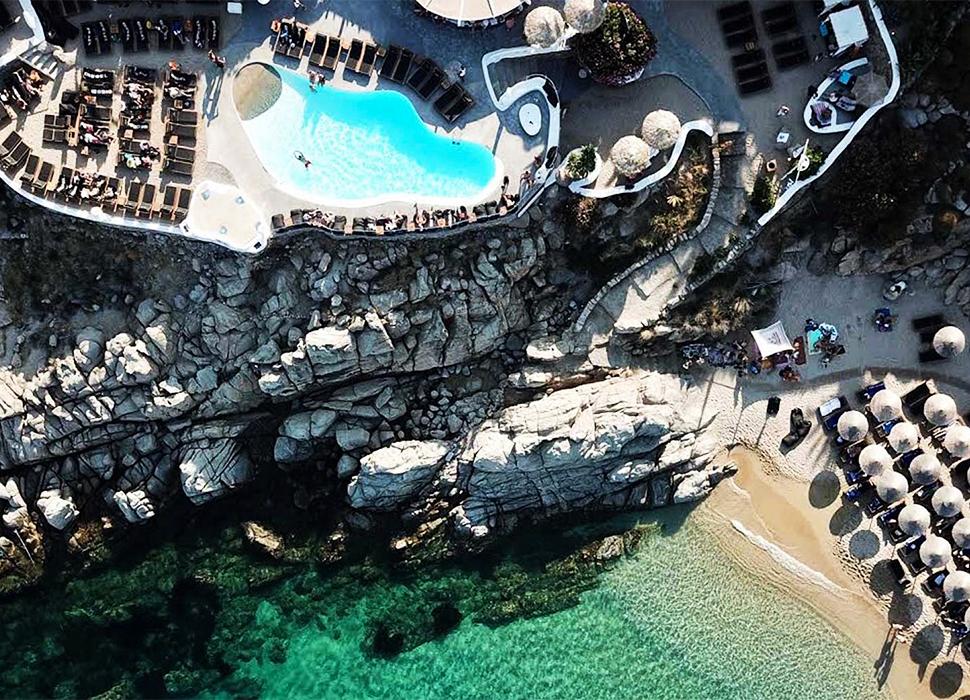 This rowdy beach club is known for its unpredictable drag shows

At the end of Super Paradise Beach, this chic beach club is known as a gay spot but. While that’s not inaccurate, like many places in Mykonos, it pulls a more mixed crowd of who-cares party people for its pretty beach, chef Christoforos Peskias’s seriously good cooking, well-made cocktails and the unpredictable, late-night DJ parties that tend to get going after the nightly drag act. 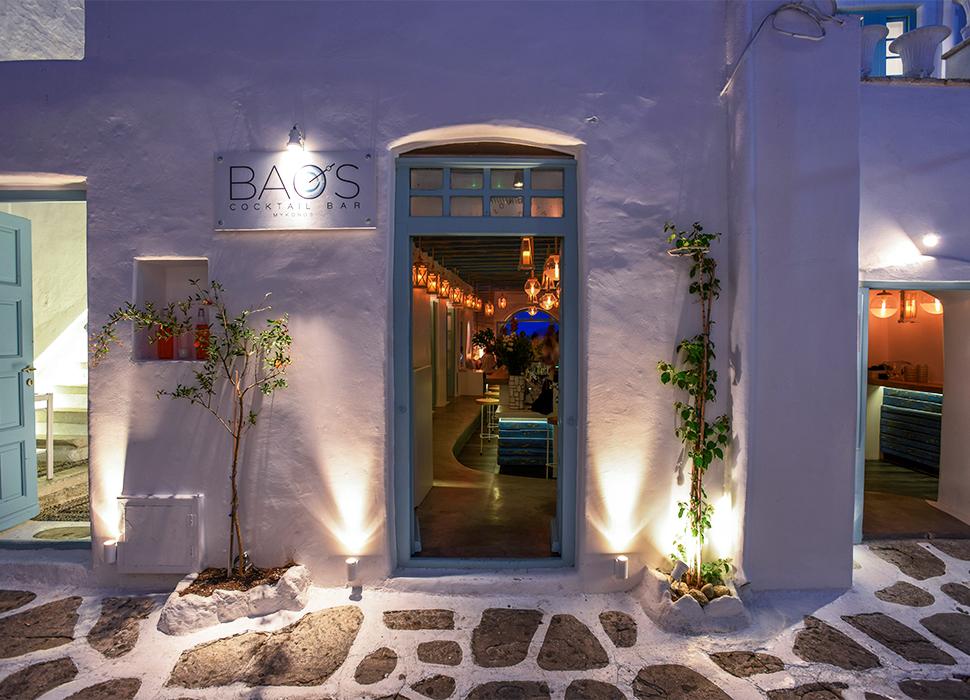 For a bijou, low-BPM night out, this delightfully chic disco-boîte, with a spot right on the water in Mykonos Town’s cute Little Venice district, is your go-to. Arrive early for a sundowner by the sea among a cool crowd and pleasing views of the bay. Bottles start to pop around 11pm, when DJs spin disco-house beats and the inside bar begins to feel like a cool house party on a champagne budget. Open until 6am.

If, as is likely, the tables at Bao’s are already taken for sunset, this just-as-cool if slightly less showy alternative on the same stretch of seafront has chill Balearic vibes thanks to a well-crafted playlist. The cocktails are decent but the best bit, if you can bag it, is a perch-size table on the first-floor terrace where you and a buddy get to soak in the sea breeze and gentle beats away from the bumping crowd. 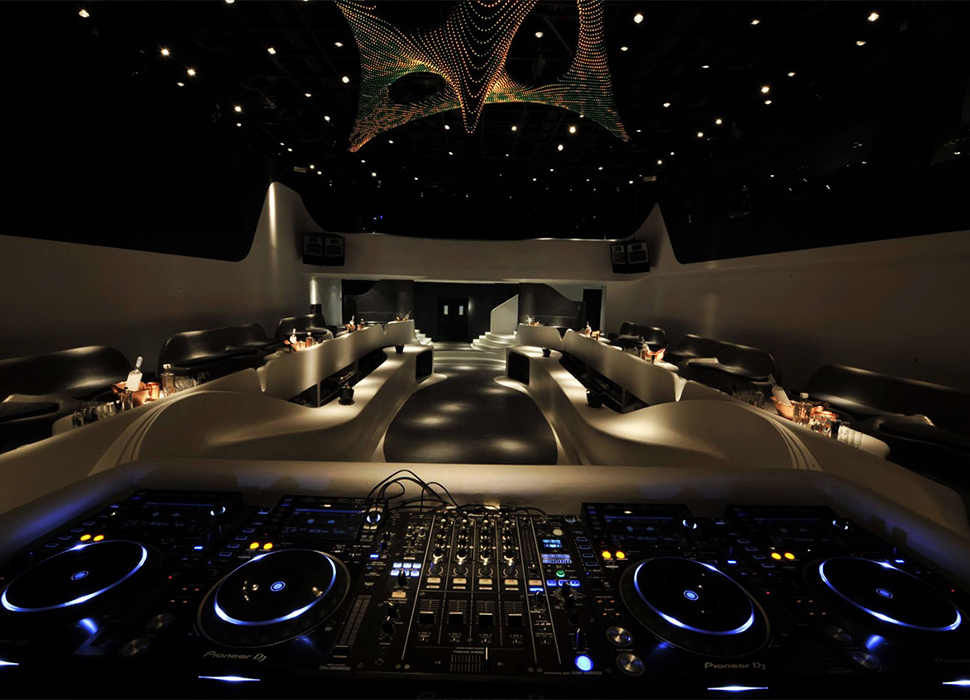 Opened in 2017, this zeitgeisty, minimal-chic club in Chora probably considers itself way cooler than anything else on the island – and not unfairly, perhaps, if the whole velvet-roped VIP vibe is your thing. That’s not to say it doesn’t peak. It certainly does, especially with a roster of big-name DJs coming through the door: Black Coffee, Maceo Plex and fashion forward-thinker Virgil Abloh have all had turns behind the decks.

With its $5,000-per-day cabanas, the grand dame of chichi Mykonos beach clubs holds its allure for celebs like Leonardo DiCaprio as well as Europe’s more anonymous sophisticates. Still, substance and style match up: the tree-covered restaurant is rightly known for its seriously good, just-caught seafood and the evening parties pull a reliably chic but happily not-standoff-ish crowd, so you don’t feel short-changed if you’re splashing out.

The best hotels in Mykonos