The best things to do in Kos

Ravishing ancient treasures and abundant natural beauty make the friendly, fun-sized island of Kos an idyllic Greek getaway. Here's the best of it

Agios Stefanos isn't the only super stretch of sand on this idyllic island. Here are the best beaches in Kos.

There's ancient attractions all over this Greek island – check out 10 awesome archaeological marvels on Kos. 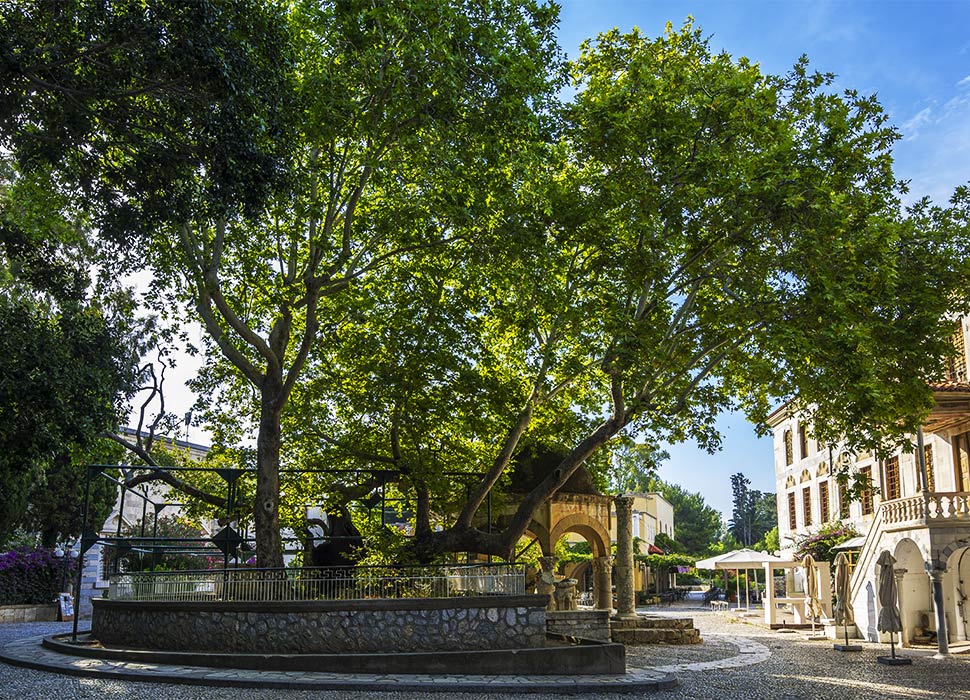 Folks on Kos are proud of their tiny island’s reputation as the birthplace of modern medicine. Because it was right here, under an ancient Oriental plane tree, that Hippocrates first shared the principles of Western doctoring with his eager students. That was 2,400 years ago, but the 12-metre-diameter leafy giant currently dominating the square just by the Castle of the Knights is a direct descendant, and cousin to dozens of related trees growing in the grounds of famous medical schools around the globe, a gift from the people of Kos. 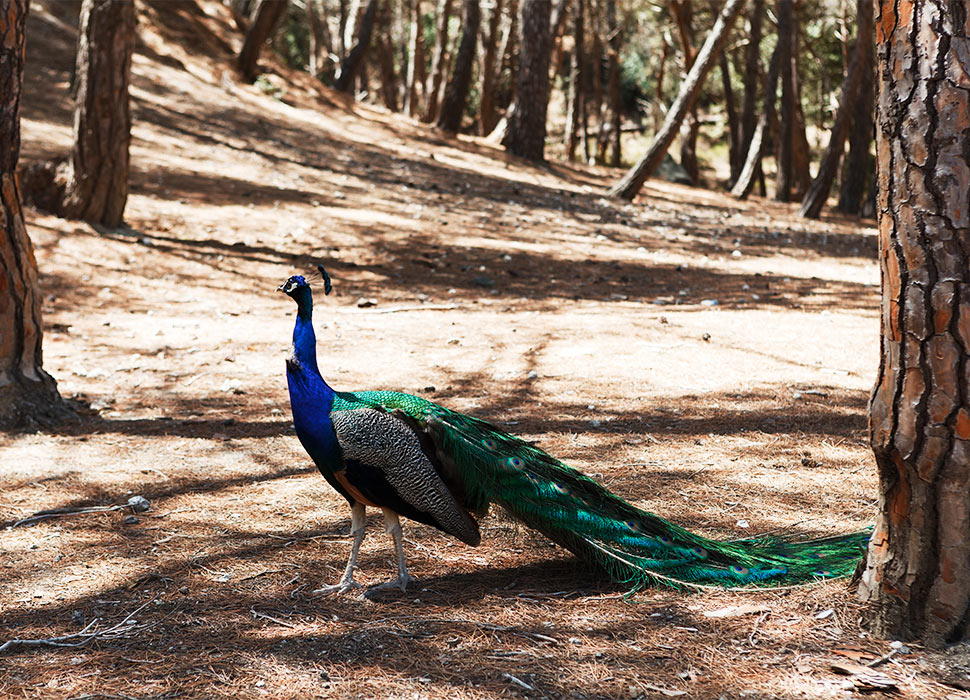 When you’re pining for a little peace and refuge away from the baking Mediterranean sun, make tracks for this shady aromatic pine gorge just by the village of Antimachia. Wild peacocks – including at least one rare albino specimen – stalk about, seemingly un-bothered by the local cats. There are even adorable wild terrapins paddling about in the cool spring waters. Bag one of the rustic benches and you’ve got a dreamy picnic spot, and the perfect vantage point for peacock shenanigans.

Southwest of Antimachia and the airport
Free entry

3. Do a micro island-hop from Agios Stefanos beach 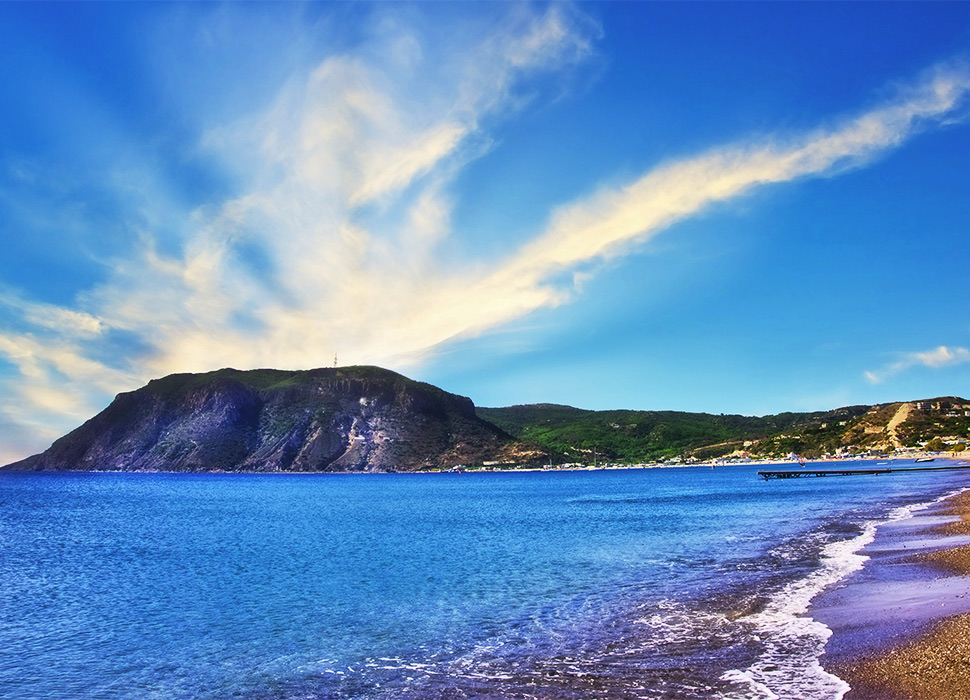 Craving a bit of adventure and excitement? But not too much? Then head to the beach at Agios Stefanos. This peaceful crescent of sand and pretty pebbles has a ruined, extremely photogenic basilica right there on the beach for nosing around and grabbing photos. Best of all is the dinky islet of Kastri just out in the bay. It’s reachable if you’re a strong swimmer or you’ve rented a pedalo. There's also a picture-perfect whitewashed chapel over on the islet, and if you’re nice they even let you ring the bell.

4. Grab lunch in a ghost village 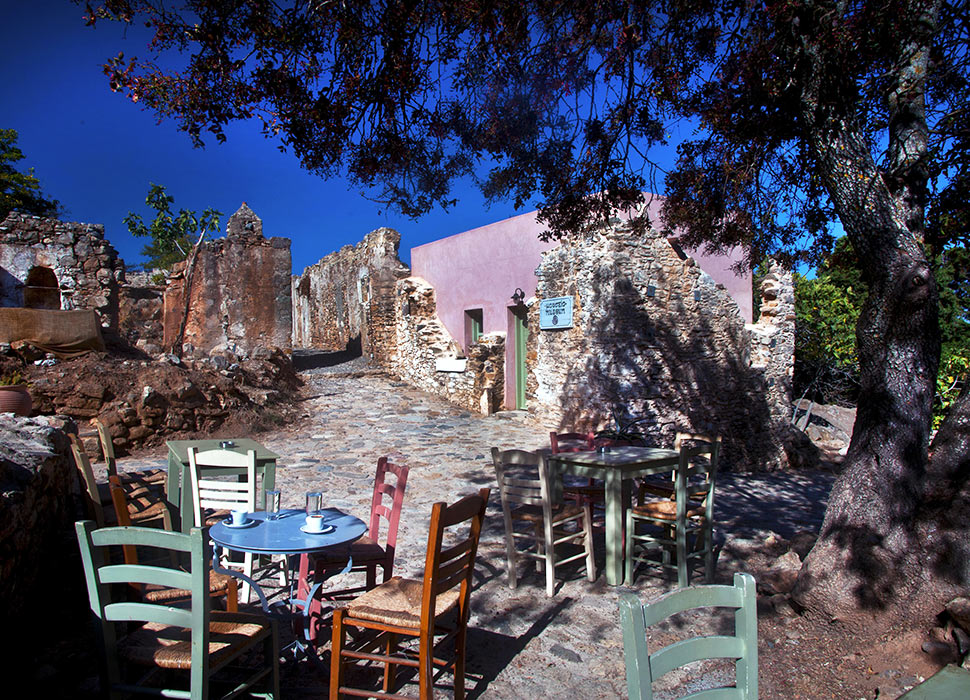 The ruined village of Haihoutes is now a neat place for a bite to eat / Image: Alamy

Half a century ago, the tiny inland village of Haihoutes was abandoned by its residents. Once a thriving hub with its own school, locals struggled with the legacy of earthquakes and occupation during the Second World War. Happily, in 2012, an enterprising couple spied an opportunity and created a stylish kafeneio – or traditional Greek café – and private museum celebrating the fascinating past of this ruinous place (now known as Aghios Dimitrios). In the evening there’s live music and booze – all in all, an atmospheric treat for the senses.

5. Hit the tiles at the Archaeological Museum 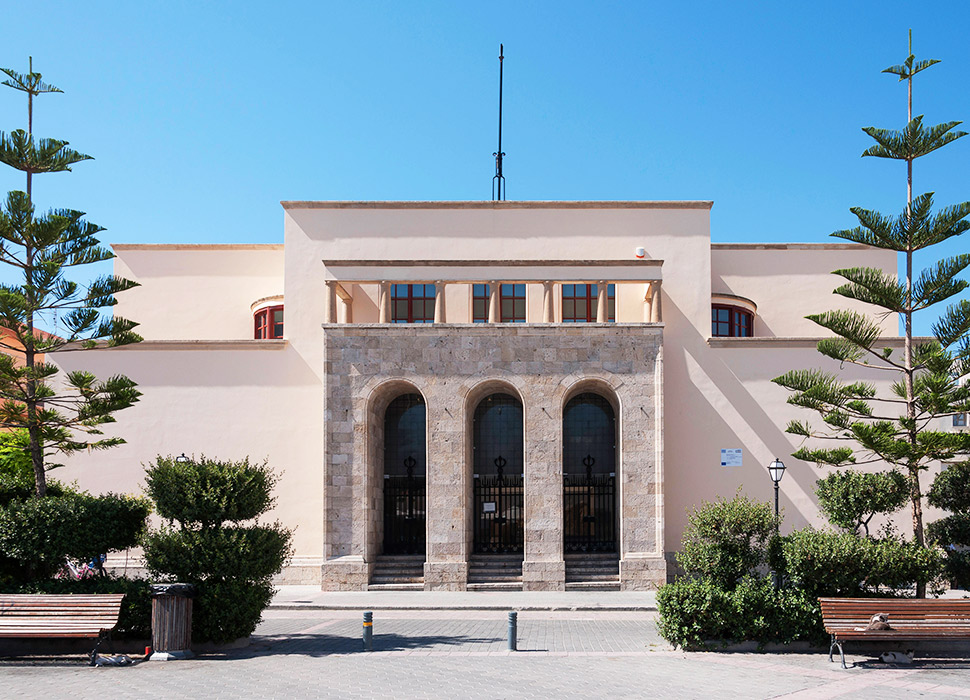 The main square in Kos Town is dominated by this natty example of mid-century Italian architecture. But the real eye-candy is on the inside, where elegant pottery and marble statues culled from various sites around the island – like the Altar of Dionysus, the Odeon and the Roman Residence – show ancient mythological legends such as Dionysus and a satyr rubbing shoulders with Venus and her nymphs. Most impressive of all are the mosaics, in particular a large one depicting the arrival of medical god Asclepius to the island, greeted by a giddy Hippocrates.

6. Live dramatically at the Roman Odeon 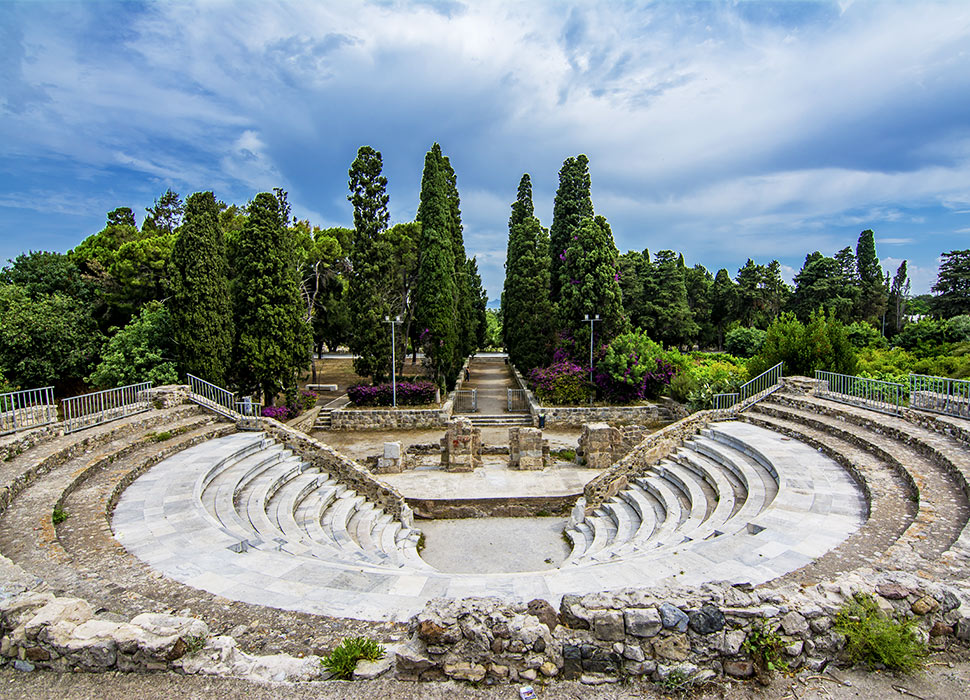 Take a trip to the cinema, Grecian-style / Image: Adobe Stock

Way back before television – the second century AD to be exact – Kos's Roman Odeon was where it was at, entertainment-wise. This beautifully preserved 750-seater example, on the edge of Kos’s Western Archaeological Zone would, in its heyday, have hosted everything from gigs to plays to parliamentary sittings and even gladiatorial battles to the death. Pull up a pew and drink in the exquisite proportions of this ancient monument, a homage to the timeless joy of getting together to watch our favourite shows. 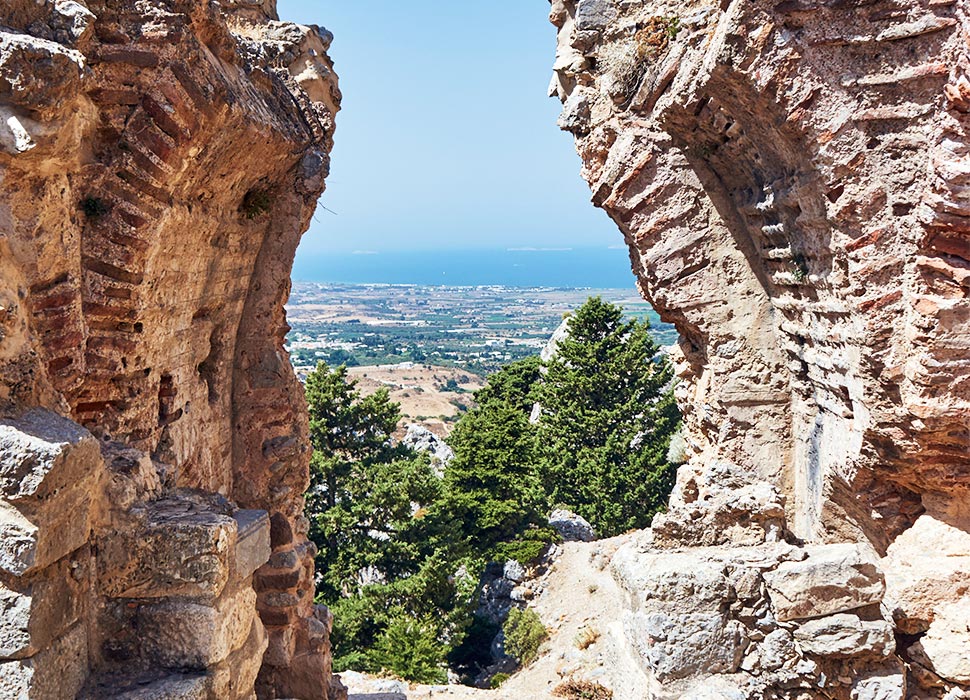 Why are these views so nice? They just arghhh / Image: 123rf

For much of its history, the inhabitants of Kos lived in constant fear of marauding seafarers, from the mighty Ottoman navy to random passing pirates. So back in the day – around the 9th-century AD or so – the island’s Byzantine residents built a castle, as high up and as far back from the coast as possible. As you’d expect, it’s a steep hike from the car park, but worth it for the decent café and unbeatable views out to the neighbouring islands of Kalymnos and Pserimos.

8. Feel the earth move at Nisyros 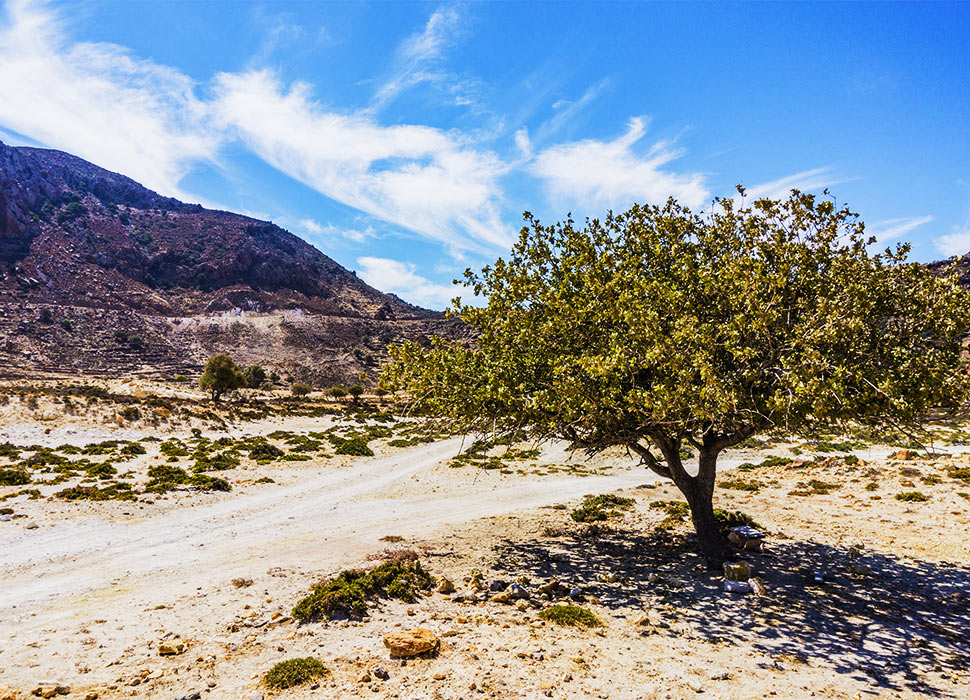 The little island of Nisyros has explosive appeal / Image: 123rf

Just a brief hour or so sail out of Kardamena, Kos’s neighbouring island of Nisyros is a hot stop-off. Quite literally, in that it incorporates a still-steaming volcano with a crater you can just go and mooch around. Nisyros hasn’t erupted for over a century, but several remaining craters across the island’s central Lake plain – in particular the 300-metre-wide Stefanos – are navigable on foot, and give the eerie impression the ground might rumble into life at any moment.

Ferries twice a week from Kardamena 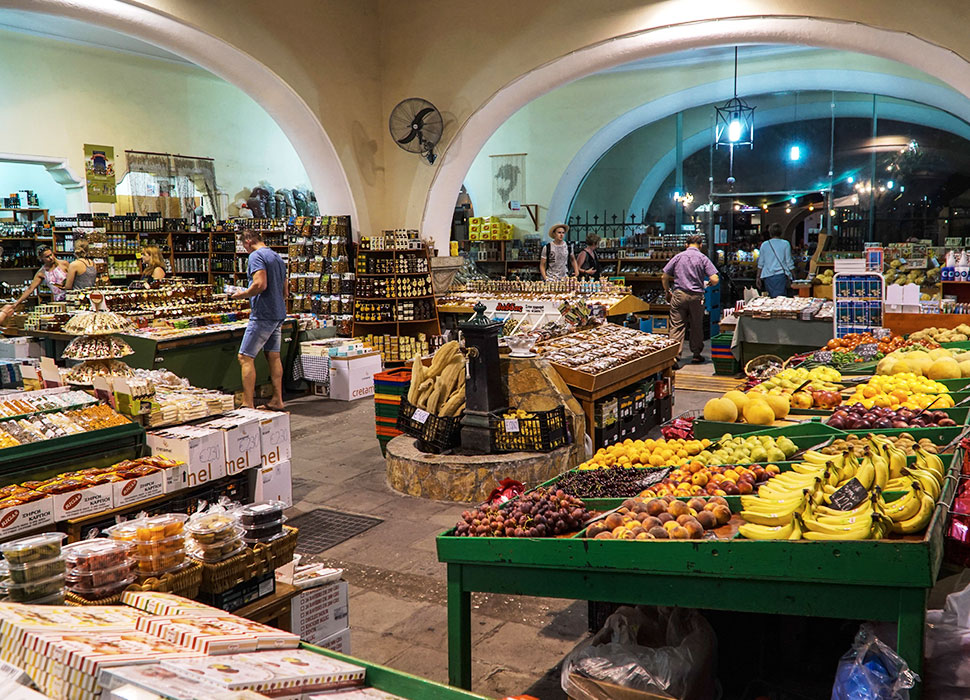 Kos Market Hall is a riot for the senses / Image: Alamy

Another eye-catching example of mid-century Italian architecture, the Florestano Di Fausto and Rodolfo Petracco-designed Market Hall is all understated white-wash and symmetrical glamour on the outside. On the inside it’s a cheerfully, chatty riot of colours and aromas, a plethora of fresh spices, and the best place to nibble your way around  the island’s delicacies. Make a beeline for a slice of krasotyri (a quintessential Kos dish that's basically goat’s cheese aged in red wine), then wash it down with a slug of local cinnamon-based soft drink Kaneláda. Or an ouzo – you are on holiday, after all.

10. Drink in the tunes at Sitar Bar

Stash the ouzo in your hold luggage and head out instead for a nice long drink at Kos’s foremost mixology mecca, Sitar Bar. Just a few steps from the harbour in Kos Town, this cocktail den offers a bewitching blend of too-cool-for-school tunes and artfully presented cocktails, from your classic negronis and old fashioneds, through to more inventive fare like 'Banana Dread', with malt whisky, banana, oleo saccharum – banana peel, in essence – cacao nibs and chocolate bitters.