The best things to do on Crete

From ancient cities and amiable aquariums to beatific beaches and head-razing raki cocktails, Crete is an exemplary holiday island. Here are our fave bits

1. Go out on the lamb at To Antikristo 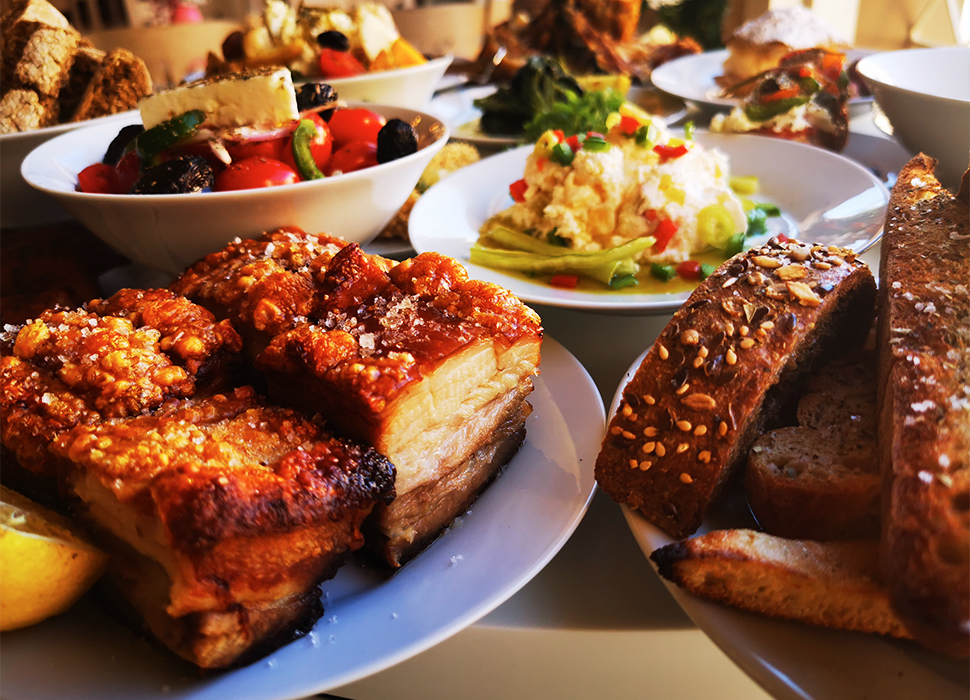 Antikristo is a distinctly Cretan method of cooking meat, in particular lamb. The plump beasts – slaughtered at around 10 months or so – are skewered within a metal cage or frame, then roasted over a fire. The resulting meat is so juicy and flavoursome you don’t need much with it, just some bread and a nice poky glass of raki. Antikristo can be found almost everywhere on Crete, but for best results hit up To Antikristo in Perivolia. Ewe won’t regret it.

2. Harbour a crush on Chania 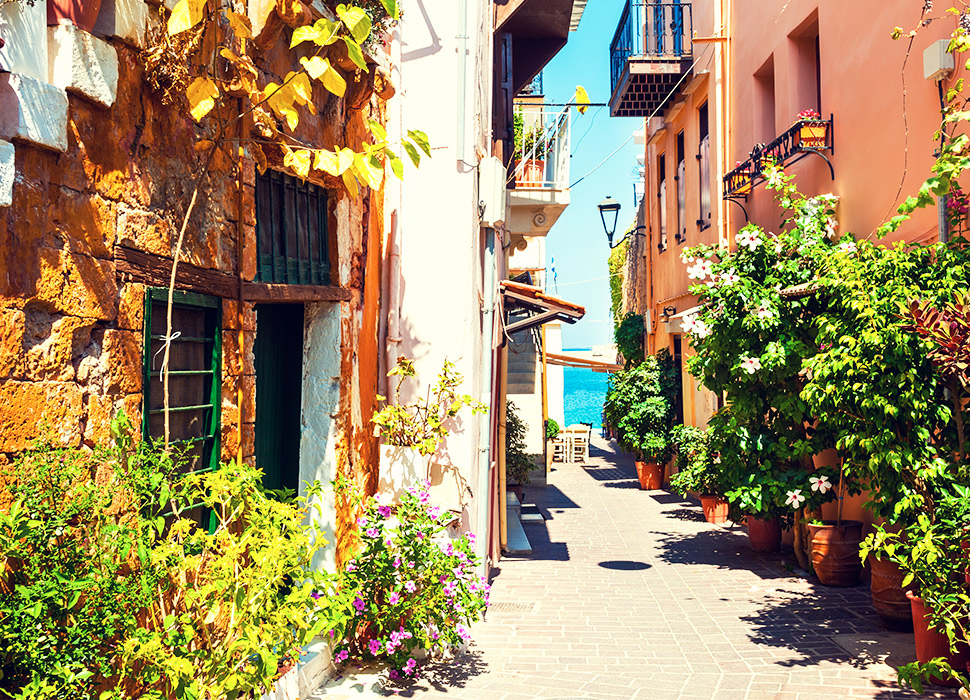 Take a stroll through the gorgeous backstreets of Chania / Image: Getty Images

The industrious, seafaring Venetians spent about 300 years digging out the present harbour at Chania, starting in the year 1320 when Crete was a key strategic base for ambitious Mediterranean empires. Today the area is studded with cute cafés, buzzy bars and groovy galleries. For the ultimate experience, wander out along the mole – that thin stick-outy-bit that shelters the harbour from choppy seas – around sunset and peer back at the city under wild watercolour skies. 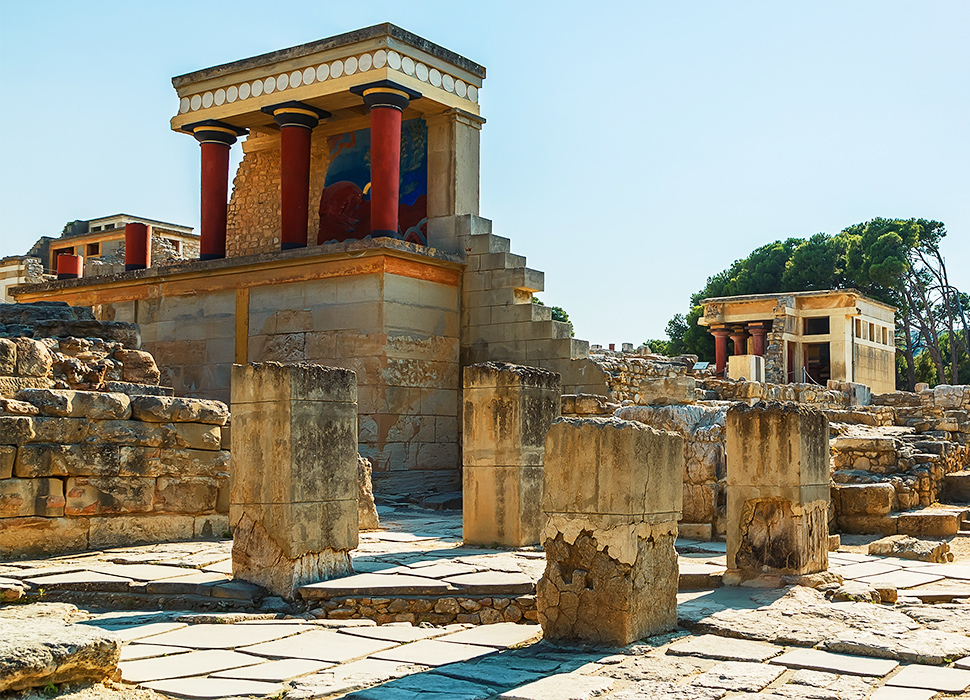 No sign of the Minotaur, but plenty of righteous ruins at Knossos / Image: Getty Images

Knossos revels in the unofficial title of ‘Europe’s oldest city’. It’s not really up to much these days – being ruined and all – but experts reckon that up to 100,000 citizens lived and worked here in the 18th century. That’s the 18th century BC, by the way. This is where the famous Minotaur labyrinth, the one you read about in school, is supposed to have been situated; among the dazzling palace, restored frescoes, throne rooms and broken-off columns, you’ll get a real sense of ancient majesty.

4. Take a hike in Samaria Gorge 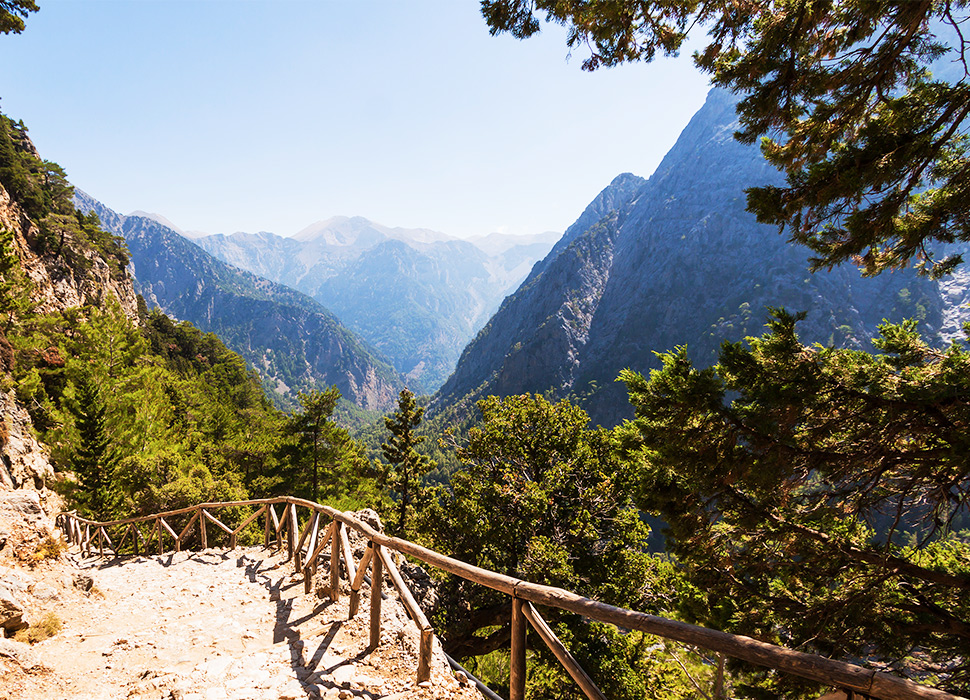 Crete’s dramatic, mountainous interior make it a cinematic place to strap on a pair of comfy boots and hit the trails. For ultimate hiking bragging rights, take in the dreamy Samaria Gorge, found in the midst of the White Mountains. Launch off at the Xyloskalo trailhead, which means 'wooden staircase' – even on the descent it’s ankle-punishingly steep. After the first couple of kilometres, the path levels off and you can easily enjoy the scenery, marked by sheer rock faces and narrowing ravines. Keep an eye out – you’ll be watched on the way by the gorge's curious, cutesy 'kri-kri’ feral goats.

5. Shell out on snails in Kissamos 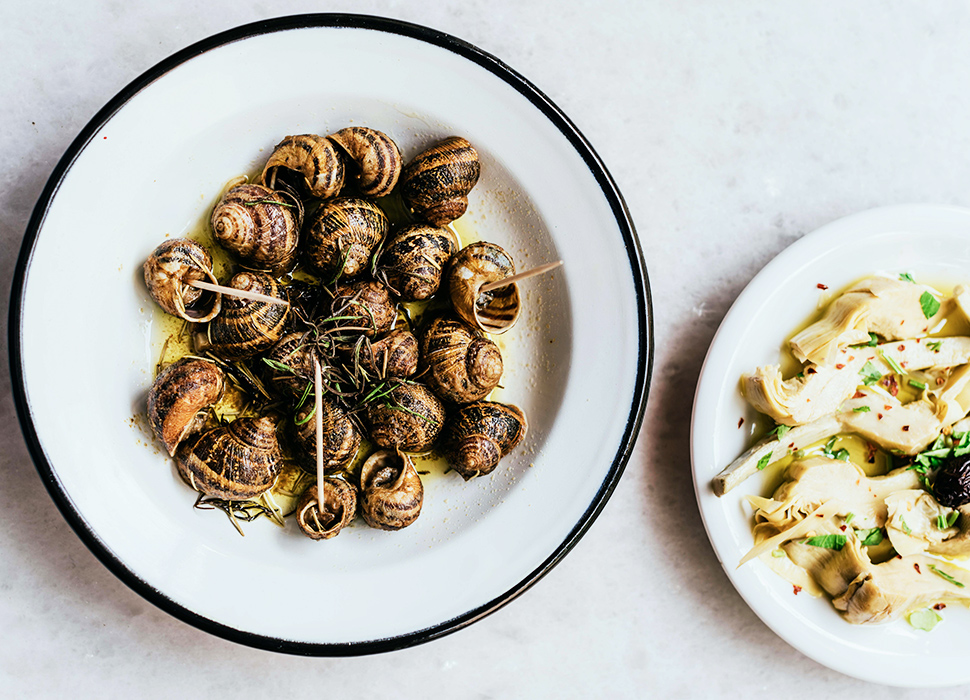 It’s not just the French, it turns out, who are partial to scoffing gastropods. Cretans are also famously mad for snails, especially in the western town of Kissamos. Back in the day, peasants would go on snail-grabbing expeditions up into the mountains – they are, you see, are a superb source of nutritious protein. Try them fried in local olive oil with a dash of vinegar at Porfira restaurant on the seafront.

6. Sink the pink on Elafonisi 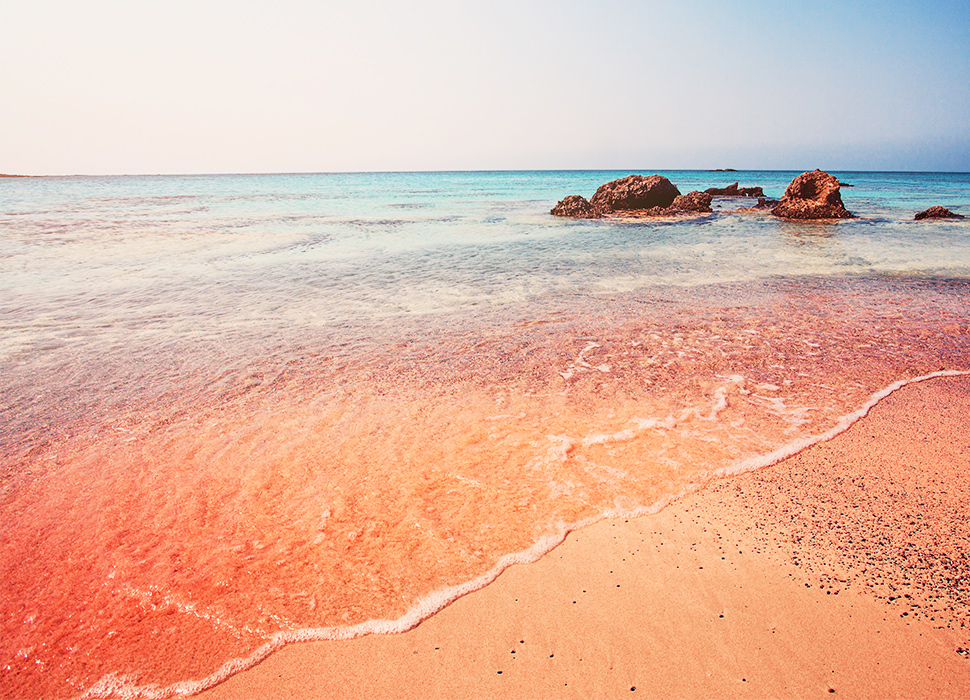 Despite being widely feted as one of the most beautiful beaches in the world, Elafonisi isn’t technically a beach at all. It’s actually an islet, separated from Crete proper by a narrow sandbar, which gets washed over by up to a metre of water at high tide. It’s mostly famous, and splashed all over Instagram, for its picture-perfect pink sand. But there’s lots more for nature lovers to blush over, including eerie rock formations and more than 100 rare species of plants, like summer-flowering sea daffodils.

7. Let it all go south on Gavdos 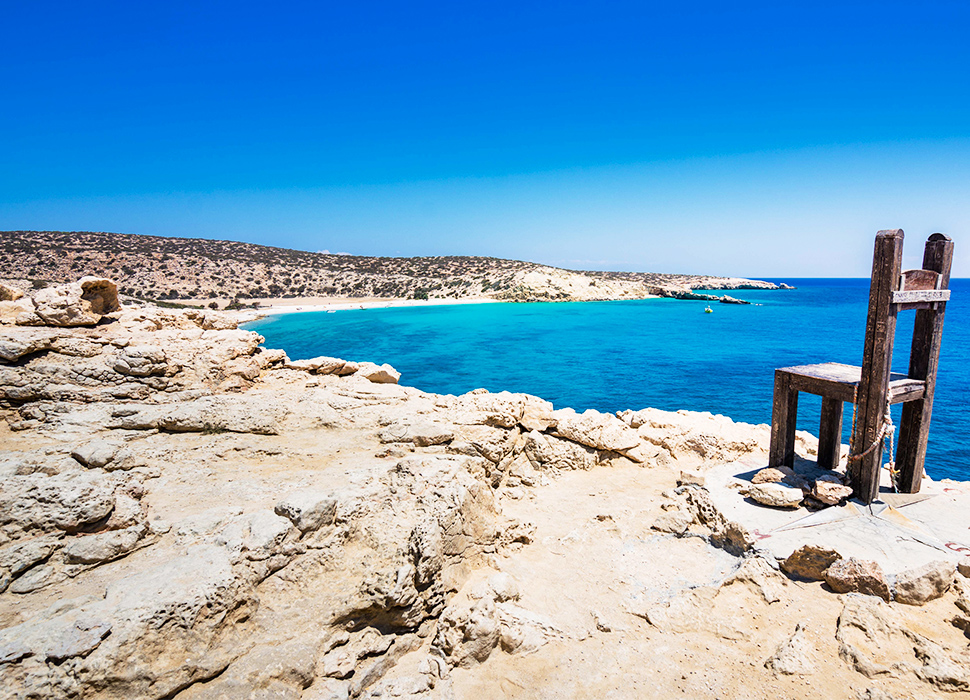 Legend has it classical-era bigwig Odysseus was on his way home to Ithaca after the Trojan war when he was ensnared by a comely nymph named Calypso. She subsequently kept him, presumably happily enough, on the small island of Ogygia for a number of years. Anyway, Europe's southernmost island of Gavdos – as Ogygia is now known – is a 40km boat ride from Crete but well worth the schlep to get away from the crowds of the main island. For the most part, that is: in summer the place gets colonised by naked hippies, who congregate en masse around the spectacularly beautiful Agios Ioannis beach.

8. Immerse yourself in the world’s kindest aquarium 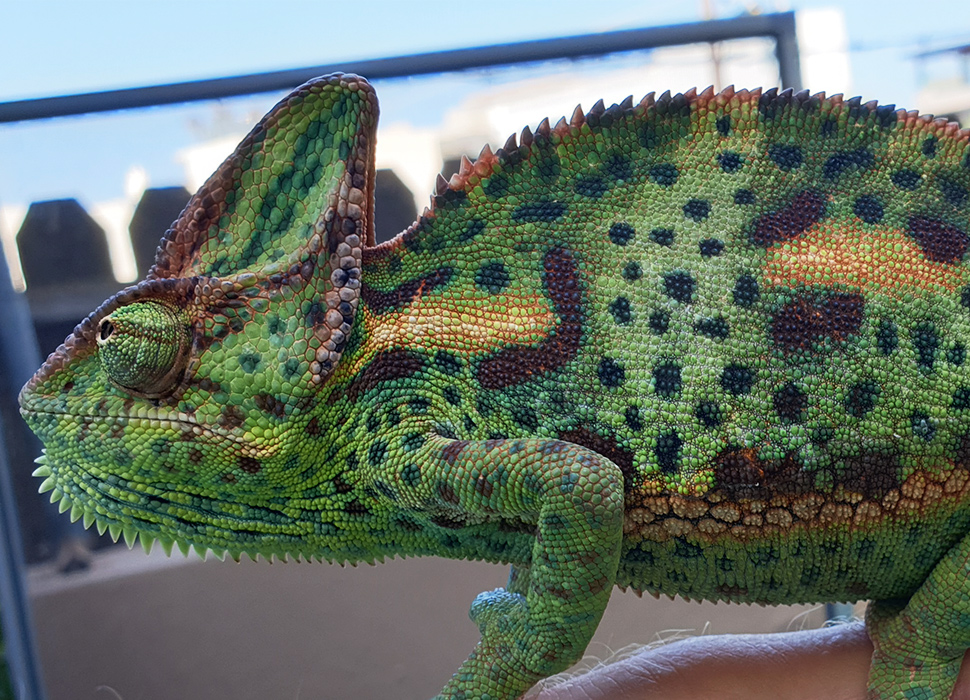 For a day out that’ll really warm your cockles, extend a friendly hand (or flipper) to the cute critters at Aqua World, Hersonissos. What makes it so lovely? To start, it’s small by aquarium standards, so the team exudes a cosy, family feel. Most of all though, it’s the animals, often rescued from terrible fates and nursed lovingly back to health. Stephanie the green turtle, for instance, who was cruelly blinded by mean kids but now has hundreds of friends. Or scaly Dino, the balkan green lizard, who is apparently so content he doesn’t even bother trying to escape, the massive cold-blooded softie.

9. Get folked up at Lychnostatis Open Air Museum 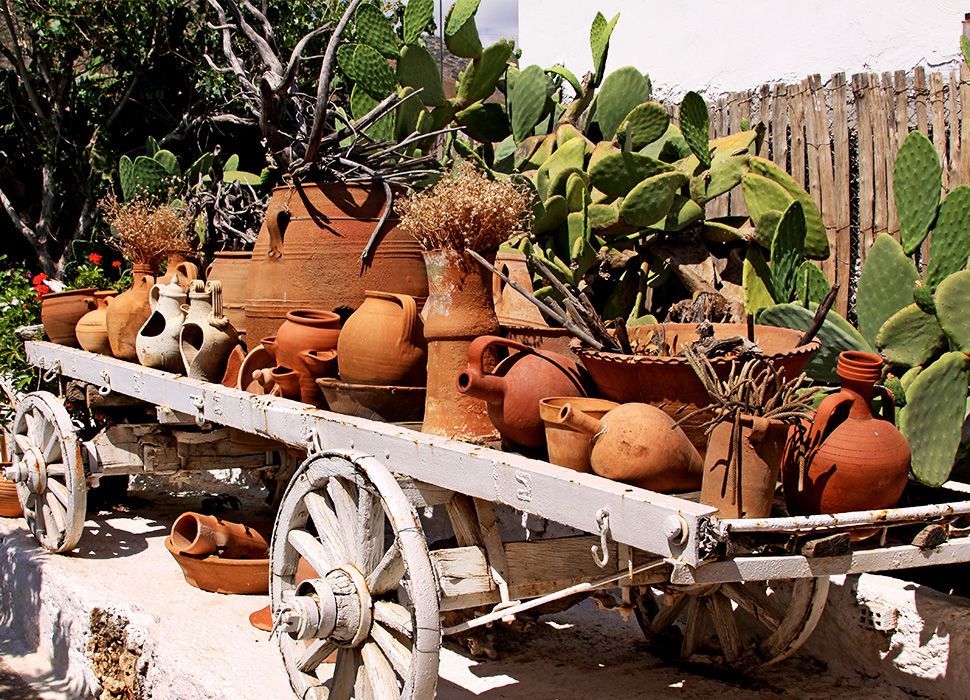 Local history buff and far-sighted ophthalmologist Yiorgos Markakis spent some 30 years patiently hoarding artefacts and curiosities relating to Cretan heritage before opening up his engrossing collection to the general public. Presenting a colourful, tactile overview of life on the island – everything from pre-industrial tools to folk songs,  costumes and indigenous foliage – the open-air museum tells a story without ever being dry or dull. Special mention to the ancient windmill, fragrant herbarium and (obvs) the traditional wine press. 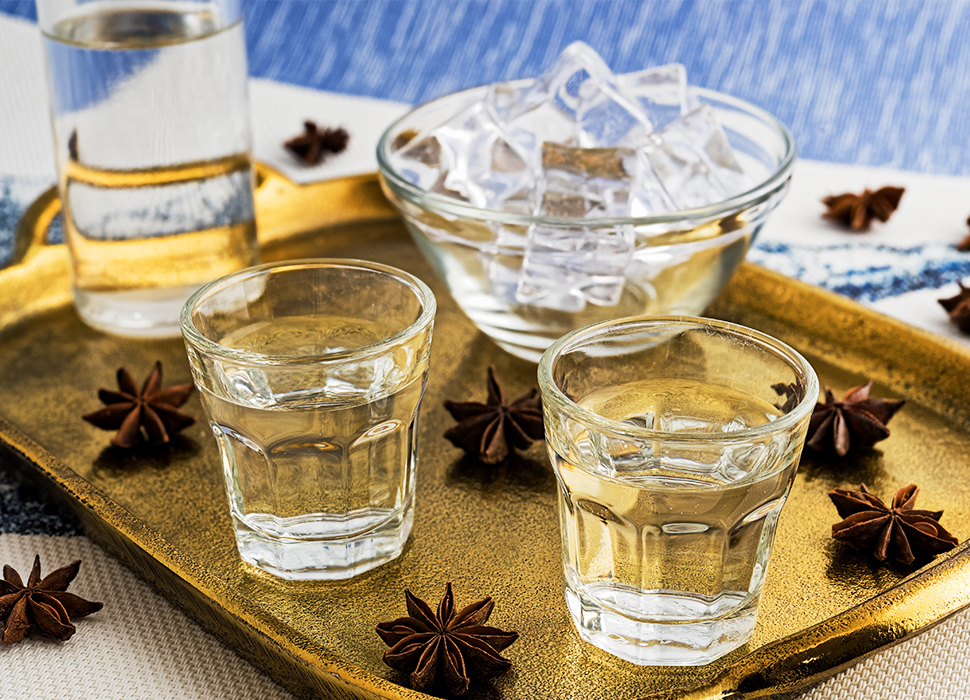 Way back in the heady history of Cretan winemaking, some anonymous genius realised you could take pomace – the waste remnants of already-pressed grapes – and ferment and distil it into a potent spirit now commonly know at raki. Conventionally, raki was taken as an after-dinner digestif, usually brought out unbidden with the bill, but groovy young islanders have lately been alchemising it into cocktails. Swing by hip exposed-brick hangout Stone Project and sink a head-turning Mediterranean Manhattan, whipped up with local raki, a slug of vermouth and orange bitters. Hey, it’s tradition.