The 7 best gyros in Athens

Not to be confused with souvlaki, the Grecian staple of gyros is as immediately delicious as Athenian street food comes. These are the best

Gyros – pronounced yee-roe, not guy-ross, FYI – are those scrumptious hand-held wraps stuffed with hunks of chicken or pork expertly sliced off a vertical rotisserie. Not to be confused with souvlaki – that’s made with marinated meat cooked on a skewer – gyros typically come in a warm pitta bread alongside simple salad and tzatziki. Everybody in Athens has their favourite – here’s our pick of the Greek capital's most legendary examples.

World-beating cocktails? Awesome archaeology? Marvellous markets? These are the best things to do in Athens.

And when you've worked up a perishing appetite, you'll want to grab a seat at one of the best restaurants in Athens. 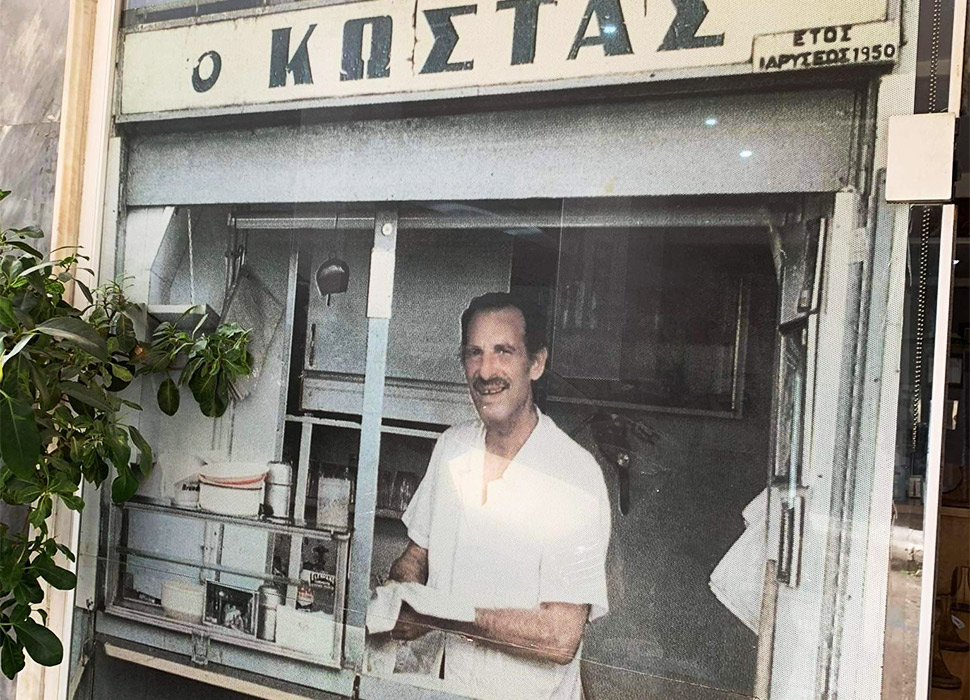 O Kostas has been doling out hot, meaty drunk snacks for nearly 70 years now, and is currently under the management of the founder’s grandson – he’s also called Kostas, helpfully. Foregoing the easy win of overpowering tzatziki, the vibe here is ‘keep it simple’ with great quality meat, nice thick pitta, maybe a dab of yoghurt and a sprinkle of parsley. Get there early – by 3pm he’s typically sold out.

The pork wrap with onion, tzatziki and fresh potatoes is the stuff of legend at this smart, contemporary spot famous for nifty service and astonishingly keen pricing. The chicken skewer – slathered in the joint’s very own tylixto sauce – is also well worth a look, with feta-sprinkled fries on the side. Quick and easy summer bites, done right. 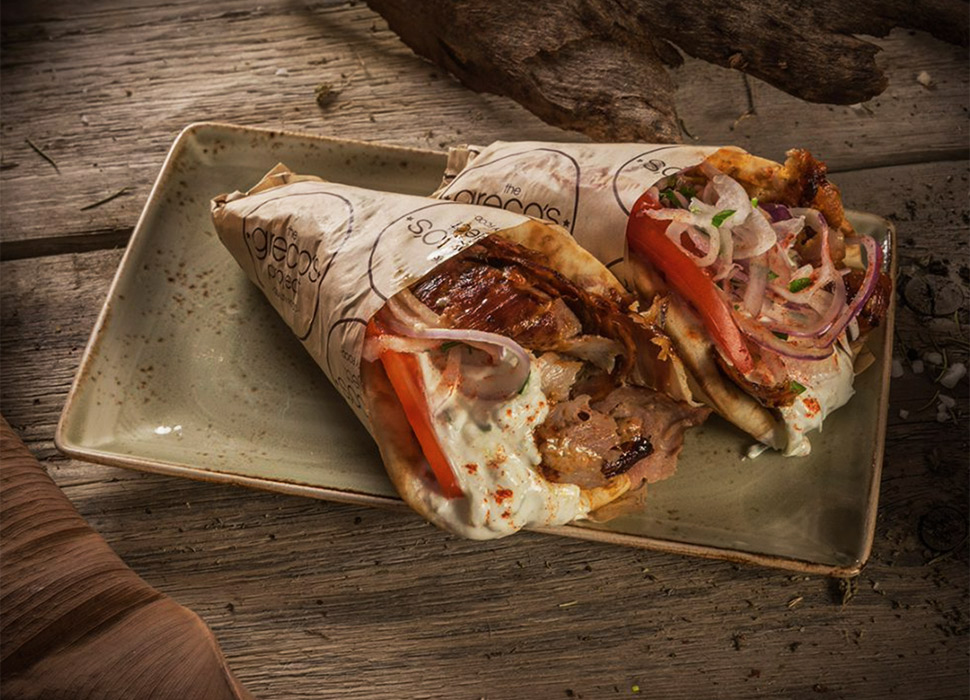 A double serving of Greco's

Now a thriving chain with three locations in the city – this Syntagma one, plus Monastiraki and Ermou – The Greco’s Project does a slightly more upmarket take on the classic gyros, served in well-lit modern spaces on covetable tableware. For best results, keep it classic with a chicken gyros in warm pitta, with lettuce, tomato and Greco’s own house special sauce. Quite simply as good as it gets.

Set in a handsome mansion on Ermou street, just a few metres away from Monastiraki square, you could go down the grab-and-go street food route at Savvas. Or you could ask for a seat on the roof terrace, and tuck into a solid Turkish-inspired gyro with chips and a nice cold Greek beer – or an ouzo, you’re on holiday after all – with bonus knockout views over the Acropolis and Parthenon.

You might be forgiven for thinking gyros are a meat-only deal, but nope. It’s the twenty-first century now, and Cookoomela Grill does a range of vegan wraps using plant based meat alternatives – lentils and mushrooms for the most. The sauces are what you really like, and Cookoomela (this branch, and another at Themistokleous 43) has them down pat, especially the sweet, sugar-free BBQ number.

Make the most of the prime people-watching on offer on the outside terrace of this bustling restaurant just off Plateia Monastirakiou. It’s so cheap you may as well go for the full platter, even if you can’t finish it by yourself. Plump pitta, moist and impeccably-seasoned chicken, sweet roasted red peppers, simple salad and salty chips. They’ve been open since 1964, and it’s not hard to see why.

Cannily situated for the peckish sightseeing crowd pouring into and out of Thissio metro station, this sunny spot reflects all the best clichés about Greek hospitality. Portions are gigantic, with ludicrous mountains of chips and rich tzatziki to offset the pork, and the gyros are hearty and filling. Staff seem genuinely pleased to see you, and you’ll probably get chatting with the next table, stunned at the price. Great gyros for not many €€€.