Despite the heat, the dentist bills and the lack of any proper ice rink, Greece’s hockey players are as eager as ever

It's Friday night in Athens and someone's just lost a tooth. It’s not what you think: this is a common – albeit regrettable – hazard of playing ice hockey. In a sunny city better known for its classical monuments atop dramatic hilltops, you wouldn’t expect locals to be kicking off their weekend in a subzero tent out of town, wearing heavy body armour and trying to dodge a direct puck hit to the face. Still, this is a sport with an unlikely but dedicated band of followers in the Greek capital. (Saving grace: at least it wasn’t a front tooth.)

I’m sitting rinkside to watch the latest duel between Athens’ two established teams, Iptameni and Albatros. Like in some ancient myth, the two forces are destined to fight each in an endless battle for supremacy, squaring off each and every week on a lonely temporary rink beside a suburban shopping mall. The roots of this game go back decades and the familiar greetings as players arrive suggest it’s a social gathering as much as a sporting one. 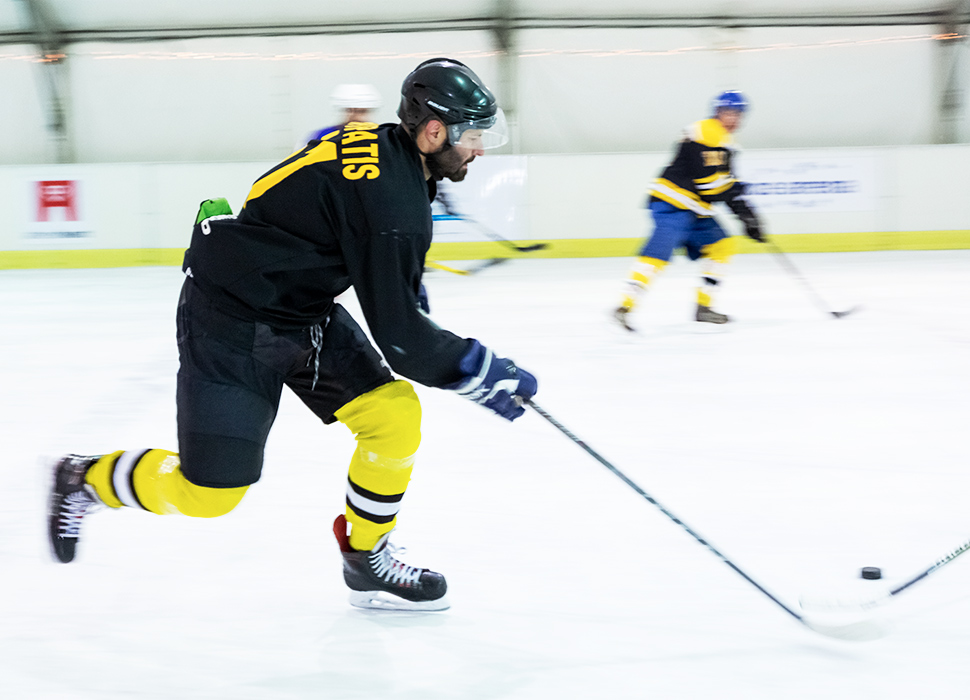 “You really need to love it to carry on,” says Iason Pachos, the longest-serving Iptameni player. The 30-something forward is also a key figure in the Greek national setup and honed his skills training in the Czech Republic during the five years – 2003 to 2008 – when there simply wasn’t a rink anywhere in Greece. During the day he runs a chic clothes shop in the city centre.

When, in 2008, Iason’s beloved national team qualified for the World Championships, the success was short-lived. Since 2013, the International Ice Hockey Federation has prevented Greece from competing globally, due to there not being a recognised ice rink in the country – the tent that we’re in doesn’t count. In a one-off game against a Belgian team the previous week, the visiting players had something of a culture shock. “They asked for the toilet,” Iason tells me. “I said: ‘Do you see that tree over there?’” 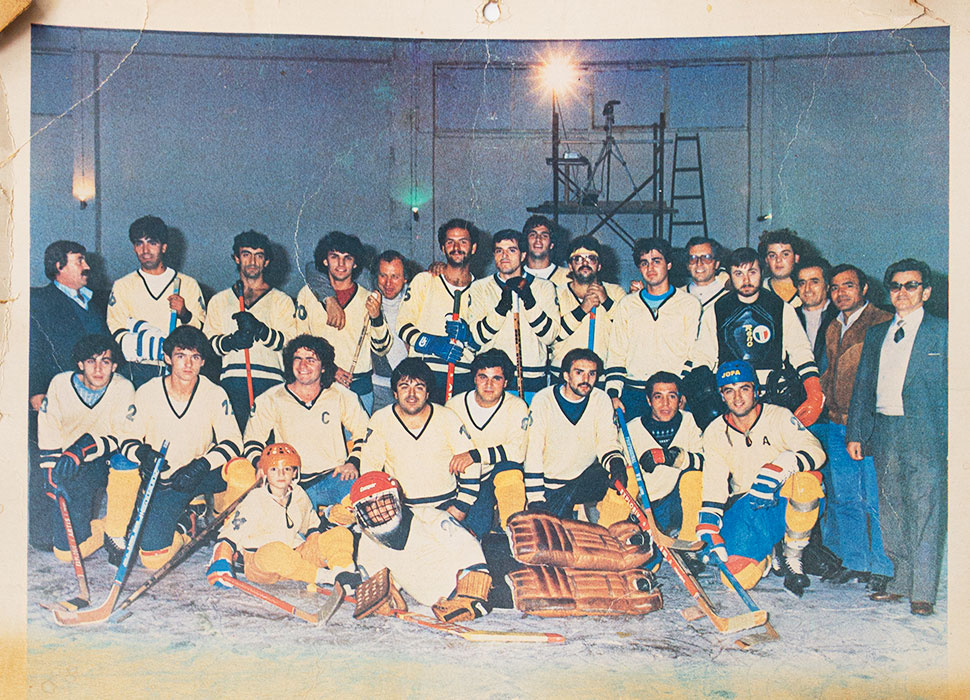 What these players are missing in facilities, they make up for in enthusiasm / Image: Manos Chatzikonstantis

Still, the Athenian players have plenty of plucky, pucky enthusiasm. These Friday night games have continued for eight years, and Iptameni and Albatros both count among their helmeted numbers several stalwarts of the city’s decades-old skating scene – men who’ve been playing since Greece’s first flat piece of ice opened in 1981. At that time, the rink was installed in an old theatre in an unconventional set-up that resembled a boxing ring, with the raised platform making errant pucks a serious hazard for any spectators, never mind the players.

The weekly games of the present are safer to watch now, at least, and anyone can go along (as well as being thoroughly entertaining, they’re a respite from the often-punishing Athens heat). For Themis Lambridis, a self-employed filmmaker and long-time player, they offer a constant in his life. “Being freelance, it’s really the only routine that I have,” he says. “It’s really nice just to go through the motions. Every Friday, same thing.” 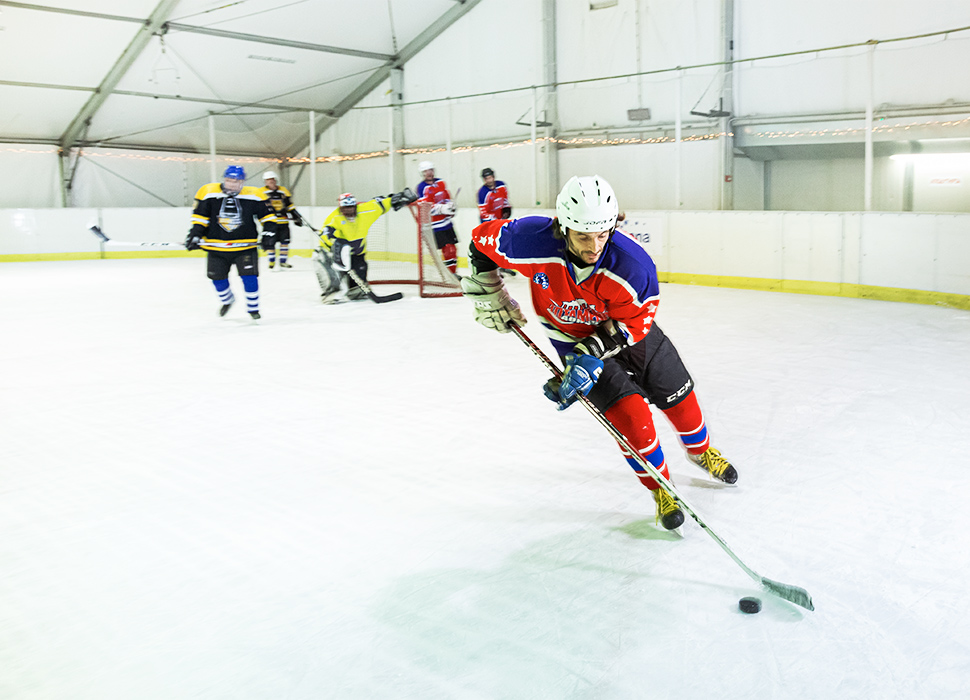 These pucky players are sticking it to the Athens heat / Image: Manos Chatzikonstantis

I can see that for these gliding Greek outsiders, the sport has a dual appeal: it’s something beyond the ordinary, but it also chimes with the national temperament: hot-blooded and direct. Christos Sakkas, a computer scientist who’s a recent addition, has fast become a devotee. “It has everything,” he says. “It’s fast, the teamwork, the skill with the stick.”

Marios Libertos, who’s in his 50s, recalls how fights would break out in the early days. There’s nothing but camaraderie on display here, but he sees the same fiery spirit in the new generation of players that he teaches. “They like the wild, road-rage feeling of hockey,” he says. And what’s a few missing teeth among friends?

Take coffee with a view in Athens