The best things to do in Athens

Athens isn't all Ancient Greek, y'know. The city is also home to wicked souvlaki kebabs, amazing art, bustling markets and some of the world's most marvellous mixology

1. See history in proportion at the Parthenon 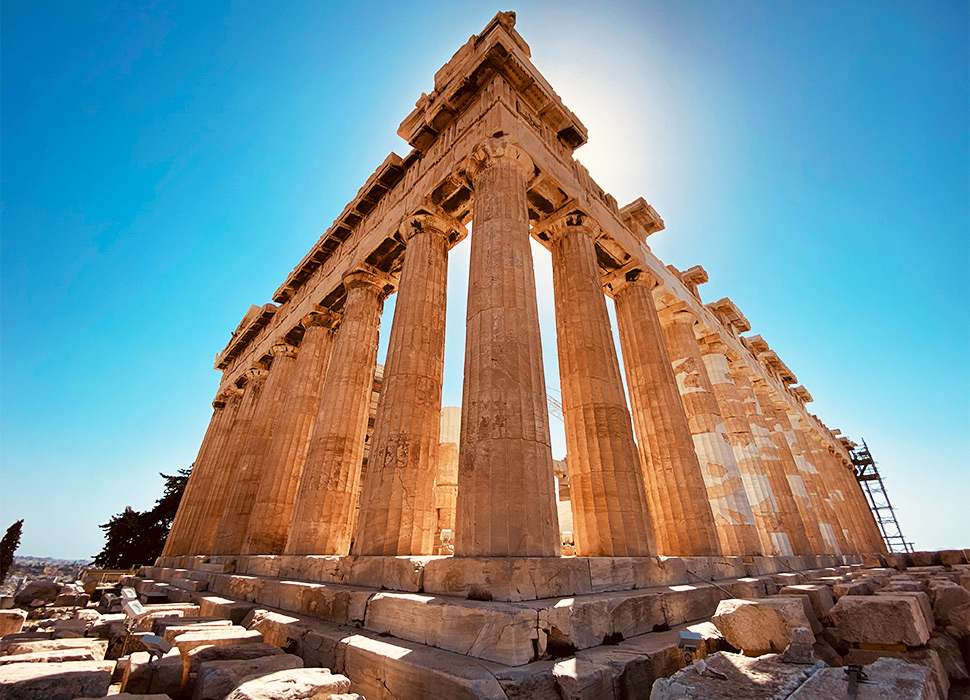 Classical Greek civilisation's pre-eminent architectural masterpiece, the Parthenon is something special to behold in person. You might think it’s a model of right-angled, rectilinear perfection, but this temple to Athena – the building of which began around 447 BCE – is actually packed with crafty optical illusions. Take the columns, for instance, each carved with a barely perceptible bulge around their middle, to counteract the human eye's tendency to narrow slender shapes. That masonry technique is known as ‘entasis’, by the way – feel free to impress any good-looking fellow travellers with that nugget.

Should you want more pearls of ancient wisdom, visit the new Acropolis museum for a guided tour with Be A Greek. Our tour guide, Dimitri, explained the ancient site and its history in fascinating detail. Also, marvel on the original Caryatids of Delphi, the stone maidens from atop the hill, which supported the roof of one of the buildings of the acropolis.

The Acropolis
odysseus.culture.gr
General entry €20 in high season; €10 in low 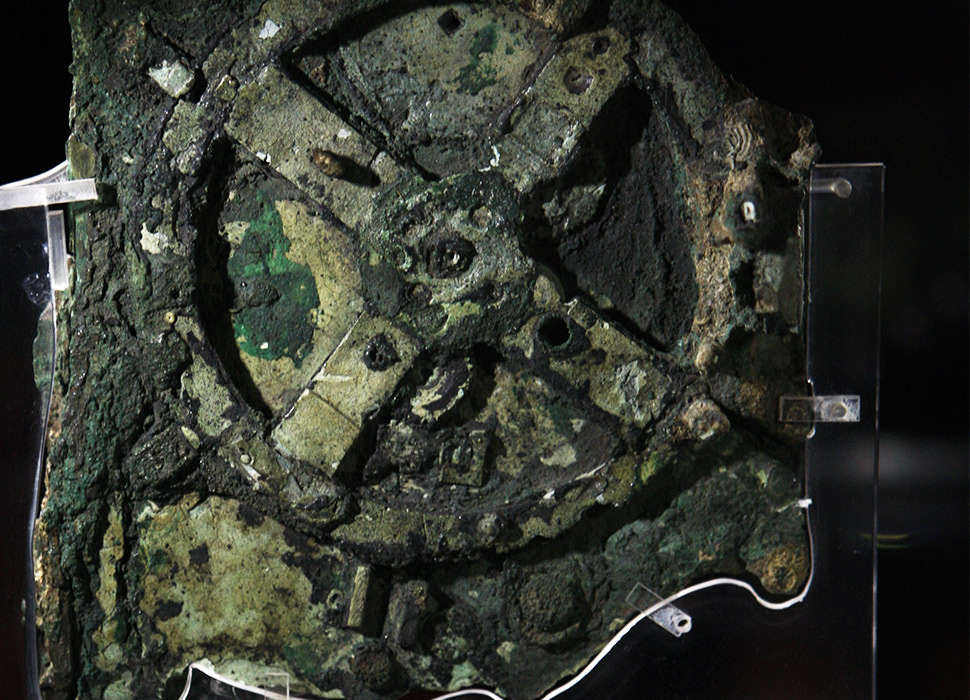 It's the MacBook Air of the pre-Christian era / Image: Shutterstock

Believe it or not the world’s oldest computer isn’t the one your dad uses to ‘surf the web’. It’s actually 2,200 years old, and was discovered in an ancient shipwreck a century ago off the coast of an island called Atikythera. It’s essentially a clockwork navigation aid, or possibly stargazing tool, and by far the most sophisticated piece of surviving pre-Christian tech. Marvel at its compact size in the National Archaeological Museum but, full disclosure, it’s not actually operational anymore. Maybe if they just turned it off and on again?

3. Paint the town red in Psiri 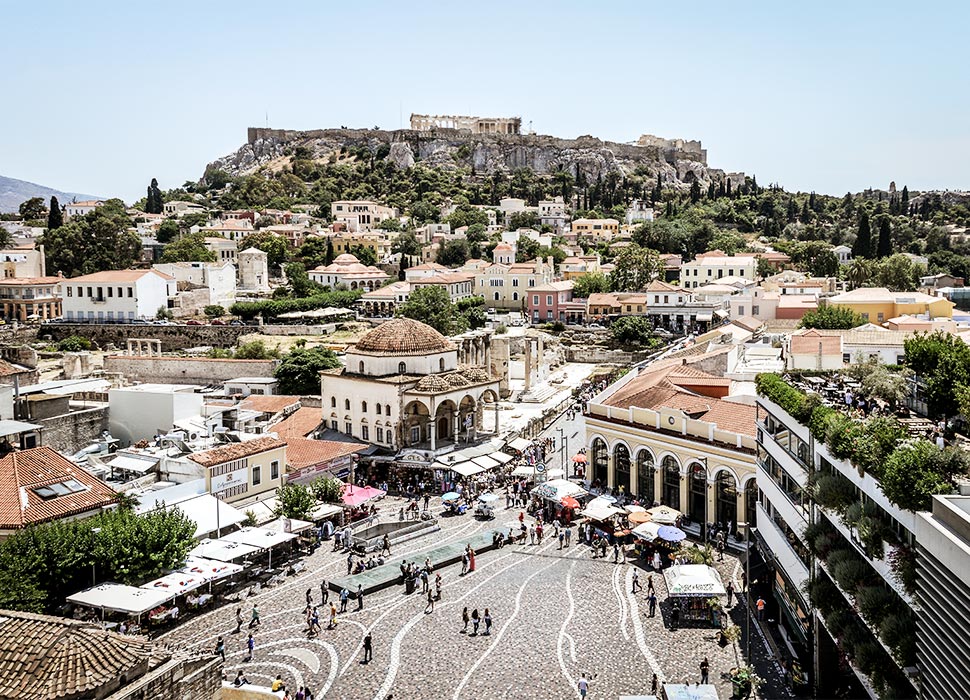 Once grimy, Psiri is now one of Athens' most up-and-coming 'hoods / Image: Getty Images

Until a couple of decades ago, this relatively down-at-heel quarter just behind Monastiraki Square was lawless and a longtime haunt for ruffians and brigands – folks like the 19th century ‘Koutsavakides’, spiv-like rogues who stomped about in pointy boots and intimidatingly long moustaches. No less a rake than Lord Byron put it about around here in his day, but since the 1990s it’s been gussied up and is now a swell place to grab some drinks. Try Greek microbrews at Beer Time (at 1 Pl. Iroon), or grab a bite and a snifter at Ivis (at 19 Navarchou Apostoli), home to dozens of assorted ouzos. It’s all just the right level of boho. 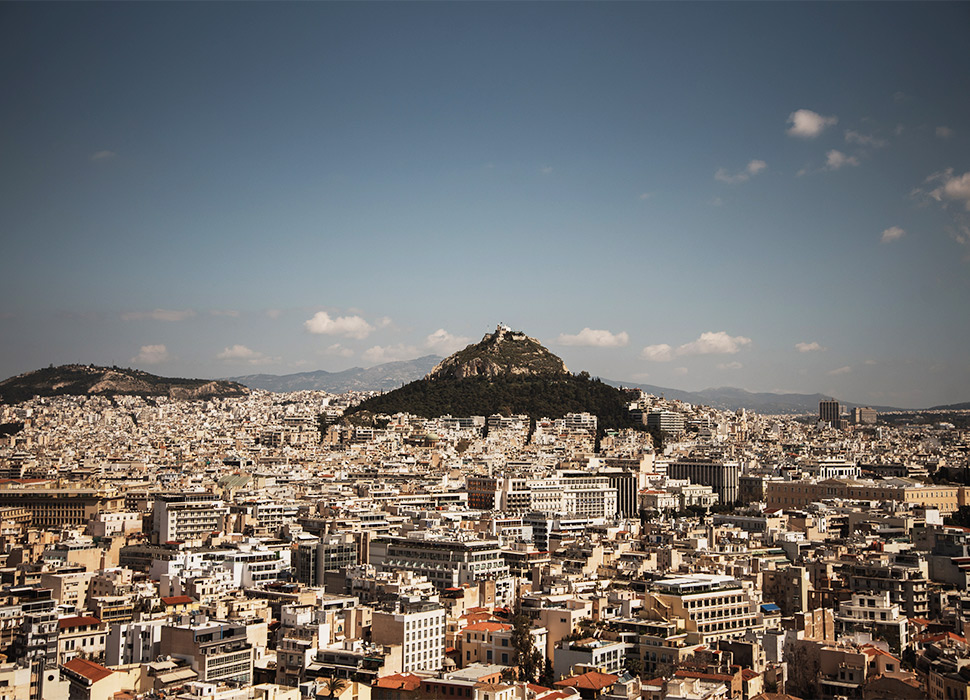 The name pretty roughly translates as ‘the hill of wolves’, but don’t worry – the resident wild canines who stalked Lycabettus Hill in antiquity have long since packed up and left. At 277 metres tall it’s the highest peak in Athens proper, and well worth the punishing hike up a winding path to the summit café and pretty whitewashed church of Agios Georgios. There’s a funicular (€7) instead if you don’t fancy the climb, albeit running through a dark tunnel – still a lifesaver if you’re lumbered with howling kids.

5. Unearth some modern classics at the EMST 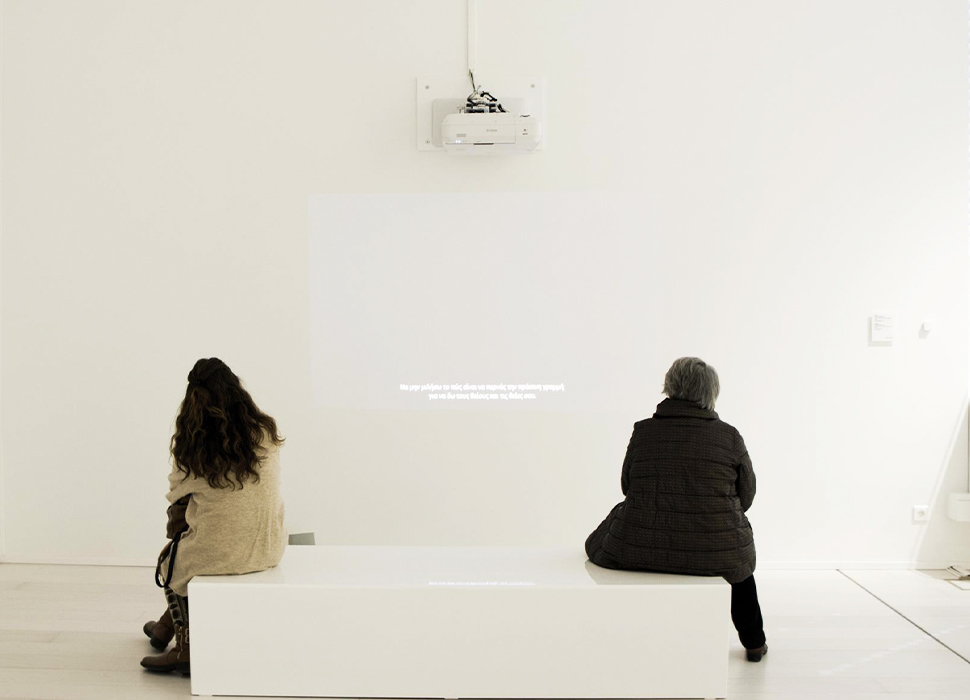 Athens’ chic answer to MOMA or the Tate Modern is the National Museum of Contemporary Art (or EMST) and, delightfully, it’s housed in a former brewery. In a city more famous for its antique treasures, it’s eye-opening to explore latter-day work by local talents like Rena Papaspyrou and Nikos Kessanlis, and the bold curators certainly aren’t afraid to tackle the big political issues – not least the immigration crisis – with unflinching candour. Swing by for a sneak preview of the what the future Greek Classics of tomorrow will be.

6. Meat the locals at Varvakios Agora 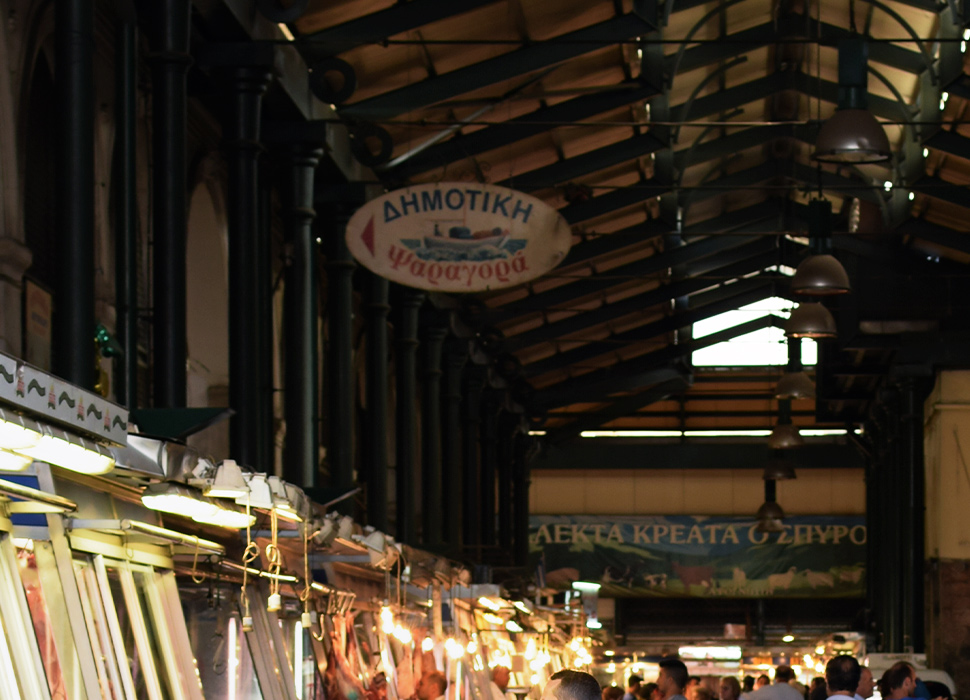 Marinade yourself in local gastronomic culture with an unforgettable amble around bustling, wrought-iron Varvakios Agora marketplace. Dedicated overwhelmingly to meat and fish, the racks upon racks of fresh lamb carcasses are a bracing culinary spectacle. It’s noisy and buzzy and the air is thick with banter and good-natured trading, and there are few good tavernas doling out warming bowls of spicy patsas (tripe soup). Not one for the veggies then, but an epicurean no-brainer for the rest.

7. Get pumped at the Stavros Niarchos Foundation Cultural Centre 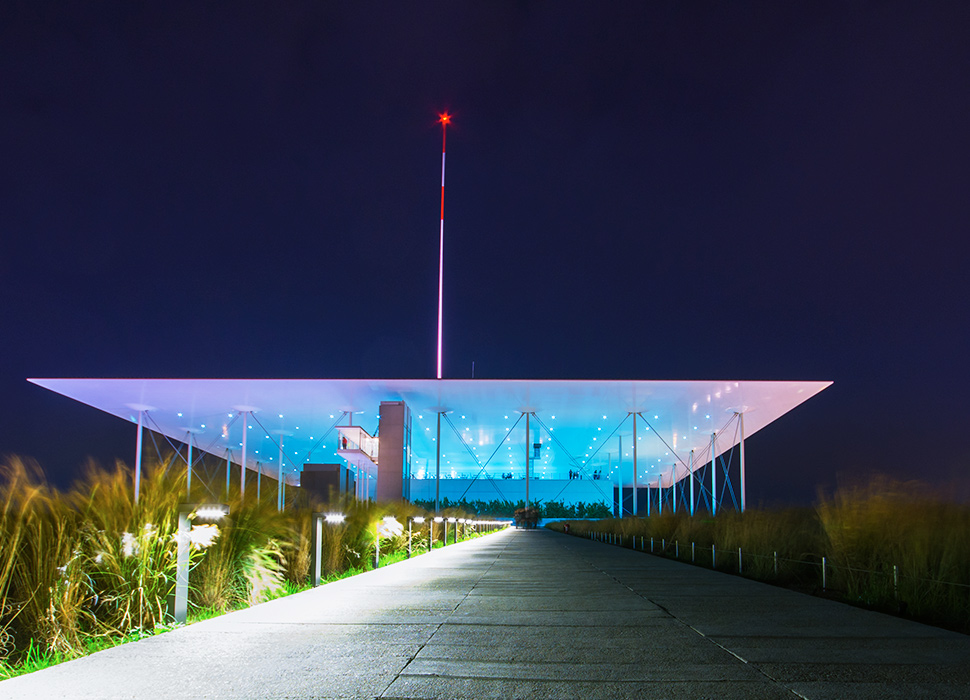 Fuel up on culture at this tycoon-funded arts centre / Image: Getty Images

Stavros Niarchos was the quintessential 20th century Greek shipping tycoon, earning billions from his fleet of petrochemical supertankers. Some of his vast fortune has happily been funneled into a brand new public space in Athens aimed at promoting health, happiness and the arts. His eponymous centre now comprises an eco-friendly Renzo Piano-designed complex surrounded by the largest green space in Athens, athletics facilities and a kids playground, not to mention cafés, a theatre, an opera house and the new Greek national library. Talk about oil refinery.

8. Mix with the best at the Clumsies 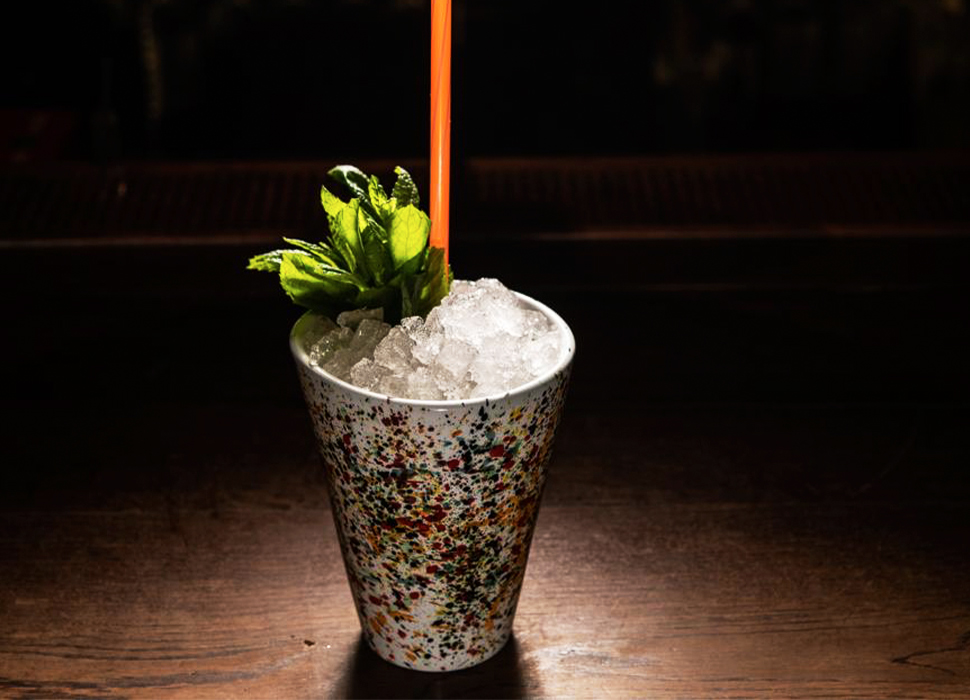 Legendary Greek mixology maestros Vasilis Kyritsis and Nikos Bakoulis have set up not only the best cocktail bar in Greece, but arguably one of the best in the entire world. In a comfy but oh-so-very-chic townhouse, done out in tastefully expensive fabrics with knockout lighting, The Clumsies is all about effervescent, hospitable vibes. The drinks, as you'd hope, are astounding: think martinis made with grape vodka, sauternes and parmesan brine; or heady concoctions of camomile, gin, truffle and milk water. The kitchen isn’t too shabby either, with chef Athinagoras Kostakos overseeing the colourful Asian-fusion small plates. Drink it in – it’s a mighty smooth joint. 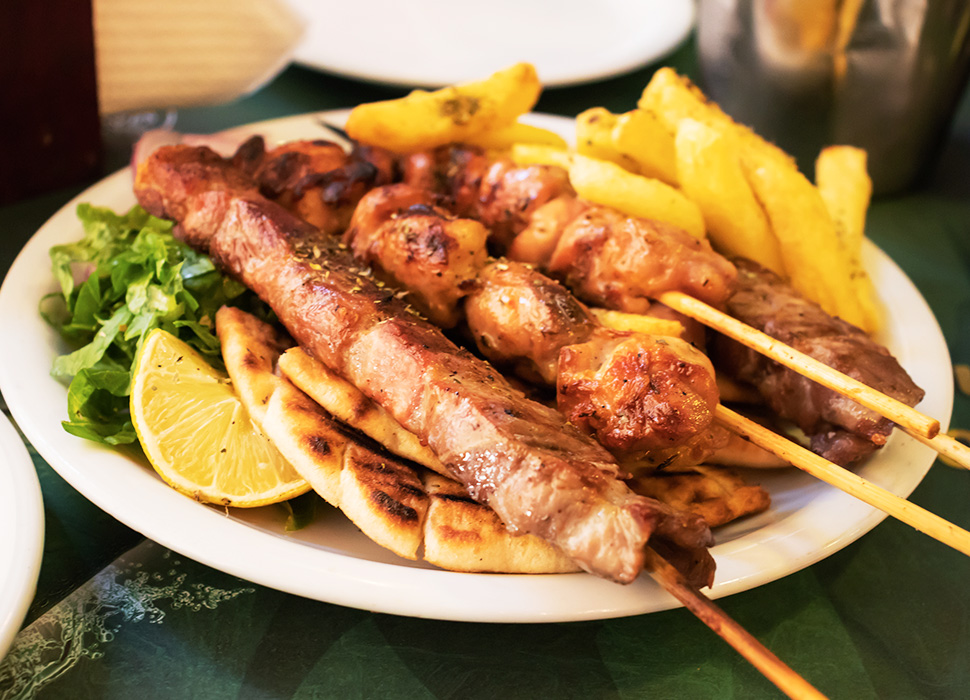 Meat on a stick = the finest booze-food in town / Image: Getty Images

The classic Greek drunk food – juicy chunks of grilled meat on a skewer, usually wrapped in a pitta – is ubiquitous in Athens. Pro-tip: around these parts they sometimes call it kalamaki, for instance at Kalamaki Bar (at 15 Drakou), just a short hop from the Acroplis and where they dole out great heaped platefuls of salad with their meat. The kitchen is so diligent they even marinate the skewers themselves. Feeling like something a tad more Insta-friendly? Piatsa Kalamaki Panormou (at 33 Larissis, next to the Panormou Metro station) does a groovy modern take in swish surroundings.

10. Catch a flick at Cine Paris

Back in the early 1920s, an enterprising Greek barber started showing movies on his rooftop, inspired by the time he spent living in Belle Époque Paris. A century later his picture house is still going strong. Park yourself among the foliage on this rooftop above the lush Plaka district, or splash out on a private balcony if you’re feeling flush, grab a drink and a pizza from the bar, and let the magic of celluloid transport you. You can even see the Acropolis from here, and the ground floor sells awesome old movie posters for the ultimate stylish souvenir.

11. Sample the best in Greek wine

In a little Plaka back street is Finewine Athens. Run by local wine expert, Sofia Sousouni, a tasting session will take you on a journey across Greece's fruitful lands, sampling wines from the breadth of the country and enjoying grape varieties such as Assyrtiko, Agiorgitiko and Vinsanto. Paired with local cheeses and meats, it's a great way to cap off a day's sightseeing. Wine also available by the glass.

Dive for ancient wine at this new Greek undersea museum