Dancing the night away in the garden of Villa Flora

Don't fancy getting down in a sweaty nightclub? Here's where to strut your stuff in the open air

Dancing the night away in the garden of Villa Flora

It might look like a burger joint at first sight, but as the sun begins to go down over this club-slash-bar-slash-restaurant, everybody gets up to dance in the courtyard. If mainstream hip hop, R&B and floor-filling bangers are your jam, you'll love it here. 'Never stand still' is the bar's slogan – you definitely won't.

The Hofgarten is a haven of (relative) peace and greenery in the centre of this busy city, and its Dianatempel is a curious stone gazebo with a storied history – built in the 17th century, it's crowned by an even older bronze statue and contains intricate original floor mosaics. Bringing it into the 21st century, salsa and breakdance crews meet to train or practise with anybody around who is interested. 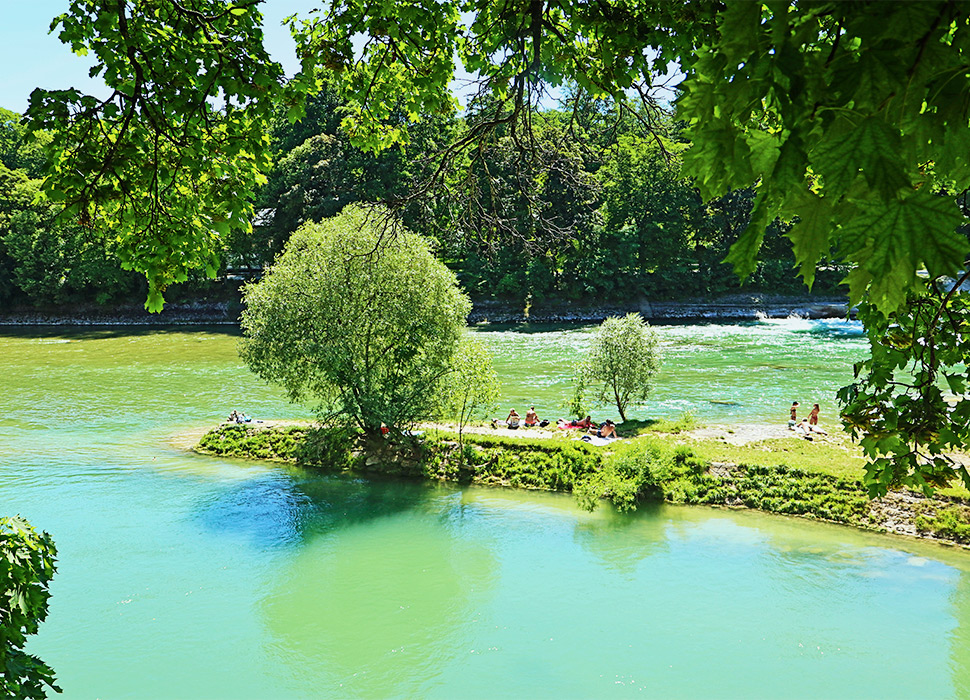 Praterinsel (or 'Prater Island') is one of two small islands in the Isar river. With the other known as 'Museum Island', this is definitely the one to hit up for a good time. Chill out and sunbathe by the water in the daytime, splash about in the manmade waterfalls beneath the bridge, then head to 'Nektar Beach' at night for electronic music (sometimes from famous DJs) to throw some shapes to.

This is not just an alfresco venue but a moving alfresco venue. People meet on weekend evenings at the kiosk near Wittelsbacherbrücke and start moving down the Isar river, dancing away. Even if you're not out with the intention of having a boogie, how can you resist joining in with a gaggle of gyrating revellers making their way along the riverside?

Villa Flora doesn't look like your typical nightclub, so when rocking up to this historic house you'd be forgiven for thinking you've got the wrong address. Don't be fooled by its swanky exterior, however – you can certainly have a raucous night out here. The space is beloved by Munich locals who come to dance their heart out through the atrium, building and lush garden every weekend.