The 7 best bratwurst in Munich

Nothing screams Bavaria like a beautiful grilled bratwurst – and the regional capital of Munich is full of stupendous sausage. Here are some of the finest

Lengthy, succulent and porky – often with a cheeky bit of veal or beef chopped in there too – the humble bratwurst sausage is a German national icon right up there with lederhosen and upmarket four-door saloons. Paired with a crisp glass of pilsner, it’s pretty much a must-eat on any Munich itinerary worth its salt, with a dab of mustard on the side. Here’s a bunch of our favourites.

God forbid you're sick of sausage, but hey – these are the other best post-beer bites in Munich.

And in case you want to work off all that 'wurst, these are the finest places for outdoor dancing in Munich. 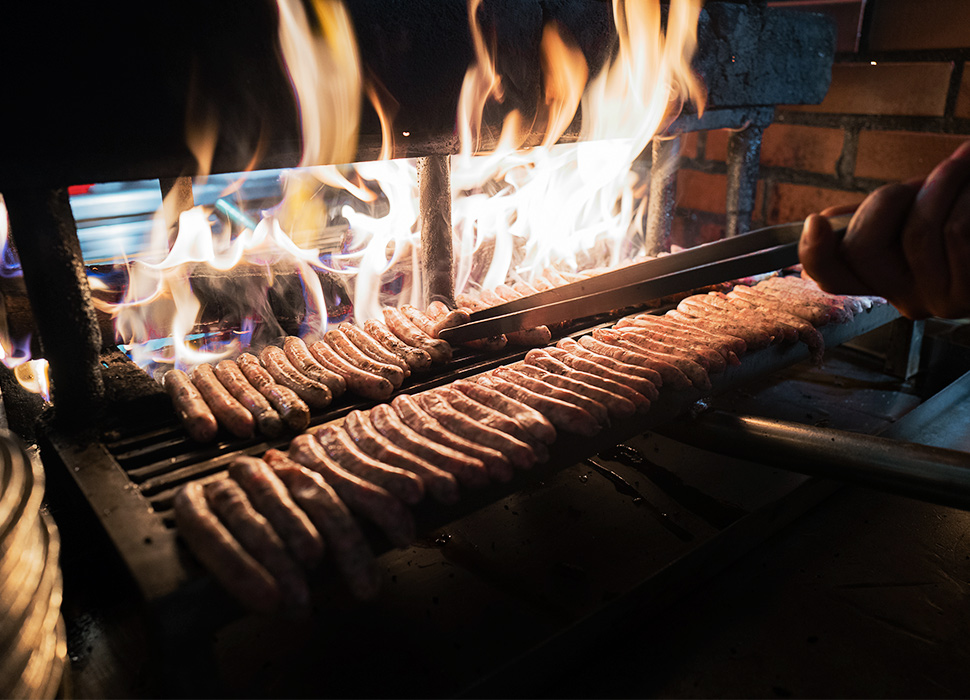 Some meat feels the heat at this venerable 'wurst joint

With meat sourced from the celebrated Schmid and Gassner butchers and grilled over a beechwood fire, this venerable spot just up from the cathedral is as Munich as it gets. Perch yourself inside the rustic-furnished interior, or out in the beer garden in summer, and savour a sausage over an Augustiner pilsner, rounded off with oven-fresh Munich Leberkäse – a kind of meat loaf – or sweet apple flan with cinnamon and vanilla ice-cream. A taste of the good life.

Tradition is the order of the day at this cozy wood-panelled pub by the main railway station. What does that mean? Fat steins of foamy pilsner poured from a massive barrel and lashings of salty Bavarian faves. ‘Bratwurst skillet’ is the real headliner – a brace of sausages cooked two ways with sauerkraut, mashed potatoes, fried bacon and toasted brown bread. It's ludicrously good. 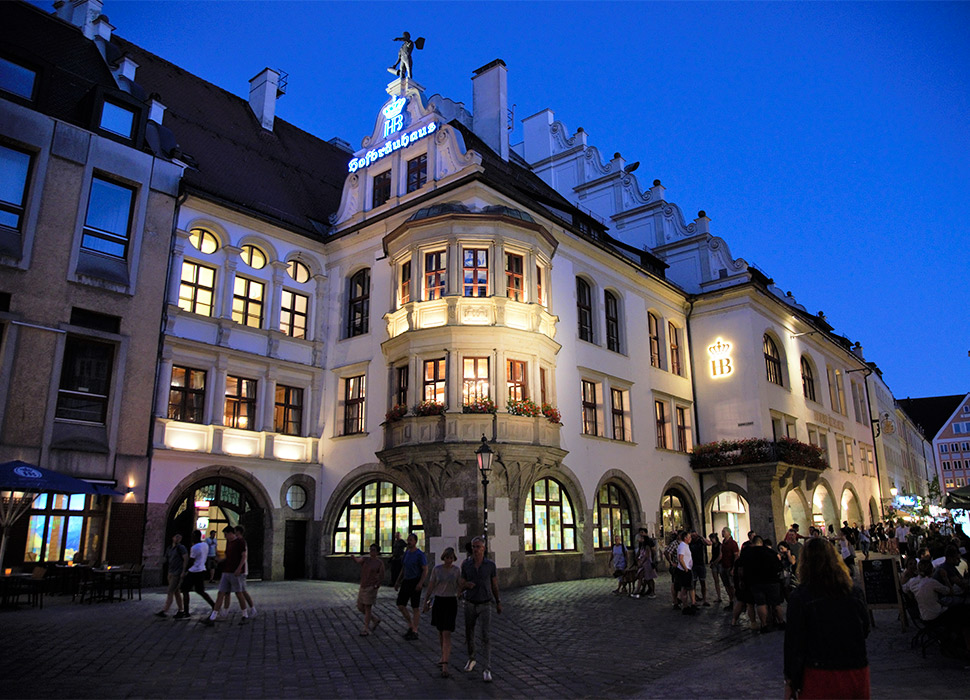 The 'most famous pub in the world' earns its rep

Originally opened in 1589 by Bavarian Duke Maximilian I, the ‘most famous pub in the world’ is all about tradition. Certain seats and tables, for instance, are jealously reserved for regulars, with at least one that’s been in the same hands for 70 years. Personal beer mugs – hundreds of them – are even painstakingly stashed in a bank-style safe. As you’re supping on your weissbier, why not go for the classic simple wurst with a tart side of sauerkraut? Rude not to, frankly.

This classic Bavarian beerhall echoes with the din of good natured chatter from its well-fed (and usually well-oiled) patrons. You’ll be peckish after a couple of brews – for best results loosen your belt a notch and plump for the über-traditional 'Bierkutscherpfanne' with crispy pork knuckle, and two thick sausages served alongside moist potato dumplings, rich dark beer gravy and cabbage salad. That’ll keep you going for a few more rounds. 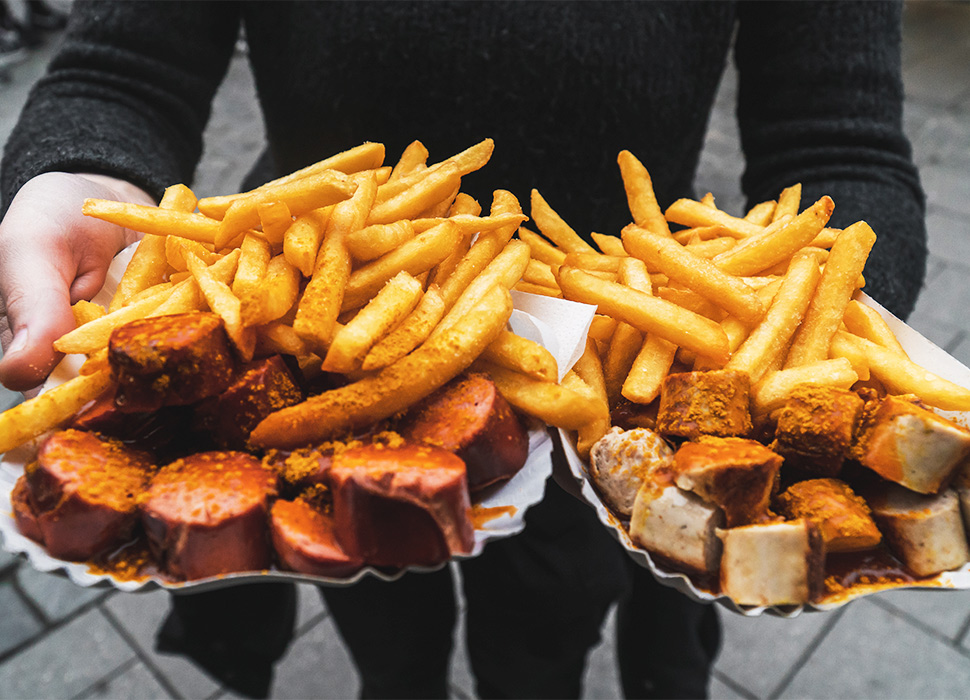 If you love food and you’re in Munich you should absolutely make time for a nose around the buzzy Viktualienmarkt. The oldest farmers' market in the city, with a history going back more than two centuries, features stands overflowing with fresh produce, fruit, veg, meat and beer. For a light snack the pretzels are top-notch, but if you've any more capacity it simply has to be the ‘Wurstbrot’, available at assorted stalls. Basically, it's a hot dog, but traditional, and goes lovely with a beer.

This brewhouse certainly isn’t shy of tradition, with it’s dirndl-clad staff, stag's heads on the walls and colossal steins of beer from their own family-run Aying brewery. But there’s also refreshing contemporary touches, like the to-die-for metro tiles lining the bar, fashionable pendant lighting and a menu of fish, line-caught from a lake up the road. Never mind all that, how’s the sausage? Plump and toothsome is how, with the thoughtful 21st-century addition of a gluten-free option. 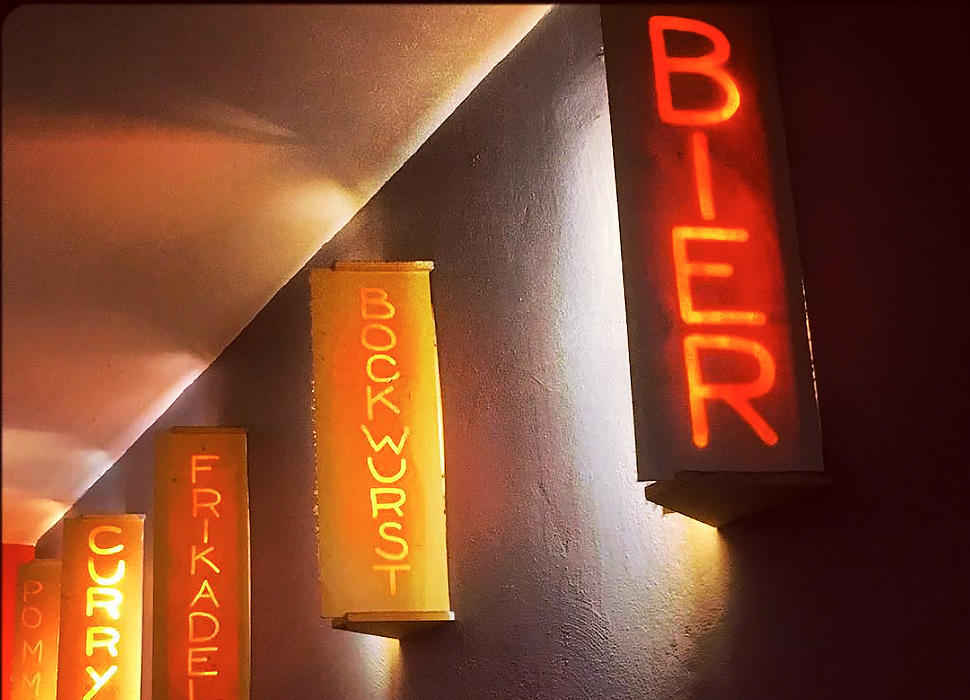 Bergwolf is a nocturnal currywurst classic

Beloved by late-night party animals, Gaststätte Bergwolf’s speciality is currywurst. Currywurst, since you ask, involves grilling a bratwurst sausage and serving it with chips, all slathered in an inspired blend of ketchup and curry sauce, usually with a dollop of mayo on the side. In a canny concession to modern palates, they serve vegan wurst aimed at the growing numbers of cruelty-free revellers, and even a ‘jogger's’ version (hold the mayo).