As Bavarian as sausages and powerful football teams, the dirndl is a symbol of the southern German state. But in Munich, this traditional dress is getting a 21st-century upgrade

In the weeks leading up to Oktoberfest, Lola Paltinger hasn’t got time to stop. She’s up at 4am and off to her sun-drenched showroom on a side street in Munich’s Old Town arts district. There, she spends the day designing dreamy, corseted confections known as dirndls. The first beer keg will be ceremonially tapped by the mayor, at exactly 12pm on 21 September in the Schottenhamel tent to declare the world’s biggest folk festival open. Meanwhile, the designer will be bolting from parades to charity events to fashion networking gatherings, doing her part to help this quintessential Bavarian pinafore dress, skirt and apron shake off its former reputation as the outdated ensemble of country folk. 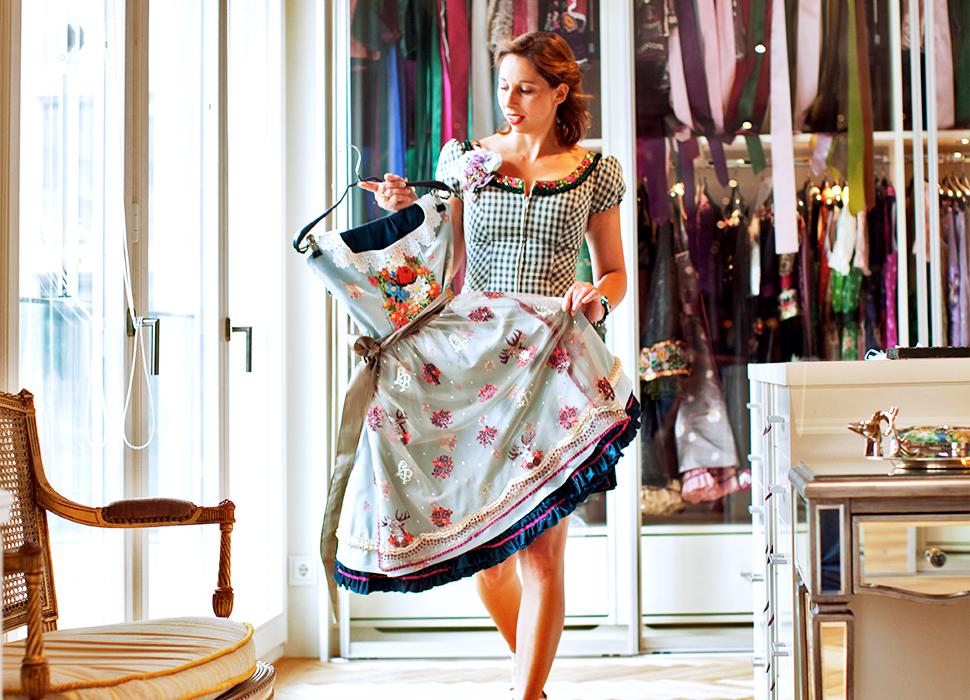 Lola's designs are a world away from your average kitschy get-up / Image: courtesy of Lola Paltinger

The modern renaissance of the dirndl (pronounced ‘deern-dl’) is in no small part thanks to Oktoberfest, which annually attracts more than six million visitors, including an increasingly cool crowd as a counterpoint to the Kaiser-moustachioed old herren. Along with the hectolitres of beer, hefty bratwurst and jolly oompah bands, the buzz around the annual autumn festivities has worked to stoke almost cult-level enthusiasm for the traditional costume. Plus, a burgeoning community of Munich-based couture designers are reclaiming the lacy, figure-fitting dirndl, as well as lederhosen – the male version of knee-length breeches made of leather – for the urban crowd. “It’s really in order to celebrate Oktoberfest all over the world,” says Paltinger. “Even people who didn’t grow up with the dirndl and those traditions have come to know it.”

That also translates into an appreciation for this centuries-old clobber which, like in Paltinger’s showroom, takes on a new life as pieces for people more suited to 21st-century high-street trends. Non-Germans make up some 30 per cent of her clientele. Paltinger, moreover, counts herself among the dirndl’s many ‘foreign’ enthusiasts, having grown up in the south-west German city of Mannheim, far from Bavarian traditions, and at a time when jeans and T-shirts, not dirndls, were more frequently seen at Oktoberfest. Today, though, the dress has jumped so deeply into the mainstream that it’s also worn at weddings, clubs and bars, as well as in the offices of international corporations or the city’s many techie startups. 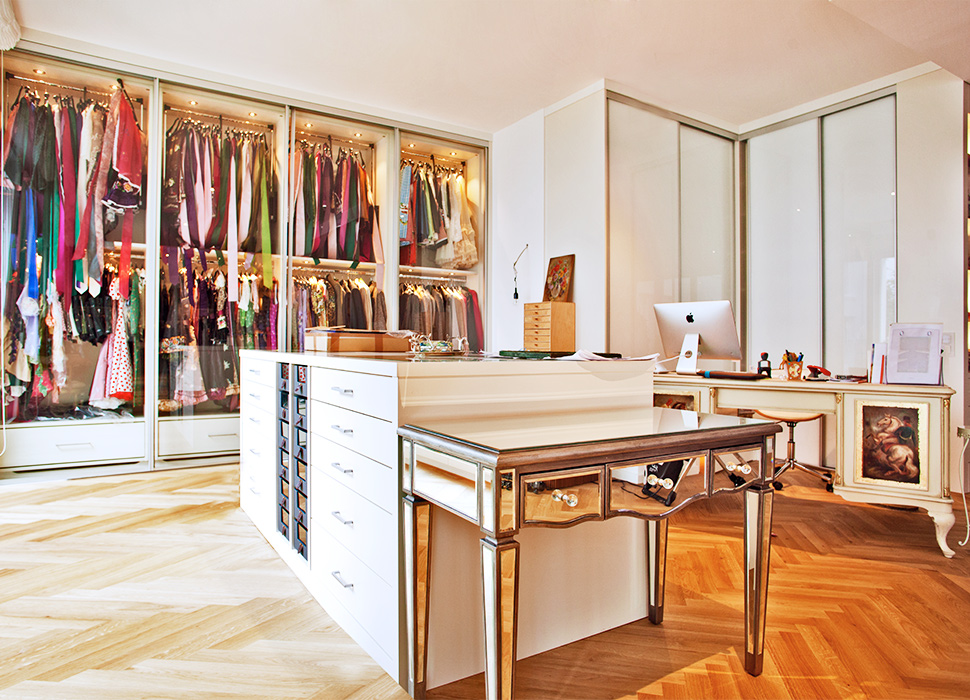 Not all beer-swilling revellers wear designer dirndls, though. In the run-up to the festivities, Munich’s touristy street stalls are flooded with plenty of kitschy, mass-produced, made-in-China get-ups, running at around €50. High-end designers say that there has also been a demand from shoppers searching for the real thing – including exclusive, custom-made pieces. Observers of the dirndl market say that demand has spiralled in both vintage and modern designer shops. The Munich-based Angermaier store offers 17 labels, including the ecofriendly Greenline, made from sustainably sourced cotton, and the streetwear brand Distorted People, which sells ‘pimped out’ men’s waistcoats. 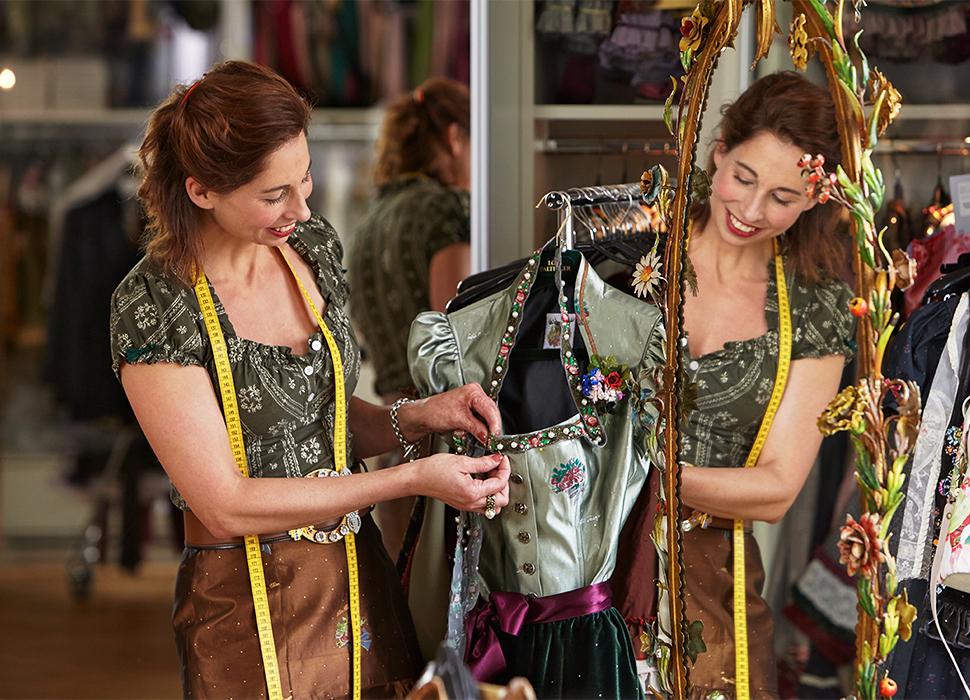 Lola gets to work on a piece / Image: courtesy of Lola Paltinger

Paltinger says exclusivity and price tag (anywhere from a few hundred to a few thousand euros for an outfit) have developed alongside celebrity endorsements. In 2006, Paris Hilton wore one of Paltinger’s golden dirndls during a press tour. Paltinger’s other clients include A-list social media stars like Kim Kardashian and Katy Perry, plus a slew of celebrities who have showed off the signature ‘Heidi goes Hollywood’ aesthetic to their audiences.

“The Oktoberfest and the dirndl, it’s all very Instagrammable,” says Simone Egger, a Bavarian cultural anthropologist from the University of Klagenfurt in Austria. Egger links the postmodern dirndl phenomenon to the rising popularity of heimat, a German concept which translates to ‘homeland’, but also connotes a pride and identity drawn from generations-old artisanship. “When we have media all over, Bavarian images are important,” she says, adding that the once folksy dirndl has in recent years come to symbolise Munich’s multicultural, open-minded, modern character. 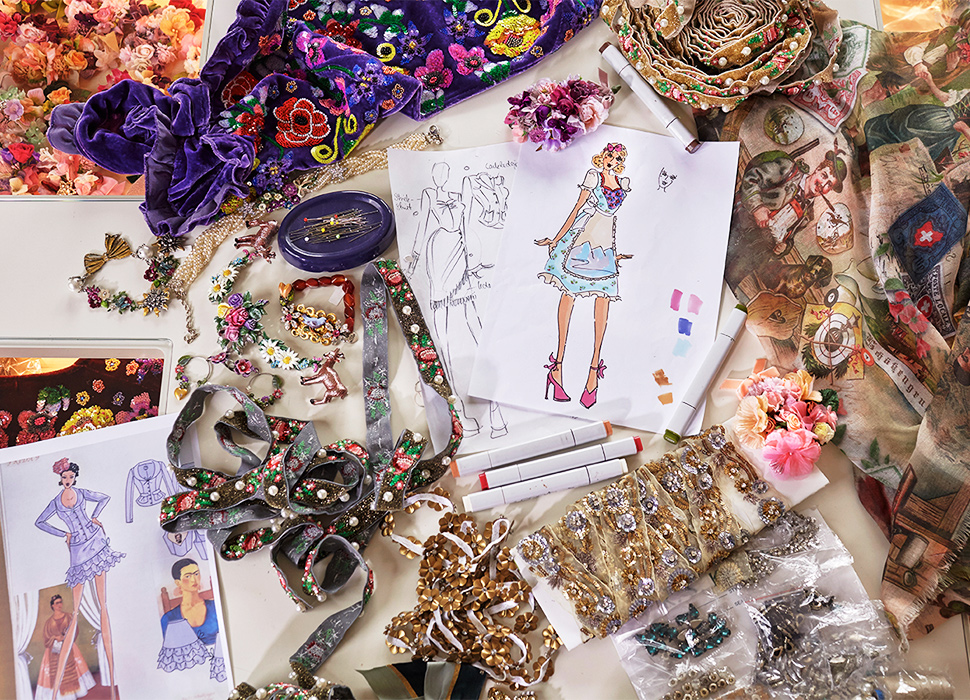 Dirndls are getting love all over the internet, but the garment dates back to the 19th century, when dirndl and lederhosen were worn by the Alpine peasant class. At the time, barmaids and domestic workers valued the sturdiness of the fabric, and added ribbons, floral inlays or even pieces of gold for harvest celebrations, weddings and other social gatherings. Women tied their apron belt to the right to mean ‘taken’, to the left to mean ‘single’, and in the middle to mean ‘virgin’ or ‘none of your business!’.

“The Oktoberfest and the dirndl, it’s all very Instagrammable"

Only around 1900, when Munich was undergoing rapid industrialisation, did the look get its urban makeover. The Wallach brothers, two German Jews from the Westphalia region who fondly remembered their summer costumes in the Alps opened a speciality shop that brought the look into city’s most elite salons. In the 1930s, the Nazi regime co-opted the look as part of the Aryan ideal and ultimately confiscated the brothers’ property, forcing them to flee. For a while afterwards, the proud wearing of dirndls remained somewhat taboo. 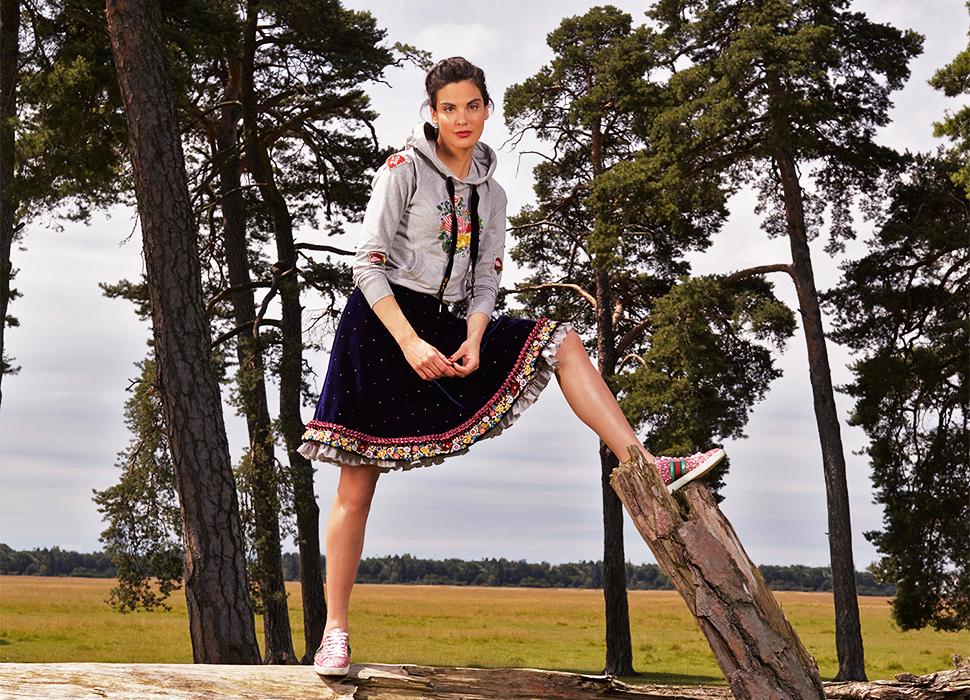 It took a few good decades before it made its urban debut again. In the 1990s, Paltinger opened a dirndl shop out of her living room, seeing potential for beautiful, expertly crafted pieces that could help her country’s desire to reconnect in a healthy way with its own loaded history. She believes that the dirndl’s timeless, feminine cut is a trend that’s here to stay.

“Even if the dirndls are very modern, all the work we do is by hand,” says Paltinger. “It’s like in former times, when people came to European cities and had a fashion show to see different styles. For many people today, finding the dirndl of their dreams is the big event.”