The best day trips from Munich

Munich sits in striking distance of some of Germany's prettiest landscape, coo-worthy castles and historic towns. Here are eight itineraries from the Bavarian capital 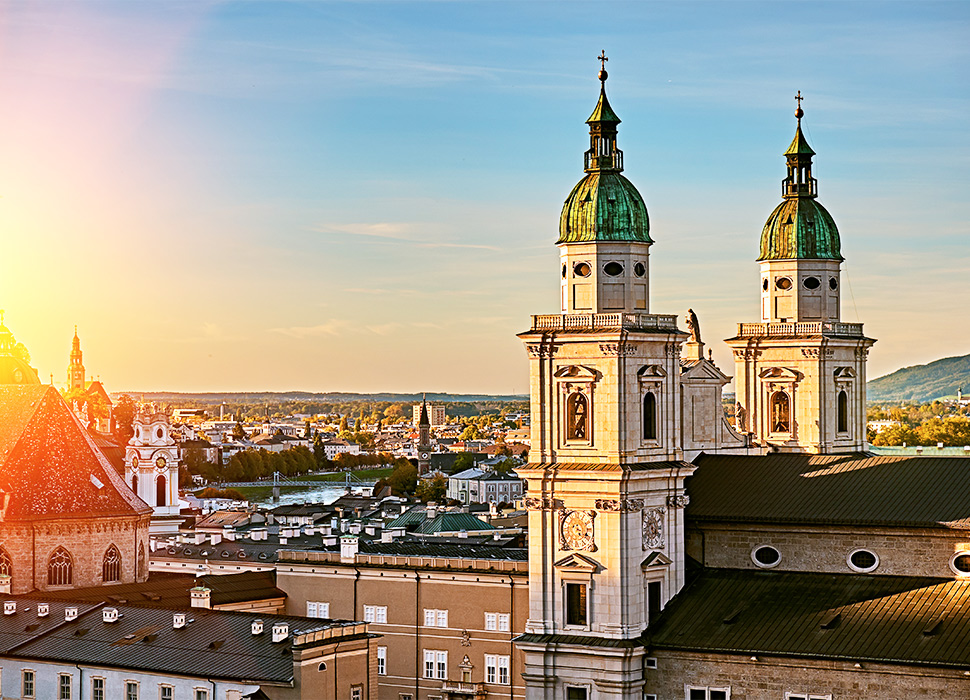 For an all-bases-covered day trip from Munich, Salzburg is pretty hard to beat. Sightseeing? Oh yes: there’s the huge Dom zu Salzburg (cathedral), the verdant Mirabellgarten and the epic hilltop fortress of Festung Hohensalzburg. Boutique shopping in the Altstadt (Old Town) is always a joy plus there’s a bunch of rustic-cool restaurants: the €9.90 set lunch at trendy Triangel is ridiculously good value. Plus, it’s not over-egging it to say that the 90-minute train ride from Munich is one of the most scenic in Europe. 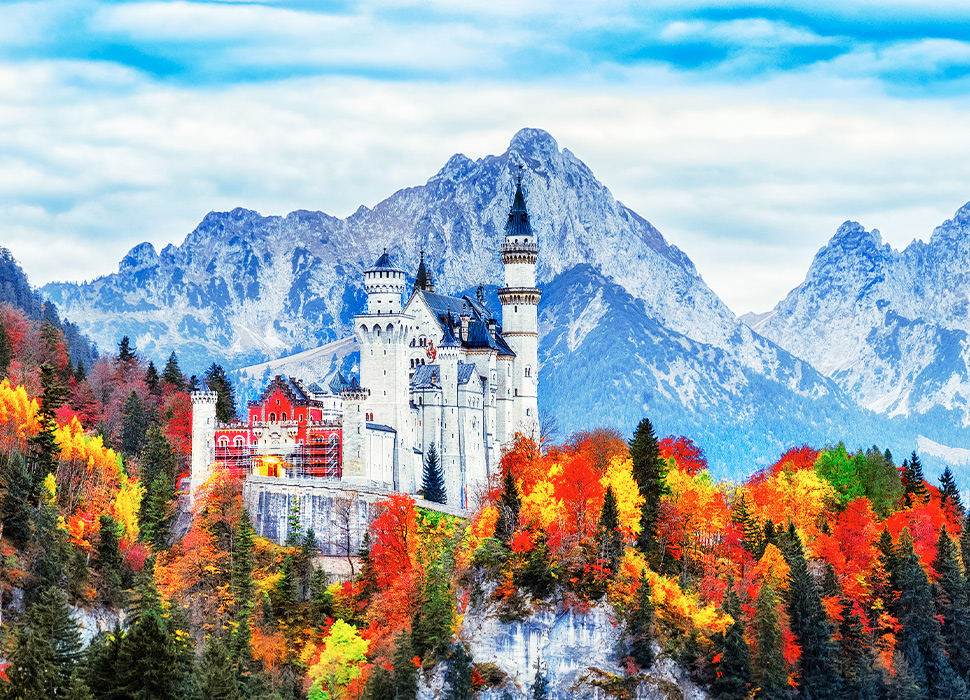 The barmy-big, Chitty Chitty Bang Bang castle built in the 19th century by Bavaria’s so-called 'Mad King Ludwig' above the village of Hohenschwangau has serious storybook vibes and is well worth the two-hour-plus schlep out of Munich. Take the tour to do the whole thing justice (€13, included in admission). Then end up at walking-distance brewpub Schlossbrauhaus Schwangau and raise a toast to Wagner, whose musical smarts, it’s said, inspired the castle. 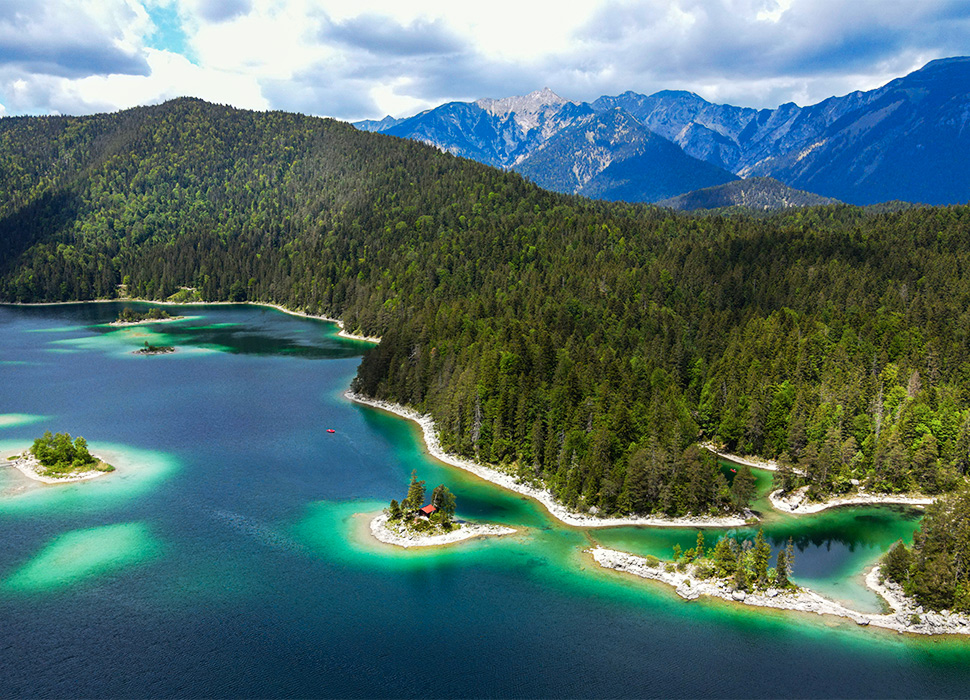 Views like this are worth getting your boots on for / Image: Getty Images

This is the boots-on, back-to-nature option: a visit to Garmisch-Partenkirchen the takes breath away in more ways than one. The walks here can be challenging (or not, your call) but, either way, it’s broadly agreed that the site of Zugspitze, Germany’s highest mountain, handsomely repays the 90-minute train ride from Munich. Plus, you don’t need to break sweat to see it: take the cable car to the Alpspix observation terrace and hope for a clear day. Then make a beeline to Zum Wildschütz for hearty, delicious Bavarian cooking. 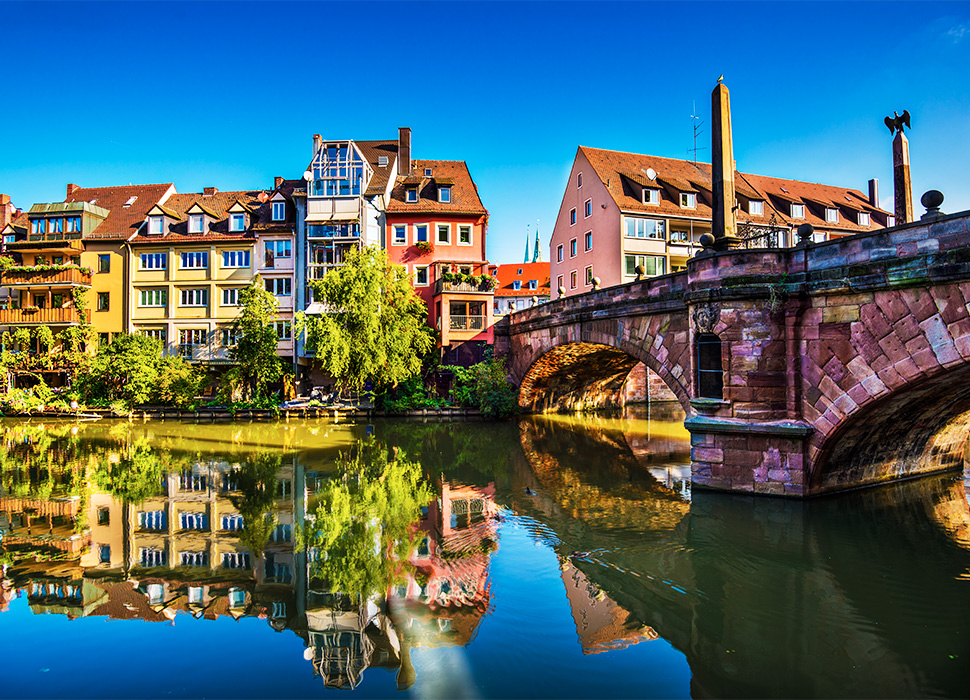 Nuremberg was once possibly the most beautiful city in Europe but was more or less bombed to bits in World War II. What remains, though, and the Gothic-era, 14th- and 15th-century buildings have been restored, rewards the hour-long train out of Munich. Especially for history heads: the one-of-kind walled Altstadt (Old Town) makes a pleasant wander plus there’s the huge, 12th-century imperial castle of Kaiserburg. Occupying a 450-year-old building close to the castle, Albrecht Dürer Stube is your go-to for comfortingly calorific, no-fuss Franconian fare. 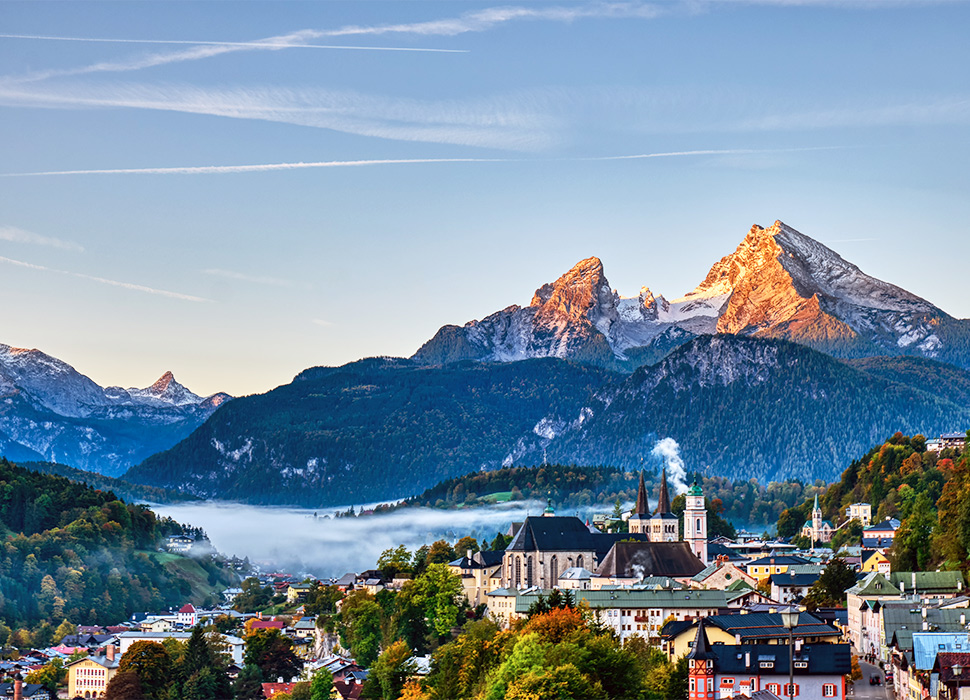 This town is much more than an unfortunate former resident / Image: Adobe Images

Petite Alpine town Berchtesgaden tends to come high up on the day-trip agenda in part for its chequered Nazi past: this is where you’ll find the Kehlsteinhaus – aka The Eagle’s Nest – the retreat of Adolf Hitler (now a restaurant). Still, equally impressive is a boat-trip along the gorgeous Lake Königsee; take a tour to St Bartolomä Cathedral, rent a paddleboat or, even better, escape the crowds with a hike through Berchtesgaden National Park to the Malerwinkel, a quiet, away-from-it-all vantage point with the best photo-op in town. 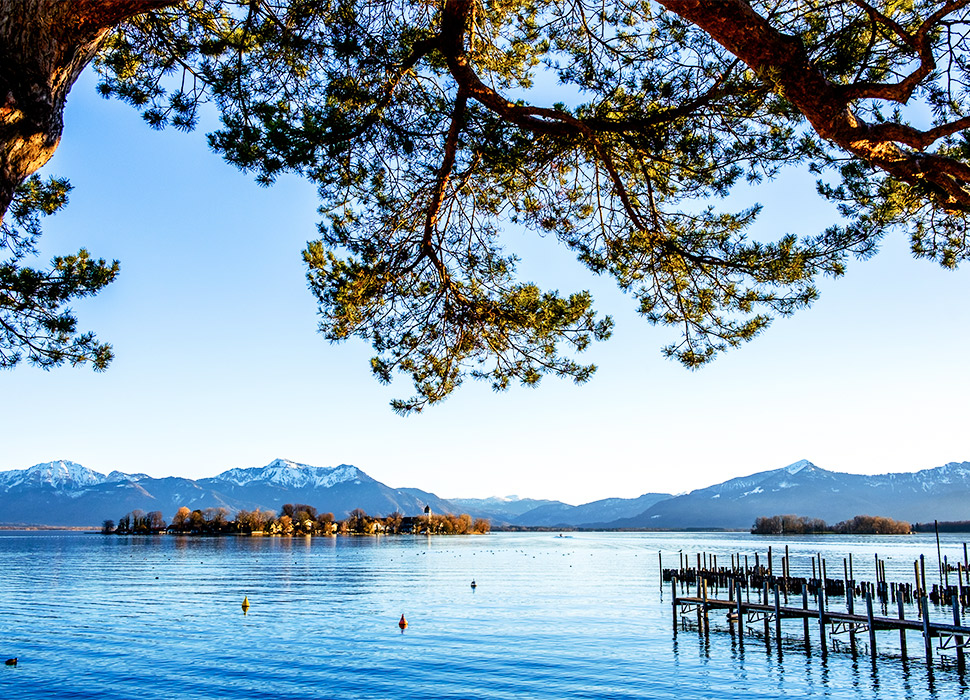 Another winner for outdoorsy types: seriously beautiful, mountain-fringed Chiemsee is Bavaria’s largest lake (it's also known as the Bavarian Sea, it’s that big). And there’s a number of ways to go here: either take on one of many walks in the region, rent an attractive-looking rowboat or turn the whole thing into an R&R wind-down and check into Prienavera, a spa resort right by the water with indoor and outdoor pools and lakeside sauna and steam rooms. Or take a ferry to one of Chiemsee’s three islands: Herreninsel is where you’ll find the huge Herrenchiemsee Castle. 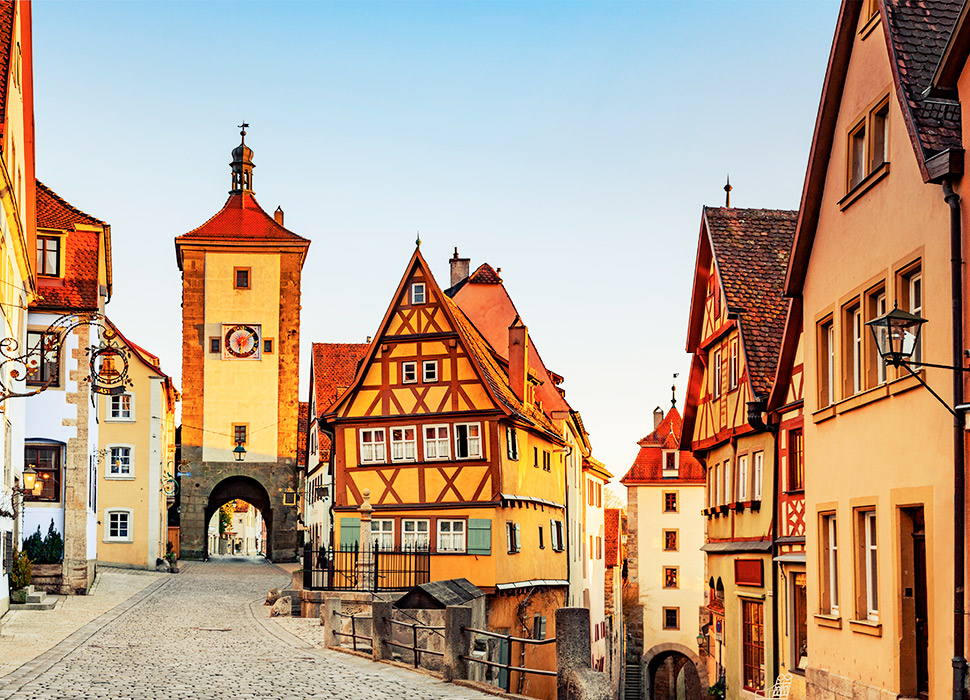 Meaning 'Red Castle on the Tauber', this cute, itty-bitty fairytale town just under two hours by train from Munich was established in the year 950 and is one of the best-preserved medieval settlements in Europe. Cobbled streets, chocolate-box half-timbered terraces, gift shops... you get the idea. Not surprisingly, it counts very few slow days on its tourist calendar. Still, if you’re willing to join the crowd, it’s worth it to see the impressive old-world architecture, like the imperial castle built in 1142. For lunch, escape to a garden table at raved-about Villa Mittermeier. 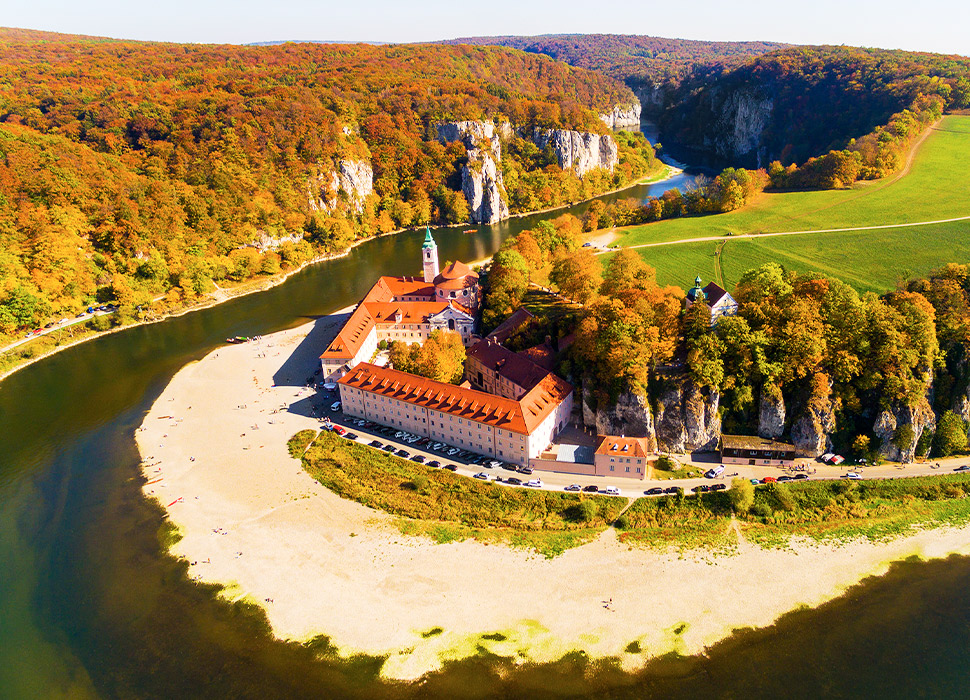 OK, so you might be better off with a car to do Kelheim in a day (the train from Munich is two-and-a-half hours) – but very few active types return from this northerly Bavarian landscape disappointed. For the ultimate pay-off, walk the Danube Gorge trail from Kelheim to the riverside Weltenburg Abbey. The world’s oldest monastic brewery has been making ale since 1050,  which means your hike happily concludes in a beer garden with a cold glass of dunkel (dark beer) and some roast schweinshaxe (pork knuckle). Either take a steam-boat back to town or, hey, stay the night in the abbey’s budget B&B.