The best things to do in Hamburg

From fine art to full-on clubbing, urban beach life and fab markets, Hamburg ticks all the boxes. Here's the best of the northern German city

1. Hit the beach at Blankenese 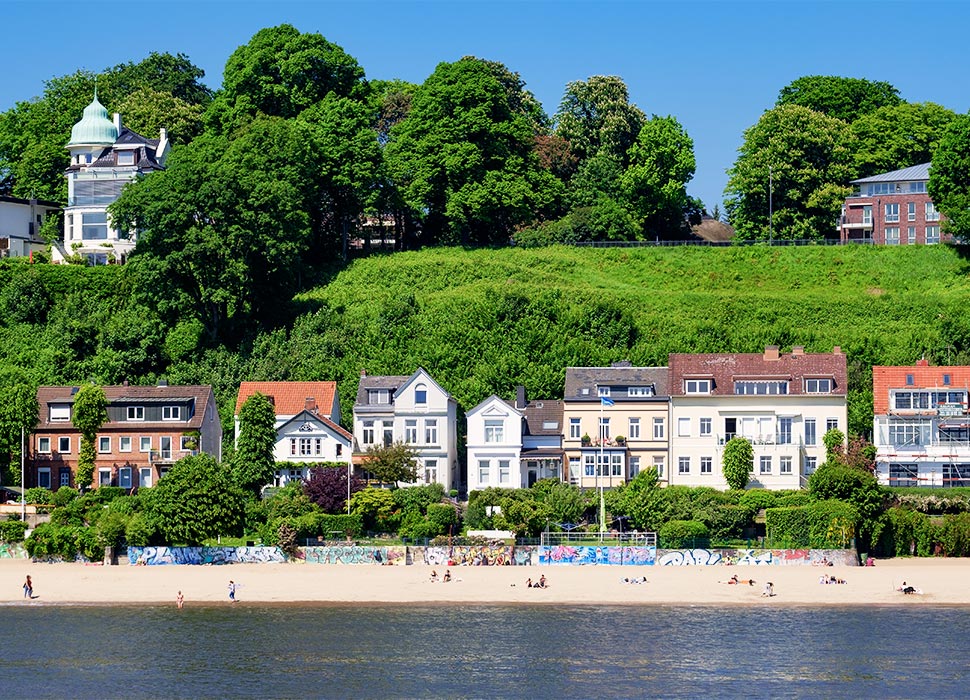 Blankenese beach is pretty as a picture / Image: Adobe Stock

You probably don’t associate Hamburg with beach holidays. Well, you should, because that's just what you'll find at the westernmost end of the city. Blankenese is akin to an upscale Mediterranean village, with dinky houses sprinkled up hillsides accessible by steep, winding alleys. The beach itself is sandy and lush, shelving gently into the cool waters of the River Elbe and commanding interesting views of the shipping going in and out of the harbour. Okay, the Caribbean it ain’t, but there’s fine sand, nice restaurants on the prom, and it’s right there on the S-Bahn.

2. See a shrink at Miniatur Wunderland 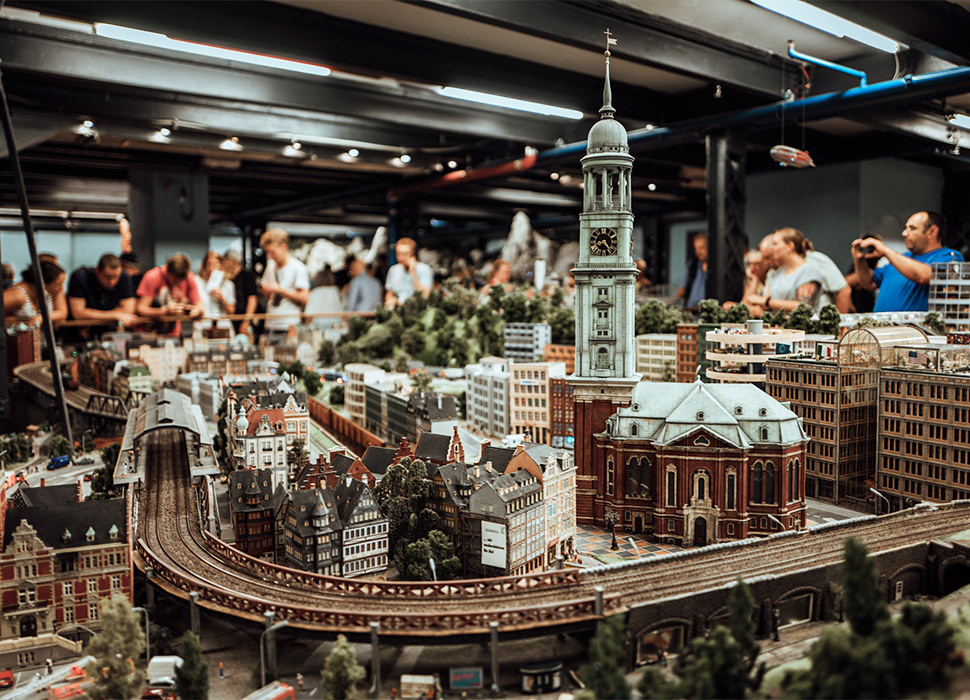 Rail against the world at Miniatur Wunderland / Image: mediaserver.hamburg.de

If the prospect of visiting the world’s biggest model railway – with 16km of track, 1,040 trains, 52 planes and 130,000 trees – fills you with dread, well, you need to get out more. Miniatur Wunderland is a remarkable work of art, with vast, sprawling zones recreating geographic locations from South America to Germany, Scandinavia to Austria. It's packed full of adorable details and cutesy in-jokes, and the curators are always working on expansion – word is they’re going to add a futuristic layout anytime soon. It’s more than a little bit wonderful.

3. Rummage for bargains at Flohschanze 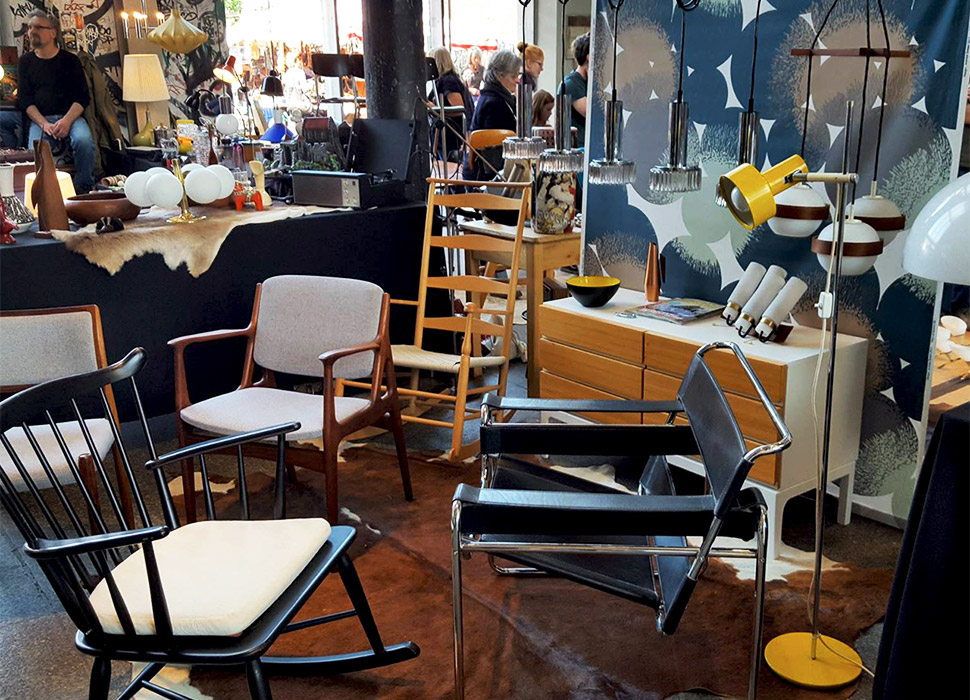 Every Saturday morning for over 20 years now, friendly vendors have been setting up trestle tables around the old slaughterhouse in groovy St Pauli to flog their wares. As any self-respecting veteran of the fleamarket scene knows, the cooler the area, the better the bargains, and that’s abundantly true of Flohschanze. Discover everything from antiques to musical instruments, jewellery, records, rare books and stylish garms, with street food to keep you fuelled on the eternal browse.

4. Dine on the water at Entenwerder1 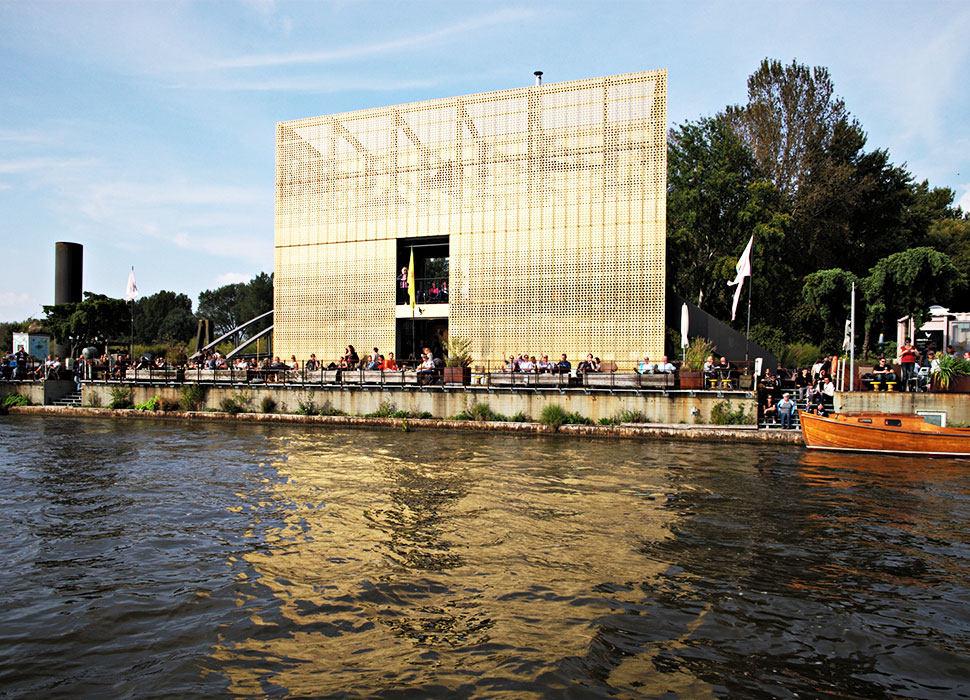 Imbibe by the riverside at Entenwerder1 / Image: Felix Amsel

Hamburg is first and foremost a city founded on water – as locals love to remind visitors, it has more extensive canals than Venice and Amsterdam put together. So for a bite to eat that’s in keeping with the atmos, head to Entenwerder1, a bobbing pontoon reached by crossing an old bridge out of a park that some genius decided to turn into a hip café. Sup third-wave coffee and scoff smart little pastries and vegan-friendly light bites to a groovy soundtrack with easy-on-the-eye staff. Plenty to float your boat here.

5. Pitch up to Elbphilharmonie 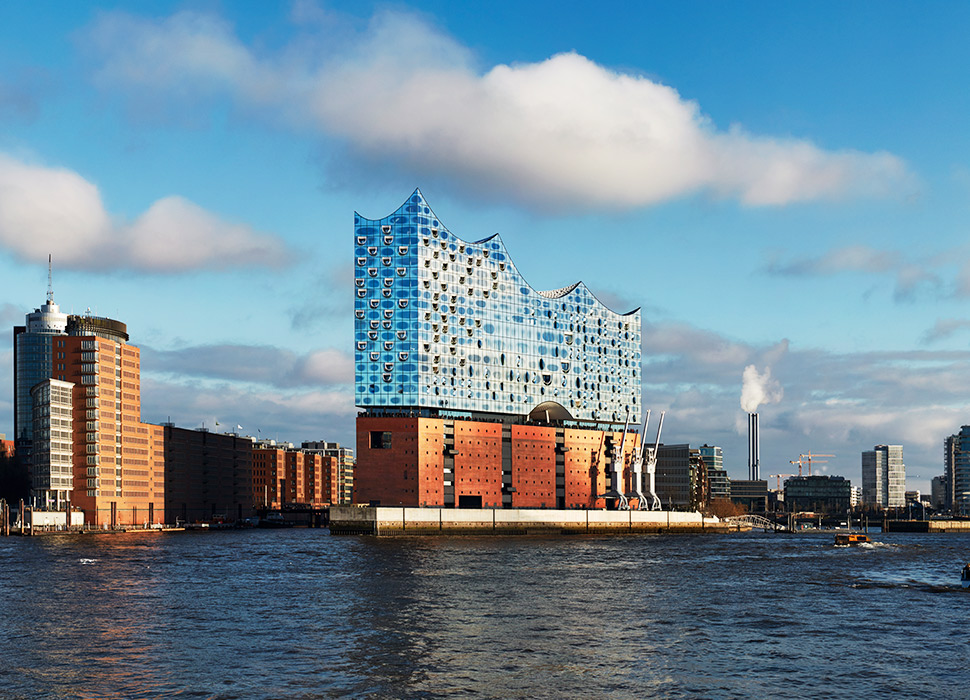 The esteemed Elbphilharmonie blends in seamlessly with its surroundings / Image: Maxim Schulz

It cost an enormous €789m and took seven years longer to build than planned, but Hamburg’s ravishing concert hall is now the toast of the city's rarefied music scene. Dominating the skyline at 100m high, this undulating glass structure, squatting on an old brick warehouse, contains three concert venues, with 10,000 exquisitely engineered acoustic panels and 1,000 hand-blown glass lamps. Don’t worry if you can’t score tickets – the public-access Plaza viewing platform gets you up there, with inspirational views back over town. Sounds good, doesn't it?

6. Kickstart your morning at Fischmarkt 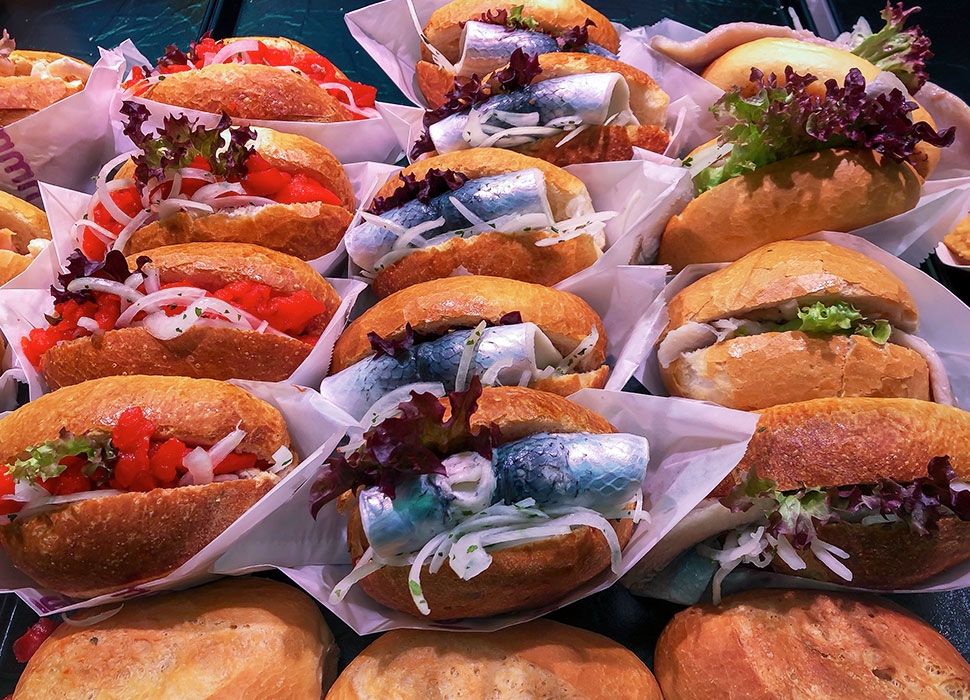 Fans of a very different sort of music love to congregate the morning after raving – whether or not they’ve slept is debatable – at this harbourside institution. You can buy fish, obvs, as well as flowers, fruit, veg and even bric-a-brac, but the real attraction is the flowing beer taps and live bands that keep the party animals in upbeat spirits. It opens at 5am in the summer, 7am in the winter, and shuts promptly at 9.30am, by which point it’s probably wise to call it a night (or morning) anyway. 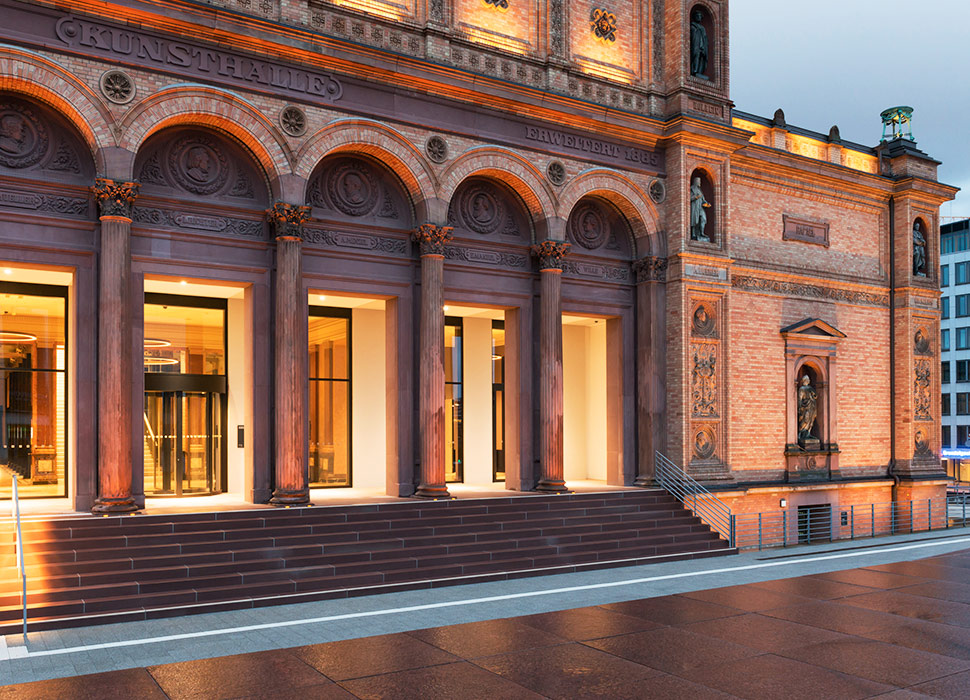 As befits such a cultured city, Hamburg’s premier art museum is a colossal, generous feast of great works covering all the big hitters and key periods in German and international art history. Important canvases from Lucas Cranach the Elder (you’ll know him for that famous portrait of Martin Luther) and Holbein the Younger (he did a cracking Henry VIII) share the vast space with more modern masterpieces from the likes of David Hockney and Jeff Koons, with lots of important impressionist and modernist stuff in the mix as well.

8. Walk on the wild side at the Golden Pudel 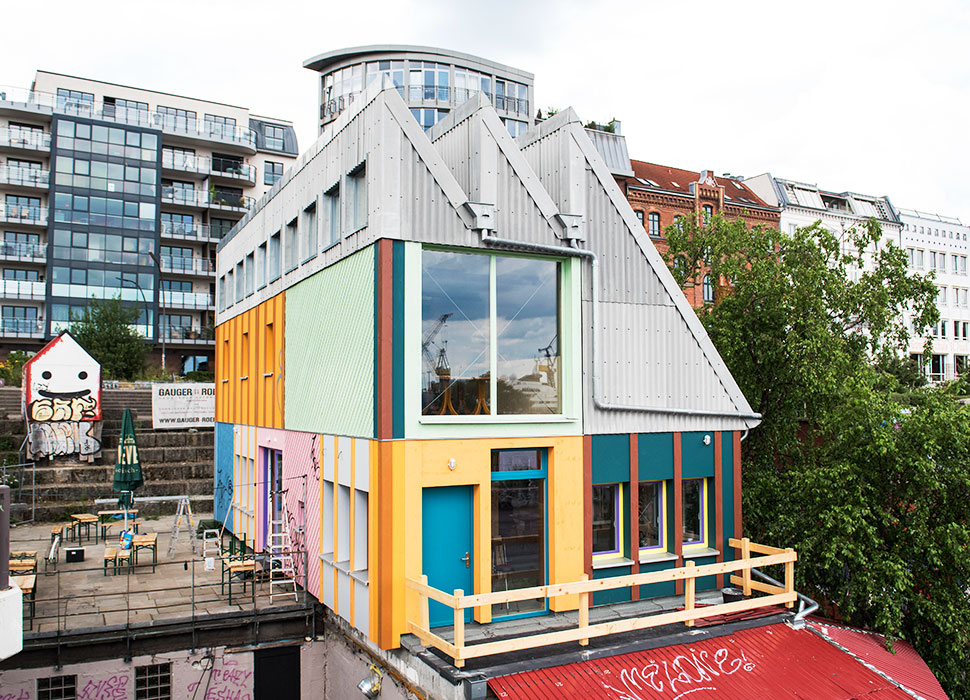 Berghain who? Golden Pudel is one of the most revered clubs in Europe / Image: Alamy

Handily situated near the Reeperbahn and Fischmarkt (above), this ramshackle shed is a bit of a legend in nightlife circles. Run by party-hard members of the legendary ex-punk band Die Goldenen Zitronen, it’s packed every night of the week. The building was once a prison for smugglers back in the 19th century, and something of that countercultural naughtiness seeps through the walls to this very day. It’s radical, relaxed and refreshingly unpretentious, just the thing for when you want to shake it until the sun comes up. 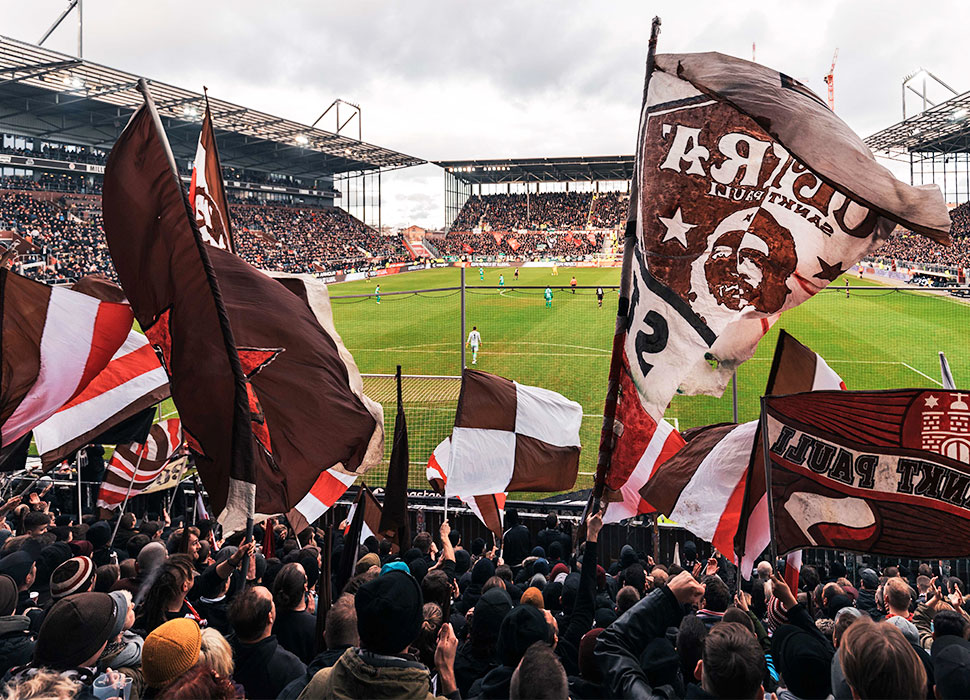 FC St Pauli is a football team unlike no other. From the ground up – supporters, players, management, the board – everybody involved is an ardent campaigner for progressive values. That means they regularly campaign against racism, sexism and fascism, and enjoy a vast, unique international fanbase of bohemians and individuals drawn from other subcultures. If you can get a ticket to their 29,500 capacity ground then do – matches are always a massive party with great music. Fair warning, it’s not the most stylish football ever played, but they are strong on the left wing.

Widely acknowledged as one of the world’s foremost purveyors of fancy mixed drinks, the team at Le Lion – led by Joerg Meyer and Rainer Wendt – do special things with, ahem, roar ingredients. Among numerous special creations, the world-famous Gin Basil Smash is said to have been invented in this trendy, low-lit and sophisticated spot. You ring a discreet doorbell for entry, according to the best speakeasy traditions, and should prepare to be dazzled by an outfit that does everything, from the decor to the small plates, with fierce pride.