A match made in himmel: beer and pizza at ÜberQuell

The 7 best places to drink beer in Hamburg

From super-trad bierhalles to new-school craft bars and avant-garde breweries, these are the best places for a hoptastic time in the German city

A match made in himmel: beer and pizza at ÜberQuell 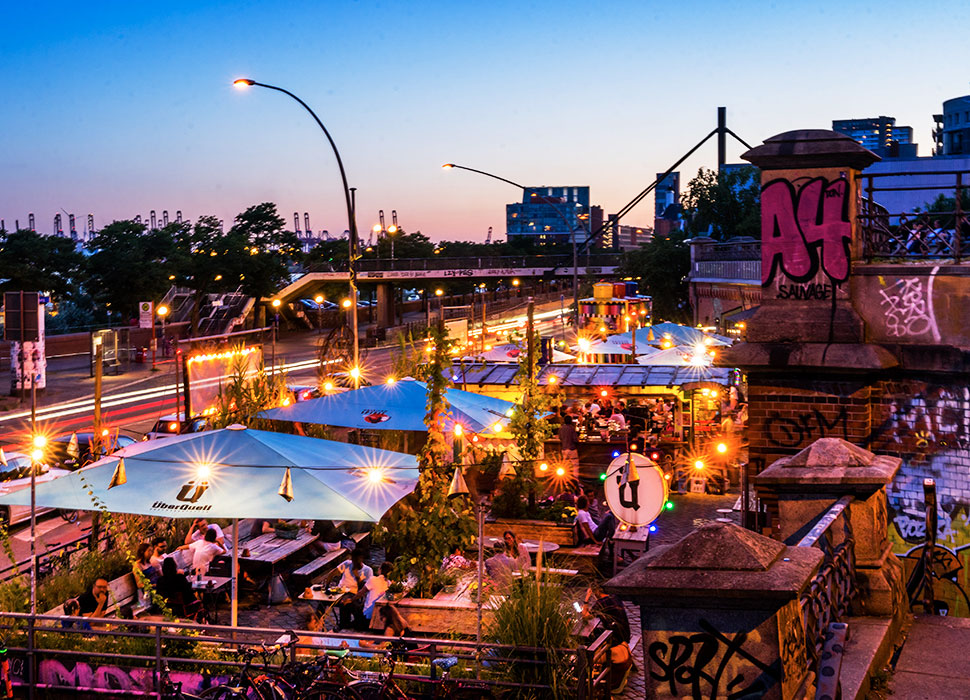 Tobias Hess, head brewer at this groovy spot, studied his craft at the esteemed Weihenstephan-Triesdorf University of Applied Science. He then supplemented formal education with spells brewing as far afield as the Caribbean, Uganda and Mexico. So as you’d expect, the beer at ÜberQuell has an eclectic, international breadth and scope, going way beyond your garden-variety IPAs and bringing energy and verve to the St Pauli drinking scene. It's also big on community involvement – check out the roof garden – and the pizza absolutely rocks. 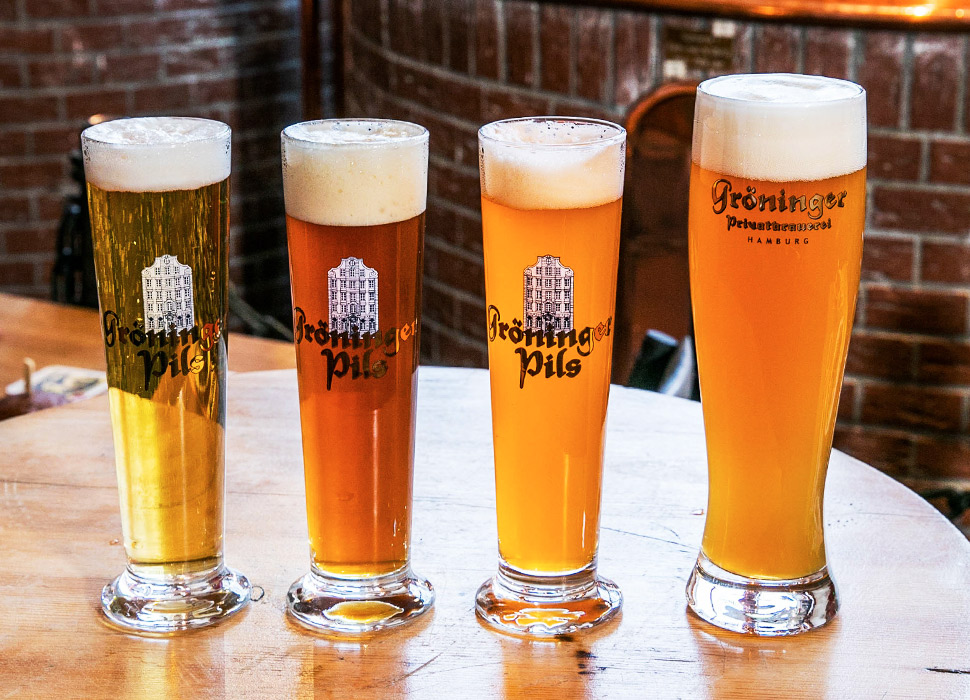 If you’re craving a more venerable, traditional sort of sup then Gröninger Privatbrauerei has been doling out fat steins of the foamy stuff for over 225 years now. In fact, the business, as a guesthouse, has been going since 1260, but medieval punters didn’t have an on-site brewery to enjoy. Lucky you. The gimmick here is you can tap your own pilsner from proper oak barrels, and when you’re feeling peckish, summon a steaming plate of savoury pork knuckles and crackling. Deliciously old school.

At the opposite end of the hipster scale – in a good way, mind – Bunthaus is the first brewery to have set up shop in Wilhelmsburg in two centuries. It's the brainchild of Jens Hinrichs – who was home brewing to great acclaim and decided to expand his operation – and biologist Jens Block, who joined forces in setting up a crowdfunding campaign to get the keys to this, their first proper premises. The lads do a splendid line in classic pale ales and porters, but the cutting-edge stuff is where they shine – shout out to their Vietnamese gose (sour beer) with fish sauce and lemongrass, chock-full of eastern promise. 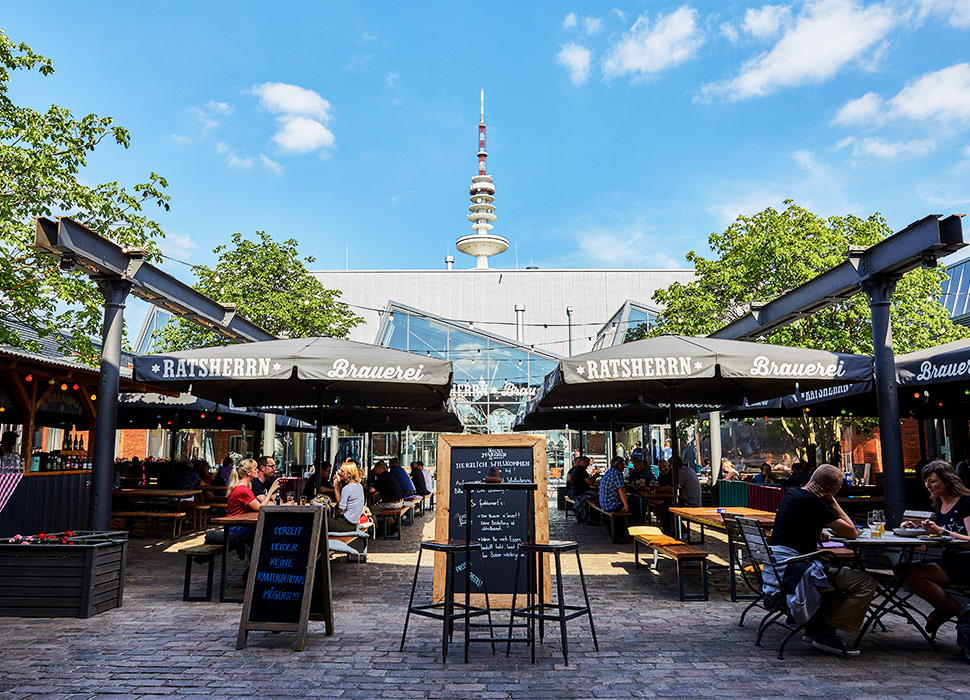 Escape the rat-run for a tipple at Ratsherrn / Image: Ratsherrn Brauerei GmbH

The staunch squad of brewers at Ratsherrn love showing you around their vats and gauges. But you needn’t even take the tour – from the brewpub’s courtyard you can peer through the glass and watch them at work, over a nice nectar, like a civilised person. Seeing themselves as squarely in the millennia-or-so old tradition of making beer around these parts, the Ratsherrn crew take immense pride in their smooth, malty rotbier. Still, they aren’t totally stuck in the past – the brewery's chocolatey Baltic porter is a complex as anything knocked up by their lavishly bearded counterparts across town.

You really can’t fault the location – under a sturdy clocktower on the harbour front, with great views over the busy Elbe from the terrace on fine days. And if what you’re after is a no-nonsense German sesh on the pilsner or helles, Blockbräu is where you’ll want to make a beeline for. The vibe isn’t hipster – there’s plenty of that elsewhere in Hamburg – but it is most certainly about hearty fellowship and rocking live bands, gallons of cold beer and steaming plates of salty, meaty carbs. 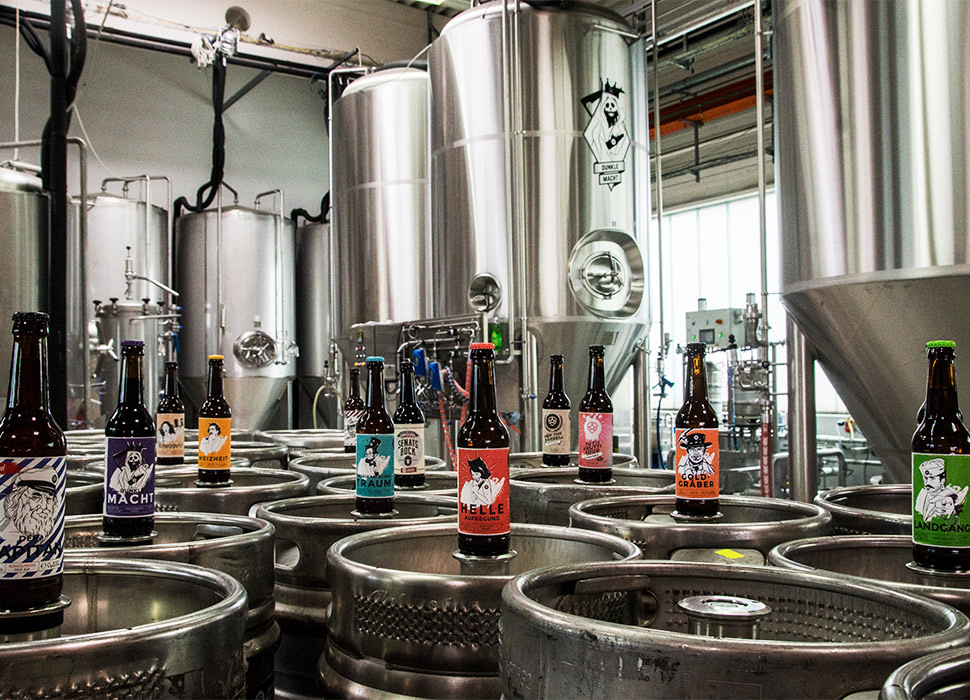 On an industrial estate somewhat off the beaten track, in the oft-overlooked district of Bahrenfeld, a team of brew obsessives has set up an award-winning little taproom inside their brewery. The bar itself is in a shipping container, with furnishings (apparently) reclaimed and repurposed from a now-defunct Reeperbahn brothel. Get a load of their ‘Dark Might’ smoked porter or ‘Weizheit’, a wheat beer with intoxicating berry top notes.

This design-conscious little Neustadt spot serves as a de facto taproom for the Buddelship brewery, which pours alongside potent spirits from modish Dutch brand Filosoof Jenever. There are 50 bottles of beer on offer at any one time, and 15 taps that promise to push the boundaries of what you thought possible in a brew. Don’t believe us?  Try ‘Seewoatr’, a barrel-aged wild ale (the natural wine of the beer world) with apricots and juniper. Not mad enough? ‘Jam Session’ is a rice-wine based lager that’s been carefully aged in traditional vino barrels. Heady stuff.