Yuma Hashemi and his Drunken Butler crew take to the streets of London / Image: Cris Barnett

WE GET THE INSIDE TRACK ON WHERE THE BEST CHEFS AROUND OUR NETWORK LOVE TO CHOW DOWN. THIS TIME, MEET YUMA HASHEMI OF LONDON'S THE DRUNKEN BUTLER

Yuma Hashemi and his Drunken Butler crew take to the streets of London / Image: Cris Barnett

Itinerant, country-hopping chefs aren’t much new in 2022 – but few come with such an acutely international outlook at Yuma Hashemi. Born in Iran and raised in Berlin’s vibrant Wilmersdorf district, he trained first at the city’s storied Austrian spot Lutter & Wegner, before setting out for cheffing stints in Sweden, Bordeaux, Chicago and San Francisco, finally settling in London where, in 2017, he opened The Drunken Butler on Rosebery Avenue in Clerkenwell. 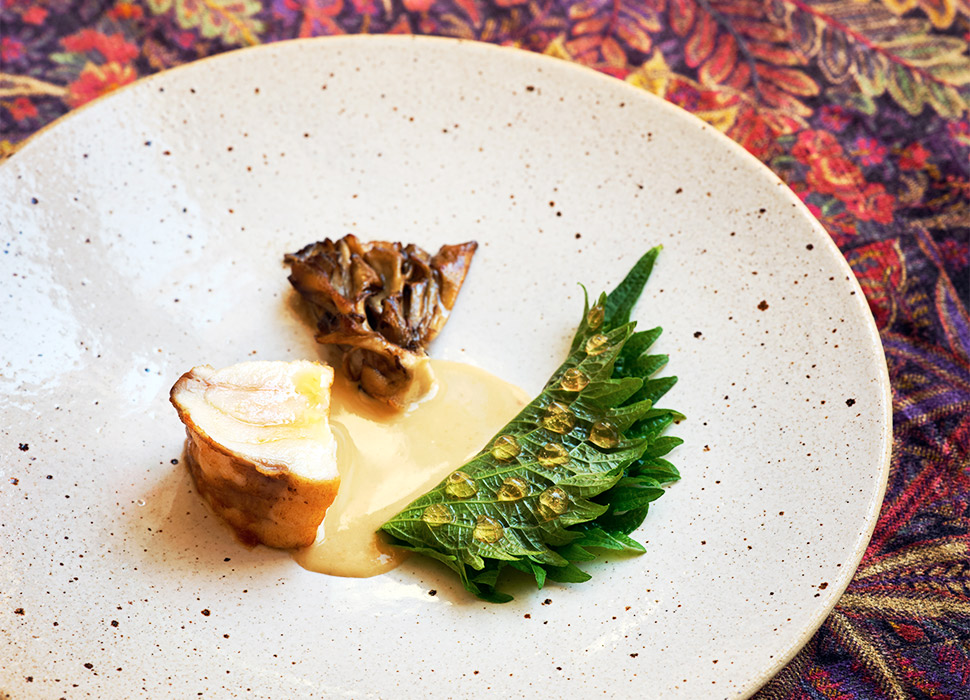 The name might be arbitrary – drawn from an apocryphal altercation between a Georgian socialite and her soused manservant – but the restaurant traces a delectable line between a smattering of European and Asian cuisines, served in a pretty, trinket-strewn dining room designed to evoke an Iranian family home.

Kicked off with one of the city’s oldest negronis (in that the bitters, vermouth and gin date from the 1950s, 70s and 80s, respectively) the enigmatically menu-free set flits between seven and nine courses that change according to the season, heavy on poultry and shellfish. They skew towards fusion and intriguing flavour combos: think monkish with mitake, miso mustard and shiso leaf, or quail with caramelised yoghurt cream and mango chutney. 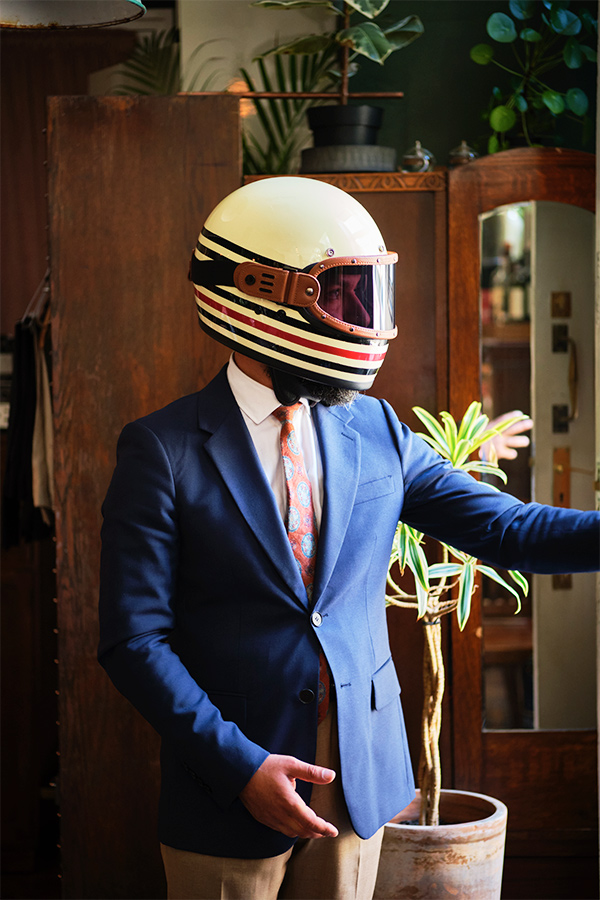 Hashemi gets ready for a busy service at The Drunken Butler / Image: Cris Barnett

Here, Hashemi harks back to give us his insider intel on the best places to eat in Berlin. 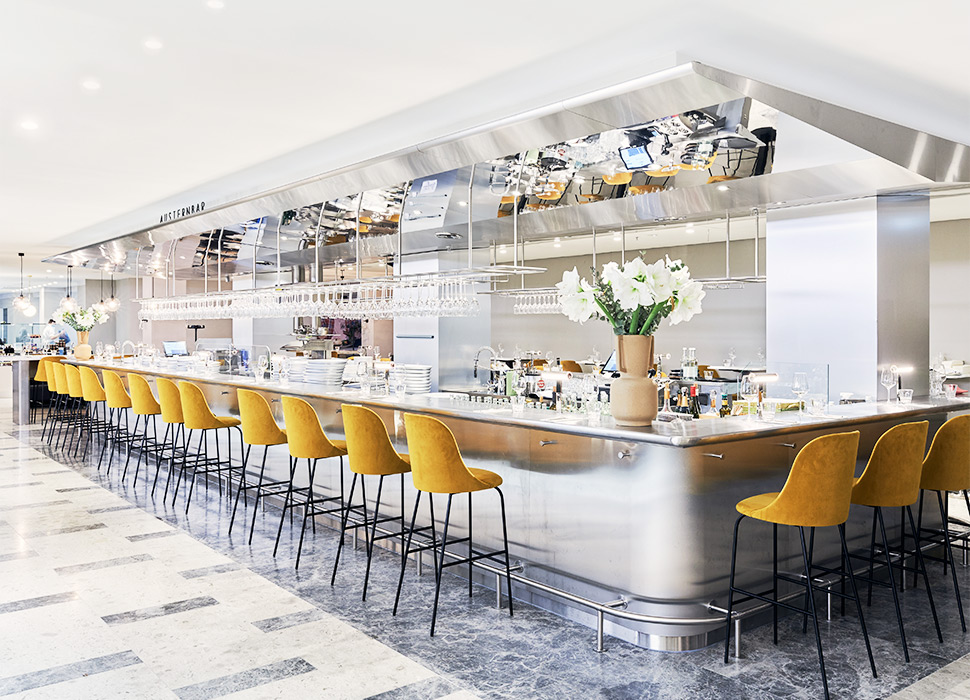 This glistening oyster bar can be found in a Berlin department store / Credit: Martin Dziuba

KaDeWe: "This place is in a department store in West Berlin – think Selfridges or Harrods. I remember visiting there was always a real treat as a kid, making our way to the top floor where all the restaurants are. They serve top-notch fish and have become quite famous over the years. Whenever I go back to Berlin I visit for the oysters".

Lutter & Wegner am Gendarmenmarkt: "I used to work in the kitchen at Lutter & Wegner and I learned a lot about Austrian and German cooking with classic French techniques. It’s an old school kind of place with things like schnitzel and goulash on the menu. There is a large dining room with smaller, private rooms available too, which are great for taking a group. It’s testament to Lutter & Wegner that there are some staff that I met as an apprentice there who are still working in the restaurant today!" 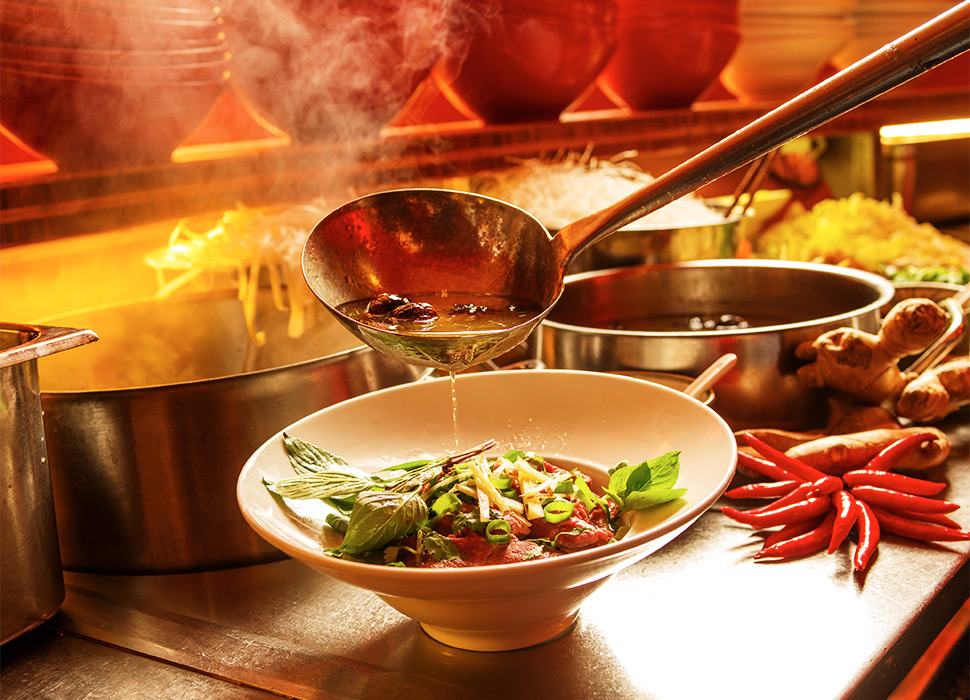 Monsieur Vuong: "... is a very chilled out Vietnamese restaurant in the Mitte borough of Berlin which is very modern and artistic but old-school all at the same time. The restaurant is family-run and the food is fresh and vibrant. It’s great for a quick meal, you can walk in, grab something delicious and walk out. Simple." 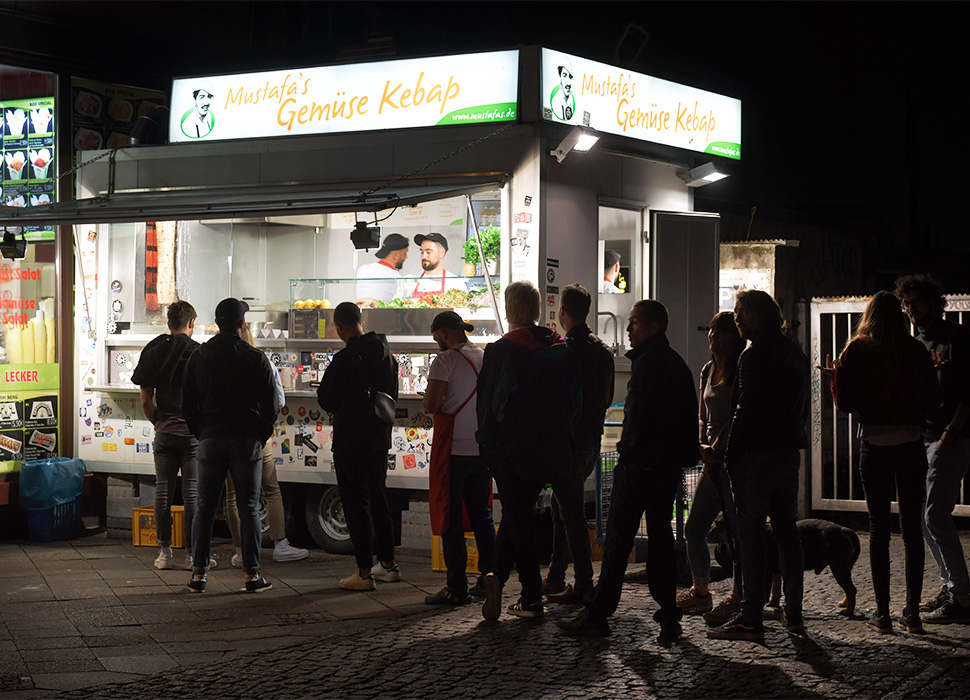 Mustafa's Gemüse Kebap: "This little street food place has become legendary in Berlin. It’s open 24/7 and no matter what time of day, summer or winter, 4am or 4pm, there is a queue that’s 50, sometimes 100 metres long! You’ll spend about half an hour in line and people will drink and chat whilst they’re waiting. They serve fantastic döner and have great veggie options too."

Marjellchen: "Going to Marjellchen is like stepping back in time in the best way possible. There’s no electric light, just candles dotted around and there is always jazz playing. The menu is full of traditional German dishes, lots of meat and dumplings with a great wine list to go with."