The best things to do in Berlin

The German capital is a hotbed of great food, high culture, design history and early-hours decadence. Here's the best of it

1. Get aerial views from the TV Tower 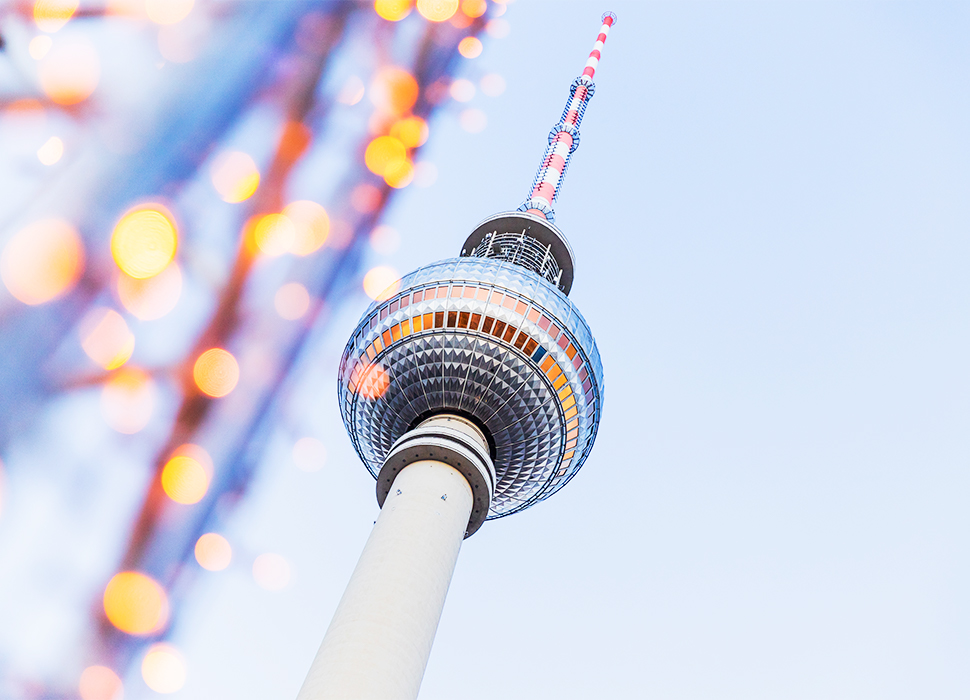 Constructed in the 1960s as a monument to Soviet industrial might – that huge orb three-quarters up is supposed to represent the Sputnik satellite, and was originally meant to glow a brooding communist red – the TV Tower or ‘Fernsehturm’ is the city’s quintessential skyline-defining landmark. Brave the ascent these days and you’ll find an upscale restaurant with knockout 360-degree views across the busy German capital, and a 203m-high observation deck bar. Think of it as Berlin’s groovy, futurist answer to the Eiffel Tower.

2. Take a breath of fresh air in Tiergarten park 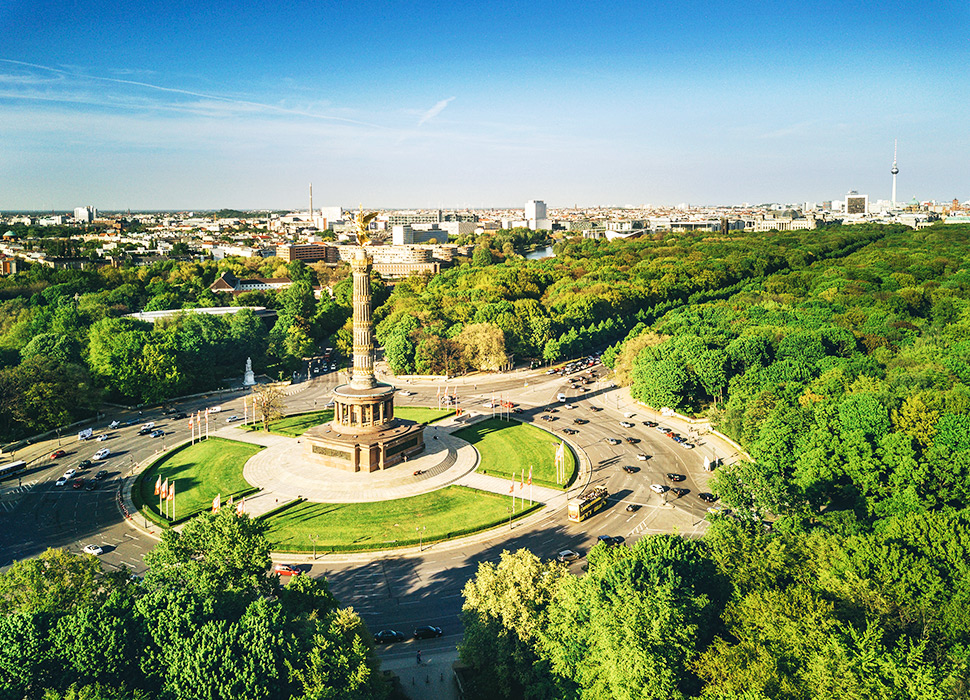 The gilded Victory Column, aka Siegessäule, sits near the heart of Tiergarten / Image: Getty Images

On verdant land first set aside for 17th-century Prussian nobles to chase boars and harass pheasants, Tiergarten’s leafy expanse furnishes the city with lungs in the same way Hyde Park does for London, or Central Park for NYC. It's adored by joggers, picnickers, frisbee-tossers and sunbathers, but there’s also global culture, if that’s your bag, at the striking Haus der Kulturen der Welt, or a handsome neoclassical viewing platform perched on the Victory Column, aka Siegessäule. A sliver of Eden, slap-bang in the heart of downtown.

3. Delve into design history at the Bauhaus Archive 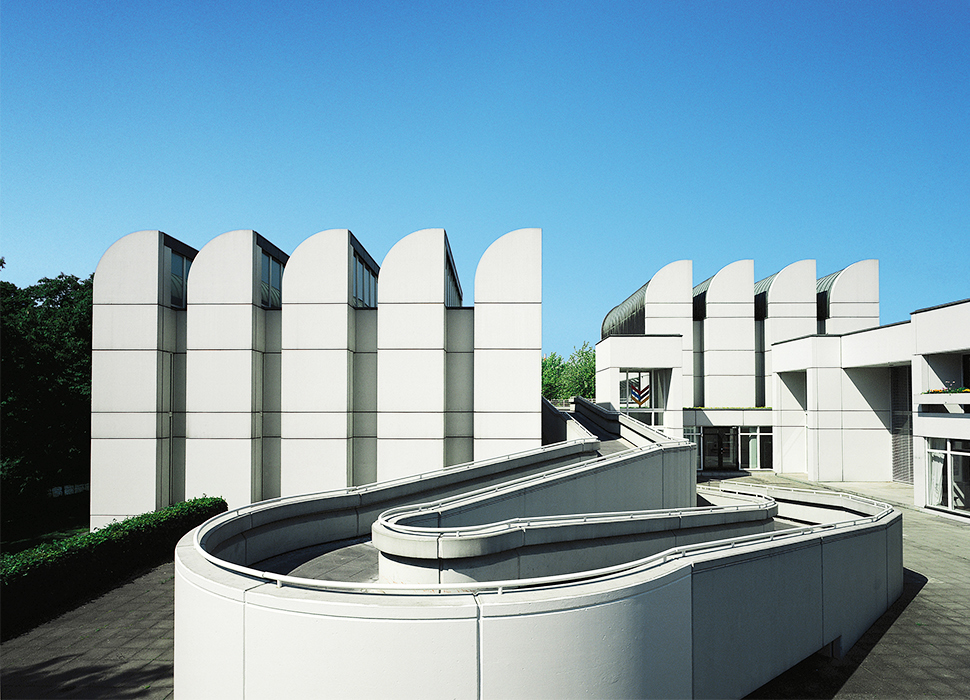 Lovers of chic modernism and weird angular chairs, rejoice. Berlin is home to the world’s foremost collection of work from the Bauhaus school of art and design. The Bauhaus is a 20th-century movement that sought to break with fusty classical-inspired traditionalism and embrace the industrial future. Architect Walter Gropius, who founded the Bauhaus school, long dreamed of the sawtooth-silhouette structure that now houses his gift to the world – though for now it’s being renovated, so fans should form a (clean) line outside the Bauhaus Archive's temporary Charlottenburg digs. 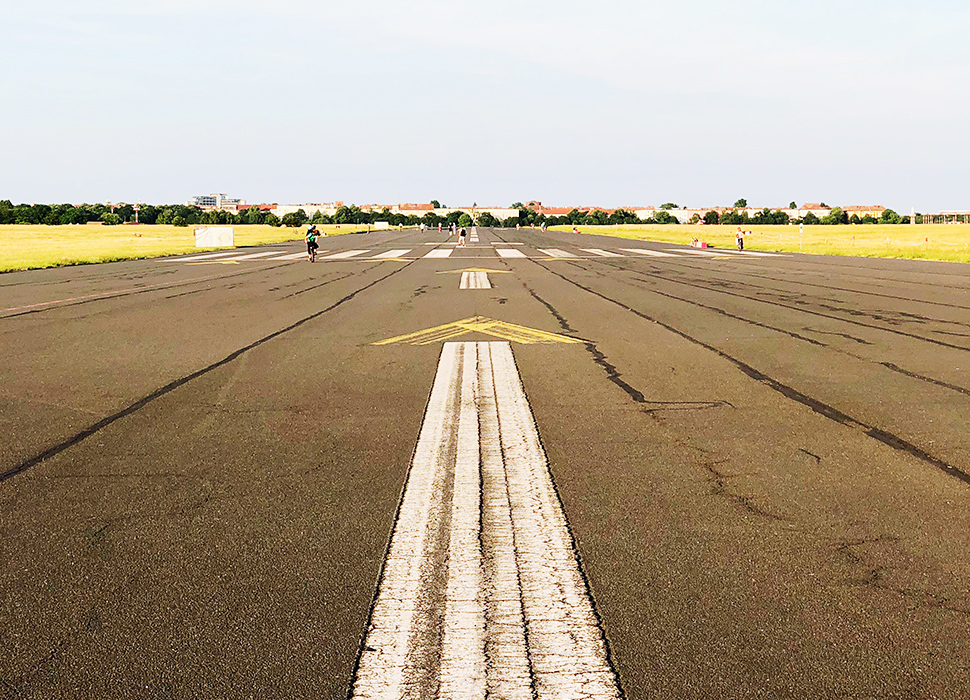 The flat expanses of a former airfield are an unlikely hotspot for families / Image: Getty Images

This properly vast 386-hectare green space in the south side of the city was once a military parade ground, then an airport, before being more-or-less abandoned in 2008. Notoriously windy, Tempelhofer is where wholesome Germany families come to fly kites, or coast aimlessly on bikes, unicycles and in-line skates along great lengths of tarmac that once served as runways. Wander a bit and you’ll stumble across dinky urban plots where locals cultivate lettuce and tomatoes – as uplifting and organic a picture of urban reclamation as you’ll find anywhere in Europe.

5. Empty your wallet (and lungs) at Mauerpark’s weekly market and Bearpit Karaoke 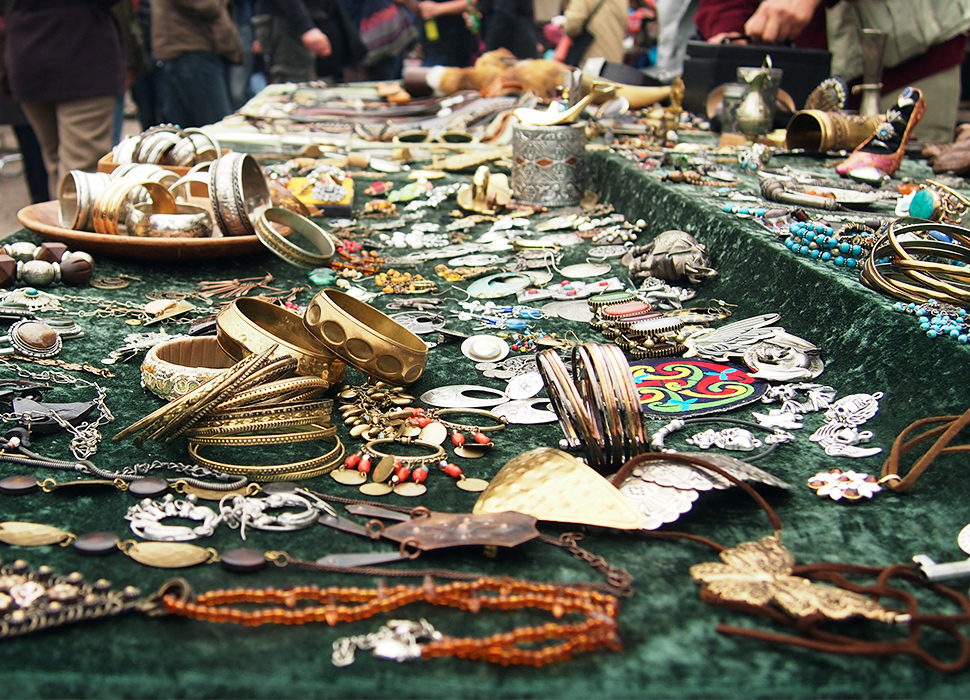 The world is your chintz-filled oyster at Mauerpark's flea market / Images: Getty Images

If you’re after a one-stop, one-afternoon quick-and-dirty Berliner experience, you can’t do better than a few merry hours browsing the Mauerpark Sunday Flea Market. All of Berlin’s most charming foibles – artiness, youthful sense of style, irresistible cheesiness – are here, splayed out on trestle tables by eager private vendors. Pick up a naff hat, a battered paperback and a knackered camera, then mosey over to the nearby natural amphitheatre where agreeable local Joe Hatchiban holds court at his famous weekly outdoor karaoke. Can’t go wrong. 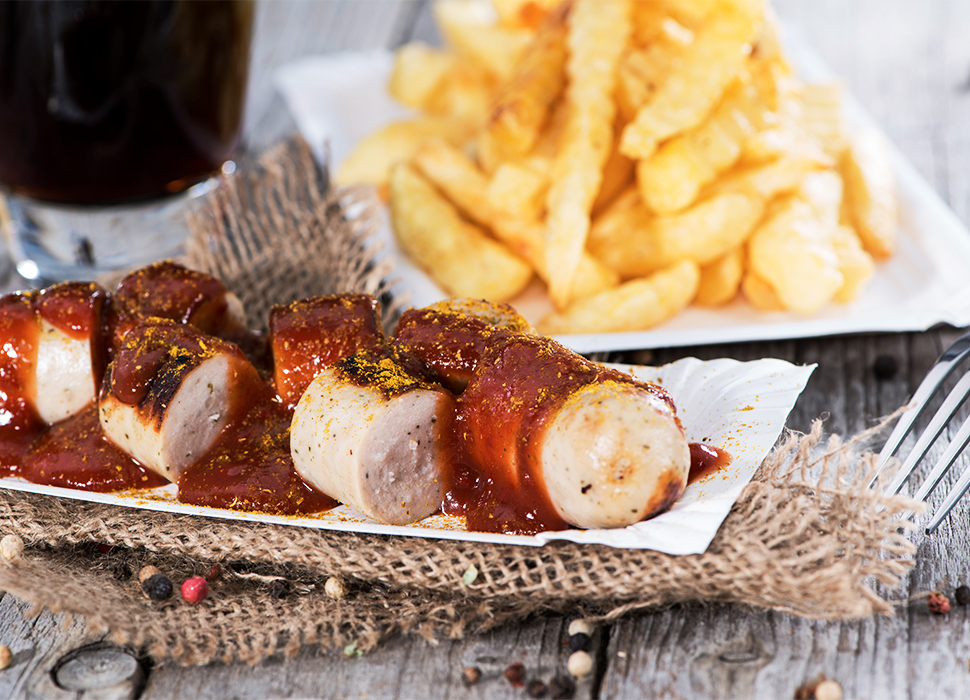 Invented in Charlottenburg in 1949, when local lass Herta Heuwer jumbled up some cheap condiments donated by a kindly British soldier, currywurst is Germany’s favourite drunk-food. It basically amounts to sliced, grilled sausage smothered in thick ketchup and curry sauce. Sometimes with Worcester sauce. You’ll find it everywhere, but for best results line up outside Currywurst 36 (9 Hardenbergplatz) by Zoologischer Garten train station. If you’re out east, the bangers at Konnopkes (44b Schönhauser Allee) have famously crispy skin, but Curry 61 (6 Oranienburger Strasse) is where the cool kids hang out – so yep, there’s a vegan option.

7. Get your fill of high culture on Museum Island 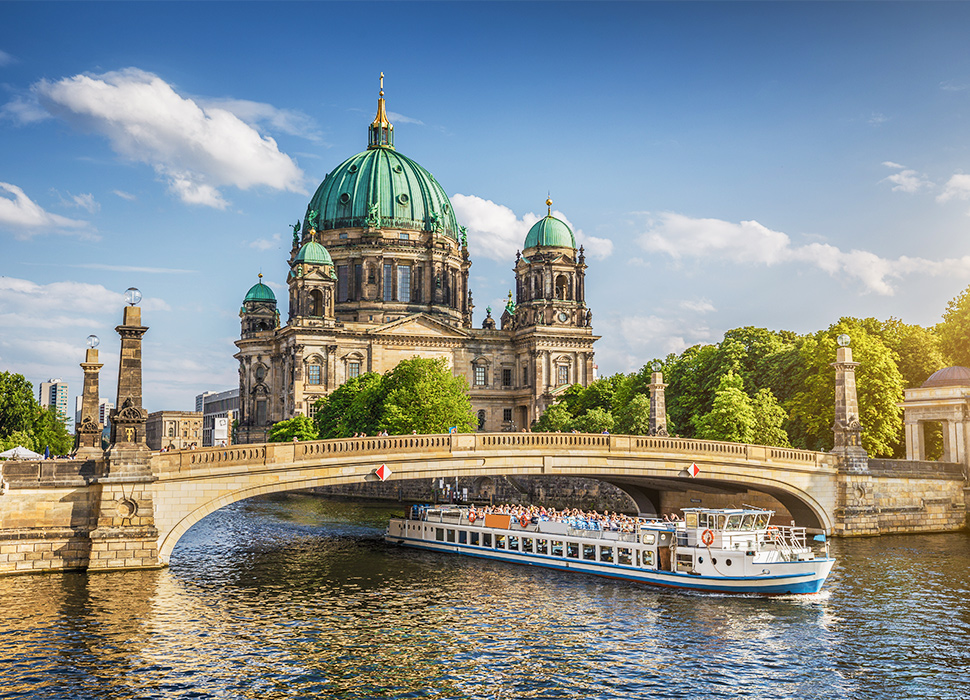 There’s a lot more to Berlin culture than sausages and raving. And, handily, you can tick off a ton of the high-minded stuff in a single day, all on Museum Island. Overlooking the River Spree, this cluster of five lofty institutions (the Old museum, New Museum, Pergamon Museum, Bode Museum, National Gallery) plus the new James Simon Gallery cover everything from historic sculpture to Impressionist miniatures and priceless archaeological treasures. It's a cluster of peerless beauties just a short amble from each other. And some of them sell sausages in the canteens.

8. Try your best to get in to Berghain and Panorama Bar 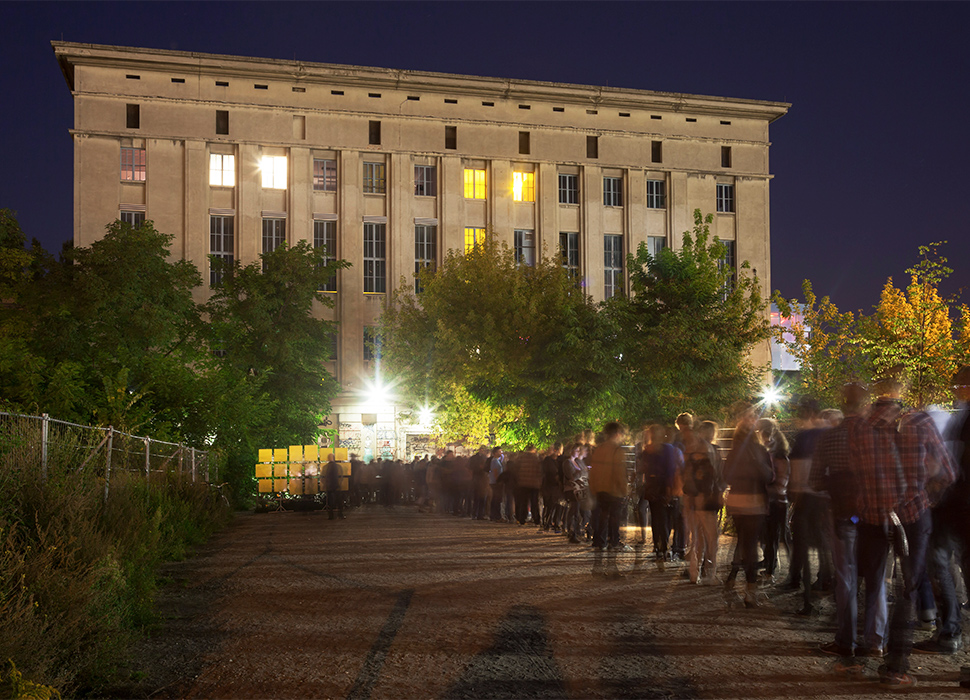 You'll probably fail, but it's worth trying your luck at techno temple Berghain / Image: Alamy

Putting on your game face and casually sashaying past the legendarily fussy bouncers at Berghain is every modern globetrotting clubber’s rite of passage. Make it, and you’ll experience a transcendental weekend of techno-infused hedonism in a cathedral-like ex-industrial space (the cool kids prefer Sunday nights, just FYI). Panorama, upstairs, is Berghain’s less intense, less famous cousin. For a fighting chance, speak some German, and don’t doll yourself up too much. And keep your phone in your pocket. They get well funny about that.

9. Lose yourself in thought at the austere Holocaust Memorial 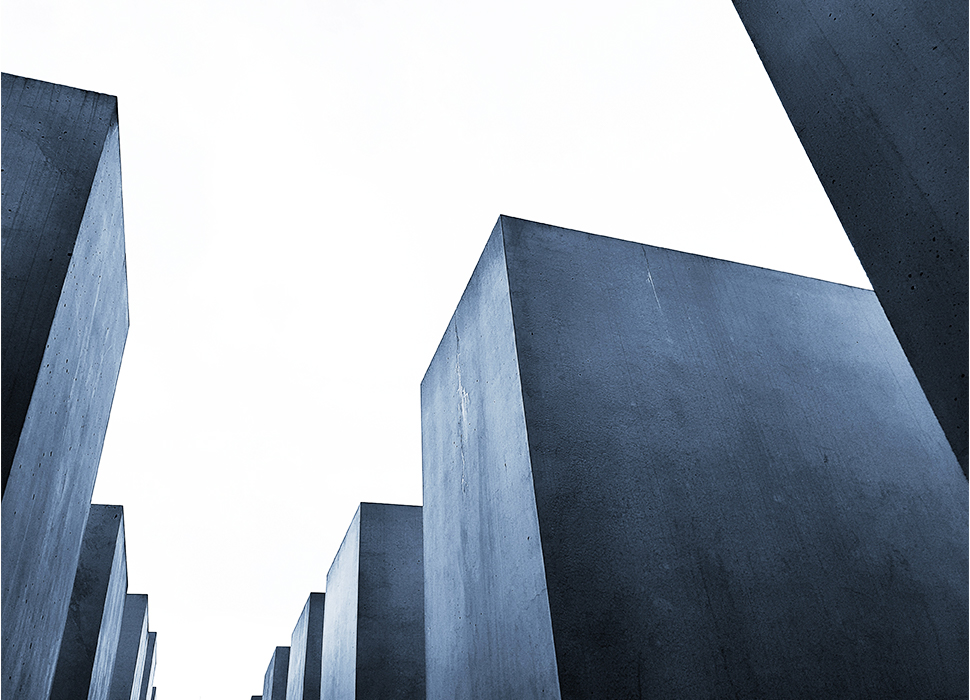 Built to an inspired design by New York architect Peter Eisenman, Berlin’s Memorial to the Murdered Jews of Europe commemorates the Holocaust, or ‘Shoah’, with 2,711 gently angled yet hauntingly simple concrete slabs. Covering an area of 4.7 acres, the memorials’ undulating grey grid provides a decentralised labyrinth, shorn of labels or inscriptions. – a dreamlike setting for contemplation. For those who wish to learn more, an underground information centre offers thematically arranged photos and artefacts alongside respectful historical analysis.

10. Gaze on the reunification icon of the Reichstag 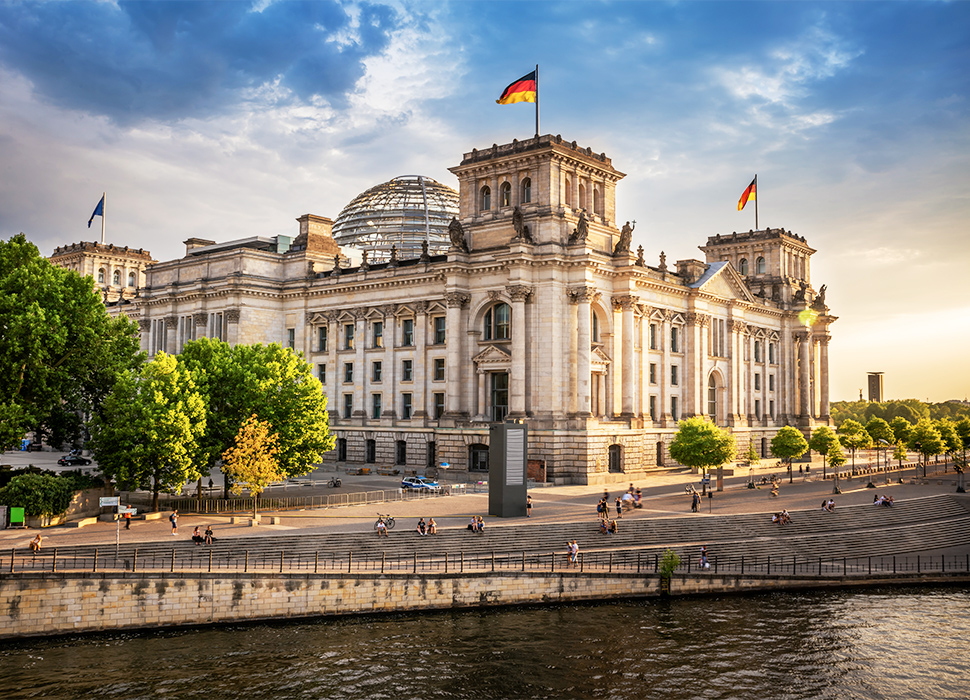 Even the Nazis couldn't keep the splendour of the Reichstag down / Image: Getty Images

Few government buildings so succinctly embody the warp and weft of history as the Reichstag. Completed in 1894 – very much in the pompous, imperial style that was in vogue back then – it served as Germany’s parliament until being rudely torched during the rise of Naziism in 1933. Damaged during WWII, and riddled with bullet holes by a rampant Red Army, it suffered the indignity of neglect until the Berlin Wall fell. Whereupon it hosted Germany’s official reunification ceremony – and nowadays presides over a booming, progressive nation under a fairytale Norman Foster glass dome. And you can visit!