The best gay and queer-friendly bars and clubs in Berlin

Berlin's world-beating club and bar scene is also one of the globe's most inclusive for LGBTQI+ revellers. Here's the best of it

Berlin: a city known for its brutalist architecure, sprawling green spaces, and increasingly, a world-class queer nightlife. While the fast-thumping heart of the German capital resides in legendary nightclubs like Berghain and Tresor, the city is also home to a well-regarded array of queer-friendly options for those who may want to ease into its infamous party scene. From dingy dive bars to classic East Berlin haunts and karaoke party havens, Berlin’s gay community has built a robust network of some of the most interesting and inclusive gay establishments in Europe. Whether you’re visiting, new in town, or just looking for a good time, here are ten queer bars that are sure to pique your interest.

You'll want some ballast for all that merrymaking – check out the best currywurst stalls in Berlin. 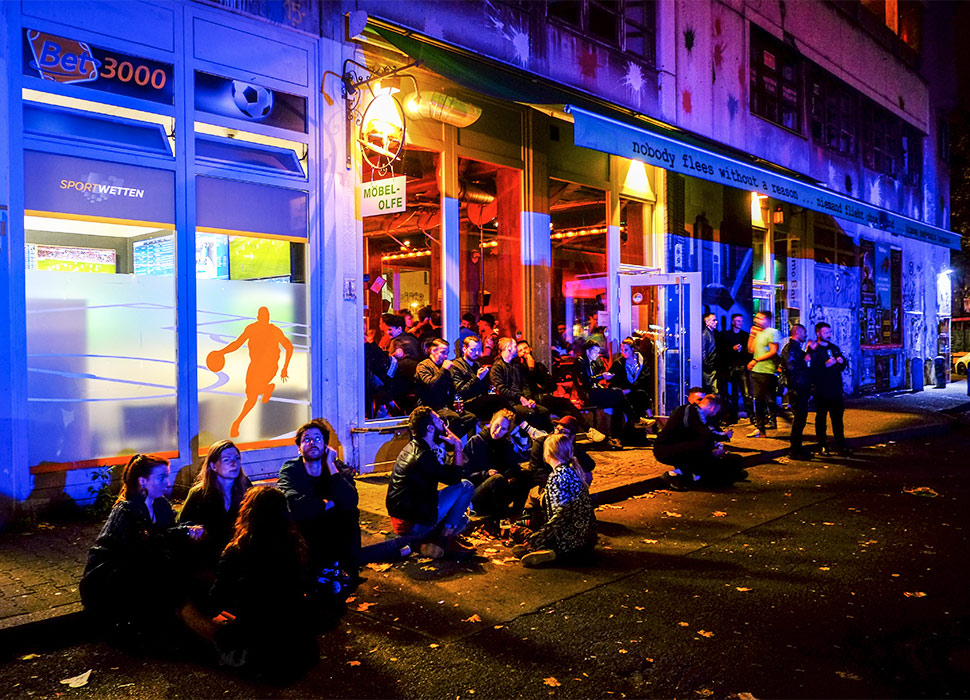 If you have one opportunity to experience the Kreuzberg queer crowd, we suggest spending it at Möbel-Olfe, the nexus around which all other Berlin queer bars seem to orbit, symbolically speaking. With a wide selection of beers and a diverse roster of DJs casually spinning ‘70s rock and ‘80s pop long into the night, it’s the perfect place to get your evening started. Just beware, starting from Thursday nights into the weekend, the bar can get hellishly crowded. But surely that’s the sign of a real nightlife institution? 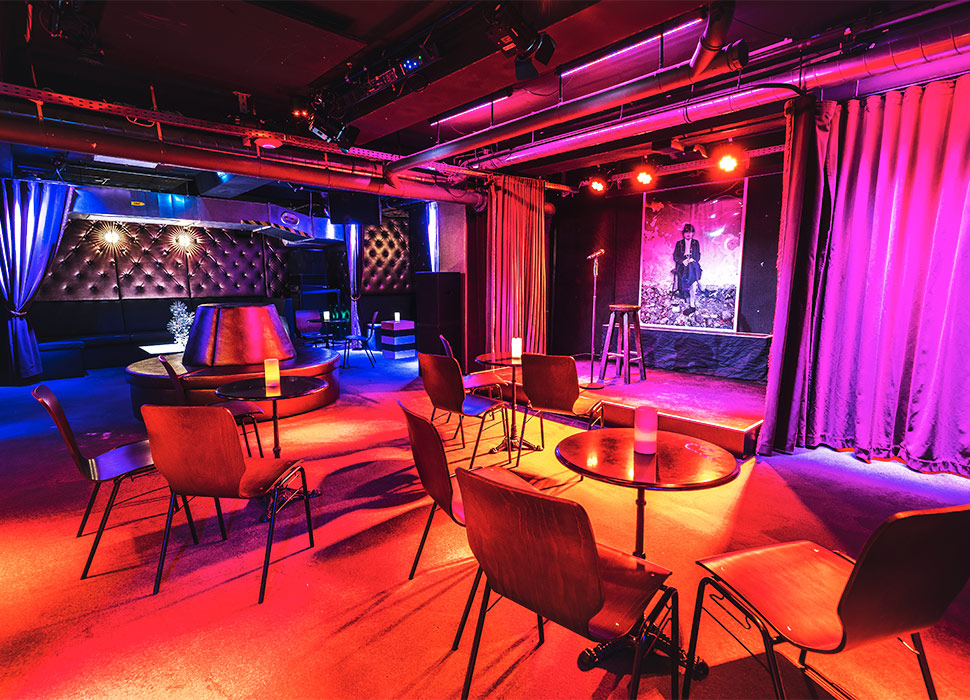 More than any other venue on this list, SchwuZ is a proper nightclub – a massive warehouse space and former brewery in Neukölln that sees thousands of party people come through its doors on an average weekend. Founded in 1977, SchwuZ is currently in its fourth incarnation as one of Berlin’s most enduring queer nightlife destinations. The club is famous for hosting parties dedicated to various pop divas (Madonna, Britney, et al) and on any given night you can find its dancefloors absolutely packed with revellers from all over town.

You haven’t been gay and out on the town in Berlin if you’ve never spent an entire night huddled in one of the pink-carpet-padded corners of Roses, only to emerge bleary-eyed in the early hours of the morning with the sun blazing down on Oranienstraße. Roses is  one of those bars you have to see to believe – with every inch of the walls covered in photos, fairy lights and tchotchkes, it’s as if you’re kooky grandma decided to have all your friends over and unlock the contents of her liquor cabinet.

The New Oldtimer is gay Berlin’s version of the titular bar from Cheers: a place where everybody knows your name. As the name suggests, it caters to a more mature crowd than some of the places on this list, and its 1960s- and ‘70s-inspired décor gives it a frozen-in-time ambiance that adds to the traditional charm. Maybe not a bar to spend the whole night in, but after an evening out in Schönerberg, it’s the perfect locale for a nightcap (or several). 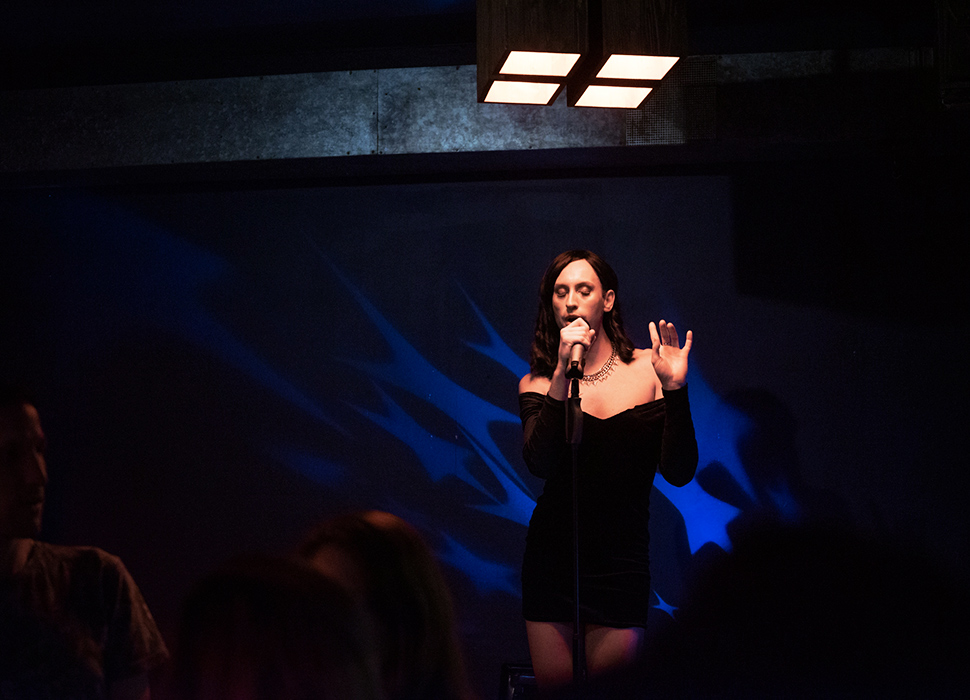 A performer at Tipsy Bear

A newer addition to the Berlin queer scene, Tipsy Bear has become the quintessential gay bar in Berlin’s posh Prenzlauer Berg district. Spacious next to some of the other locations on this list, Tipsy has a robust schedule of nightly events that make it a great place to meet up with friends, order a few rounds and be thoroughly entertained. Drag shows, quiz nights, karaoke – it’s the perfect one-stop-shop for a classic gay ol’ time.

For those willing to take a walk on the wild side, Tom’s Bar is Shöneberg’s most enduring mens-only establishment. Once a strict leather den, they have since loosened the dress code somewhat, although the clientele remains as gruff and rough-around-the-edges as ever. Schöneberg is Berlin’s traditional gay neighborhood, and the entire strip around Nollendorfplatz is home to scores of gay bars for every temperament. While Tom’s is definitely archaic compared to Berlin’s more progressive queer community, it remains an institution.

Südblock is right in the middle of Kottbusser Tor, the eye of Kreuzberg’s chaotic storm. If Südblock is open, then trust it is well attended – on any given day or night, their spacious outdoor beer garden is bustling with partygoers drinking pints of ale and noshing downright delicious bar food (yes, you can get a traditional German schnitzel). Inside, the cavernous club hosts drag bingo, karaoke, and club nights with an array of pop, house and disco DJs. 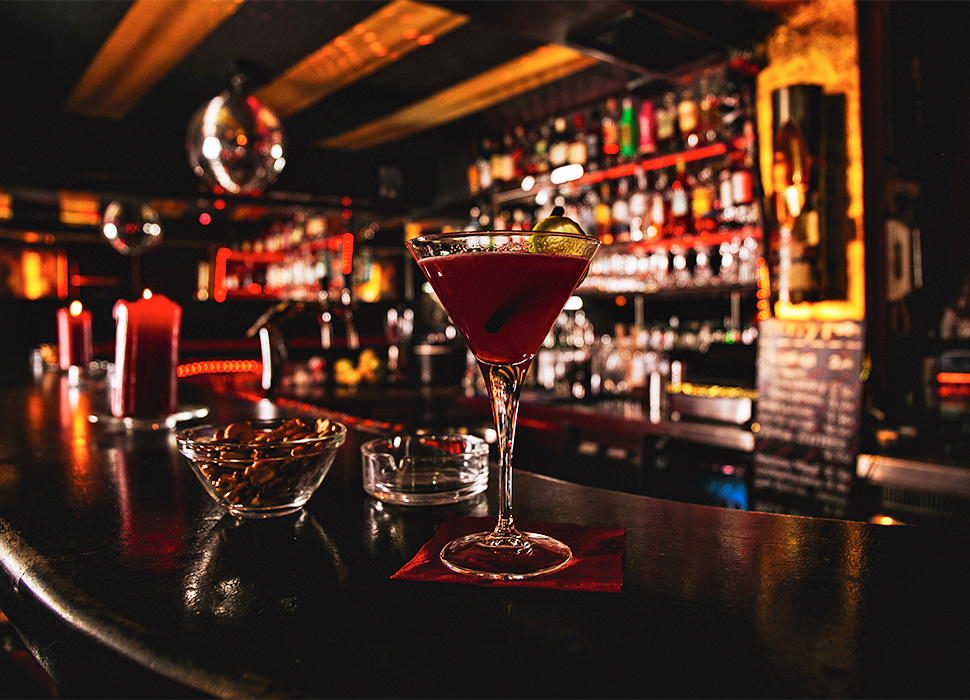 A killer cocktail at Betty F***

Mitte’s Scheunenviertel is one of downtown Berlin’s most historic areas, home to the immense Volksbühne theater and Rosa-Luxemburg-Platz. It’s also where you can descend a tiny stairwell and end up a Betty F***, a dinky enclave of a bar that absolutely goes off every weekend. While the DJ spins ‘90s jams, bar hoppers sing along and dance, in a space that’s no bigger than most other Berlin bar backrooms. Like New Oldtimer, this is more of a pre- or post-game situation, but aren’t those bars always better than the main event anyway?

OK, so this one is slightly cheating – Sameheads isn’t just your typical ‘gay bar’. Rather, it’s a DIY space, fashion label, music venue and night club all wrapped into one, catering to the freakier side of Berlin’s queer art scene. At their Neukölln headquarters, you can see everything from an underground electro set to performance art – be assured that you’ll never have the same experience twice. Imagine the cool best friend from an ‘80s rom-com’s incredible artsy party loft, and you’re halfway there.

Ficken’s naughty name says it all: at this dive bar/dancefloor, you can have a fabulously good time while leaving all your inhibitions on the doormat where they belong. The beer is cheap, the music is loud, and let’s just say, what happens there, stays there (enter the downstairs backroom if you dare!). On any given night, it’s the perfect blend of cozy and anonymous, and when the DJs (who spin everything from techno to Italo disco) really start kicking, the whole upper floor can party until the sun comes up.