Go on an urban art expedition through the streets of Berlin

When it comes to graffiti, murals and concrete doodles, the German capital is basically in a league of its own. These fab tours are your ticket to seeing it all

For years, Berlin has attracted wave after wave of the world’s edgiest urban artists; it’s no surprise, then, that the city is broadly accepted as Europe’s capital of creative cool.

From the bright, vivid colours of Kreuzberg to the mind-blowing, über-murals of multi-level street-art museum Urban Nation, GetYourGuide’s network of well-informed, urban-art experts offers a series of tours for spray-can connoisseurs. Here are five of the best.

Check out the mighty murals at a Cold War relic 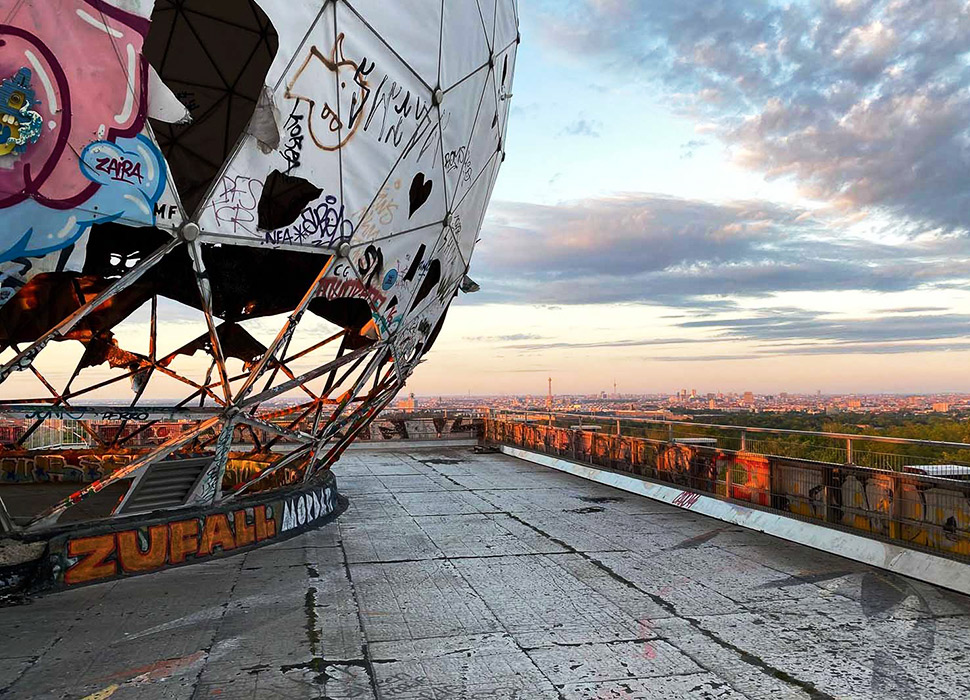 A short trip out of town, 120m-high Teufelsberg (literally, “devil’s mountain”) is a former listening station used by the US army during the cold war. Now, it’s one of the city’s most original and beguiling street-art experiences. This small-group, two-hour tour includes transport and entry and a detailed guided walk that covers the history of the site as well as the lowdown on some of its most distinctive murals. Plus, if you time it right, you can end just in time to enjoy a spectacular sunset view over Berlin.

Learn the ropes at a graffiti workshop 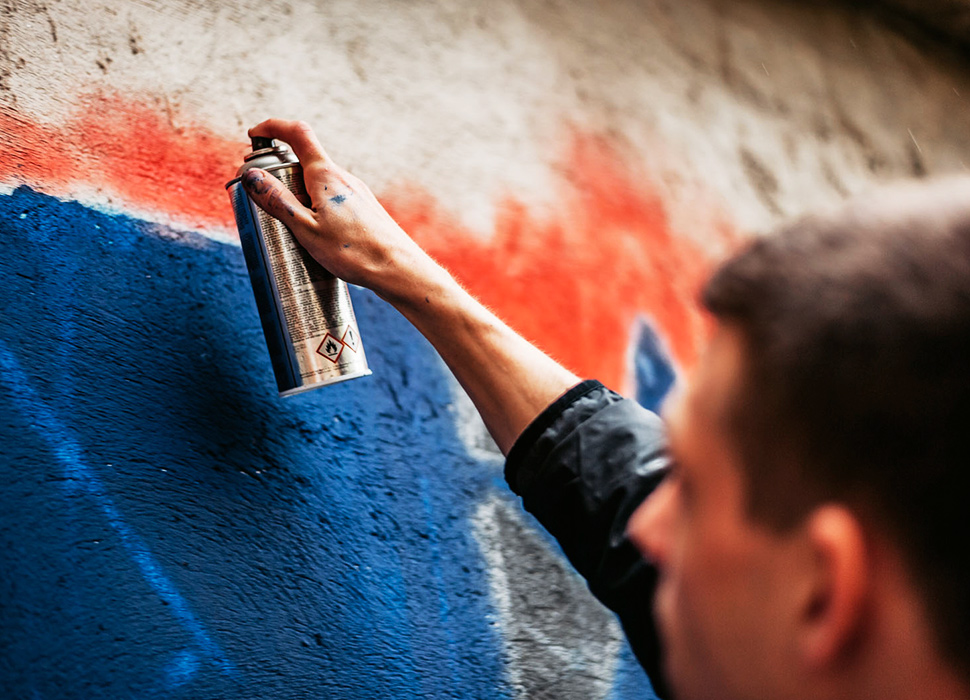 Learn from the masters and return home a spray-can champion / Credit: GetYourGuide

This workshop offers an unrivalled, hands-on intro to the ever-evolving world of urban art with a chance to make your mark on the Berlin Wall, no less, under the informed eye of an experienced street artist. As well as learning about the fascinating backstory on the city’s renowned graffiti culture, you'll get practical tips on how to create something fabulous of your own. And if that wasn't enough, a photographer is on hand to snap photos of you and your work, so you’ll be able to cherish the memory for ever.

Get amongst it in Berlin’s coolest quarter 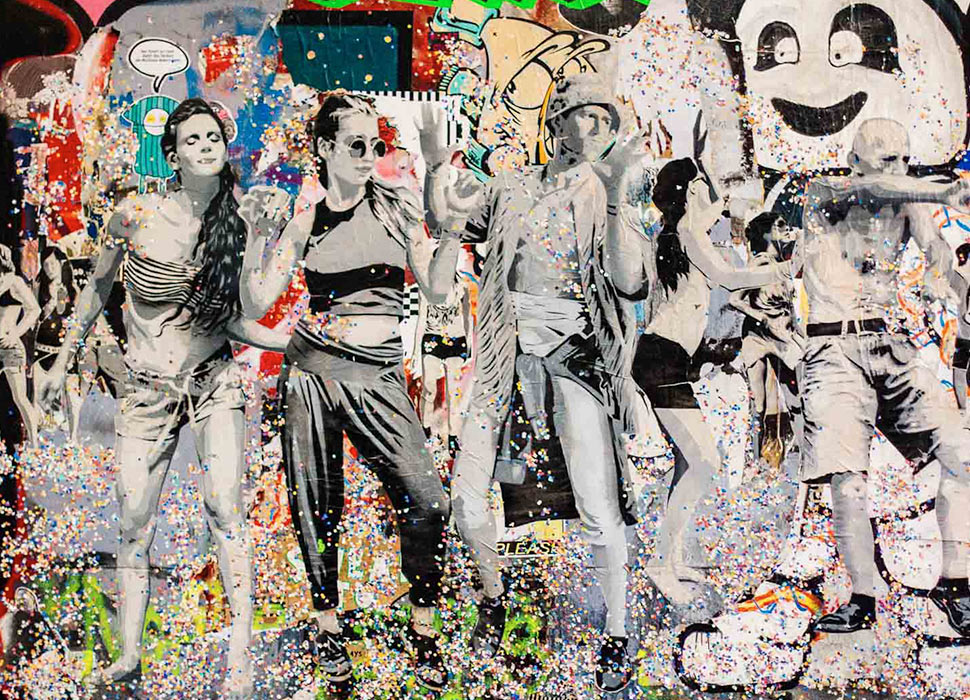 Discover how Kreuzberg got its reputation as Berlin's culture capital / Credit: GetYourGuide

As the city’s hipster HQ, naturally, Kreuzberg has a lot to say for itself when it comes to urban art. Get the lowdown on a friendly, informative two-hour tour led by fully-fledged members of Kreuzberg’s urban art scene. The excursion swings by the neighbourhood’s most important murals from major international creatives, such as Blu, JR and Victor Ash, as well as providing a history lesson on the city’s fascinating punk and squatter scene. It may not cover much ground, but this single-neighbourhood tour is both a solid intro for newbs and a detail-rich outing for aesthetes.

Meeting point: outside the exit of the metro station Schlesisches Tor

See the scene’s greatest hits on a whistle-stop tour 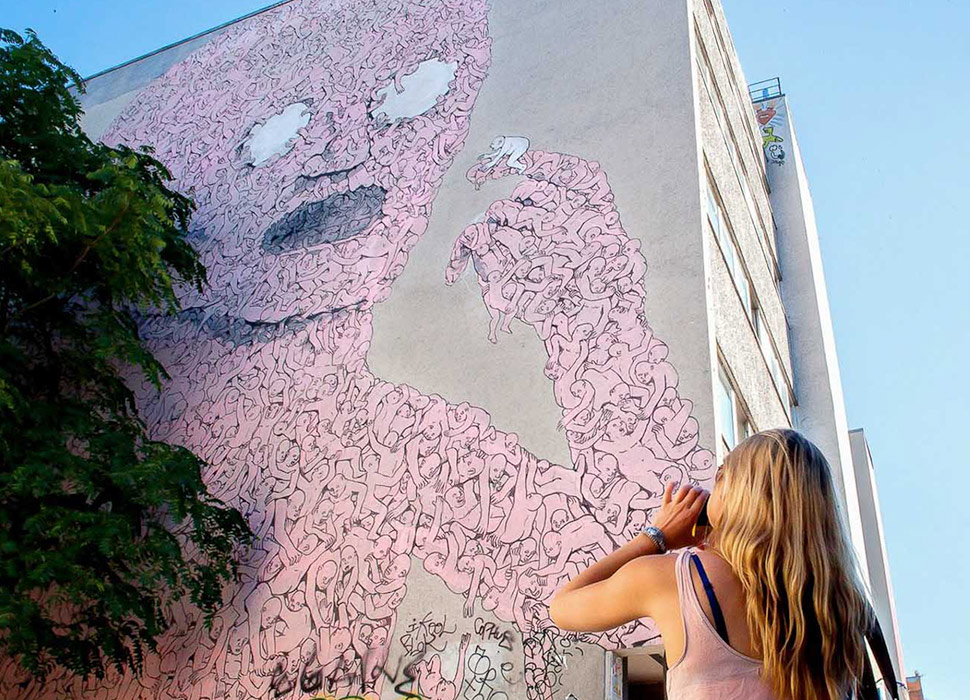 Looking for a well-curated circuit of the capital’s coolest concrete canvases? This engaging, two-and-a-half-hour tour has got you covered. Start at Berlin’s hub of creative cafe culture Hackescher Markt then move on to check out the Pink Man mural from one of the city’s best-known artists, Blu. Afterwards, it’s off to East Side gallery, where around 100 artists have made their mark on what remains of the Berlin Wall, before winding down with a beer at open-air gallery Urban Spree. Wunderbar! 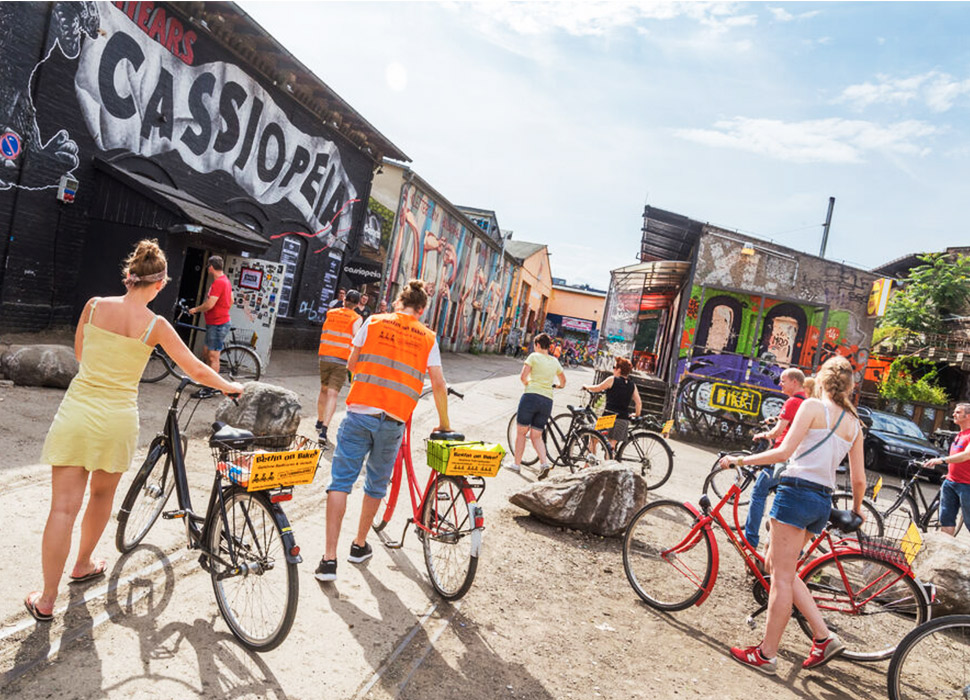 Hit up the city's must-see murals in one go / Credit: GetYourGuide

Berliners are mad about bikes, so you’ll fit right in on this two-wheeled citywide tour that includes the spiritual centre of the local street-art scene: Kreuzberg and Friedrichshain that, if done right, covers many of the city’s must-see murals. Highlights include chic Boxhagener Platz, East Side gallery, Görlitzer Park and SO36 district, as well as an easy-going cruise along the River Spree.

Meeting point: varies depending on the tour booked.

The best gay and queer-friendly bars and clubs in Berlin

The 7 best currywurst in Berlin 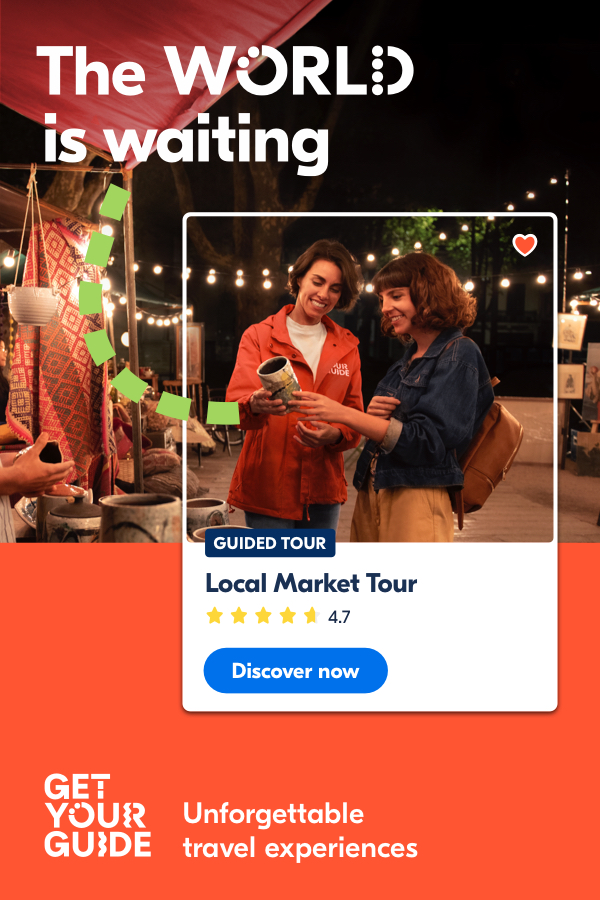