There's a tiny, secret vineyard in Berlin that corks just 700 bottles a year – we took a visit to sample a few glasses

In a grubby street in a grey city there’s a fence. And in that fence there’s a  gate. And through that gate there’s a secret. I walk right past it at first, thinking that what’s beyond must be a scrapyard or an underground techno club or something else too cool for me to understand. But, venturing inside, I spot rows of spindly, two-metre-high vines stretching out across a sloping plot, each one heaving with  bunches of light-green grapes, leisurely ripening in the late-summer breeze. 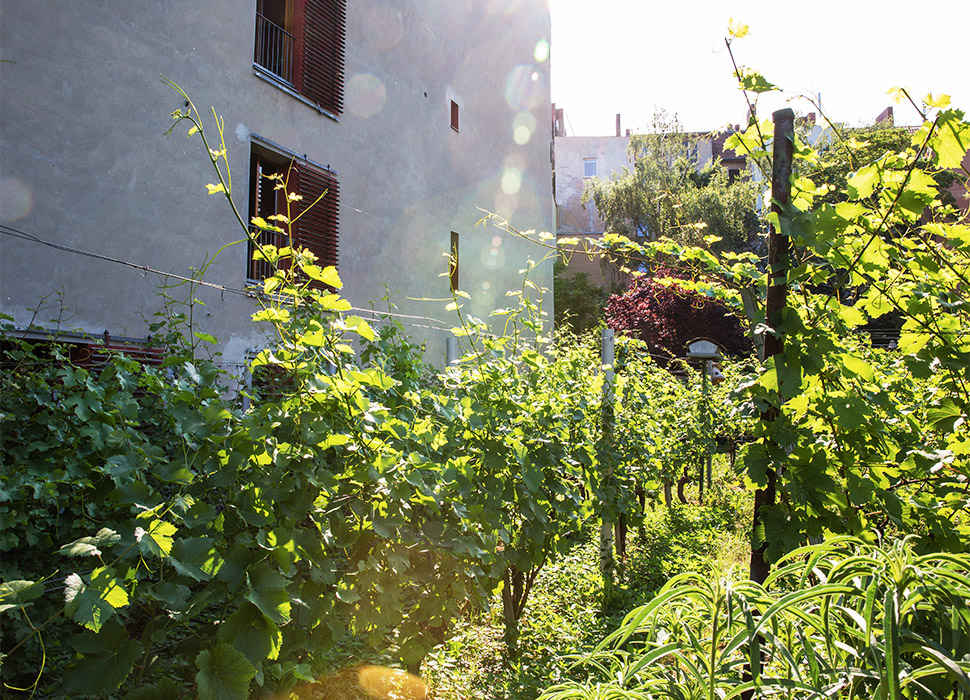 The vineyard is tucked into a scrap of land / Image: Louise Haywood-Schiefer

It feels like Provence, but it’s actually trendy Kreuzberg in the east of Berlin, where the terroir isn’t so much tumbling foothills as a small scrap of land by Viktoriapark. Here on Methfesselstrasse you’ll find something magical, but highly unlikely: a vineyard. Germany’s known for its fairy tales, but winemaking? Not so much. Even so, they’ve turned out their own organic brand here, Kreuz-Neroberger, since the 1970s.

“Our urban vineyard, which is owned by the local borough [Friedrichshain-Kreuzberg], is a lot less than a tenth of a hectare; I’d say it’s roughly the same size as half a football pitch,” says Timo Bieber, one of the three people responsible for running the place. He’s forty-something, over six foot tall and only got into the grape business after he ended up working in a wine shop by chance. Now he’s been producing Kreuz-Neroberger for seven years. 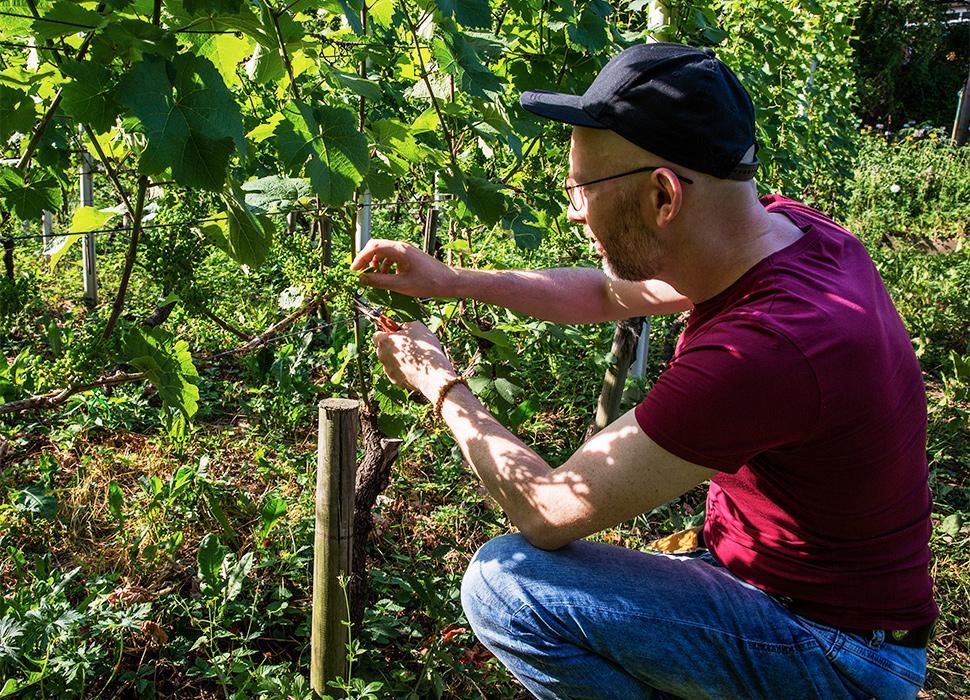 “Berlin’s temperate continental climate allows us to nurture two types of grapes here: Riesling, the commonest planted variety in the country, and Spätburgunder, or Pinot Noir,” he explains. Timo’s also studying Zen with the hope of becoming a master. “You definitely need patience and diligence with plants, particularly as we do everything by hand. We try to keep them healthy, but it’s impossible to force them to grow better fruits, especially as we work ecologically. One major problem can be the weather – a hailstorm can destroy the whole crop and if it’s too damp we get mildew.”

Historically, grapes have been cultivated on the hills of Kreuzberg since the mid-15th century. Indeed, viticulture was flourishing here before it was practised in more renowned places, like Australia and California. But in 1740, a severe frost devastated much of the vine stock and the area never recovered. That is, until this urban vineyard revived the tradition, using modern methods to keep the grapes thriving. 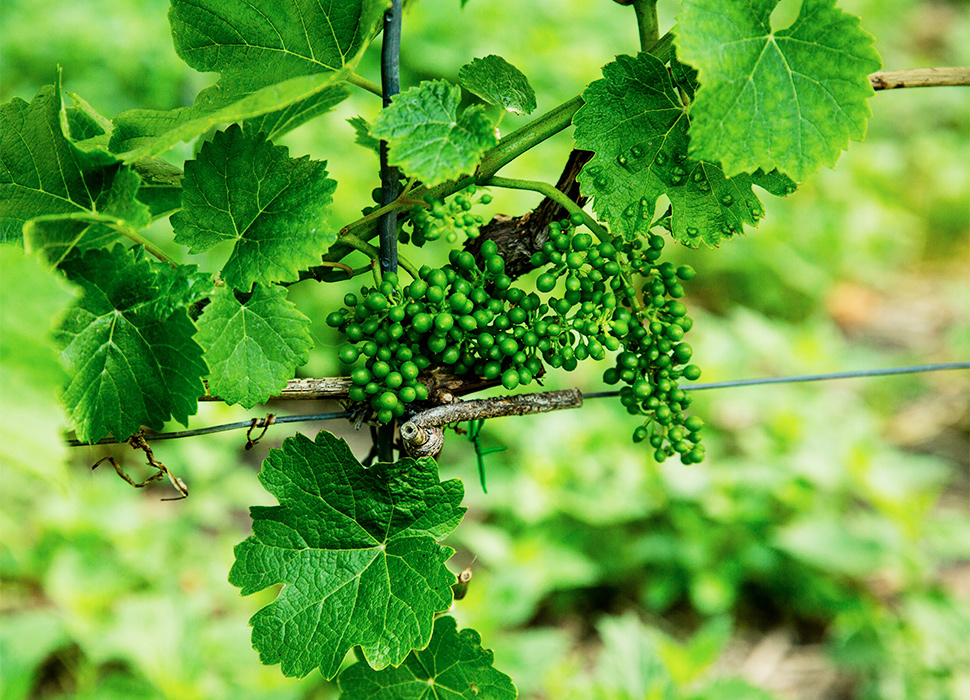 Weinmeister Timo dons a moulded plastic backpack that makes it look as if he’s auditioning for the next Ghostbusters movie and sprays the vines with (organic) fungicides. “We also get wasps, foxes and birds, but if you ask me, the biggest potential pests are humans – if there was no fence, they’d picnic and pinch our grapes.”  The winery was set up in 1968 as a reaffirmation of the city partnership between Wiesbaden, which at the time was in West Germany, and Kreuzberg – back then in West Berlin.

“There was a political context. It was during the Cold War. From 1949 until 1990, West Berlin, which was controlled by the US and its allies, was surrounded by Soviet Union-dominated  East Berlin and East Germany. So, our former chancellor Willy Brandt initiated our project as a sign that West Berlin had not been forgotten by West Germany. To this end, in the late 60s, Wiesbaden – along with Ingelheim am Rhein, which is where our grapes are pressed – gifted us five Riesling vines. Over the next couple of decades there were further contributions from other native towns and districts, which eventually resulted in us having the 350 vines we have today – each one can yield two bottles.” 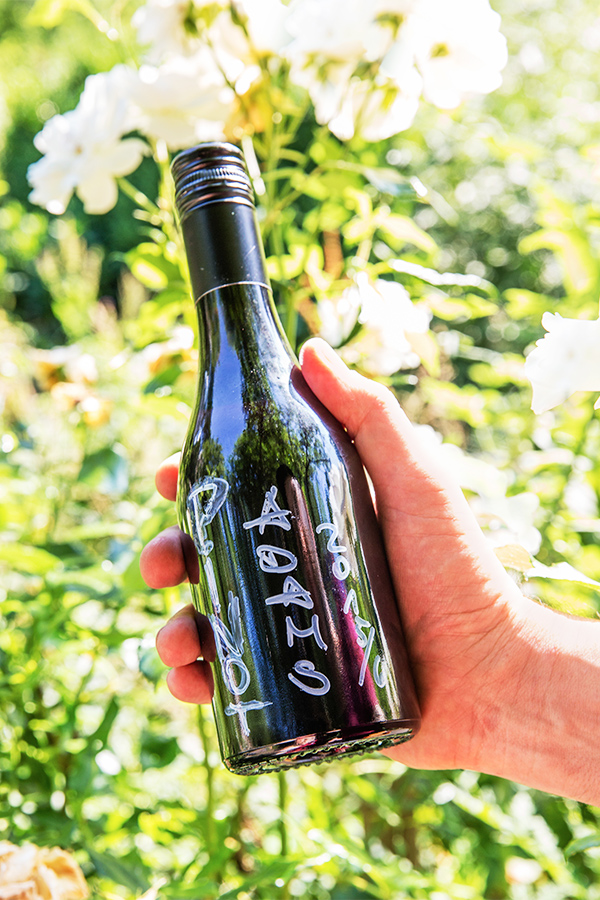 You might think that as this vineyard’s maximum annual output is just 700 bottles, they’d be hard to come by – something like nabbing a 1982 Château Lafite Rothschild or a packet of all-green fruit pastels. In fact, Kreuz-Neroberger is not sold commercially, but handing over a token €10 to the district office of Friedrichshain-Kreuzberg guarantees a bottle. Locals lucky enough to make it to 100 years old also get one.

The big question remains: is it any good? The grapes are harvested in October each year, so I’m a little early to taste the juice (unfermented) of this season’s crop, but I am presented with a glass of last year’s Riesling, which is crisp and slightly fruity, and totally delicious. Timo grins at me as I drink. I think Martin Luther was on to something when he said, “Beer is made by men, wine by God.” This is a miracle on Methfesselstrasse.