Ride the 'Little Train' around Corsica

The French island’s charming railways are its best-kept secret, and experiencing a well-deserved resurgence

Corsica’s unsung heroes are its railways, chugging via towns of contrasting scenery, the view switching between golden sands and blue crescent coves to jagged peaks dotted with medieval villages. Jump aboard to experience one of the Mediterranean’s most gorgeous routes – the Trinichellu.

Officially known as Chemins de Fer de la Corse (Corsican Railways), Trinichellu – or ‘Little Train’, as it’s nicknamed – traverses landscapes roads have never even attempted. It took 20,000 labourers to build the railway in the late 19th century, hand-laying 232km of track across some of the Med’s most rugged terrain.

Even Gustave Eiffel took time out from some big tower project in Paris in 1888 to design the 84m-high Vecchio viaduct. Though the Trinichellu was born amid the Belle Époque’s optimism for technology, Italy’s post-war gloom saw proposals to close the rail network fought off, luckily.

There’s no such talk today though, thanks to a resurgence in local pride for all things truly Corsican. Using the local trains is a way of showing solidarity. 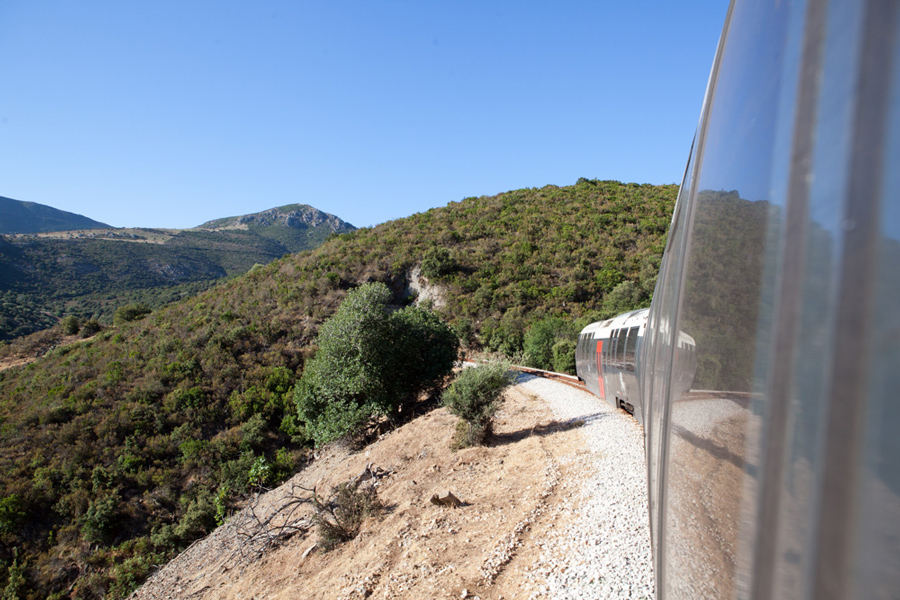 Corsica's trains are a mix of old and new / Image: Carlotta Cardana

This Corsican odyssey begins in the capital, Ajaccio, a port city with more than a whiff of the Côte d’Azur about it. From there, it’s a two-hour ascent up to Corte. The left-hand side of the train is the most coveted, for the best views of the precipitous slopes that kick in after half an hour.

Rattling through pines and chestnut trees in the Vizzavona forest, the train hugs hills high above silver threads of valley streams. The beauty of train travel means you can expect a pain-free arrival into Corte: no creeping into town in traffic, then fretting around unfamiliar streets.

With five hours until the connecting train to Calvi, there’s ample time to delve into two millennia’s worth of history in the Musée de la Corse, housed inside Corte’s magnificent citadel, before diving into the surrounding maze of cobbled lanes dotted with craft shops. 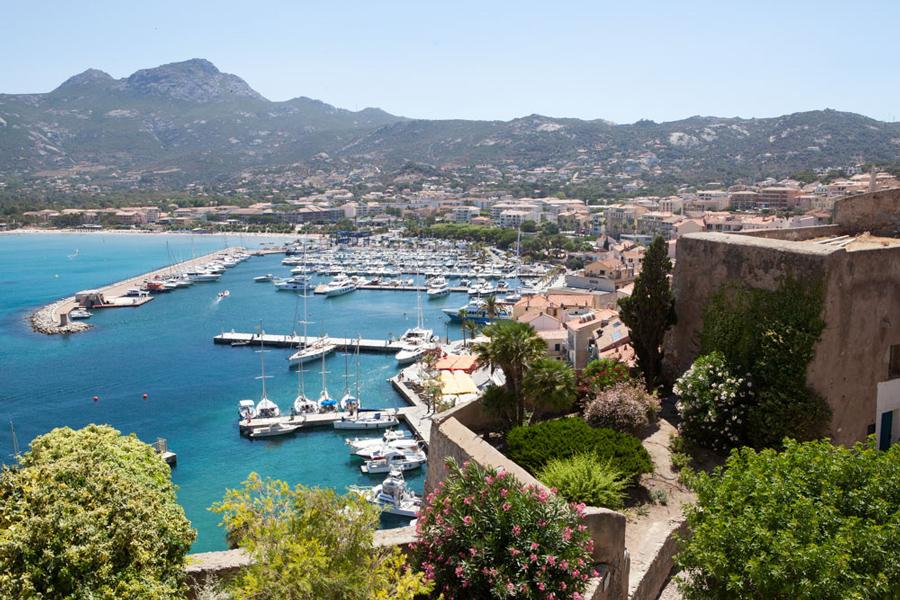 Calvi is full of history – it was stormed by Nelson in 1794 / Image: Carlotta Cardana

From Corte, it’s a chunter through mountain valleys to Ponte Leccia – the island’s inland rail hub. And from there it’s a two-hour ride (via a quick platform change) to Calvi on board a charmingly careworn train that growls like a vintage Alfa Romeo.

The old-timer iron horse zooms alongside fast-flowing river rapids and echoing stations with potholed platforms and windowless buildings. Later it swoops through low hills grazed by lean cattle. Villages like Belgodère dot a moving landscape that looks straight out of a 19th-century Impressionist canvas.

Eventually the line reaches the sea, clattering through the historic little resort of L’Île-Rousse at the northern end of the coast known as the Balagne. The last half hour is a highlight, riding so close to the shore it feels as if the train is actually skimming the dunes.

Calvi glides into view like a grande dame taking the spotlight. This is the town where British naval legend Nelson lost his eye during a 1794 attack on the citadel that guards the port here.

Inside the walls it's a different world to the chic touristy buzz around the yacht-strewn harbour. There are ancient lanes to explore and artfully crumbling buildings, like the Oratoire Saint-Antoine, with its faded 15th-century frescoes.

From April to October, coastal trains make regular 50-minute shuttles between Calvi and the pretty beach at L’Île-Rousse – a great way to sample an idyllic coastline, thanks to a dozen or so request stops. Tell the conductor where you want to get off, then hail a later train to get back on.

At Bodri, you can stroll through fragrant maquis shrubs onto dune-backed sand; at Algajola, there's a 16th-century fort watching over beach activities, from ball games to windsurfing. 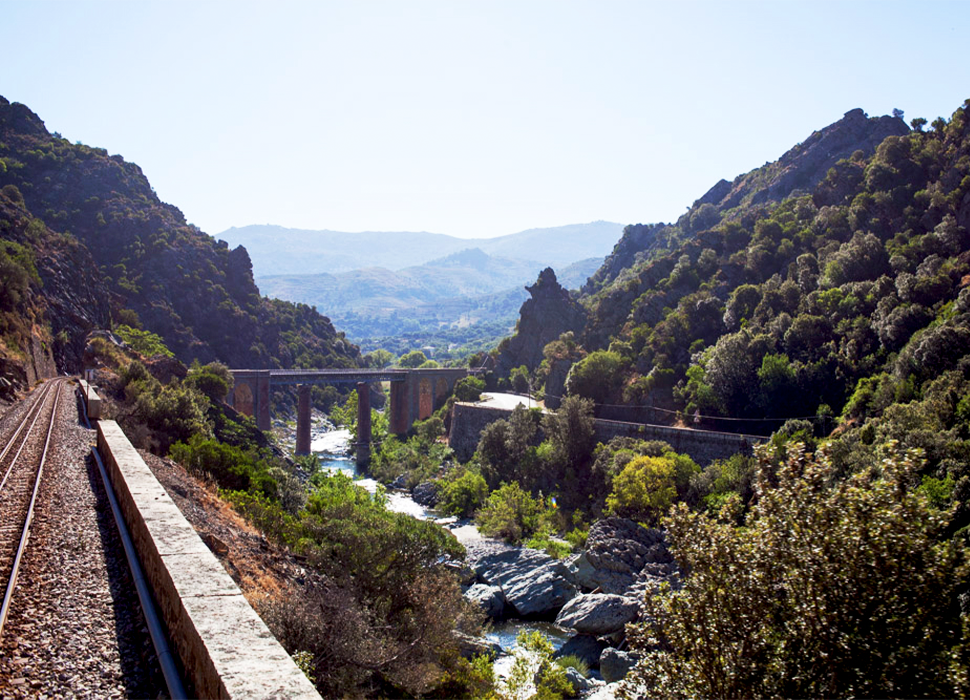 On the final three-hour morning ride to Bastia, the train tears along the coast before climbing through fields where game birds burst from the undergrowth, startled by the train’s passage.

Each passing station presents something different to please the senses: a quirky name like Novella; a boat sitting by the platform, far from the sea; dazzling red and gold rail paraphernalia that looks like industrial sculpture.

The rails criss-cross a river over a succession of high bridges, while vineyards alternate with lovely forest around Barchetta. There’s a long, freshwater lagoon at Biguglia and bird-watching hotspot Lido de la Marana is just a 10-minute walk away along the treebacked shoreline.

The Trinichellu hasn’t really changed much. Sure, it's a little weather-beaten, but it still exudes that distinctive Corsican charm. With a little bit of support, it’ll hopefully still be clattering along in another 50 years.