In 1865, the city’s abattoirs and livestock markets were moved to La Villette, with high-ceilinged buildings and large open concourses constructed to furnish the booming meat trade. A century later, the slaughterhouses closed and major regeneration began, aiming to infuse this district with cultural attractions impressive enough to pull people to its north-eastern climes.

Safe to say – it has succeeded. A mix of world-class music and arts venues (often in impressive former abattoir halls), green open spaces, and, of course, casual everyday bustle, this vibrant area offers surprises at every turn. Blending a kaleidoscope of architectural styles, from Grande Halle de la Villette to Le Trabendo, it is concrete (and stainless steel and glass) proof that uniformity, no matter how beautiful, can be boring.

Although this stretch of the 19th arrondissement could be billed as a nocturnal playground, it’s a mistake to skip its daytime pursuits, especially in summer, when you can swim in Canal de l'Ourcq and rent canoes all the way to Pantin, just outside the peripherique. Follow our guide so you don't miss a thing.

Natural wines, floating bookshops and superior crossiants... these are the best things to do in Paris.

The French capital is known for its awesome eateries but where should you start? Here are the best restaurants in Paris. 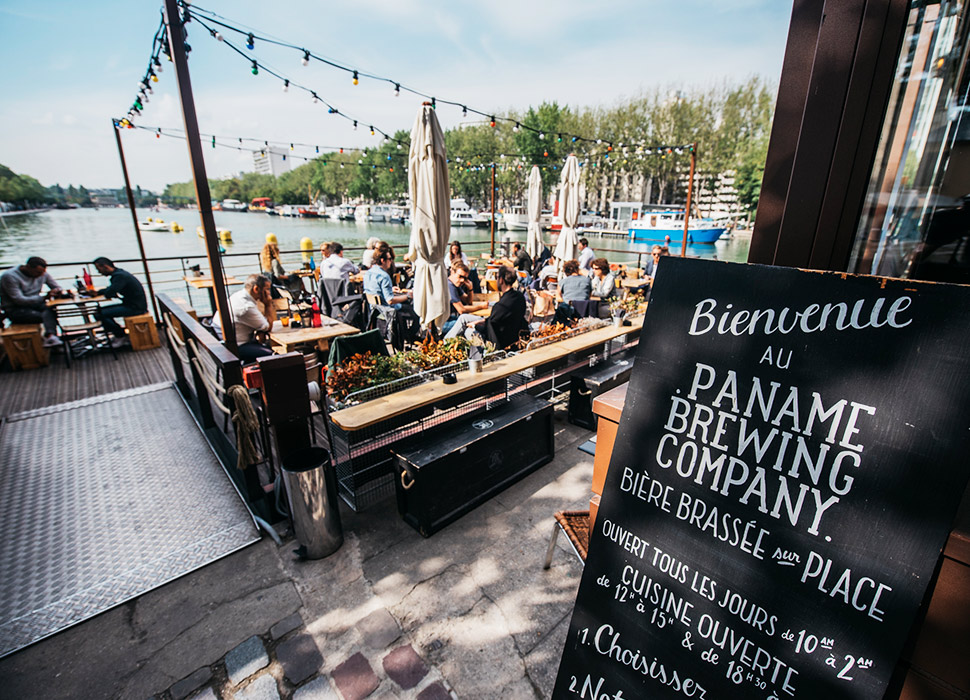 La Villette’s best dining spots border the canal, so expect a side order of waterside views. Craft beer heads will adore Paname Brewing Company, but it’s a hit with foodies too thanks to a carefully curated taphouse menu: think super-thin pizzas, tacos and salads.

Le Pavillon de Canaux is a co-working space, café and bar in the former canal inspector’s digs and needless to say, it’s got the vistas to match. Tuck into gourmet veggie dishes at wallet-friendly prices – the €19 prix fixe lunch features dishes like burrata, melon and fried shiso leaves and summer veg shakshuka. 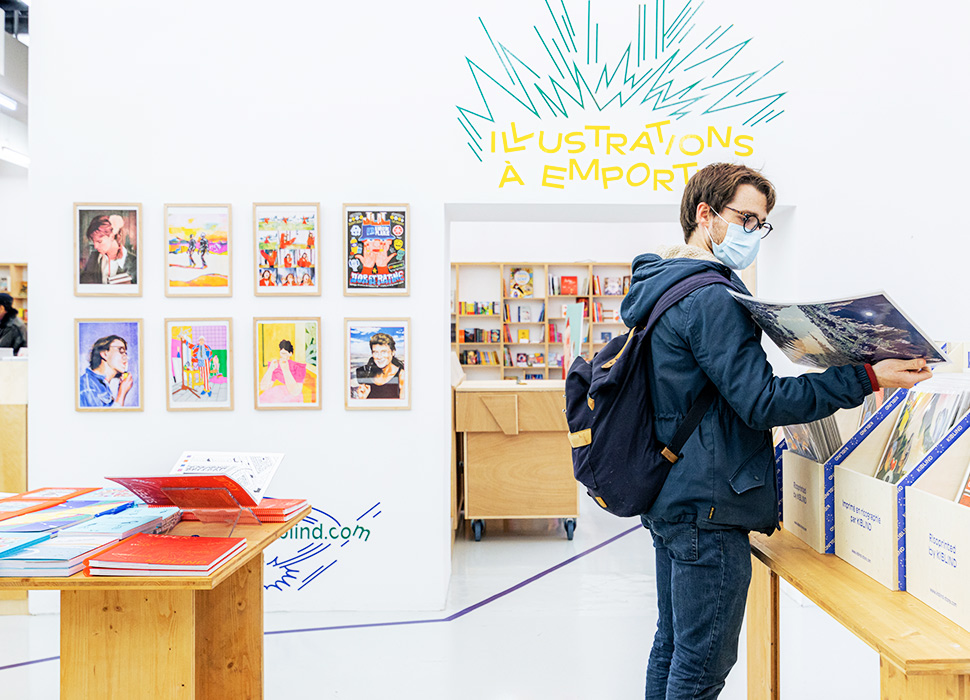 104 is the place for culture vultures / Image: Quentin Chevrier

Find events space 104 in a vast building that used to house the city’s municipal undertakers. These days it’s bursting with life – artist residents of all disciplines make their mark through both free and ticketed shows, workshops and screenings. Café Caché is on hand for refuelling with healthy snacks and veggie fare, and the bookshop is not to be missed. 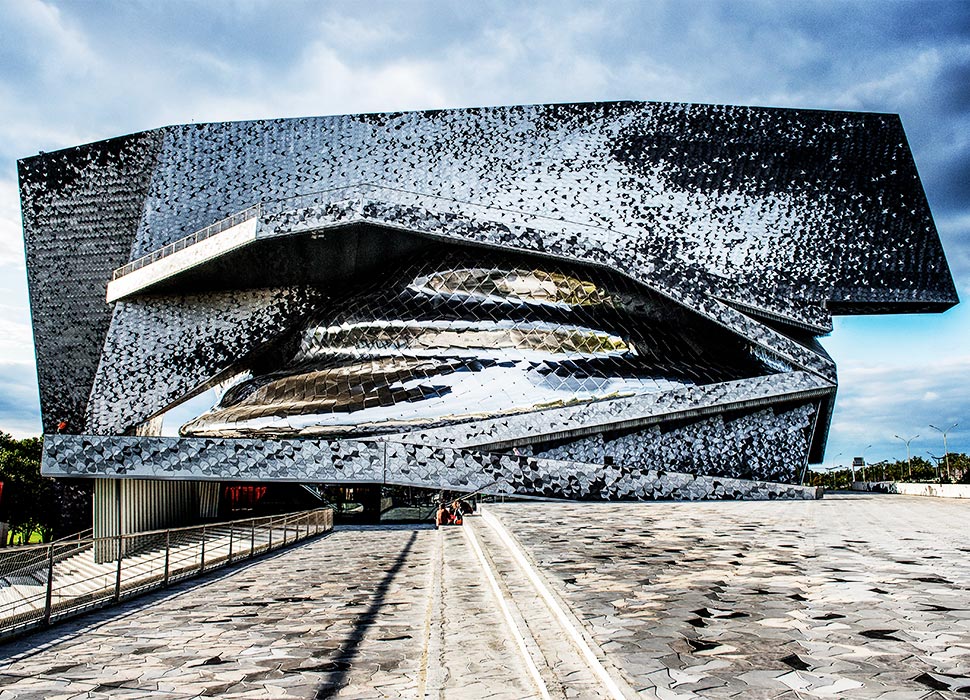 Philharmonie de Paris – a treat for all the senses / Image: William Beaucardet

If you do one thing, visit Parc de la Villette. A cultural hub, as well as a love letter to biodiversity, it is endlessly evolving with the city. Spot Swiss-French architect Bernard Tschumi 26 bright red ‘follies’ dotting the landscape, with each one for a different leisure pursuit.

Science and industry museum Cité des Sciences sits within the park and is the largest of its kind in Europe. Inspiring kids and adults alike, you’ll want to set a few hours aside to explore the often immersive temporary exhibits, aquarium, planetarium, 3D cinema in a geodesic dome and genuine 1950s submarine in the basement.

Prepare to have your mind and ears blown by the Philharmonie de Paris. From the outside, architect Jean Nouvel’s daring aluminium ‘mountain,’ unveiled in 2015, glisters above Parc de la Villette, and on the inside, its 2,4000 seater auditorium offers truly stunning acoustics. An artistic tour de force, bag tickets to any of its classical, world music and jazz concerts. 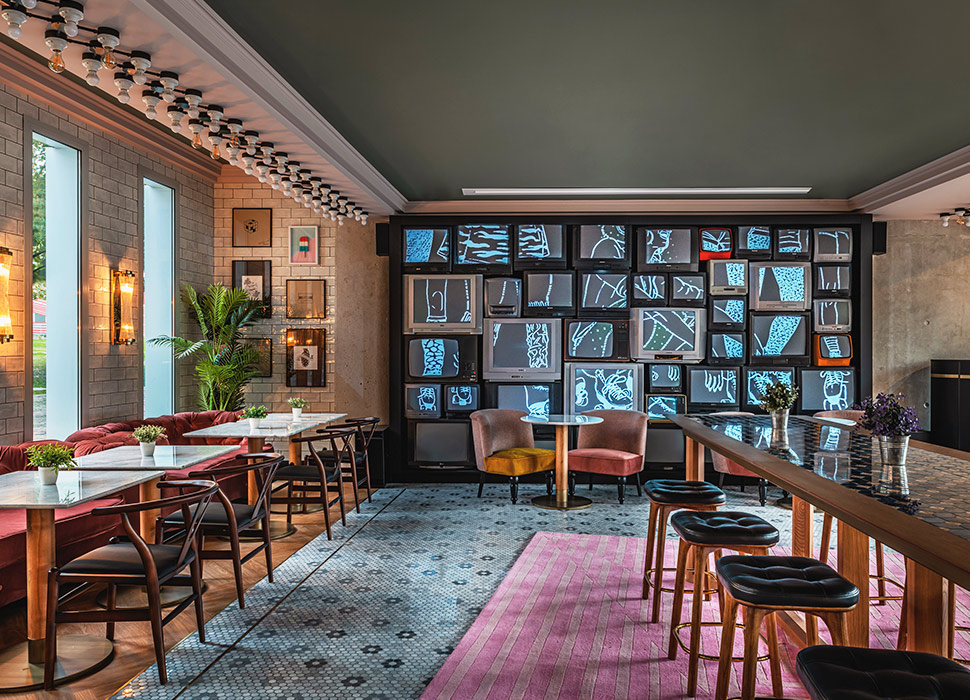 Not a bum note at the ReMIX Hotel

Being less of a touristy quartier, La Villette isn’t overflowing with hotel options, but what’s there, shines. Conjured by Amsterdam-based designer Saar Zafrir and opening on the north-western flank of the Parc in September 2021, boutique spot ReMIX Hotel’s aesthetic pays homage to the area’s musical DNA – desks made of eighties cassettes, plush music hall chairs and chandeliers constructed from horns.

Another great choice within a few minute’s walk from the neighbourhood is Kube, a four-star hotel with 40 airy, Nordic-inspired suites. Guests can enjoy dining and drinking at bar APRES, chill out (literally) at its subterranean ice bar Kube, and then sweat out all the toxins at its high-tech fitness suite. 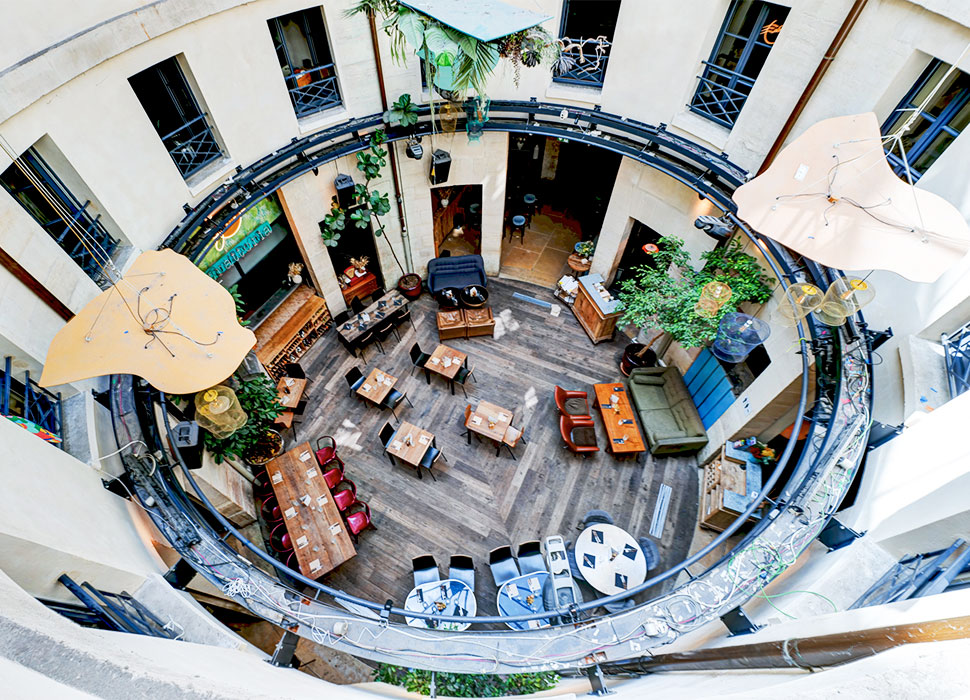 La Rotonde Stalingrad – the place to be

Buckle up because La Villette excels on the party front. Stalwart circus club Cabaret Sauvage (yes, it has a big top!) has been delivering night after night of eclectic programming for over two decades. Get stuck into African, reggae and raï concerts, and DJ sets to take you up to sunrise.

A spot to see and be seen, La Rotonde Stalingrad fits all nocturnal modes. Home to a stellar wine and cocktail bar, a Corsican trattoria and DJ sets with big and emerging names, start with an Aperol on its tranquil terrace and see where the night takes you.

Jazz in a former SNCF train station? That’s La Gare in a nutshell. Arrive early to grab a spot for the 10pm start (happy hour is 5-7pm). Then stick around until midnight when it switches gear to become La Gore: acid, techno and house every day until 6am. 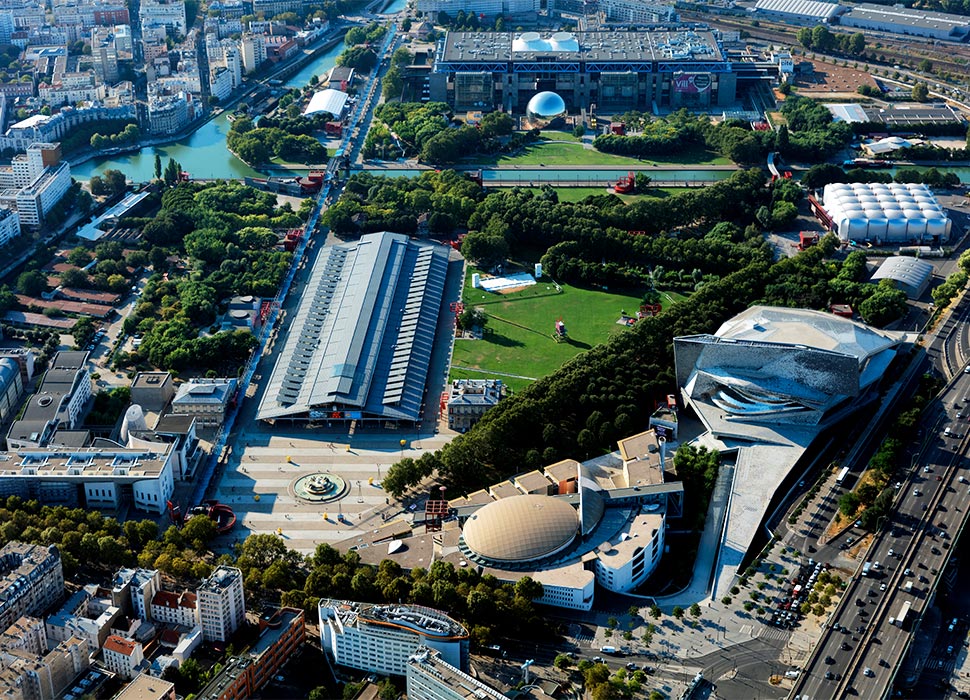 Friendly locals?  With all its cultural goings-on, conversation will never run dry with the residents.

Claim to fame?  Parc de la Villette is the largest deconstructed building in the world and one of the pioneering works of the deconstructivist movement.