The best cocktail bars in Paris

The swooning French capital also happens to be one of the best places in Europe to try expert mixology. From super speakeasies to a vinyl bar and classic dives, these are the best places to drink cocktails in Paris

The drinks are ace, but if you're looking for more entertainment in the City of Lights, here's the best things to do in Paris.

The French are also pretty handy in the kitchen. Here's our rundown of the best restaurants in Paris. 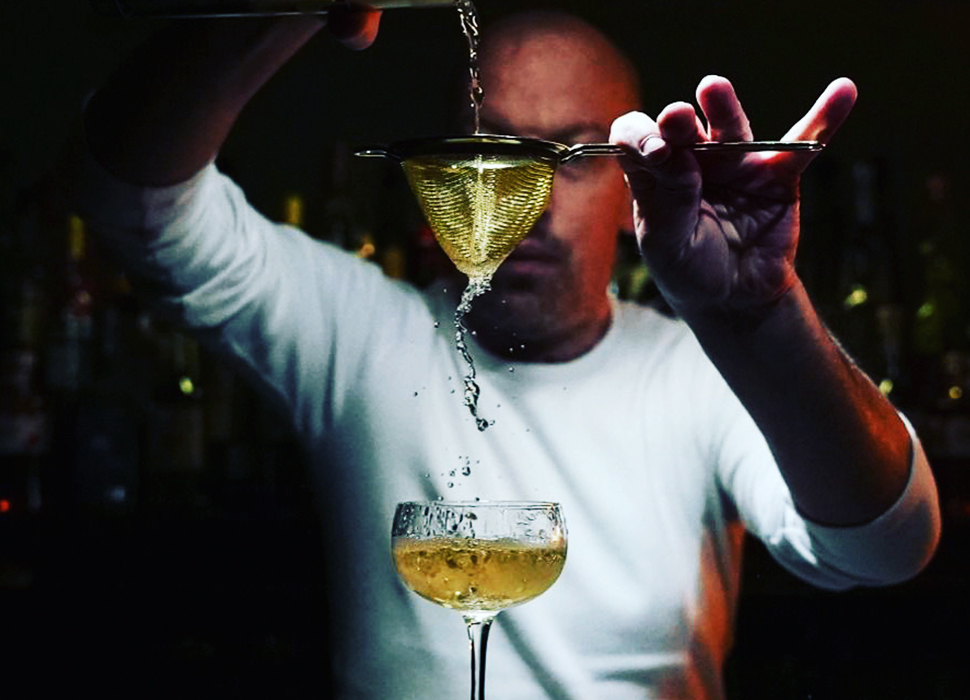 Joseph Akhavan pours out a strong one at Mabel

Barkeep Joseph Akhavan’s small, secreted-away space is hidden behind a cheese toastie shop on the Rue d'Aboukir in the city’s Sentier district. It specialises in rum (more than 100 varieties) as well as a number of elaborate, refreshing-sounding cocktails that includes the Natural Beauty (gin, elderflower liqueur, granny-smith apple and tonic) or The Fisherman’s Friend (aged rum, pineapple juice and fresh mint). Expect traffic on weekends, when reservations are recommended. 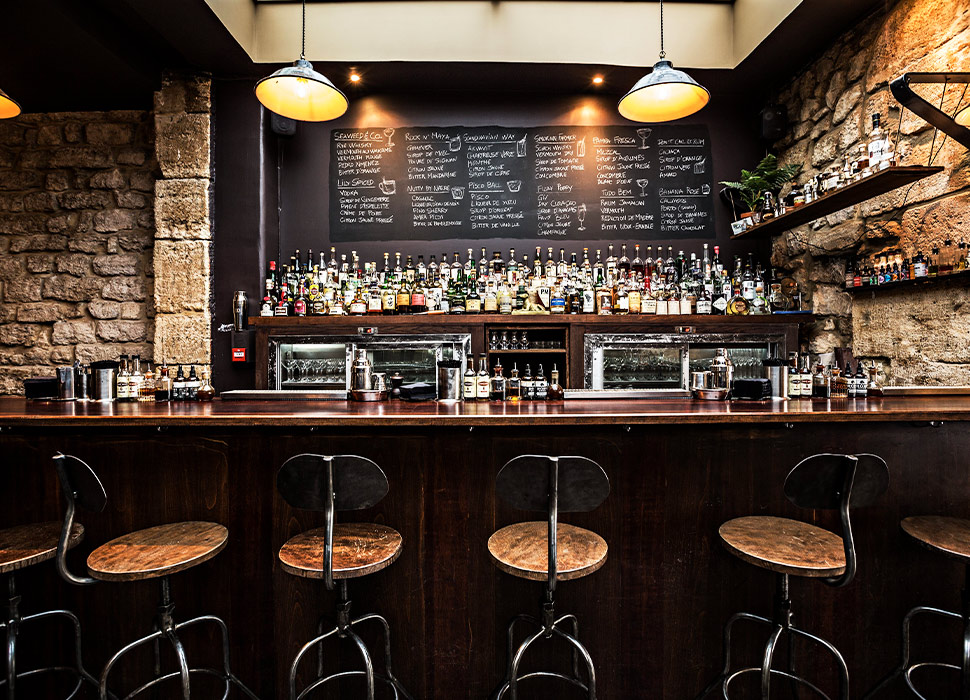 This Paris cocktail bar feels like it's been around forever (est. 2012), but it's still very much in favour with an everyone-knows-everyone Marais in-crowd – especially at weekends when DJs take up residence until 2am. That’s not to say the loyalty isn’t justified. The smart, two-room space is beautiful and the creative, well-crafted cocktails are dependably delicious (try the Shimbashi with Japanese whisky, fino sherry and bitters) and, despite the trendy address, no-one’s trying too hard. 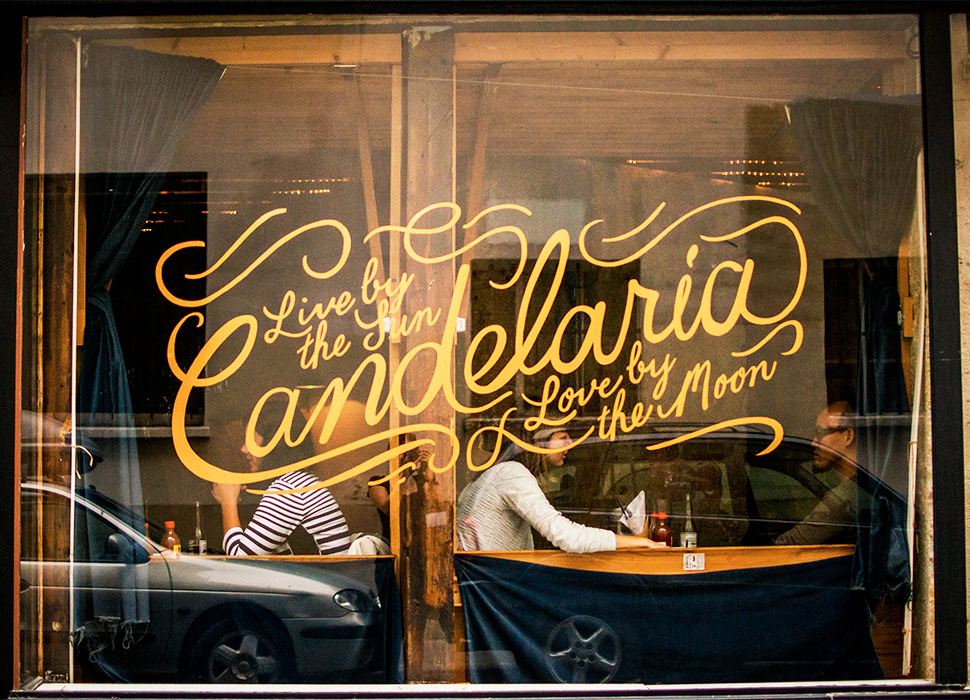 Itty-bitty taqueria out front, long-standing cocktail boîte par excellence out back, this reliably vibe-y Le Marais drinking den has been around for a decade but it’s popularity shows no sign of diminishing with the neighbourhood's clued-in creative class. Expect a small roster of very well-made Mexican comfort food combined with a colourful cocktail menu that pays homage to lesser-known agave spirits. Try the shouldn’t-work-but-does Mango Bango with tequila, chilli-infused mezcal and clarified mango cordial. Yum. 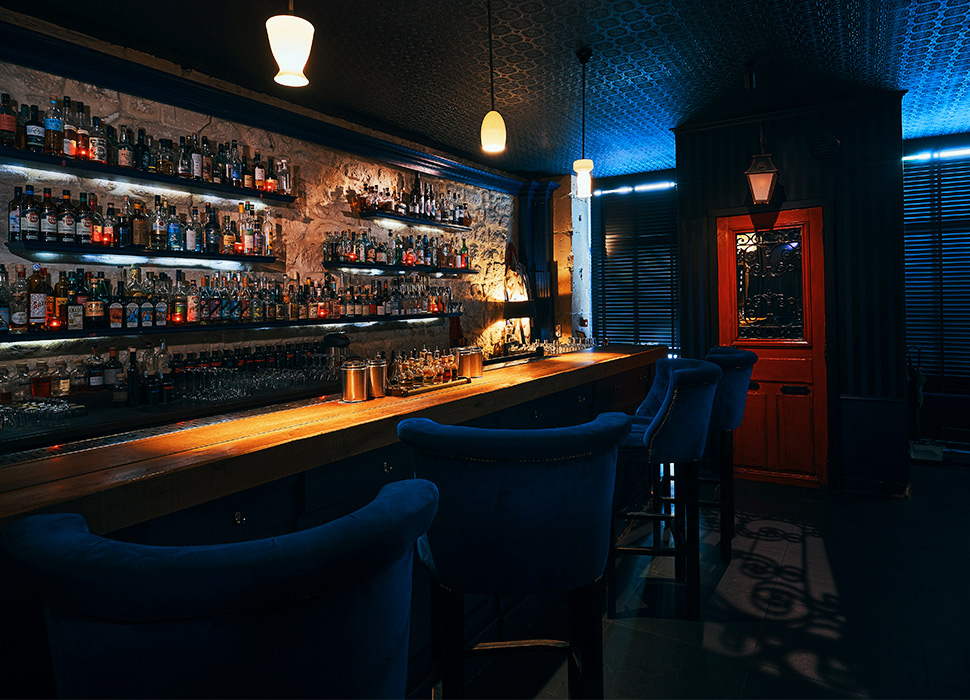 A crimson-coloured portal leads to the best-known bar in Paris / Image: Aron Farkas

The best-known bar in Paris? Little Red Door is definitely up there. By now, the whole city must know that the small, crimson-coloured portal on Rue du Charlot in Le Marais leads to shapeshifting bar duo Timothée Prangé and Dotan Shalev’s standard-setting speakeasy. Despite its vintage, Little Red Door has maintained its bar clout  with witty drinksmithery and an atmosphere that manages an insider's vibe without being standoffish with strangers. The pair’s newer spot, Lulu White Drinking Club, in Montmartre, is just as fun. 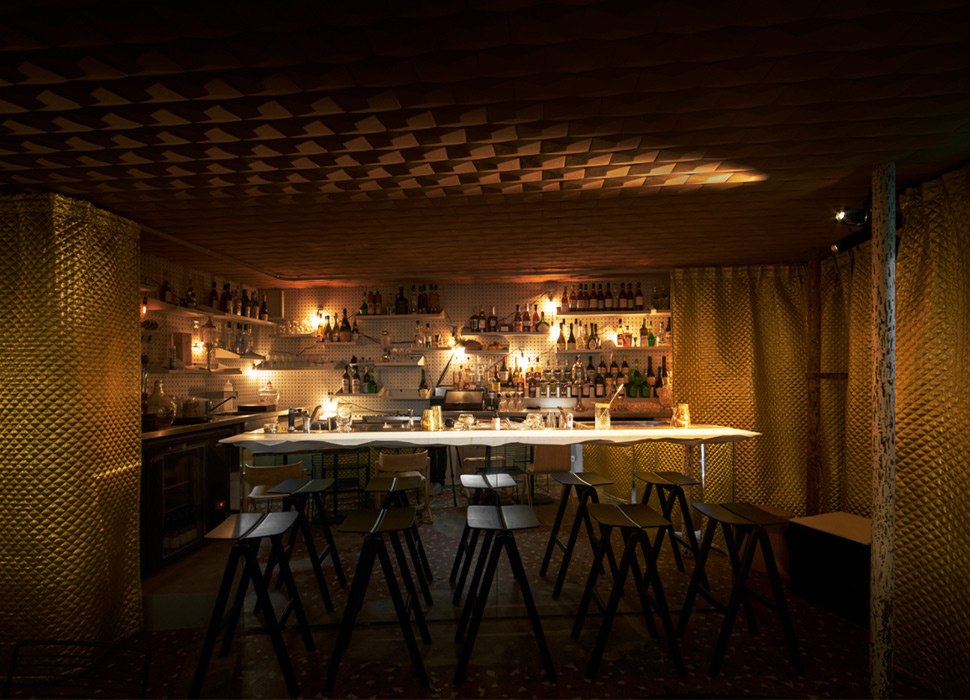 Every drink at Le Syndicat is made with French spirits

Through a nondescript doorway on Rue du Faubourg Saint-Denis, mixsmiths Sullivan Doh and Romain Le Mouëllic run Le Syndicat, a hiding-in-plain-sight hymn to obscure French spirits. Every cocktail is made with home-country ingredients. Think, calvados from Normandy, Armagnac from, well, Armagnac… That might be what inspires such a loyal crowd of regulars, but it could just as easily be the dive-y, don’t-care vibe and the consistently well-calibrated cocktails. Either way, it’s popular but très petit; expect a wait on weekends. 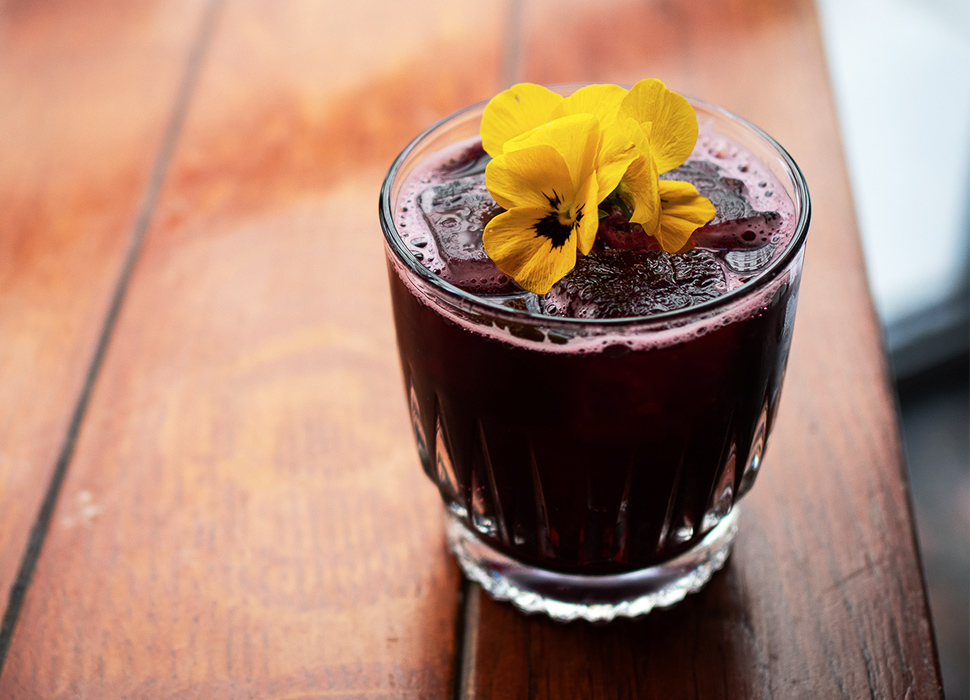 A bright, peppy corner bar in the Le Marais loved as much for its cooking as for its cool, unfussy cocktails. Le Mary Celeste is the type of bar where you'll find satisfying drinks like the super-refreshing, zero-alcohol Coffeelada with cold-brew Ten Belles coffee, coconut milk and pineapple juice (with optional mezcal spike) and the Elle a Dit Oui (gin, white vermouth and lemon juice). Service is quick and unsnooty and there’s a decent-value weekend happy hour, too (with €1 oysters from 3-6pm Saturday and Sunday). It takes reservations, too. 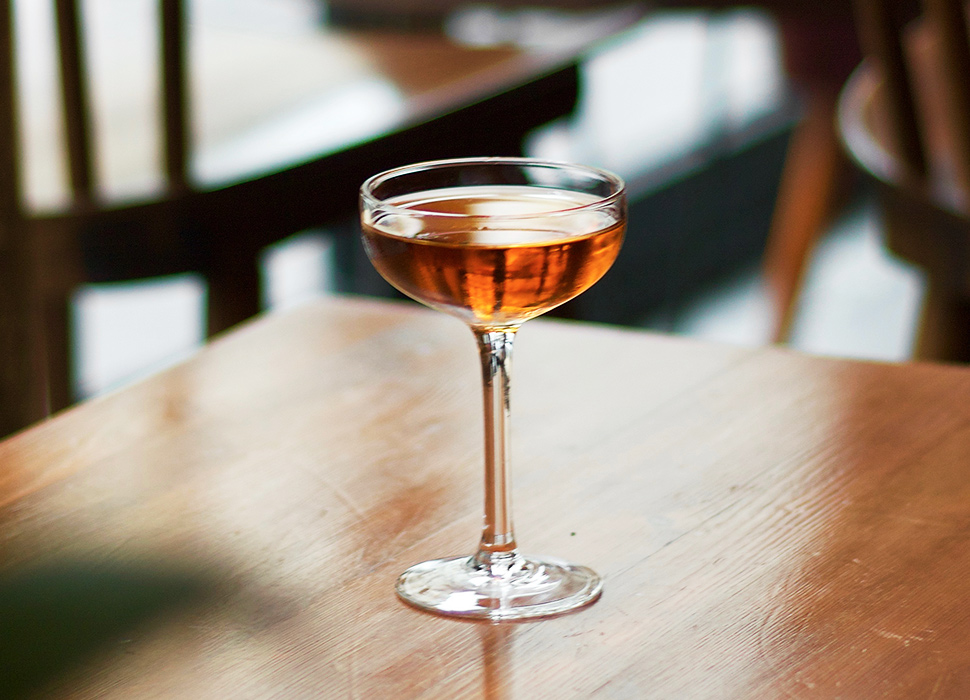 A textbook cocktail at Fréquence

Knowingly or not, this ace vinyl bar on Rue Keller in the 11th arrondissement borrows a concept from Tokyo’s many record bars. The difference? Here there isn’t quite the emphasis on hushed reverence for the music (a mix of soul, reggae, jazz); instead, a creative crowd spills out onto the street with the 45s spinning until 4am Thursday to Saturday. The bar food is excellent, too, and the cocktails (care of ex-Sherry Butt bartender and co-founder Guillaume Quenza) are consistently on point. Highly recommended. 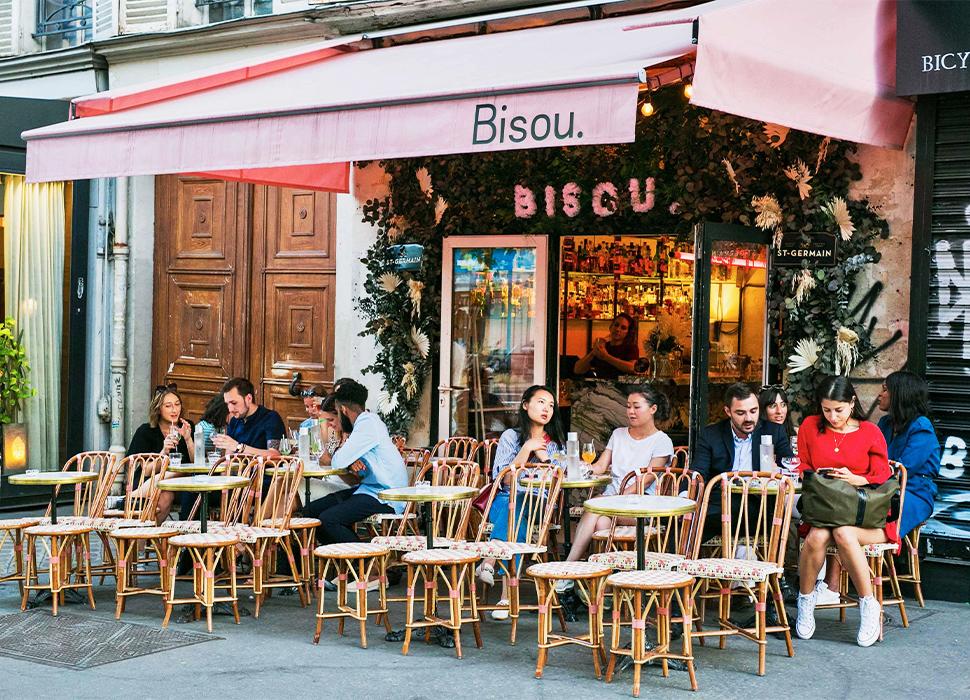 Bisou is a hub for Insta-aficionados / Image: Ronan Le May

With its peachy decor and slightly camp, coral-hued cocktails, Oberkampf’s only colour-coordinated bar gets a steady share of international Insta-traffic. But don’t let that put you off. This place isn’t taking itself too seriously; the drinks show care (all bespoke and no menu, but cocktails are €12 a pop), the service is warm and the outdoor street seating makes for a pleasing session of Parisian people-watching any day of the week. 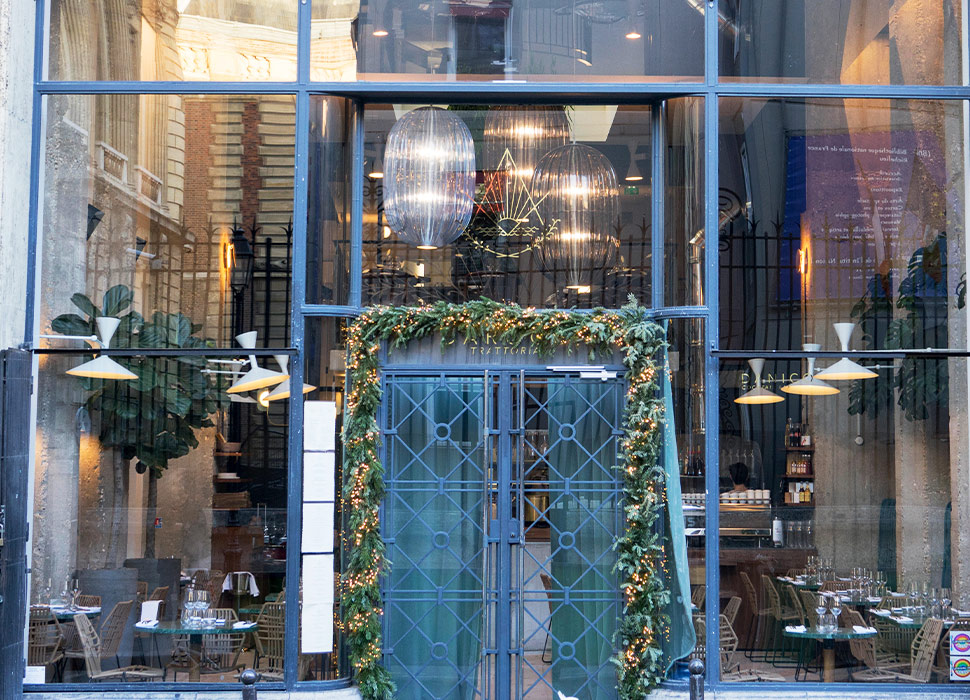 At this elegant, upscale space hidden behind pizzeria Daroco on Rue Vivienne in the city’s 2nd arrondissement, drinks show serious precision and panache. We loved the Tokyo Banana (Japanese whisky, verjus and carbonated banana water) as well as the equally refreshing You Son of a Peach! (rum, peach liqueur and white-truffle bitters). Despite its designs on a high-end crowd there’s still a sense of humour here, with an in-on-the-secret feel combined with friendly, bantering barkeeps.

Set up in 2017 by an all-female bar trio led by well-known drinksmith Margot Lecarpentier, this never-less-than-brilliant boite on Rue de Belleville is all unfinished, urban chic and effortless, money-can’t-buy cool. There's a fiercely loyal crowd of locals who come for the delicious, BS-free cocktails. That could mean a very well-crafted classic or one of the team’s own creations, like the Kuribo (shitake-infused tequila, saké and pink grapefruit juice).