When it comes to France’s favourite cream bun, nobody does it better than L’Éclair de Génie

With a name that translates as ‘lightning’ because they disappear in a flash, the éclair has quickly worked its way into the hearts and mouths of the French since it was created in the 19th century. The best place to go for one of these heavenly finger-shaped pastries stuffed with cream is Paris, and, in the City of Light, one place stands alone as the home of the éclair.

Unlike a traditional French pastry shop, L’Éclair de Génie in the Marais specialises in just one thing – éclairs. They come in a huge variety of flavours, which change with the seasons: in different months, you can expect rose lychee, lemon meringue or vanilla pecan.

Then there are souped-up versions of classics, like grand cru dark chocolate, while, in the summer, frozen éclairs glacés are the perfect stand-in for your run-of-the-mill ice cream. 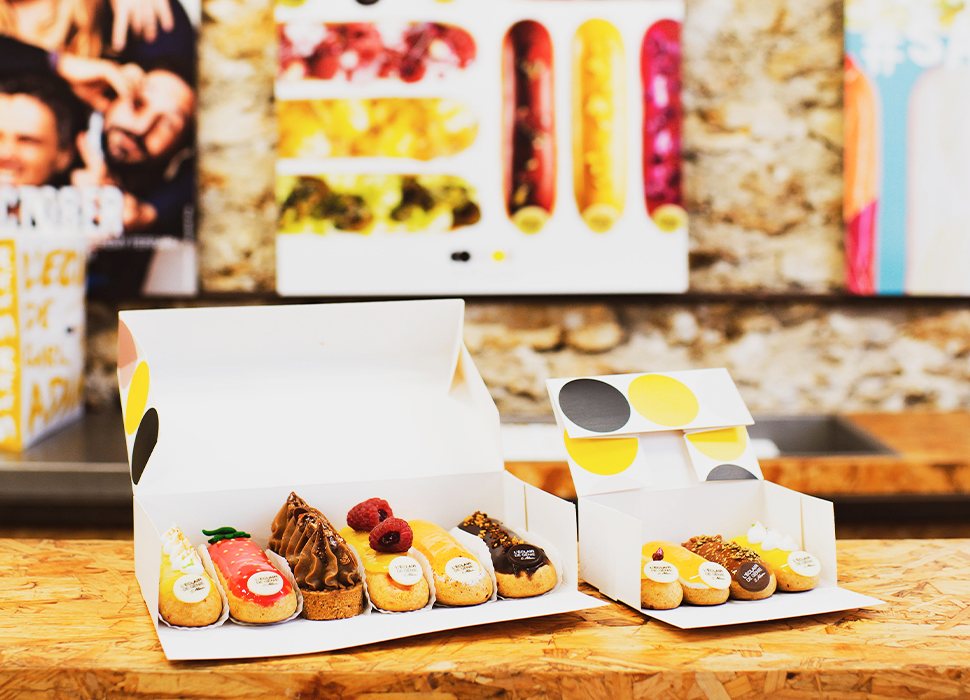 Pastry chef Christophe Adam, formerly of Fauchon, created this mono-product boutique. There are now five shops in Paris, including La Fabrique (the workshop), the biggest of them all and a full-blown café on Rue de Pavée, where you can have a sit-down meal ending with these beauts.

Each éclair creation is numbered, and rotated in and out of production. There are over 300 types, though you’ll only find a handful on display. All the more reason to keep coming back.

With the fashionable boutiques of the Champ-Élysées and the Eiffel Tower within easy reach, city-centre stays don’t get much better than the Crowne Plaza Paris-Neuilly. Enjoy long lunches out on its summer terrace or choose from more than 70 bottles of Champagne at the elegant 58 Bar & Lounge.