Our writer gets wilfully tied up in knots / All photography: Laura Stevens

As we emerge from Covid with a new focus on playful joie de vivre, more esoteric forms of pleasure are having their moment – and one Parisian guru is popularising an ancient form of Japanese rope bondage for a new generation

Our writer gets wilfully tied up in knots / All photography: Laura Stevens

With the majority of the world having been holed up for the best part of two years, it was only to be expected that we’d all emerge sexed up and in need of some intimate connection. Our release (in every sense) has led to a post-covid boom in holistic sexual expression – or a ‘sexplosion’, as some people are (quite horrifyingly) calling it. For some, it’s about hooking up with as many people as possible to make up for lost time. For others, it means trying out erotic exploits that were once seen as taboo, but have made their way into the mainstream thanks to that pent-up pandemic sexual energy and the sex-positive movement that’s come with it.

S&M down, it's time to declare some love – these are the most magical (but not clichéd) places to propose in Europe.

Marriage set, how about visiting the most outright romantic places in Europe (and some alternatives for cynics)? 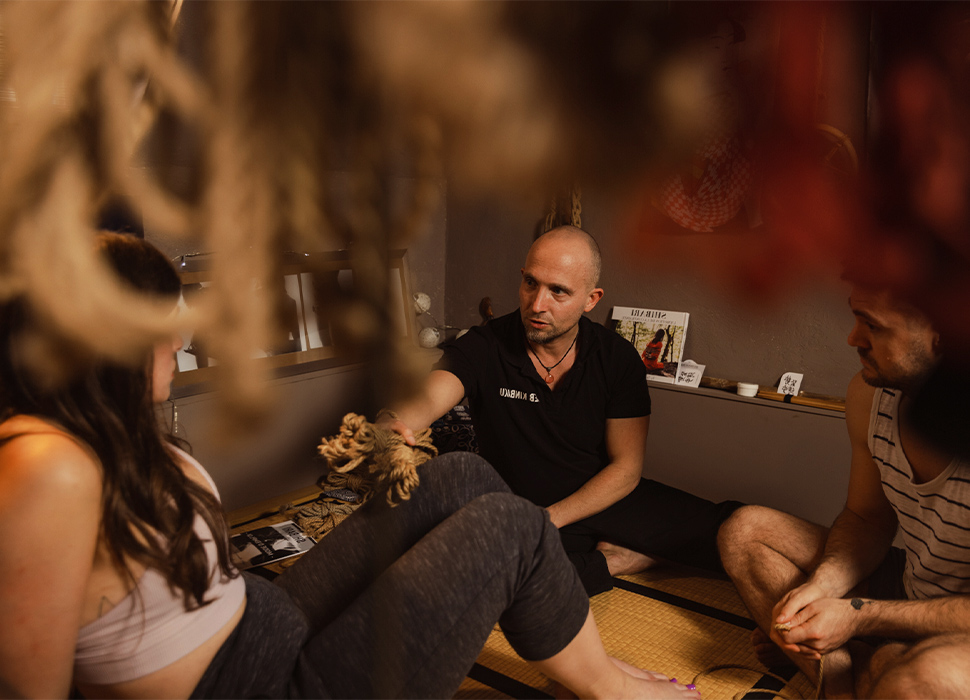 ‘Shibari’, a type of intricate rope bondage that originated in Japan, has become particularly widespread. You may have come across it while using the kink-friendly dating app Feeld, or from reports about (gulp) Armie Hammer’s unusual predilections. Keen to get entangled with this new trend, I’ve roped my boyfriend, Nick, into a trip to the City of Love, to take part in a workshop. Having once been dubbed the world’s most sex-positive city by adult mobile app Laveeza, it’s unsurprising that the people of the French capital have embraced shibari. So much so that it even made its way onto the runways of Paris Fashion Week SS22, inspiring garments by the likes of Marine Serre and Lecourt Mansion. 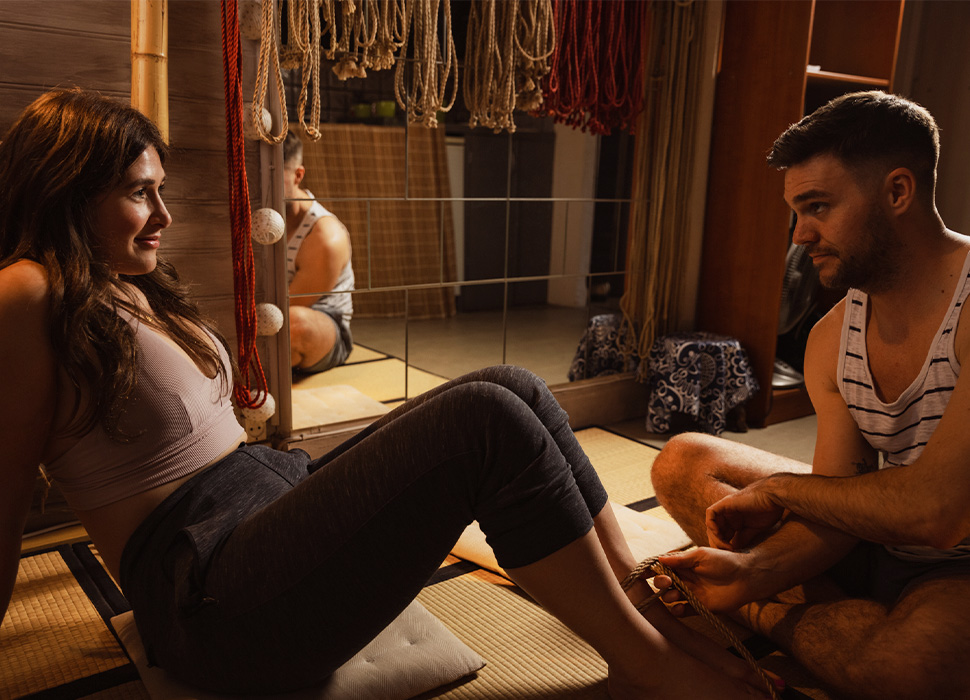 Victoria and Nick discuss their boundaries

Seb and his wife Malice (they met through shibari, of course) are at the forefront of the Parisian scene. The pair run monthly group classes at Shibari Art School in the 20th arrondissement, while Seb hosts private sessions at smaller studio space Le Nest Kinbaku, in the 16th. It’s here, sat on a tatami mat in a zen, incense-scented room, that Nick and I get our first introduction to shibari. 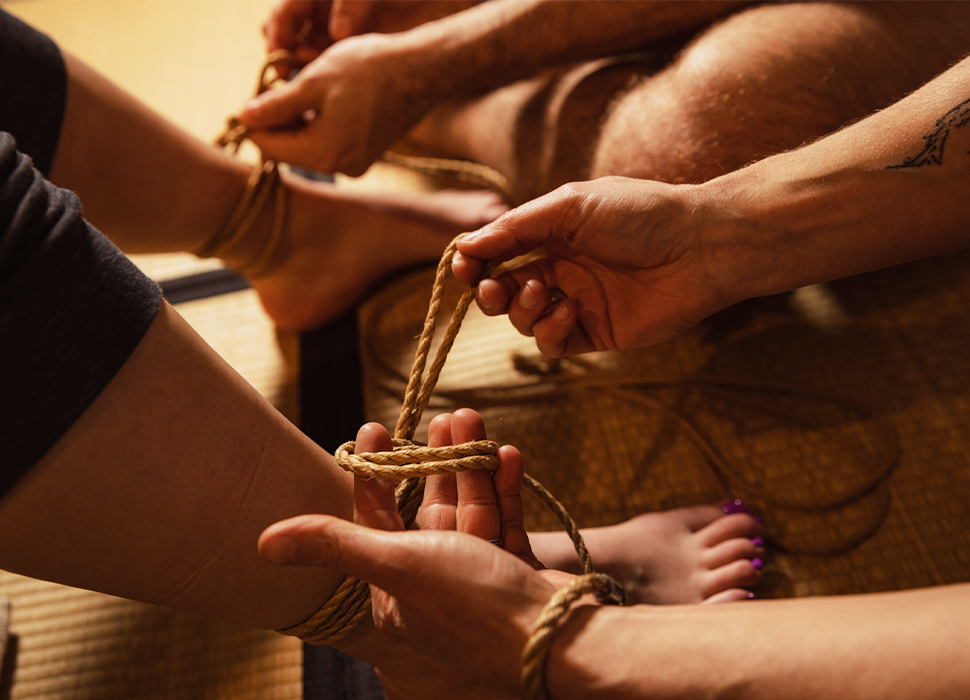 The knotty subject of ropework commences

I’m the one being tied up first – I get my turn to learn the ropes later. My job is to enjoy the sensations (simple enough) and to not give my body easily to my partner, who has to ‘capture’ me. As a polite and accommodating Brit, I find this second task a little harder. My boyfriend’s job is to follow Seb’s teachings and learn the three fundamentals of shibari: a base knot, a harness and a constraint. 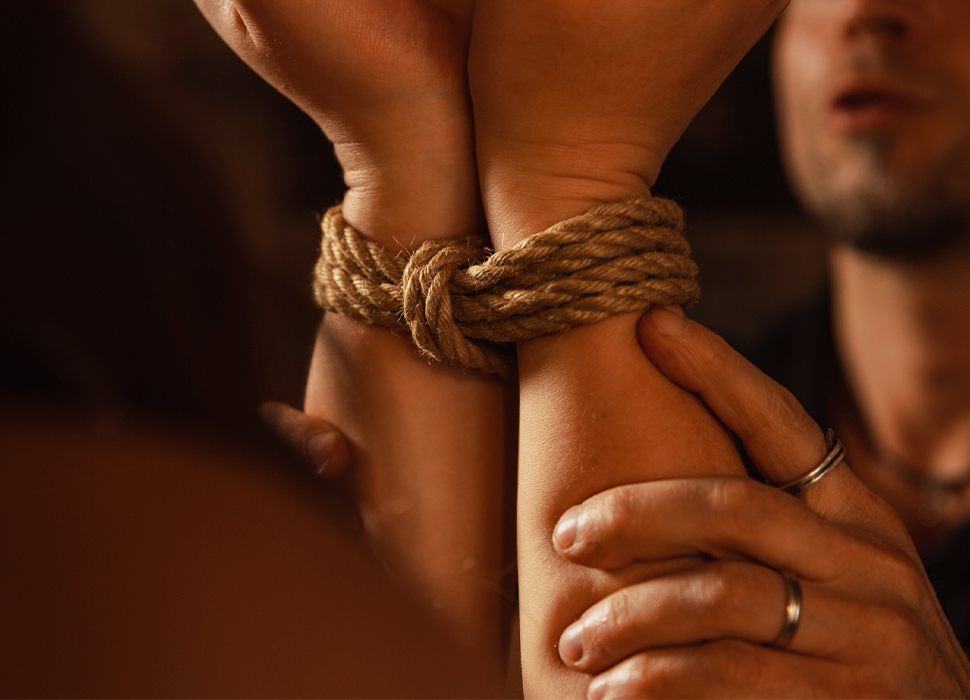 Shibari isn't just a fruity pasttime – it's about human connection

“I think that’s one of the reasons why it’s becoming so popular. We’re increasingly withdrawing from reality and living in a virtual world, away from true connection. Shibari kinbaku, however, is something human, real, concrete. You have to have someone in front of you and touch them and play with sensations. It’s something people are realising they’re missing and seeking out.” 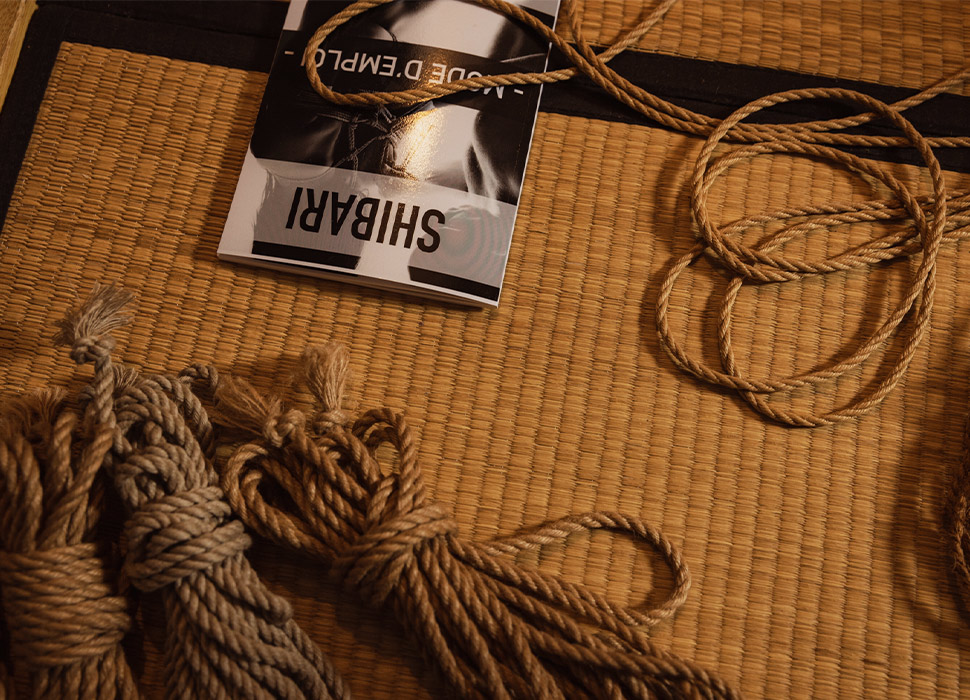 Shibari ropes waiting to be deployed

With that, Seb puts the rope in Nick’s palm and instructs him to place the back of his hand on my calf. “At the start of the ritual, take a moment to look at your partner and connect. Begin with skin-to-skin contact, transmitting your intention through that touch,” he says. “Then focus on that intention as you make your knots.”

Nick begins. As he tugs the rope around my legs and starts forming the base knot, I can see from the look on his face that his only intention right now is to show off that he can get it right. But the more he grasps the basic ties, the more attention he can give to the emotional side. 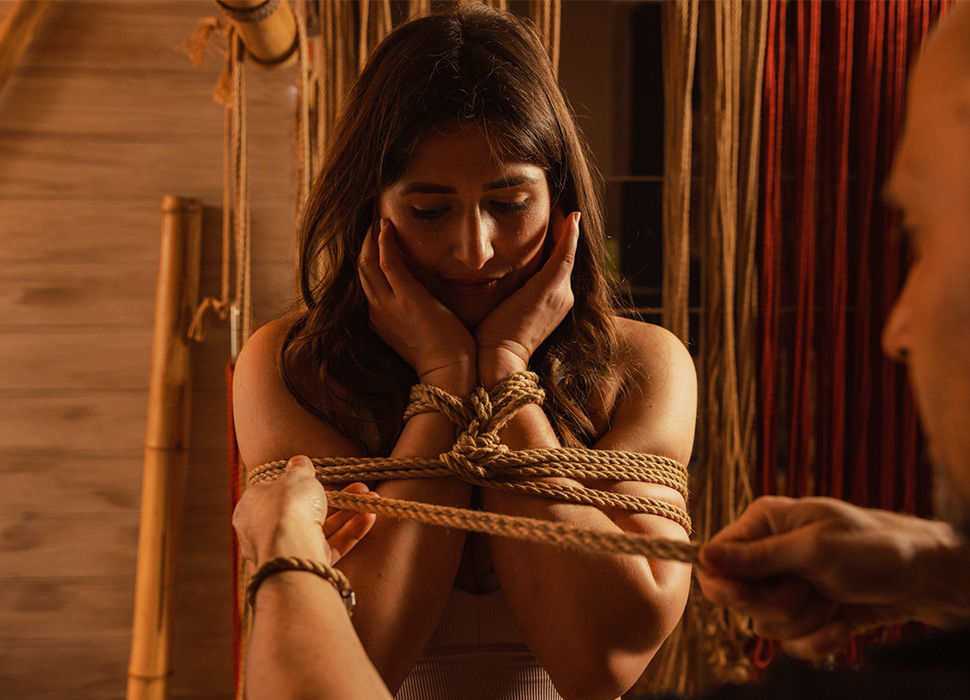 Our writer gets meditative

Standing me up, Nick begins to bind my arms to my chest. He’s gentle, never pulling too tight. The rope feels good running along my skin. He leans in again and again to wrap it around my body and occasionally, when our eyes meet, I feel my stomach flutter. The room is quiet, save the sounds of our breathing and pieces of rope brushing against each other. Although Seb is in the room observing, it’s as though there’s no one in the world except for me and Nick. We’re totally absorbed in what we’re doing together; it’s almost meditative. 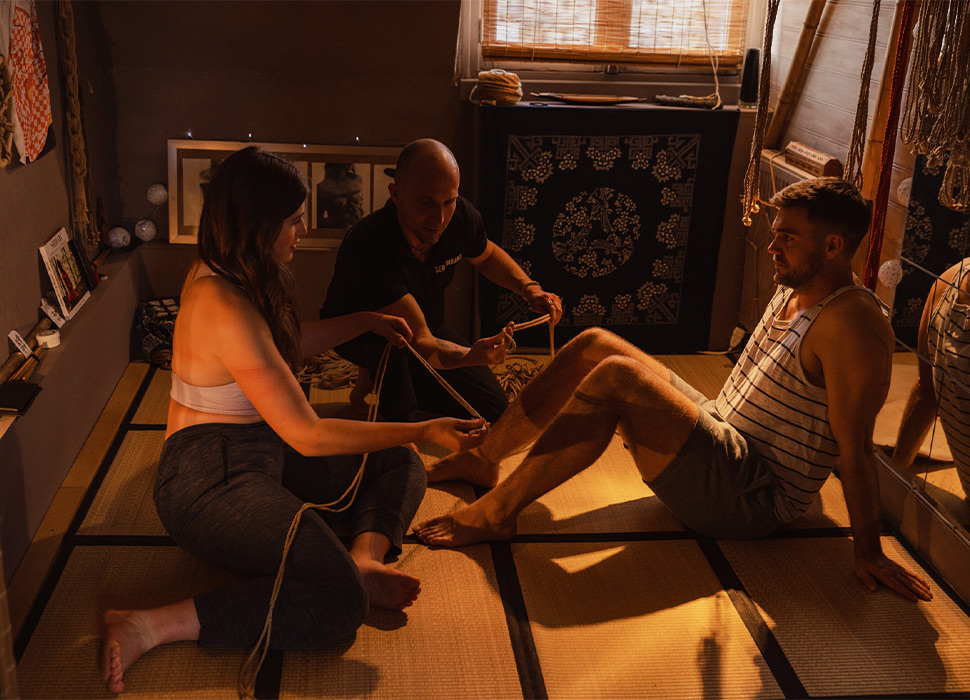 According to Seb, the Japanese don’t consider shibari kinbaku as a preliminary stage to sex or as a sexual game, but rather as sex itself. That the discipline is sufficiently rich in emotions and connection to be considered as sex. And while I’m not ready to give up, erm, traditional lovemaking just yet, I can definitely see the benefits of introducing Japanese bondage into one’s relationship. Now all I need to do is figure out whether I can carry ropes in my hand luggage… 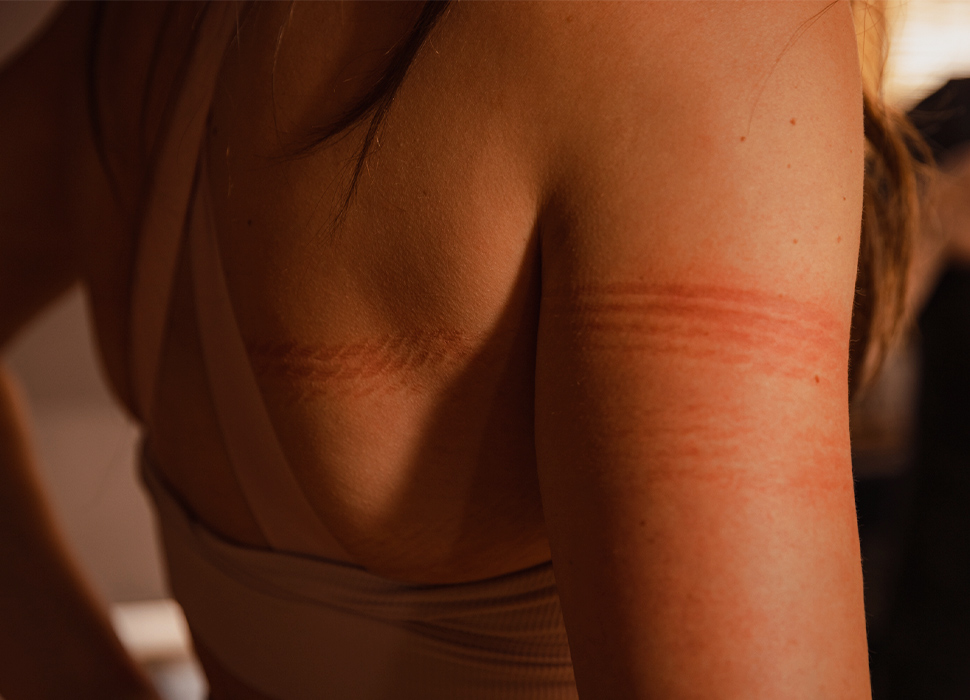 The minor rope-burns are a kink concession 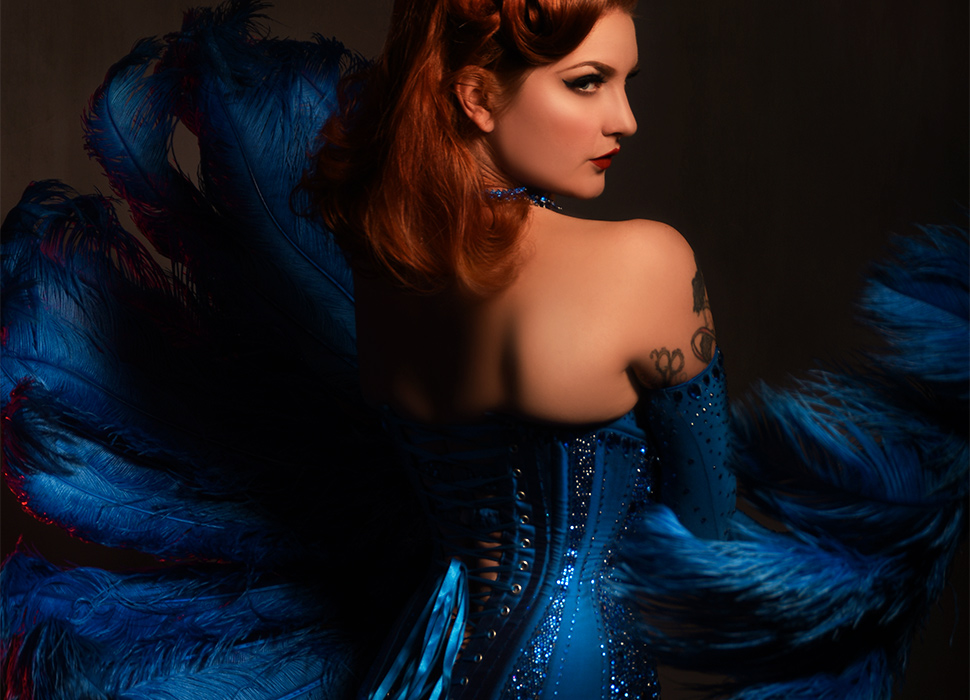 Learn burlesque from the queen of striptease in Liverpool
Millie Dollar has been performing burlesque in this northern city for more than 15 years and is giving away all her trade secrets to those who take part in her Dollar Bills workshops. Join them on Wednesdays at Live Wire Dance Studio.
facebook.com/milliedollarbills/

Go to a sober sex+ party in Vienna
Those who want to explore their sexual desires in a sober sex- and body-positive space can visit self-described ‘adult playground’ The Parallel Universe. People of all sexes, genders, orientations and relationship styles can get involved the workshops, performances, connection games and dancing.
theparalleluniverse.org