The French capital is beloved the world over for its cuisine, but how do you know which are the crème de la crème of Parisian eateries? We've sussed them out 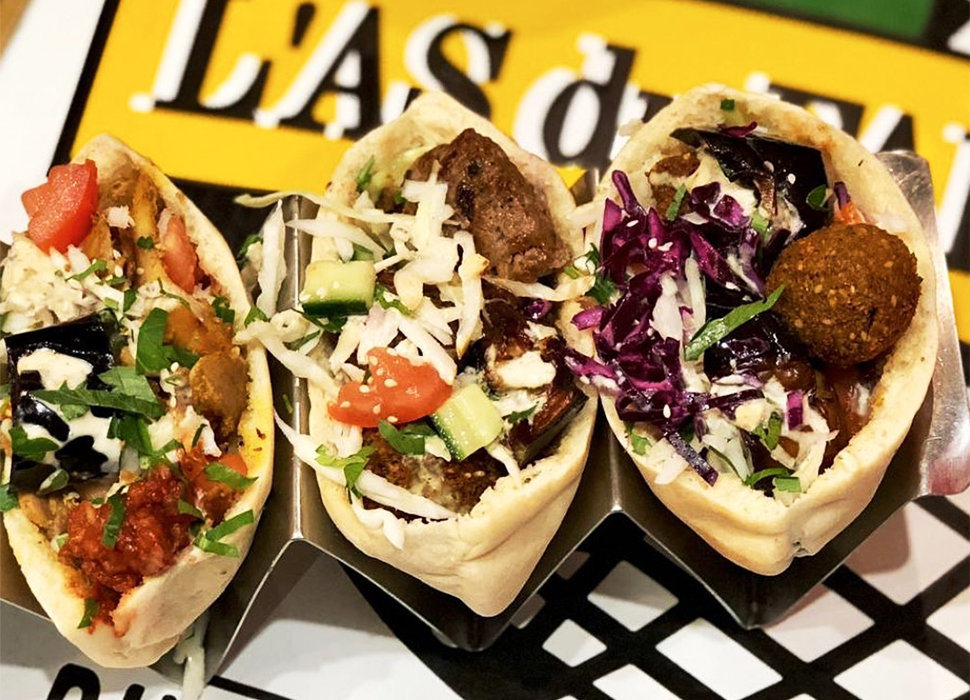 An oldie but a goodie, L’As du Fallafel has captured the heart of many a visitor. Snag a spot in the long queue (never fear, it moves fast) to grab a pita filled to the brim with fresh veggies, creamy hummus, fried eggplant and some of the crispiest, most flavourful falafel you’ve ever tried. L’As is closed for Shabbat from Friday evening through Saturday, so stop by on a Sunday or Monday when other Parisian establishments shutter.

Just steps from the Seine in the 6th arrondissement, Le Christine effortlessly blends tradition and modernity. The dining room’s warm light and exposed beams create the perfect environment for unique approaches to classic French ingredients, from Mediterranean tuna with Timut pepper and ginger sorbet to piglet with anchovies and preserved lemon. Do not miss the lemon cake for dessert. 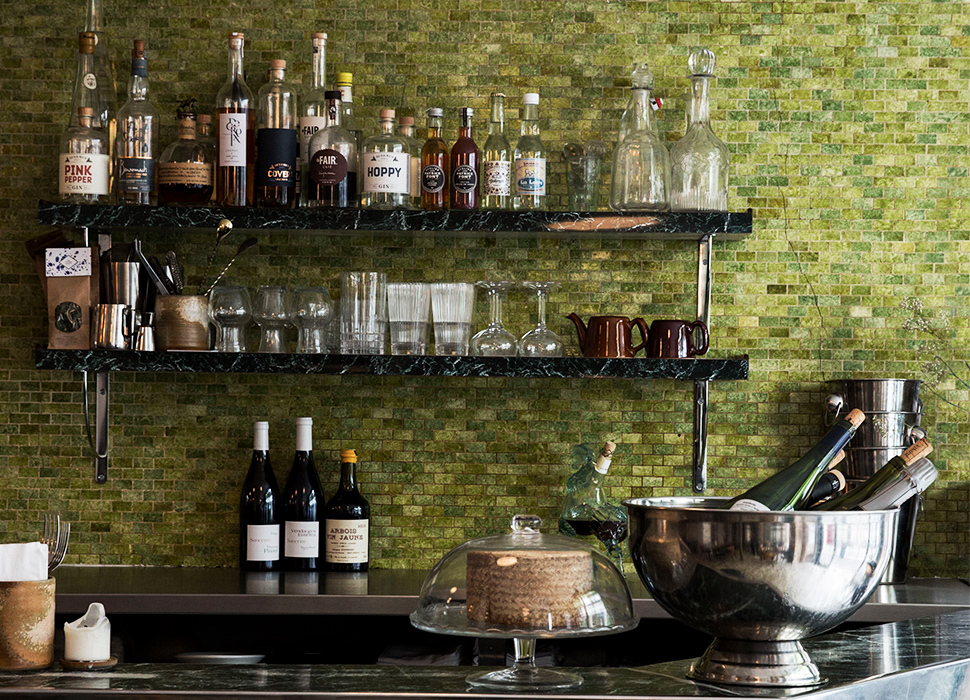 Le Saint-Sébastien has 800 bottles of wine on its list / Image: Jade Quentin

Down a quiet little street in the 11th arrondissement, this restaurant is one of Paris’s finest recent openings. The short-and-sweet menu curated by American chef Rob Mendoza offers a panoply of veggie-showcasing dishes, many of which have a Mexican twist, such as cauliflower mole or aguachile. An 800-bottle-strong wine list and a friendly front-of-house team seal the deal (and quickly turn first-time visitors into regulars).

A good steak-frites can be hard to find in Paris, but Le Sévero has you covered. Former butcher William Bernet ages all of his steaks in-house, serving them alongside a pile of crispy, house-made fries – it’s hard to beat. Appetisers often include one of the best boudins noirs (black pudding) in Paris or delectable charcuterie. Be sure to reserve: this tiny dining room is always full. 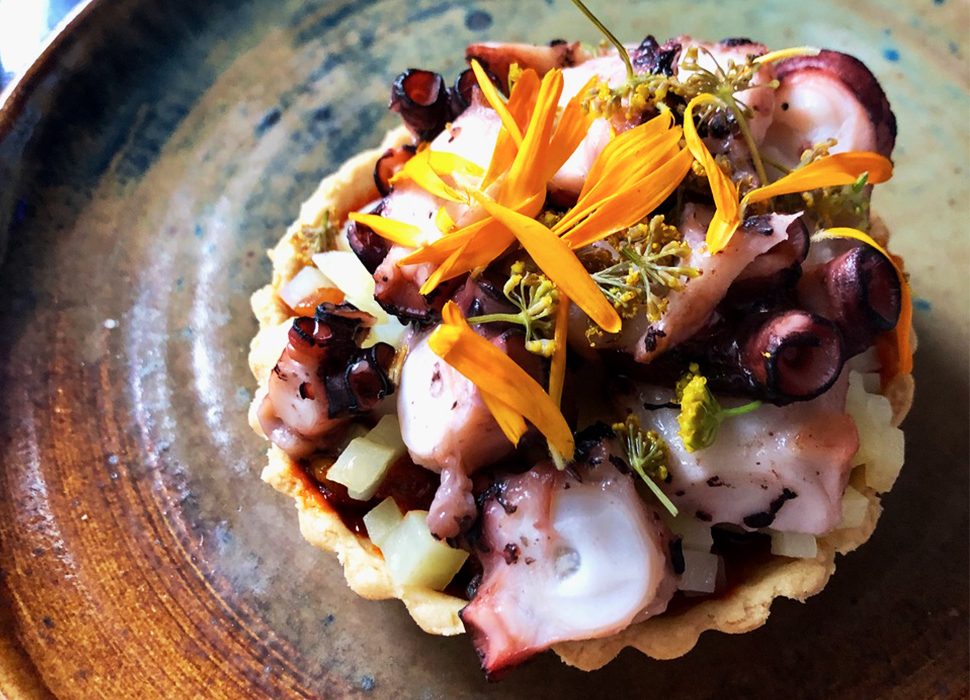 Delicate small plates are the name of the game at Martin

This local fave on the border between the 3rd and 11th arrondissements is a wine bar/small plates restaurant that seems to turn into a block party come closing time. Grab a seat on the terrace for a glass at 4pm; by 7, the kitchen will be firing out veggie-forward small plates, many of which are made using produce grown by the restaurant in the Loire. Either way, be sure to get there early – Martin does not take reservations, and it fills up fast.

This refined bistro from Christian Constant is a stone’s throw from the Eiffel Tower. Constant likes to use cute little cocotte dishes both as cooking and serving vessels: menu choices may include stewed cod, cottage pie or cassoulet from the chef’s native southwest. An assortment of other bistro classics like steak tartare, house-made terrine and a delectable chocolate mousse round out the menu. 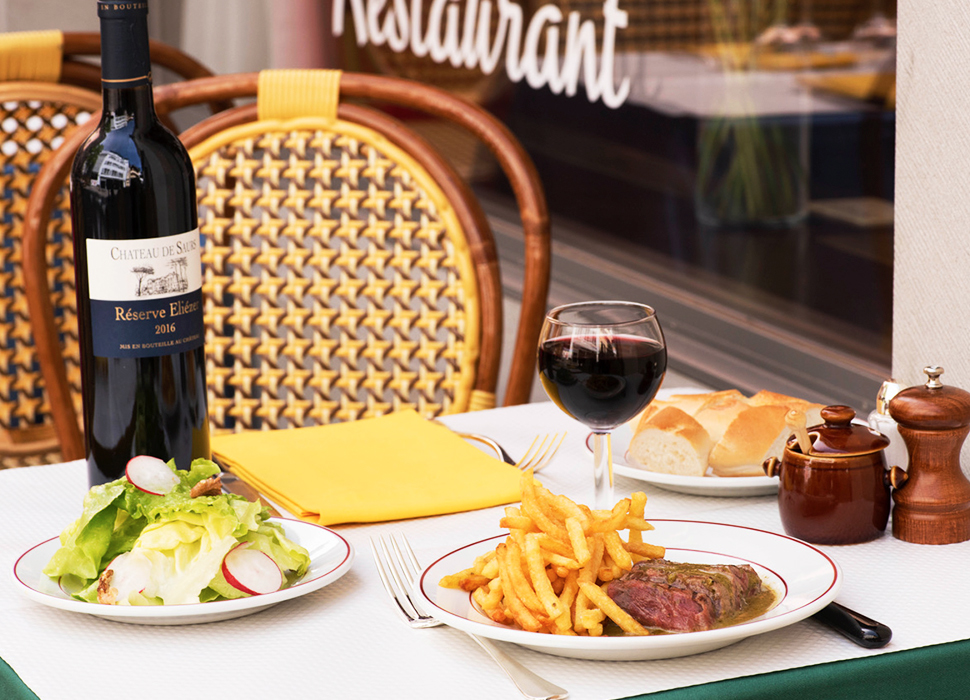 A meal at le Relais de l’Entrecôte is an experience, from the queue around the corner (no reservations here!) to the old-school uniforms and the lack of menu. There’s just one thing on offer: steak-frites served with an inimitable cream sauce replete with tarragon, Dijon mustard and a whole lot of butter. Your waitress will ask just one question – How would you like it cooked? – before serving an appetiser salad of frisée and walnuts and two portions of steak-frites. A dessert cart of house-made cakes and tarts finishes off the experience perfectly.

Cheap bistros were once the bread-and-butter of the Paris dining scene, but a good bistro is harder to find these days. Luckily, there’s Le Maquis, a sweet little restaurant on the non-touristy side of Montmartre with an ever-changing chalkboard menu, an almost criminally cheap lunch special and a host of natural wines to try. Dishes may include modern plays on such classics as leeks vinaigrette or cod with beurre blanc. 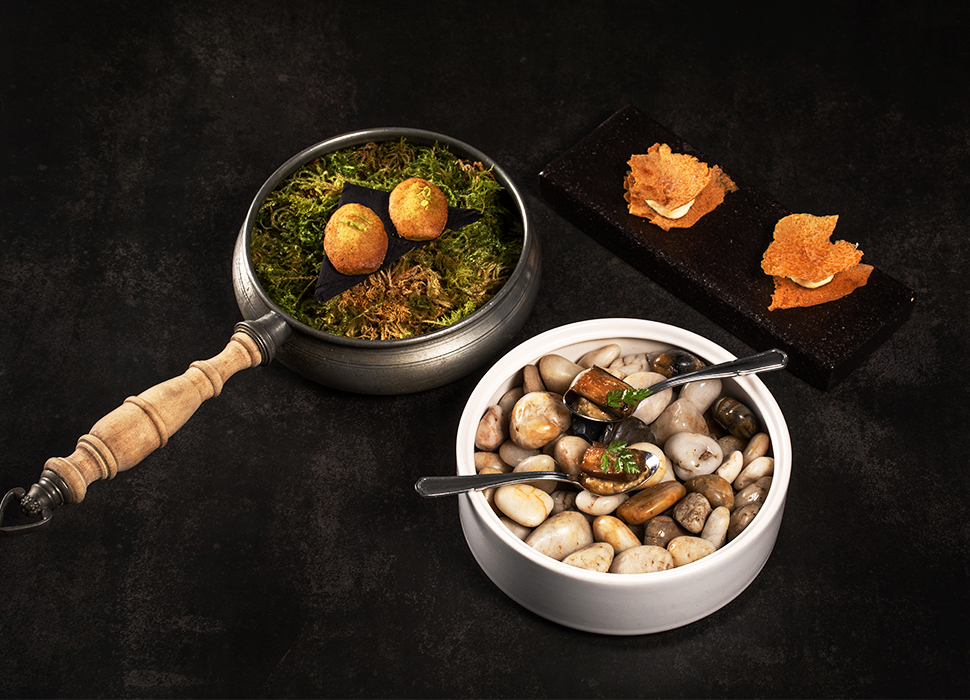 An alum of haute-cuisine fave Le Bristol, chef Jason Gouzy evokes Renaissance writer Rabelais’s gluttonous giant Pantagruel in his restaurant in the 2nd. Here, mains are actually a parade of three smaller ones, each of which uses the same main ingredients in novel ways.

Also an excellent modern bistro is the 11th arrondissement Loupiotes. It’s known for its rotisserie but stands out for being one of the only bistros in Paris that pays more than lip service to vegetarian options. The seasonal offerings are so creative that even omnivores may shirk the (unmissable) roast chicken in favour of stuffed pumpkin with fig cream or vegetarian pastilla with ginger-beetroot salad. 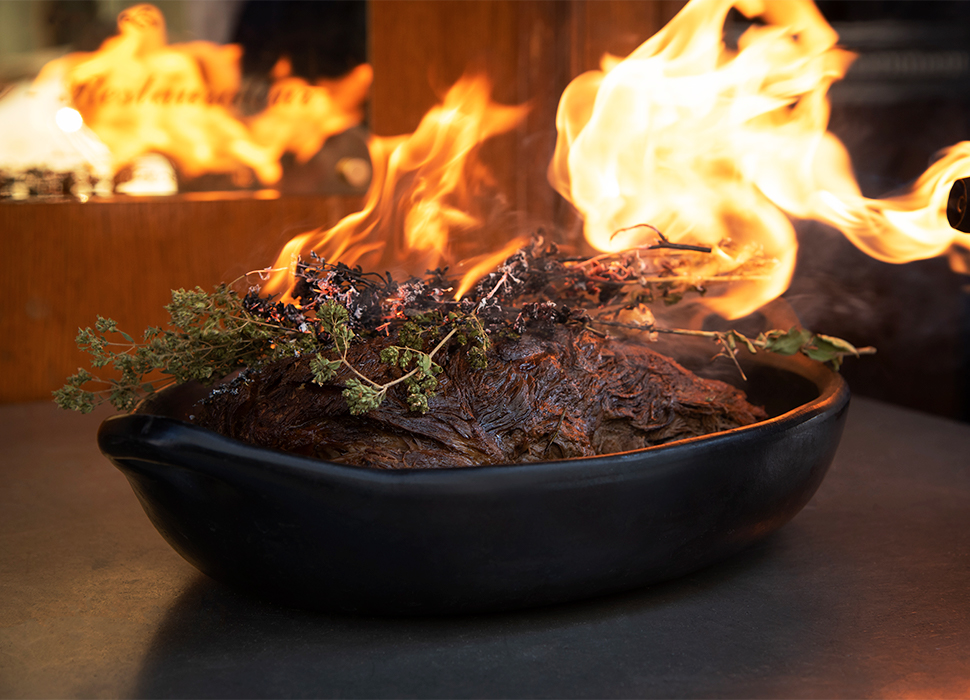 Chef Stéphane Jégo has turned this Basque restaurant in the 7th into a veritable Paris institution, known for its substantial tasting menu. A regularly changing menu may include all variety of creamy velouté soups, savoury roasts, and more. The only permanent item? The famous house rice pudding, served with homemade caramel in a bowl designed for sharing.

The team behind Massale also got their start at Le Bristol and have brought the same precision to this far less fussy restaurant known for its natural wine list, many of whose references hail from the under-appreciated Jura region. A regularly changing menu of seasonal choices tends to highlight bistro classics such as skate wing with beurre blanc or beef with carrot purée, usually with a modern twist. 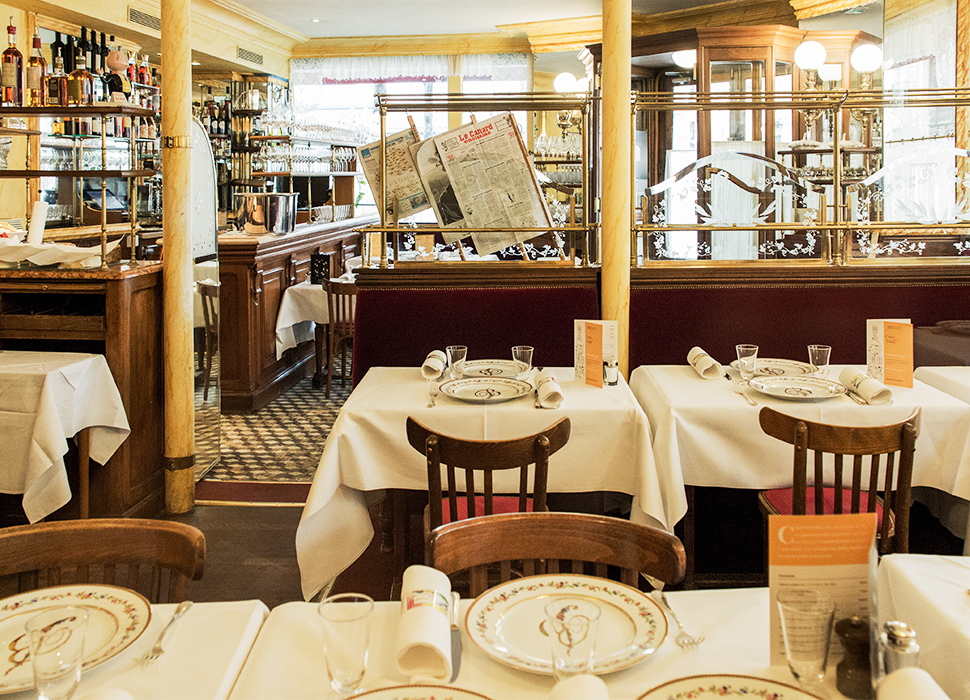 The Alain Ducasse empire thrives in Paris, and if you need to pick just one spot of this superstar chef’s to visit, it should be Benoit. Opened in 1912, it’s one of Paris’s few authentic bistros, with a menu of classics like foie gras, scallops, beef fillet with macaroni au gratin and escargots. The dining room is a step back in time – in a good way.

Vegetarians may want to steer clear of Raquel Carena’s le Baratin, an institution for lovers of offal. The chalkboard menu, more often than not, features all variety of organs from tripe to sweetbreads to liver. Carena’s husband is in charge of the wine list – one of Paris’ best. A favourite among Belleville locals. 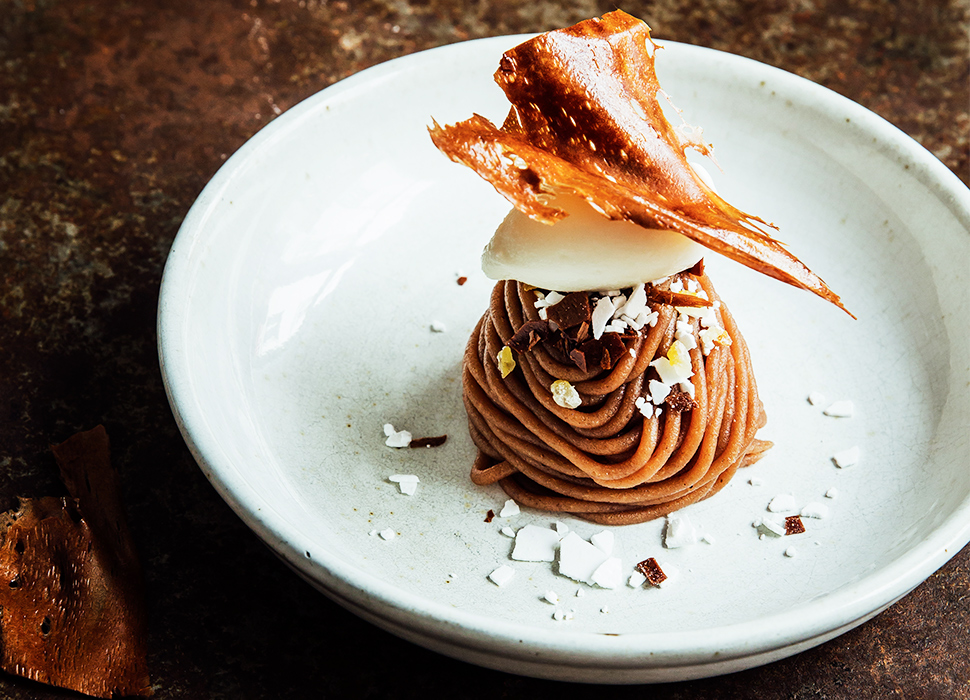 The dessert of our dreams at Frenchie / Image: Virginie Garnier

Grégory Marchand has taken over the diminutive Rue du Nil with his Frenchie empire, which includes a restaurant, wine bar, takeaway shop and wine cellar. The wine bar is a local favourite: no reservations, but the first-come, first-served, small plates model makes for a snappy turnaround. The Michelin-starred restaurant, meanwhile, has a creative, contemporary prix fixe menu that makes it the perfect special occasion locale.